This video and article are part of the Female Artist biographical film project described here. 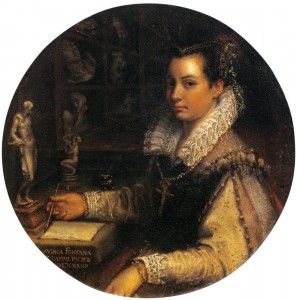 Summary: Lavinia Fontana was born into an artistic and middle class family in Bologna in 1552. Her talent and promise as an artist was recognized early in her childhood, for while Lavinia had numerous brothers, her father Prospero, himself a successful artist in Bolognese society, understood that among his children, it was Lavinia who had inherited his skills as an artist. She is the first female artist to paint nude figures; and she may be one of the first female artists to train apprentices. Lavinia Fontana died in Rome in 1614. Through her unique education, talent, and artistic development, Lavinia Fontana was able to redefine perceptions of female artists, and the potential of a woman’s success and greatness in Renaissance culture.

If you liked this film you may also like the students’ take on Elisabetta Sirani.