With Valentine’s Day just around the corner, let’s take a look at “love” as its shown in my art period of choice, the Italian Renaissance. You’d think it’d be easy to find artworks that represent love, but as I already found when I collected art of all ages showing kisses, physical love was not really something to put on public display during the Early Modern age. Images of love and sex in Italian Renaissance art can be classified as either metaphorical, moments from mythology, or private documents.

Mythology helped create excuses to show scenes of luscious females being abducted, usually by gods who take on animal form. Titian was very good at this kind of thing – his Rape of Europa, for example, shows a woman being abducted by a bull who is actually Jupiter. There is an excellent analysis of this painting on the Isabella Stewart Gardner Museum website. 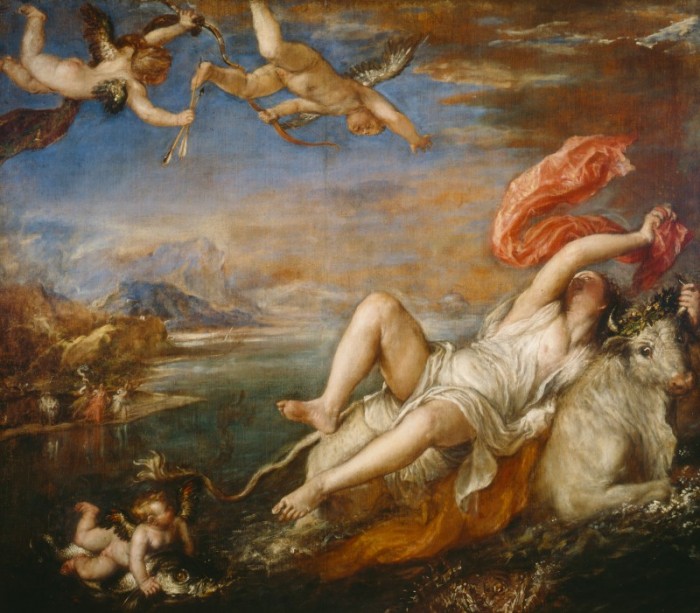 Another popular animal/human intercourse was that between Leda and Zeus in the guise of a swan, which was represented by both Leonardo and Michelangelo, and both of these paintings are lost (deliberately?) but known through numerous copies, attesting to their appeal at the time. The Michelangelo version was the subject of an exhibit curated by Jonathan Nelson at the Accademia a few years ago. Here is a drawing by Cornelis Bos after the lost Michelangelo, showing that the great artist cuts to the chase about the sex act, placing the swan firmly between Leda’s legs. 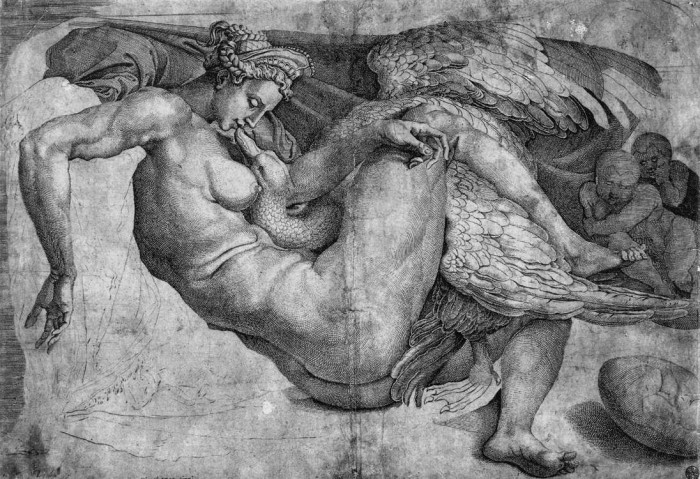 Cornelis Bos after Michelangelo, drawing, Leda and the Swan

Art historian Irene Backus drew my attention to a modern GIF animation of the Leda and the Swan that was removed by police from a gallery in London for “condemning bestiality”, proving that this image still “causes ripples” after all these years. 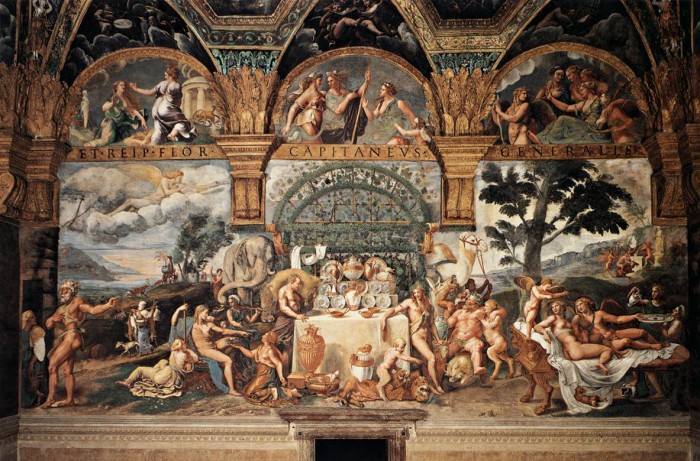 The concept of love is also expressed metaphorically; here, if you’re looking for something racy and physical, you’re likely to be disappointed. The first painting that springs to mind is Titian’s allegory of “Sacred and Profane Love“. Basically, this painting is intended to express (and teach) the difference between being a slut and being the kind of woman you’d want to marry, based on a concept of twin Venuses outlined by Ficino.

Most other metaphorical expressions of love use Cupid as a symbol. Faithful friend of Venus, Cupid shoots lovers and shows up playing in just about every scene of “love”, including in Europa, above. A book published in 1608 in Northern Europe but that circulated widely in print, called Amorum Emblematum, pretty much definitively sums up everything you’d want to metaphorically say about love. In the page shown below, true love (gold) is tested by two Cupids. 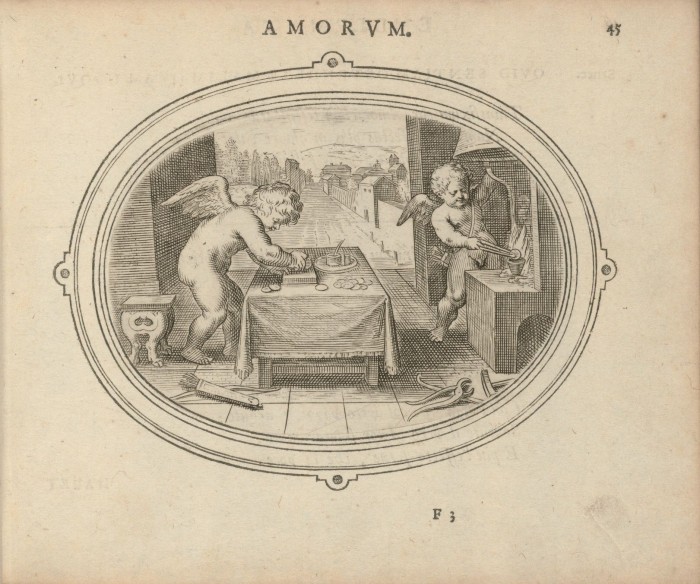 For your eyes only

The printing press allowed for the diffusion of cheap and private images – private in the sense that they didn’t have to hang on the wall, not that nobody saw them! With it came racy, tongue-in-cheek treatises on sex and love – like Machiavelli’s satirical play La Mandragola published 1531. 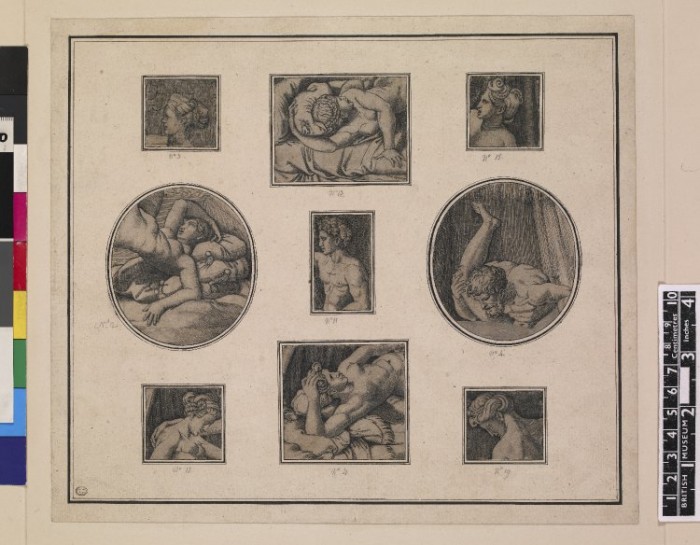 Another series of engravings, Jacopo Caraglio’s The Loves of the Gods, after drawings by Rosso Fiorentino and Perino del Vaga, had greater fortune thanks to the rather transparent disguise of the subject (“gods”) – it was even praised by Vasari. Nonetheless it was no less racy than I Modi, it just had this veil of mythology superimposed on it. 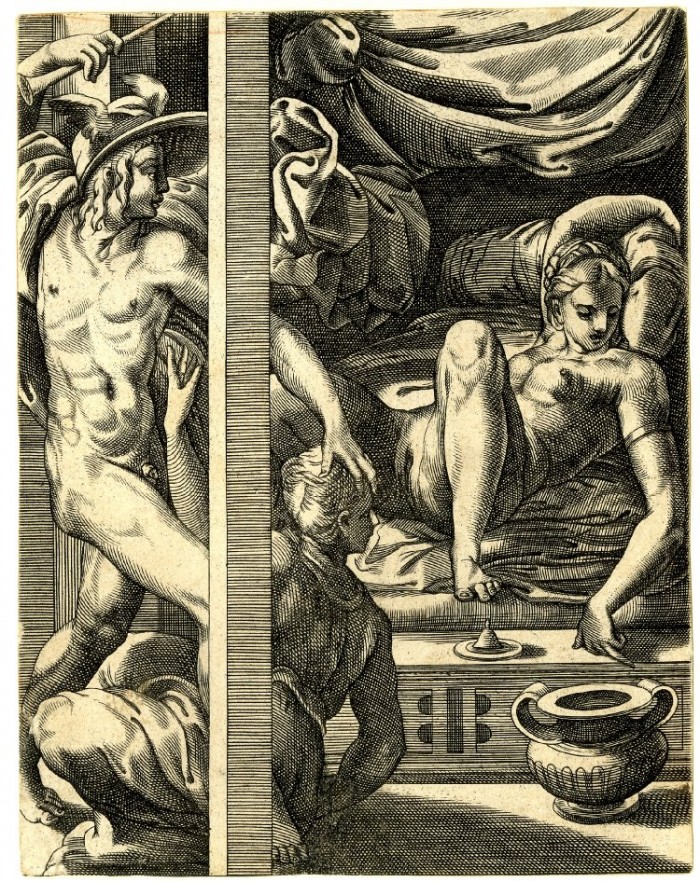 Paper is the private medium par excellence, so I leave you with the best love letter of all time, Michelangelo’s “presentation drawing” that he sent to Tommaso Cavalieri, for whom he claimed to have had strong Platonic love. Mythological, private and passionate, it’s probably this period’s sexiest work of art. 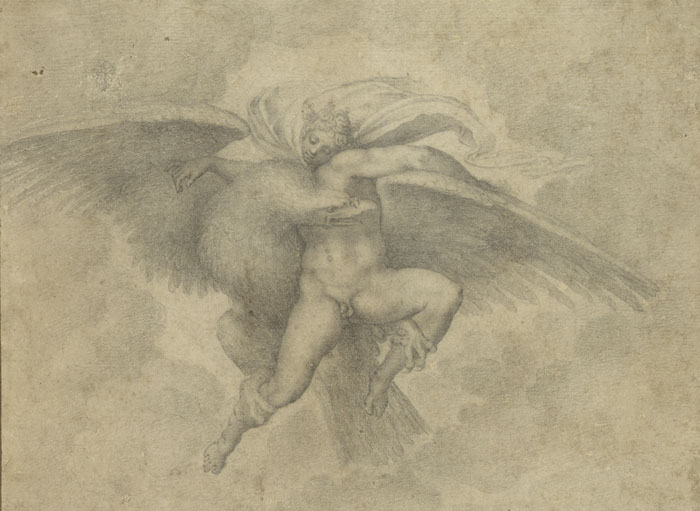 A lot of good books have been written on the topic of love and sex in the Renaissance.

For a fun fictional account of the story of I Modi, check out Hellenga’s The Sixteen Pleasures

Sarah Dunant’s In the Company of the Courtesan

is a well researched book set in Renaissance Venice around the Sack of Rome (1527) in which I Modi make a fictionalized appearance.

I have Alexander Lee’s book The Ugly Renaissance: Sex, Greed, Violence and Depravity in an Age of Beauty

on my desk to be reviewed – it’s a thick tome, though intended to be readable by the general public. If you decide to read it, let me know what you think. I promise to get to it soon.

Another general public book that talks about some amusing aspects of sex in the Renaissance is How to Do It: Guides to Good Living for Renaissance Italians

, which similar topics to those found in more academic books, but does away with footnotes and heavy-handed writing.

. While some parts may tell you more than you wanted to know, the introduction and first chapter are straight up the best thing you can read on this topic.

For visual fun, try the exhibition catalogue of the V&A exhibit from a while back, At Home in Renaissance Italy

, which has fascinating sections on home life, female roles and more.