If Naples is “Italy’s most misunderstood city,” I have to wonder why. And in my case, I felt the need to understand it better. By going there. But before boarding the train, I read everything I could easily find, and compiled it into a brief history that helped me feel more comfortable with it. Which I will now share with you. 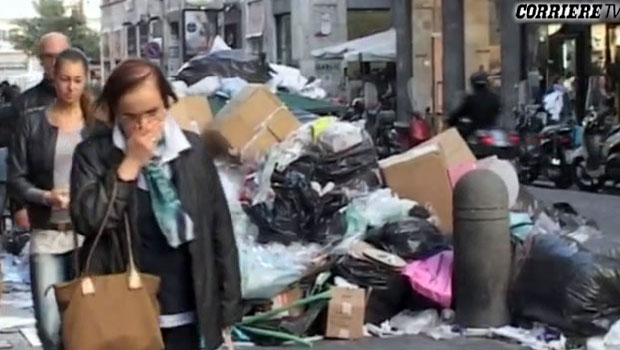 I started with the premise that what I associated with Naples was basically mafia, pizza, and garbage crises and that this was thanks to the media, so my impression was likely to coincide with that of most people, unless they had the opportunity to become better informed than I.

NAPLES is a city of great historic wealth, in an area of unparalleled natural beauty. It is also the city with the highest unemployment rate in all of Italy, and the city from which hundreds of thousands of people have emigrated, often to the United States and Canada. These Italo-Americans brought with them the values that helped set up our stereotypes about Italians – in particular, the olive-garden like family brought together through pasta. This is an Italian value that is impractical in the modern age (like the ad below in which a family is reuinited at home for lunch), but still practised whenever possible.

While Barilla pasta is made up north in Parma, in Naples they invented the Margherita Pizza. They also seem to have invented the concept of “casino”, crazy noise, busyness, that we associate with much of Italy. They also, in the modern imagination, invented criminality and the mafia. I’ve been trying to reconcile the political, social, and physical reality of this region with the happier stereotypes and the rich history of its past.

Naples in the media 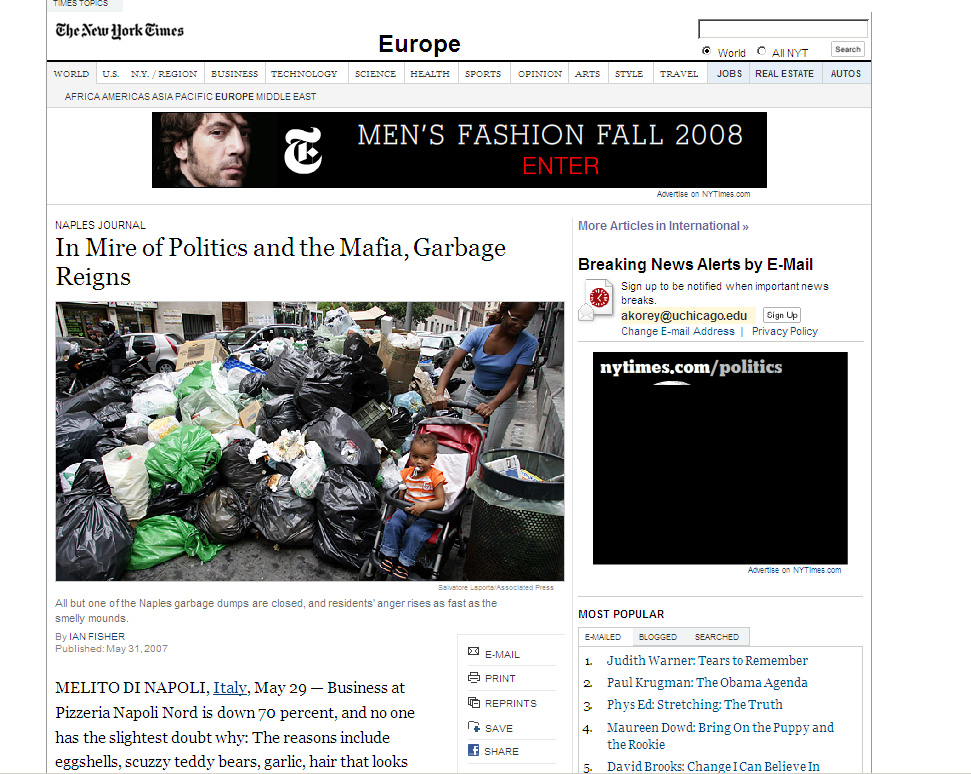 Summer 2008 saw a massive garbage “strike” that caused garbage to pile up in the city and on the streets of the whole region; this was a complex event that was caused, essentially, by the presence of special interest groups controlled mainly by the local mafia, called Camorra, which had dominated the garbage collection business.

A daring young author, Roberto Saviano, published a best selling exposé of the Camorra in which he denounces the violence of the city that he witnessed personally as a police sponsored spy. He’s been under police protection since october 2006 since his book had huge success, he admitted to being a spy, and he received death threats from the mob. The extremely violent movie Gomorrah won the grand prix at Cannes. 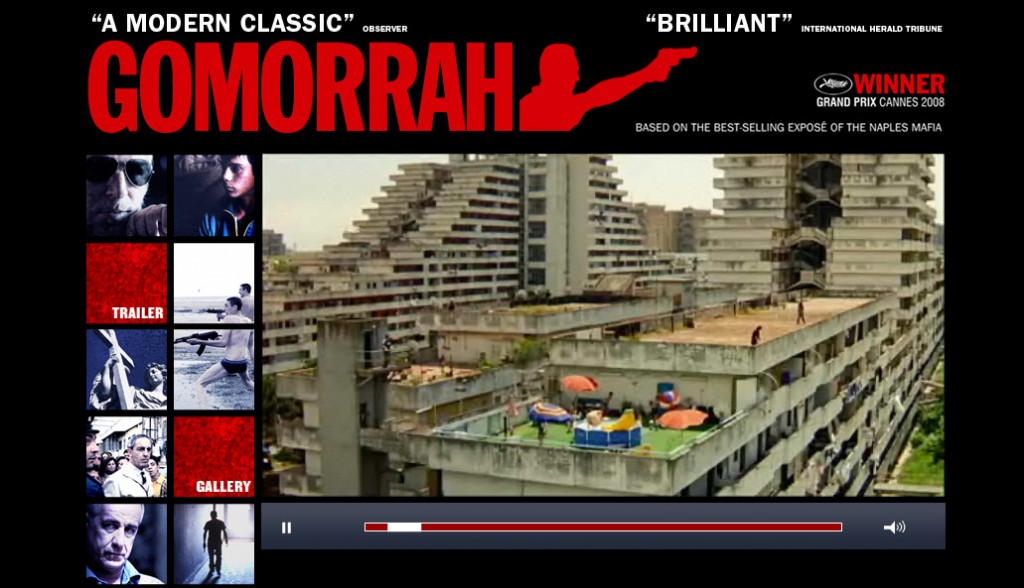 The movie’s trailer opens with an arial shot of the dangerous suburb of Scampia, a fascinating testimony to the urban growth and degradation of the 1980s. I have always been interested in housing projects, and in monolithic concrete architectural “solutions” in general; for years I’ve wondered how anyone could ever think this was a good idea. Don’t worry, should you go to Naples as a tourist you will never visit this area. You can’t even wander into those areas by mistake.

So, I got to asking myself: how did Naples end up with areas like this; how did dishonesty and poverty overcome so much of this rich culture? Naples is now an urban sprawl with over one million people, with a current 31% unemployment level according to official sources (some less official ones say 40%). For comparison, Rome has 2,700,000 inhabitants and the Italy-wide unemployment rate in 2010 is 6.2%. The answer, of course, is not straightforward, but the history of Naples and its growth gets me closer to an answer.

Super brief history of Naples and its visual consequences

Naples has Greek origins; conquered by the Romans who were interested in absorbing the Greek culture located there but not in improving the city in practical terms – it was an area for villas, parties, and intellectual discussion, not for average citizens who needed things like ampitheatres. Poor Naples, in the Middle Ages and Renaissance it always ruled by outsiders (byzantine, french, spanish…) who imported artists from their own countries or from parts of Italy that were best known for their art. There’s not much left to see from before the mid-15th century; rulers had to focus on defensive castles and urban planning more so than churches and art, and many things were destroyed in subsequent battles.

King Alfonso I of Aragon ruled in the mid 15th century and did much to beautify the city by importing artists like Laurana who he hired to add a famous marble trumphal arch to the existing 13th century castle. Conquered by the Spanish in 1506, spanish artists started to develop a local style hand in hand with real local artists.

Two visits by Caravaggio in 1606 and 1609 were decisive for neopolitan art, and is when it really came into its own. Caravaggio set up a workshop here that was carried on by his main disciple Caracciolo. The 17th and 18th centuries were successful times for Naples, and a time when Baroque art flourished there. There was a succession of Kings from the major European dynasties that attracted all sorts of courtiers and aristrocrats whose money poured into the city’s building projects. In the mid 18th c they discovered the ruins of Pompeii and this attracted tourism to the area. The city grew to a population of 500,000, one of the largest cities in Europe, with all the consequent social problems of a city that size, but in part under control by the strong local government. 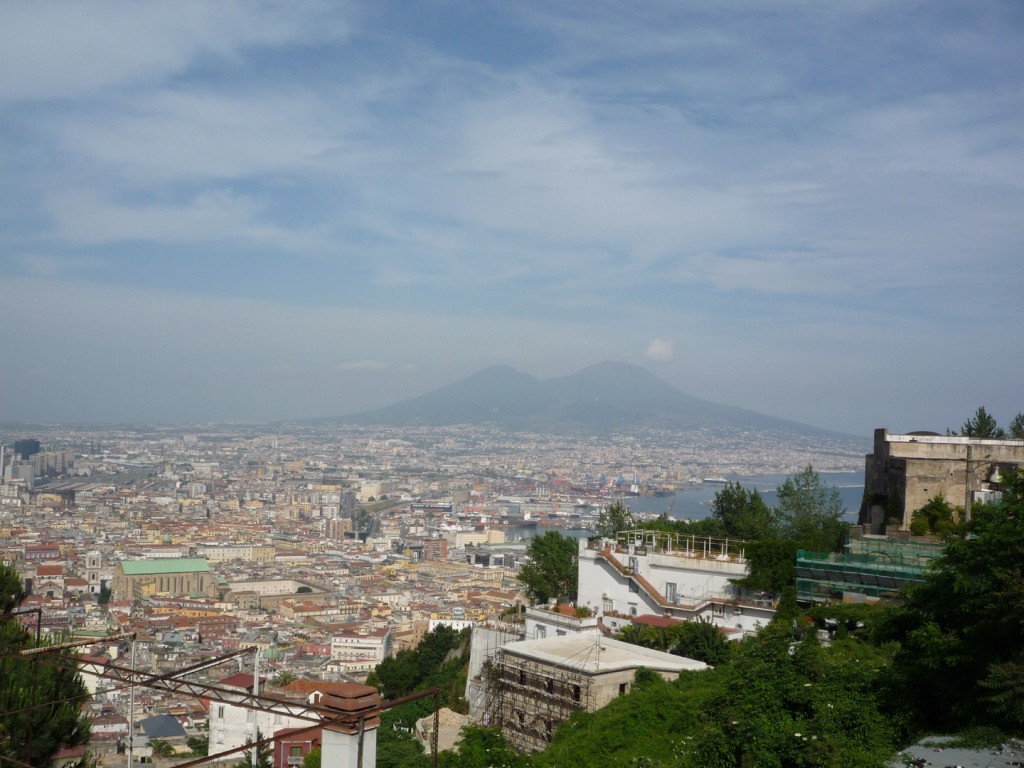 The downfall of Naples seems to start mainly with the unification of Italy in 1860. The capital was Torino, then Florence then Rome, and Naples seemed so far away and south – out of sight out of mind. The large population, which had caused the city to expand haphazardly, suddenly had nothing to do! No agriculture, no industry… These people were administrators and the whole government body of a kingdom that was no longer. So they finished some building projects that had already started, but suddenly there was a lack of close control as the administrators of the kingdom proved inefficient on a local level. Poverty was rampant and nothing was done to help the poorest members of society; bad hygiene caused outbreaks of disease; there was desperate need for a new port and transportation system to bring Naples into the modern age.

From 1889-1918 there was a controversial project to clean up the city by tearing down old popular areas and building impressive boulevards and buildings. This did not entirely solve the problem, and perhaps caused more problems. Meanwhile, population continued to grow and despite some efforts, degradation continued.

Only in the past 20 years have both central and local governments taken an iron fist approach to crime in Naples and have done so much to improve every aspect of the city. In cleaning up the city they have made it safe and accessible for tourists. The brand new subway system works great. A new museological system has signs and visitor facilities that were not there when I first visited 10 years ago. The unique cultural background of Naples shows through in contemporary art and music that maintains a strong local and traditional base.

So I have answered my question somewhat: Naples prospered in the past under strong local administration, but has suffered since unification and the presence of a centralized government that did not want to deal with it. Finally it is improving again as these entities are working together and the local government is strong and imposing.

Naples is no longer too dangerous to visit as long as you keep your wits about you as you would in any other city. And although we’re seeing piles of garbage featured on all the news channels, I can’t help but think that it’s exaggerated. I visited during the 2008 garbage crisis; it was August and so you’d think it would have been hot and stinky. Frankly it wasn’t much worse than Florence; in downtown Naples I did not see piles of burning garbage or feel that my health was threatened. There’s no question that there is a problem there – with garbage and not only – and I don’t know the solution.

For my own visits, first with my family and then with 50+ students, I found it helpful to break down the city’s history in order to get at the reasons behind my own stereotypes. In the process of this research I also found out what to see in the area. Good planning is essential when you’re visiting a city that does have a bit of a dark side, especially if you’re responsible for the safety of others. If you’re intrigued by Naples but not sure you’d go on your own, consider using Context Travel’s Naples tours to get yourself oriented – they are a company I trust both for logistic and historical information.

What do you think? Have you been to Naples? Was it scary? garbage-filled?