On October 30, 1935, the city of Florence inaugurated its shiny new train station, Stazione Santa Maria Novella, designed by the great architect Giovanni Michelucci and partners (Gruppo Toscano) in 1932. On its 80th birthday, exhibits and events commemorate a public space that is still perfectly functional today, though we pass through it practically without noticing its beauty.

The history of this train station is interesting. You may know that Tuscans are rarely satisfied with new artistic proposals, and they often speak up quite loudly and publicly when they disagree. This happened with a previously proposed version of the train station that was begun by Angioli Mazzoni: a 1932 article in La Nazione newspaper kicked off such a massive polemic that they had to scrap the previous project! It was criticized for its monumentalism and ecclecticism.

The new public tender generated 500 proposals by 98 participants, and in 1933, Gruppo Toscano (composed of Giovanni Michelucci, Nello Baroni, Pier Niccolò Berardi, Italo Gamberini, Sarre Guarnieri and Leonardo Lusanna) won. Nonetheless, this wasn’t unanimously approved – the mayor of Florence didn’t like it, but the fascist government did! After some contestation, the contract was awarded to the tender’s winner, and construction proceeded at a dizzying pace with 700 men at work, so that it could be opened on October 30, 1935.

While Michelucci is a major proponent of the rationalist style, the architect himself declared that the building of Santa Maria Novella was born “in massima libertà, da tendenze diverse, con vari contributi che non rispecchiano un unico stile” (in total liberty, from different trends, with different contributions that don’t reflect one single style). 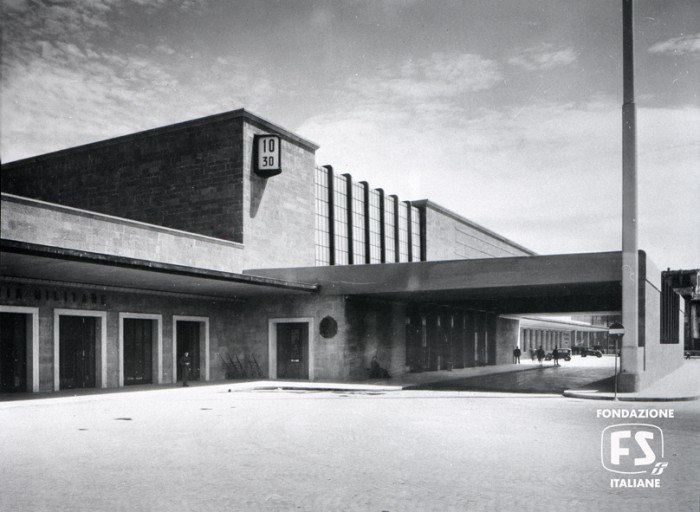 The new train station had to work within certain limitations. An adjacent post office and an essential floor plan already defined by Mazzoni were part of it. And the architects had to deal with the extreme closeness of the Gothic church of Santa Maria Novella, whose apsidal side is across from the station entrance. Their solution was of course criticized, but their explanation was that their solution of an accentuated horizontality and modernity expresses, on the one hand, a sense of being a terminal, the end of a journey, but is also intended to not rival the monumental verticality of the earlier building. 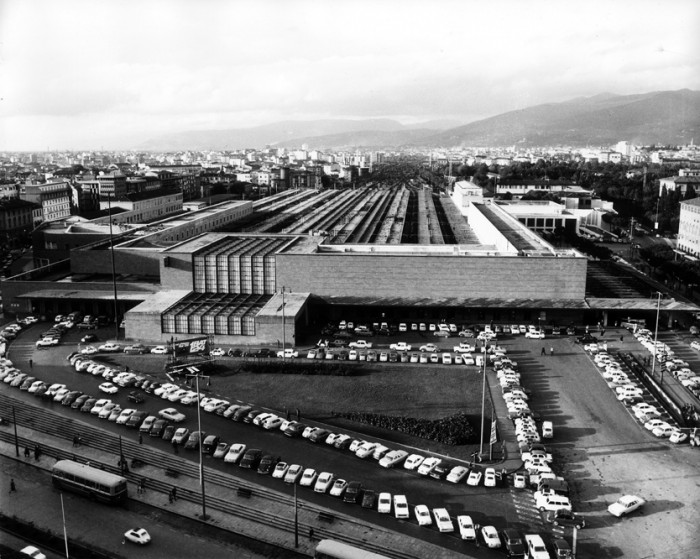 The exterior of the building uses solid, basic stones, punctuated by the large iron-framed window that has become a symbol of the station. Practically a “waterfall” of glass, the 2.4 meter high window illuminates the entrance hall and the train area behind it. By contrast to the staid exterior, the interior is richly decorated in coloured marble and brass. Bronze signs, perfectly integrated benches, bronze and crystal ticket wickets and even picture frames to show views of the city are all original and planned by the architects.

Despite recent upgrades, the station maintains its original harmony and function, resistant to age and change. 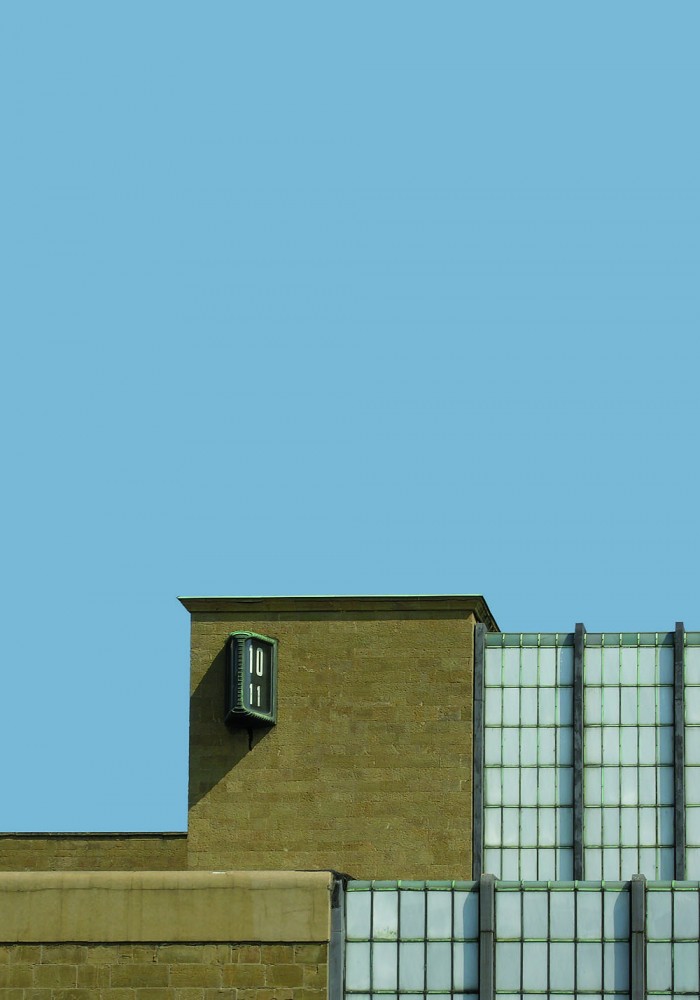 For information about the October 2015 events please see ArchitetturaToscana.it