Major events in Florence to help you plan your 2012 holiday 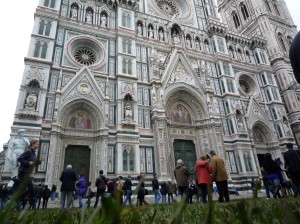 Piazza Duomo with a green lawn (a one-day event)

Beyond the many permanent tourist attractions in Florence and Tuscany, like churches and museums, temporary exhibits, major concerts, fairs and other events make life or a holiday here more varied. To help you plan your 2012 holidays in Florence and Tuscany, here is a description of events to look forward to. As these get announced throughout the year I will be updating the information in this post as it arrives.

Palazzo Strozzi offers excellent temporary exhibits in Florence and I always write about them here on arttrav. The Spring/Summer show this year is Americans in Florence. Sargent and the American Impressionists, which will be on from March 3 to July 15 2012. The contemporary area of this museum will show a related exhibit of contemporary American artists called American Dreamers. Reality and Imagination in American Contemporary Art from 9 March-15 July 2012.  After their summer closure, the main exhibit area will show The Thirties. The Arts in Italy during Fascism (22 September 2012-27 January 2013)

You should know that 2012 is “Vespucci Year” (Anno Vespucciano) in Florence, a year to celebrate the Florentine nativagor Amerigo Vespucci, who gave America its name. The Florentine newspaper is writing a monthly column (directed by yours truly) on this topic and we’re keeping an eye out for Vespucci events that celebrate relations between Florence and America.

Culture week 2012 (Settimana della cultura) is scheduled for April 14-22; there are free entrances to all state museums in Italy as well as various special visits, openings, conferences etc at this time (all announced rather last minute, usually on the Mibac’s official website in italian).

We are looking forward to Florens 2012 in November, a major international conference on themes related to cultural heritage, with associated events interesting to the general public. A bi-annual event, last time they staged a copy of the David in the various places it might have been installed, and also put down green grass in piazza Duomo for a weekend. 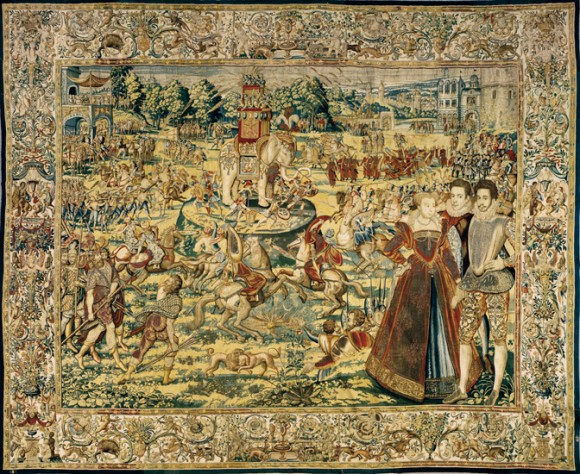 Tapestries at the Uffizi

The “Un Anno ad Arte” lineup in Florence’s state museums (Uffizi, Accademia and Pitti, primarily) is the major temporary exhibits in the city. These are:

The shows in Tuscany are announced even later than those in Florence, so far this is what I could find!

In Pisa at Palazzo Blu, after a series of modern masters shows (Picasso, Miro et al), they’re doing a show called Storie dall’altro Mondo, l’Universo dentro e fuori di noi (Stories from the other world, the universe inside and outside of us) which appears to be photographs of the cosmograph.

If you are interested in attending something alternative and artistic, an interesting series of contemporary art and electronic music performances called “Live at the Museum” have been organized in the Museo Marino Marini in Florence by International Feel. The dates are Carter Tutti (UK, March 30), Mouse on Mars (Germany, April 13), Sic Alps (USA, April 27), Nurse With Wound (UK, May 18).  Concerts start at 9:30pm and entrance costs 20 euro.

If classical is more your thing but you want something more intimate than a whole symphony orchestra, check out “Meet the soloists” organized by the Maggio Musicale orchestra soloists who will give a small concert after introducing themselves properly to the public (and taking questions) every Monday night in 2012, 9pm, Conservatorio Statale di Musica di Firenze Luigi Cherubini, Piazza delle Belle Arti 2. Concerts cost 15 euros donation to charity.

In the Spring Celtic music fans can look forward to Loreena McKennitt (April 18 at Obihall Florence) while for some old time Italian music go see Fiorella Mannoia on March 30 at Mandela Forum, or the more pop/sexy guy Tiziano Ferro on April 25 at the same location. 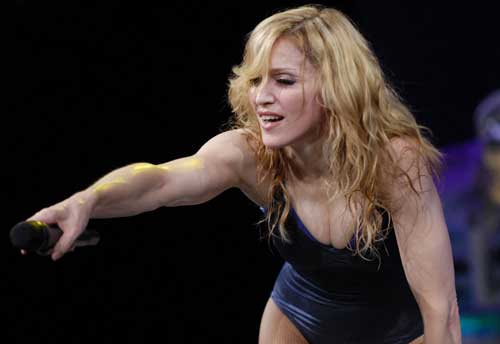 The city is already buzzing about the Madonna concert that will be in Florence on June 16 2012 at the stadium, 2 days after her concert in Milan. Tickets go on sale for the general public on February 13 here. It is her first time playing Florence in 25 years.

Alanis Morisette will be playing in Florence on July 20 2012.

Two other big concerts announced at the same time are Bruce Springsteen June 10 in Florence and Radiohead July 1 at Florence’s Cascine park.

If you grew up singing hippy songs like I did you’ll want to see James Taylor in Lucca on March 10 2012!

At the Lucca Summer Festival (for 2012 the dates are June 29 to July 19) the big names playing are: Norah Jones, Tom Petty and the Heartbreakers, Blink-182.

Danza in Fiera is a dance trade show where there are all sorts of dance shows and also tryouts and booths and more (Feb 23-26).

Usually in the summer there is a programme called Estate al Bargello; the 2012 dates have not yet been announced but it runs from May to September and has performances in the courtyard of the Bargello museum.

Recently a website with dance events in Tuscany has been opened up so check out www.dotlinedanza.it for listings.

In the cold winter weather, carnevale still preceeds lent and easter. Carnevale in Tuscany is synonymous with Viareggio, where you can go see floats that make fun of Italian politics (they’re not super easy to understand, I think, if you don’t know something about current events here). In 2012, the carts will be on display on the Sundays of February 5, 12, 19 and 26 and Saturday, March 3. There is a free parade on Fat Tuesday, February 21, while the other parades require tickets (yes!) which you can reserve at www.viareggio.ilcarnevale.com.

If you love antiques and artisan work, Florence’s Artigianato e Palazzo weekend is for you, a kind of sale and display of high quality artisan work in the gorgeous gardens of Palazzo Corsini May 11-13 2012, info at www.artigianatoepalazzo.it.

If you have a sweet tooth Florence has some fairs for you: in February (10-19) there’s the artisan chocolate fair in Piazza della Repubblica. In May is the much awaited gelato festival, the 2012 dates are May 23-27.