He wakes up at 6:30am. Rat-tat-tat goes the toilet paper roll on its wooden holder. Whoosh goes the water in the tubes. Above him, the elderly couple has already turned on the tv. “Shriek” says the toddler next door. The little girl won’t stop talking ever since she learned last year. It alternates with her crying, which is what she did since she was born. 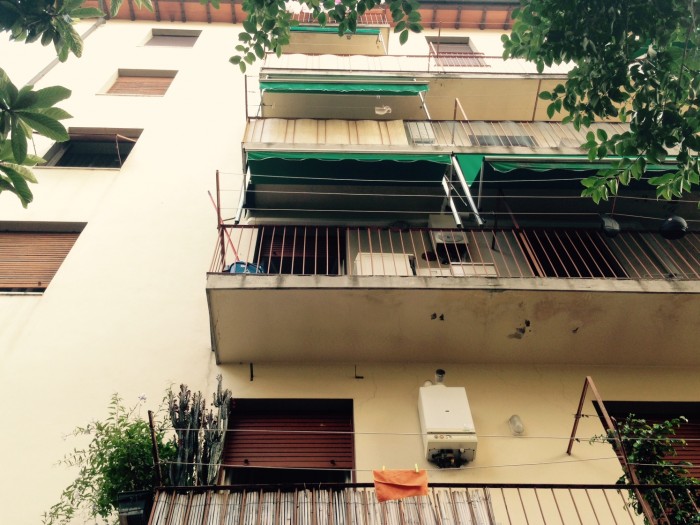 There’s no place like home. It looks a little Napoli but it’s 100% Florentine.

There are no secrets when you live in an Italian apartment building. Although I try to avoid my neighbours as much as possible, bits of their lives filter down through my walls, into my windows and yes, into my garden. For I live on the ground floor, where mysterious objects regularly fall, and I often wonder what circumstance permitted them to end up here, down below. 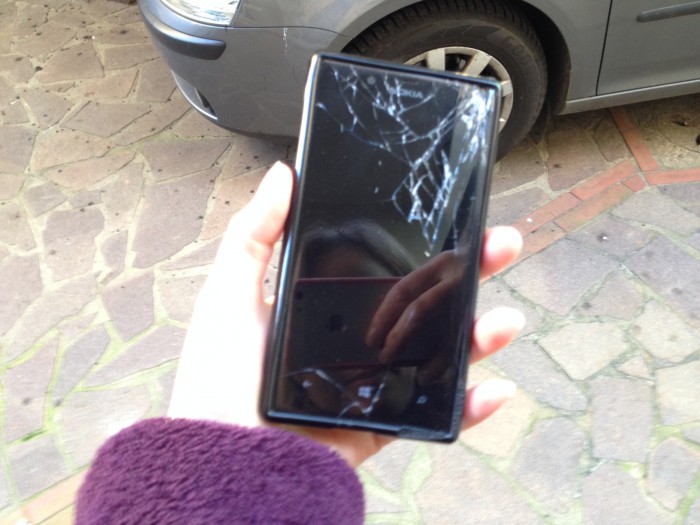 She was surprised when she found out it was broken. I swear. We met in the hallway, me in my purple housecoat.

She must have been having an argument with her boyfriend in the Phillipines when her smartphone crashed to the ground, 4 floors below. It was around 8:15am and I was still in my kitchen that winter morning, preparing breakfast. Or maybe she was hanging out the laundry and balancing the phone with her chin. She is a caregiver to the rickety old man.

He must not want to take his medicine. I think it is an inhaler. I know because it has a clear lid with a very specific shape, and it has been thrown down to my property at least three times. He’s not the same old man as the other guy, I know because he has a male caregiver – he is the one person who ever rang my bell and asked for the item back, apologetically.

They must have been excited for spring because they washed the heavy, double-bed sized wool blanket. Too bad it ended up in my rose bush. 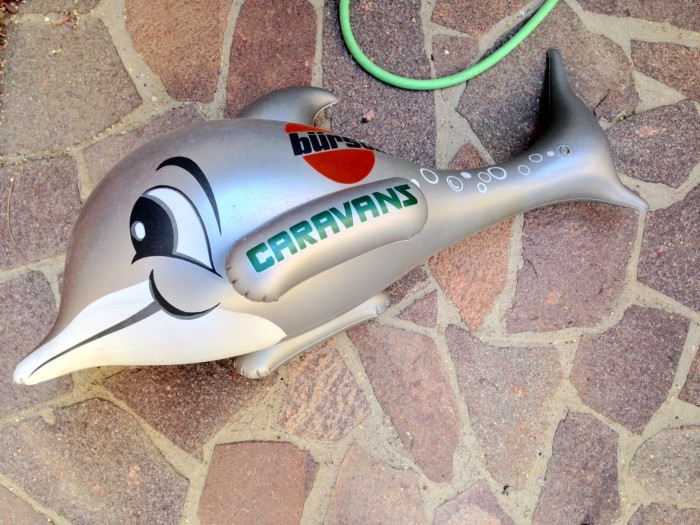 A bit large to toss down here, no?

Children should not be left unattended to play with inflatable dolphins on the narrow strip that passes for a balcony in this part of the city. It may stay for a few days at the nasty neighbour’s below, who doesn’t want to give back anything unless you come and get it. Lucky for the kid, after a while, I wanted it out of my garden.

They are just “maleducati”, the ones that smoke and throw Marlboro butts in my carefully swept garden. Are they the same people who shake out the tablecloth from their terrace, contrary to the condominium regulations that were written and carefully photostatted back in 1952? They eat fruit for dessert, without a plate, and put the spirals on the napkin. I have received the dirty napkin, the fruit, and the knife. They were carefully returned, artfully arranged with an ashtray full of butts, three months later. 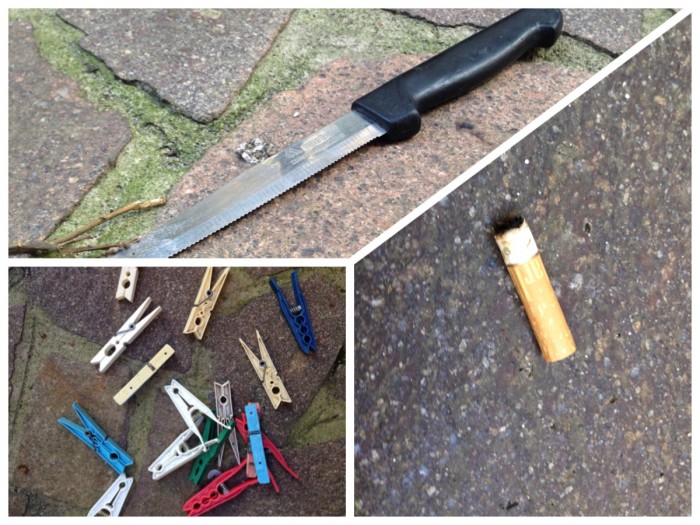 The knife could have killed someone if it had fallen at the right angle and right time.

He cuts his toenails on the balcony. With scissors, not with clippers. We received a pair of scissors. I kept them. Good to prune the rose bush when heavy blankets fall on it.

She spent hours hunting in the woods of the Mugello for porcini mushrooms, parking her car where nobody could see it. Stashing the paper bag on a shelf on the balcony. Did she not see the ransom note? “Found, half kilo of porcini mushrooms. If not claimed by dinnertime, I will eat them.” They were rather good, fried.

Perhaps she thought I needed a bag of onions, or a bar of soap to wash it down.

Or was the large bar of marsiglia soap from the same people who lost the drain plug to their outside sink. Not one drain plug, but two in three days?

Cleanliness above godliness, they say, which is why I have been blessed with at least three brooms from above. They fall, usually on the car, and sometimes they are metal. One fell on the Vespa and perched there. It was a miracle. 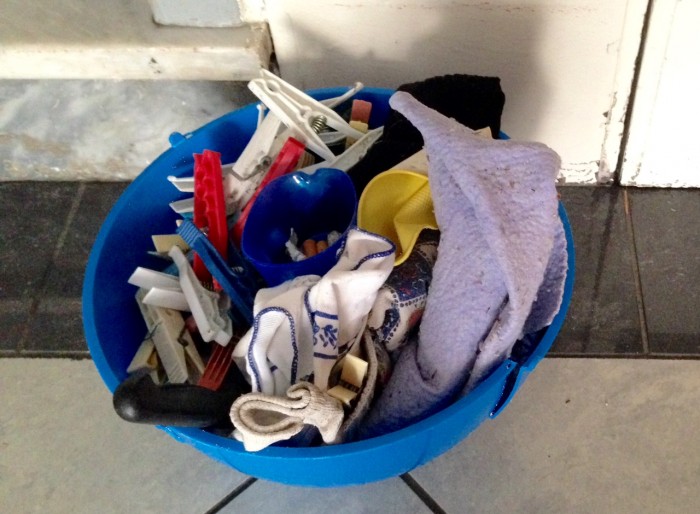 After three months I collected all the shit my neighbours dropped into this bowl (also dropped), and placed it decorously in front of the elevator. #newbestfriends

The theme of the Italy Roundtable for the month of July is “secrets”. Which ones have my fellow bloggers reveal? Italy Roundtable is a group of likeminded bloggers who jam on an Italy related topic each month. Check out their blogs please!