Sing it: On the eigth day of Christmas, my true love gave to me: eight live trouts, seven hares a jumpin, six rock crystal glasses, five barrels of olives, four eagles for hunting, three antidotes to poison, two turtle doves, and the fossilized horn of a unicorn. The December Italy Blogging Roundtable topic is: Gifts.

Stumped for a gift giving idea? Look no further than the Medici Archives, conveniently digitalized for us by the Medici Archive Project. This year I was thinking of some Tuscan delicacies in a gift basket, preferably a very large one in order to contain live game animals, a barrel of olives, a Peruvian pig and the rib of a saint. To follow are some of the best gifts given to and from the Medici family, with my suggestions for a modern equivalent. Some of them might fit under your tree.

Francesco I has a predilection for trout, but he didn’t inherit it from his father. At first read, 1575 sounds like it must have been a lean year in Barga, for Baldovini Baldovino sends trout to Florence excusing himself by saying “Here in Barga I have nothing else with which to honour your Highness so I’m sending a few trouts.” However trout appears to be a favourite in this branch of the Medici family and Baldovini must have known it; in 1581 someone else sends trout to Francesco I and in 1587 the Gonzaga’s of Mantua send him more trout. In fact, 48 records reported by the Medici Archive project cite trout; in one case the ducal family went fishing for it in the Seravezza area, but most of the time they’re speaking directly of edibles. In one unfortunate case, the live trout being sent to Cafaggiolo met death en route. All this makes one wonder how the Medici were preparing the fish, although in one instance (1566) we read that the trout were expressly intended for a fountain.

However, the earlier generation of Medici’s did not care for it at all. A very polite thank you note from Cosimo I de’ Medici in November 1549 acknowledges Ferrante Gonzaga’s effort in sending trout pies (by refrigerated courrier?) but says that his wife can’t eat it “because she is on a diet due to a certain disposition, so please don’t go to the trouble of sending any more because she can’t eat them and it is not my nature to be crazy for fish.” As in “thanks but no thanks.” A lesson in tact, eh?

Modern equivalent: Smoked salmon in a wooden gift box. A standard from my family in Canada to my Italian in laws, who love it served with cream on fettuccine. Buy salmon gift box on amazon

In our modern culture, a scented candle is a standard gift that stocks all Americans’ re-gifting closet (Italians, it seems, do not re-gift, though I have evidence below). In Early Modern Europe, candles were less likely to be scented; it was the thought that counted more. In 1610 someone mailed the Grand Duchess a blessed candle, which surely was worth a lot more than just the wax with which it was made.

A religious gift is always a good gift. In 1611 on December 9, right about ready to put under the tree, the Archbishop of Siena Camillo Borghese sends a small piece of the rib of Santa Caterina da Siena to the Grand Duchess of Tuscany, Maria Maddalena d’Austria, noting that it was not easy to get. Religious poems and books are also frequently objects of exchange, usually by some obsequeious writer who wishes to garner favour.

A far cry from gifting a kitten, in the Renaissance, parrots, exotic animals in general, turkish horses and hunting dogs make recurring good gifts. In one case the Turkish horses are procured intentionally for regifting, making it clear that there is nothing wrong with regifting if you are a duke. In the documents we read of grey partriges (though no pear trees), a Tunisian cow, gazelles, falcons, an eagle or two, an ostrich and the fossilized horn of a unicorn (no live unicorns though). 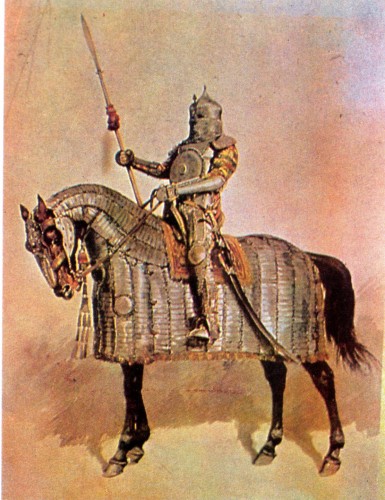 Sometimes these animals were more pain than they were worth. In 1572, Antonio Scaramuccia of Torino thanks Francesco de’ Medici for the lynx received as a gift, saying that the animal is quite nice with people it knows, but with others it is quite vicious, as the bearer of this letter might attest. Other letters note the non-arrival of horses sent via the Poste Italiane. I seem to remember once reading about a giraffe that died at sea but can’t dig up the archival evidence at the moment.

Modern equivalent: I don’t believe in giving live animals as gifts, so suggest virtual or stuffed ones. I recommend the virtual stuffed Webkinz hedgehog

or one of the endangered species series pictured below, useful to teach kids who think they want a puppy the real value of a pet that cannot get hit by a car. 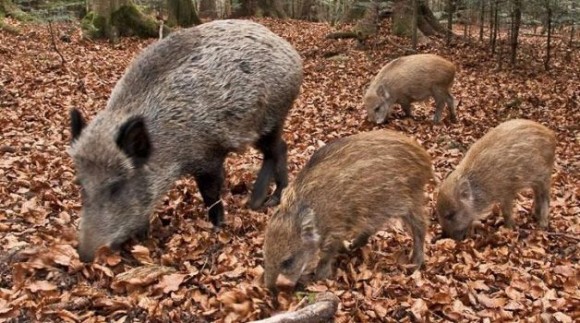 Antonio Maria Del Monte, abbot of Anghiari, gives Cosimo I a present of two goats and four jack rabbits for the famed 1565 wedding of Francesco I. He has to apologize for not managing to catch this game in a net since the Duke had requested them live: “Dolghomi di non havere possuto haver gratia (sì come desideravo) di farli dare nelle rete per mandarli vivi.” Speaking of game meat, some ducks met their fate in 1572 and were sent with citrus fruit which probably made an excellent condiment. Ditto the large barrel of olives, excellent for aperitivo parties, that Cosimo I sent in 1540 to Giovanni dell’Antella. But what party would be complete without cheese, fruit, salami and wine? Cardinal Innocenzo Cibo, who lived in Massa Carrara, seems to have been true to his last name, as many of his letters mention sending gifts of food to Cosimo I, including cheese, fruit, salami and Trebbiano wine, as well as an eagle (presumably for hunting) and some marble samples from Carrara.

Modern equivalent: Well, it’s against EU regulations to ship cinghiale and other meats, but the Pratese gourmet food distributor Borgo de’ Medici has some meat-free Tuscan delicacies in their gift baskets which can be purchased by email through their facebook-exclusive christmas gift tab; shipping is by UPS. 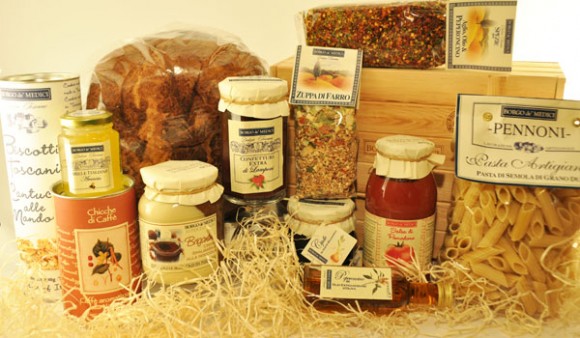 Francesco I de’ Medici’s love for the New World has been object of recent scholarly study; he loved receiving gifts of unique items from abroad as much as your average American today adores gifts from Florence. Some of the objects sent are decidedly bizarre – in fact, they’re noted as such in the documents, such as the 1584 shipment from Seville of “dua uccelli bizarrj, un porchetto salvatico del Perù” – two bizarre birds and a wild Peruvian pig. 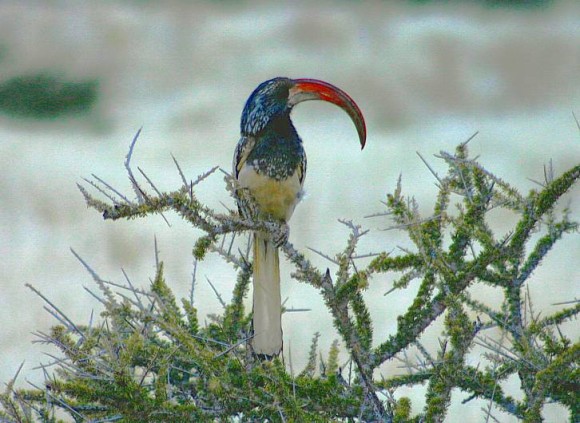 Modern equivalent: The term “exotic” depends on where you are! If you’re looking for great gifts from Florence and Tuscany, I’ve written about this for The Florentine newspaper!

It’s not over yet

Don’t forget to say thank you after Christmas! Make like Grand Duke Ferdinando II de’ Medici who in 1627 cordially thanks Caterina de’ Medici for a Christmas gift in longhand; now sms and facebook messages are also acceptable. Feel free to type the following Medici text into your cell phone:

Finally, remember that in Italy, Christmas doesn’t end with December 25, as stockings need to be filled on January 6. “Liberalissima è stata con noi la Befana havendoci così bele cose portate” says the Duchess of Mantua Caterina de’ Medici-Gonzaga who found in her Epiphany stocking a pietra serena table from the Florentine court. If heavy marble tables are not your thing, in my family tradition puts a scratch and win lottery ticket and some chocolates in the stocking.

With best wishes for the holiday season from my family to yours,
Alexandra

This post is part of a monthly blogging project in which five of us write about a chosen theme. While we usually reveal the theme only on the day we post our articles, December is an exception as we’ve asked other bloggers to participate by writing an “Italian gifts” themed article. Each one of us has picked a few of our favourite contributions and are sharing links to them.

From the regulars at the Blogging Roundtable

From our holiday season guests – we said we’d pick our favourite five, so with thanks to ALL who contributed, here are just some of them: