2019 Exhibitions in Florence and Tuscany: a Year of Art

The list of 2019 exhibitions in Florence and Tuscany is shaping up nicely, giving us art lovers something more to look forward to – if only there were time to see them all! Expect to hear a lot about Leonardo Da Vinci this year, all over Italy, as we celebrate the 500th anniversary of his death. Connected to this is the show celebrating Leonardo’s teacher, Verrocchio, a combined effort of Palazzo Strozzi and the Bargello. The lineup of exhibits runs from some interesting Renaissance shows all the way up to ones highlighting modern and contemporary women artists. The Strozzi’s got a big show about Verrocchio this Spring , and I’m excited about an opportunity to learn more about Pietro Aretino, author of some very licentious poems; on the other end of the spectrum, we’ll find out about Kiki Smith, the female artist chosen by the Uffizi this year as part of their effort to right the gender balance in this important museum. This is of course not a complete list, but a selection of the most important shows. Let’s take a look at what temporary exhibits to expect in Florence, Siena and beyond in 2019. 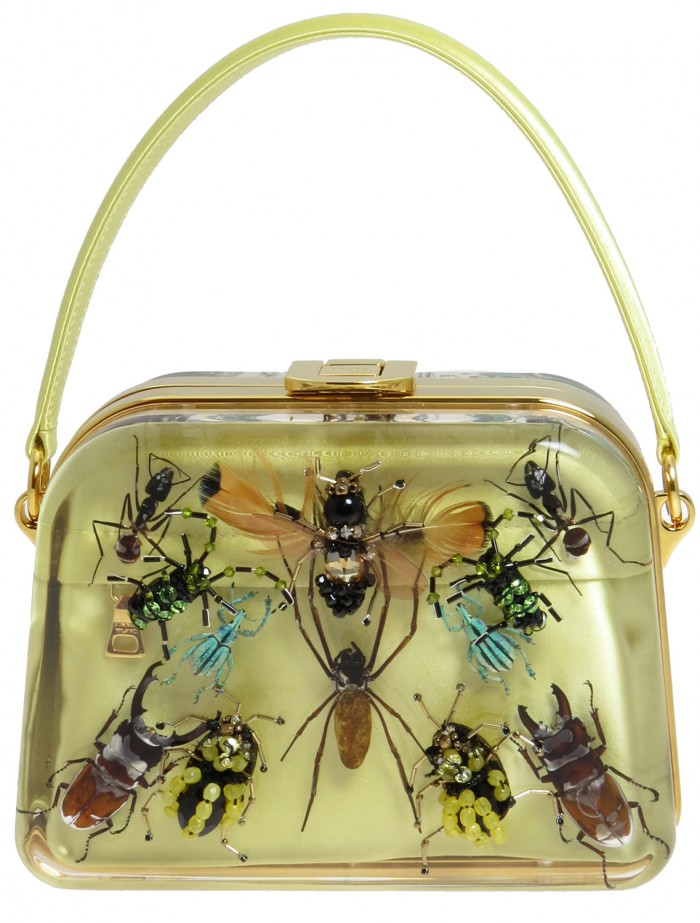 If you’re into leopard print body suits, or even if you’re not, this show looks at fashion as reflection of nature, playing on the display usually found in natural history museums (animals in glass cases) to display outrageous fashion from 2000 to 2018. This fashionable start to the year is due to the annual winter Pitti Uomo trade show.

From Jan 19 until the end of the year, except july and august 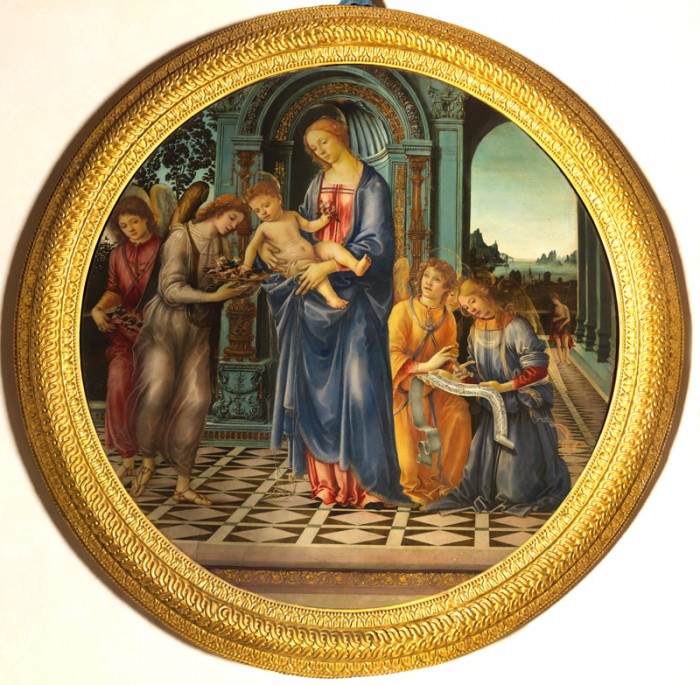 Every third weekend of the month, upon reservation, visit the collection of this bank foundation that includes work by Giotto, Filippino Lippi, Vasari, and Primo Conti.

Dates and how to reserve:

Kiki Smith. What I saw on the road 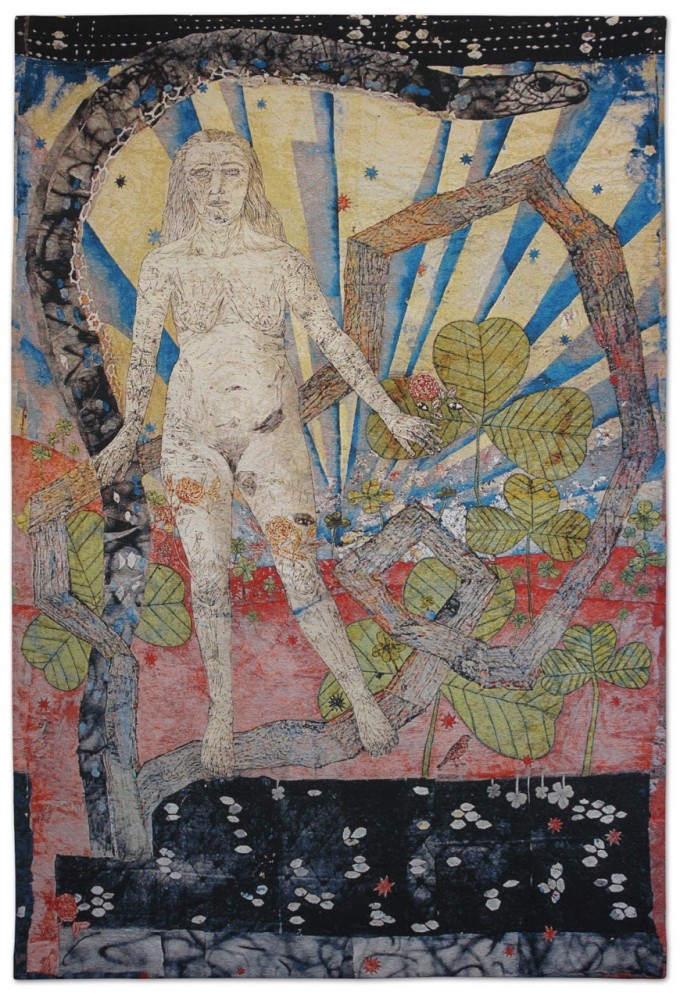 What I Saw on the road is a monographic show dedicated to the female contemporary artist Kiki Smith (Nuremberg, 1954), whose works are present at the MoMA, the Museum of Modern Art in San Francisco and the Fundació Joan Miró in Barcelona. I’m looking forward to learning more about this artist, who explores the theme of the body through both traditional and innovative techniques. 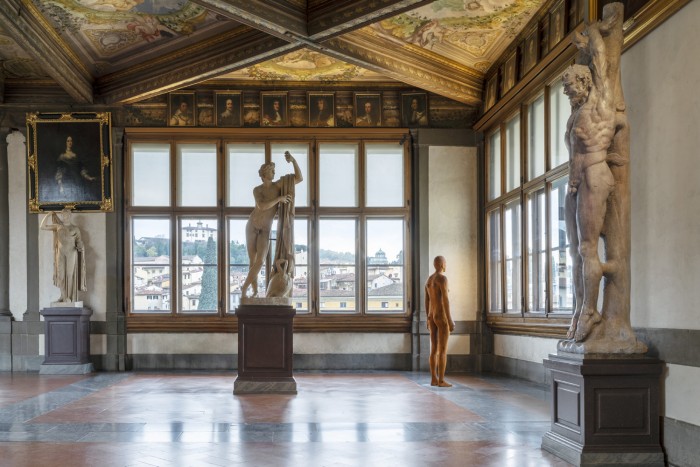 Gormely’s works are displayed around the Uffizi in surprising locations!

I loved Antony Gormley’s exhibit at Forte Belvedere in 2015, so am pleased to hear that 12 new works of his will be displayed in the Magliabechiana room on the ground floor of the Uffizi. Other works will be present in other locations around the Uffizi, creating dialogue with historical works. 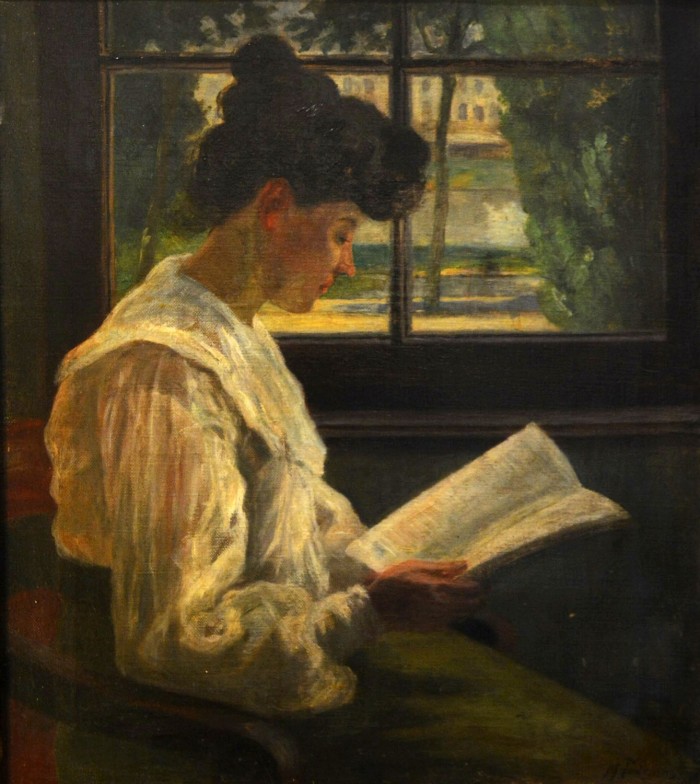 Jane Fortune would have been proud of the Uffizi’s continuing effort to showcase women artists – in this case those multitalented ones around the Unity of Italy whose work was important in various artistic and literary fields. AWA is in fact amongst the sponsors and co-organizers of this exhibition. 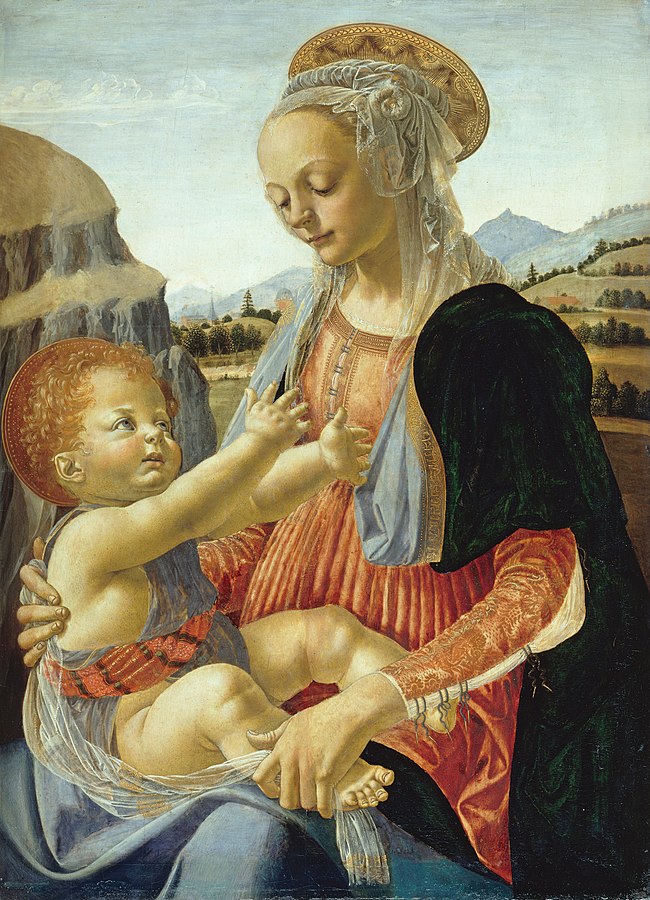 Part of the celebrations for #Leonardo500, this show at Palazzo Strozzi will examine some of the best masterpieces by Andrea del Verrocchio alongside a series of crucially important works by such artists as Pietro Perugino, Domenico Ghirlandaio and his most celebrated pupil, Leonardo da Vinci. It is the first ever retrospective on Verrocchio and will included numerous loans never seen before in Italy and combining sculpture and painting. The show is in collaboration with the Bargello Museum, where the display continues with works dedicated to the end of the artist’s career, and afterwards will travel to the National Gallery in Washington DC. Read my full review of the Verrocchio show.

Tribute to Cosimo I 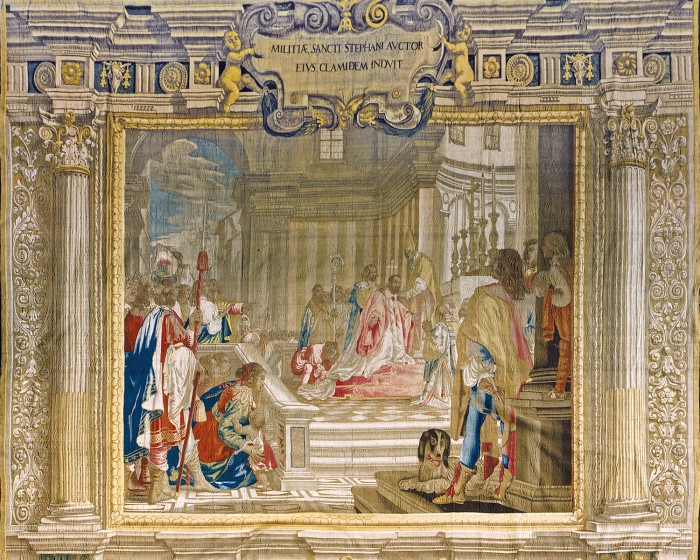 Three connected mini-exhibitions will celebrate the 500 years from the birth of Grand Duke Cosimo I de’Medici. The Medici Archive Project organized an exhibition about the Cento Lanzi (Uffizi Sala di Levante), the historical medical guard, as told through prints, drawings and arms. The impact of this militia on Florence is strong, yet we’ve never heard of them… until we connect the name of the Loggia dei Lanzi, the “sculpture museum” outside Palazzo Vecchio, to them. I guess we will have to see the show to understand how that happened. Una biografia tessuta will display a series of Medici tapestries made for the Duke under the direction of Pietro Févère, head of the Grand Ducal tapestry factory (this existed, who knew). See them at Palazzo Pitti, Sala Bianca and Sala delle Nicchie. Finally, Il villano e la sua botticella. Divertimenti nel nuovo giardino at Palazzo Pitti, Sala delle Nicchie shows the restoration of the first sculpture made for the Boboli Gardens.

Heaven in a Room. Wooden Ceilings 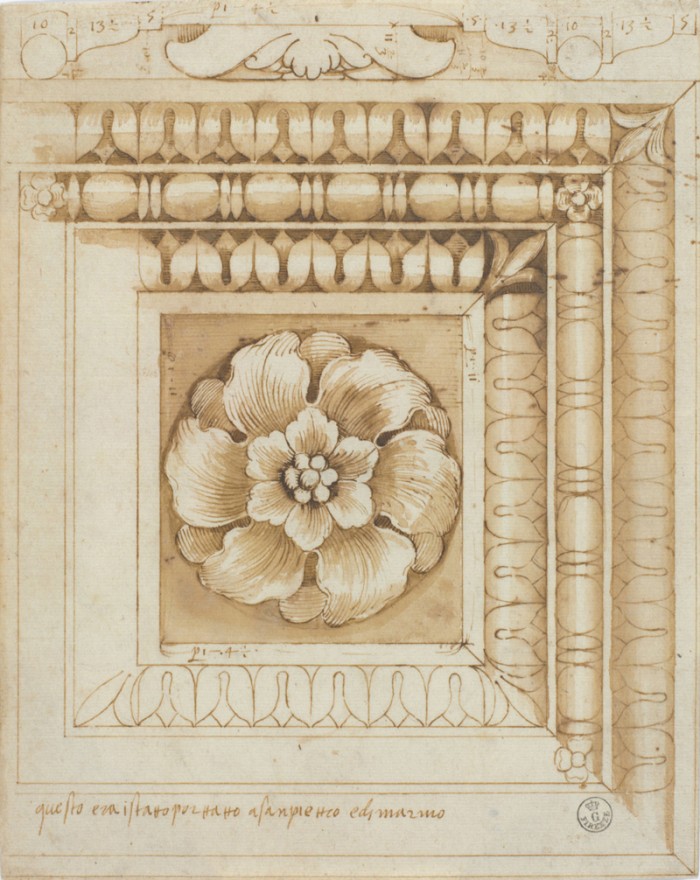 Pietro Rosselli, drawing for a ceiling

This looks like an interesting exhibit to learn more about a feature of many Renaissance homes: wooden ceilings, often richly decorated (called “cieli” or sky in Italian). These will be recounted through many drawings, as well as paintings, prints and some extracts, as well as multimedia reproductions of important examples in Rome and Florence.

In the ground floor rooms of the palazzo, an exhibit of drawings and textiles, as well as some paintings, showing the fashion of the 17th century in Florence.

Bronze sculpture in Florence under the last Medici 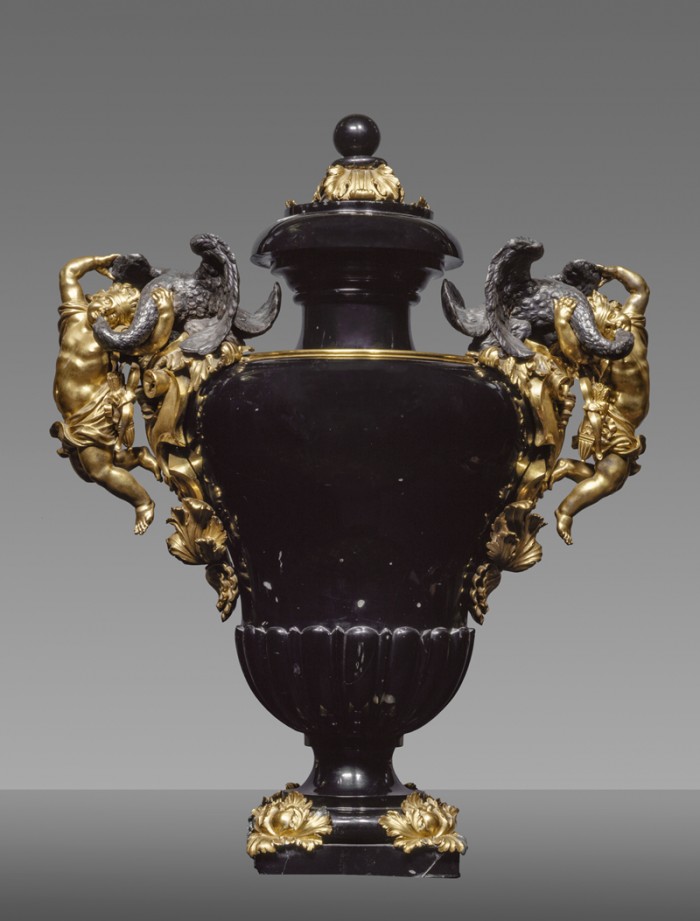 Director Eike D. Schmidt is personally amongst the curators of this big bronze sculpture show that will be a highlight of the Fall lineup at Palazzo Pitti, starting from a selection of important works by Giambologna and students of the first part of the Seicento, namely Giovan Battista Foggini and Massimiliano Soldani Benzi who were very important in Tuscany. The period following them represents a rebirth of bronze sculpture in the area.

Pietro Aretino and the Art of the Renaissance 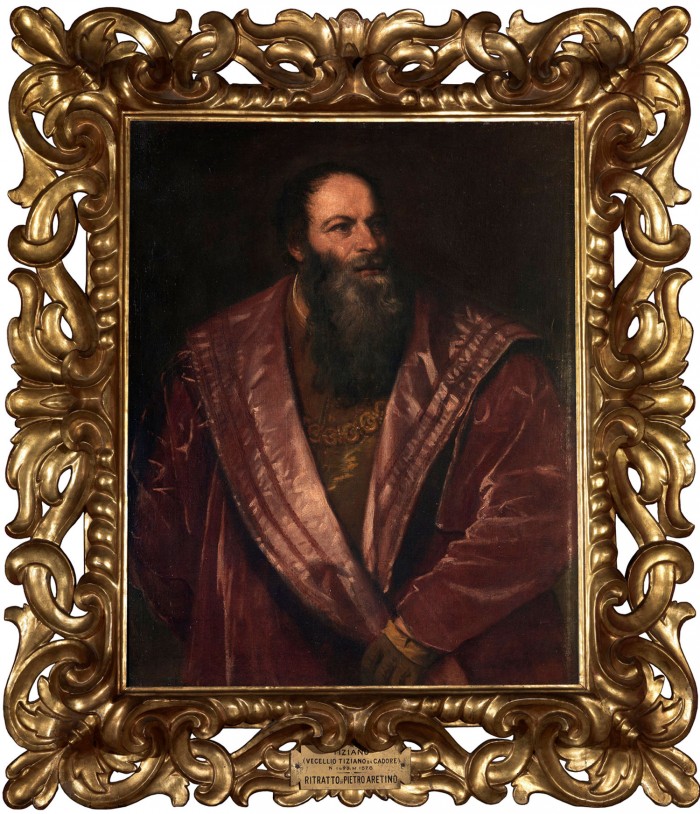 Apparently Pietro Aretino (1492-1556) is much more than a bunch of dirty poems. 100 paintings, sculptures, decorative arts, tapestries, miniatures, books and prints reconstruct the huge intellectual atmosphere of the beginning of the Cinquecento, the time of Pietro Aretino but also of so many other great minds. Aretino, however, got a portrait by Titian, who otherwise was busy painting popes and the likes. The exhibition is broken down into five sections illustrating the main events in Aretino’s life and the succession of scenarios stretching from his early days in Arezzo and Perugia to his arrival at the papal court in Rome and to his move to northern Italy, first to Mantua and finally to Venice. This is the fullest and most essential part of the High Renaissance, under the influence of popes Giulio II, Leone X e Clemente VII; a show that borrows the name of Aretino, it seems, to explore a wider phenomenon. 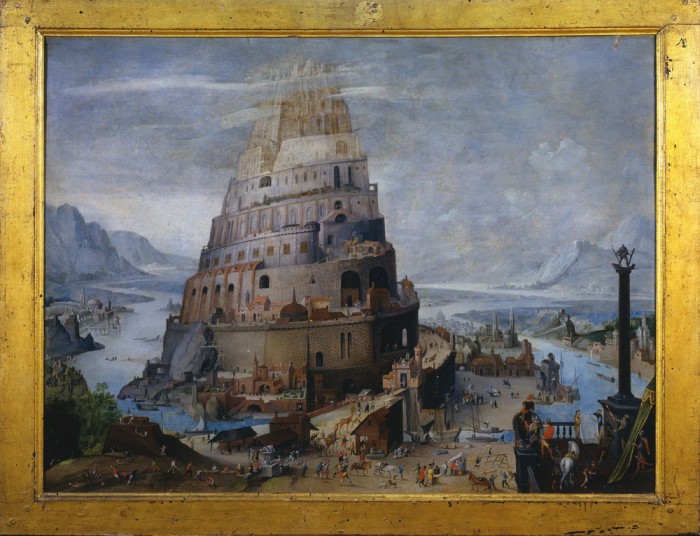 In 1774, the marriage of two Siennese noble families, Caterina Piccolomini di Modanella and Giuseppe Spannocchi, brought the creation of the Spanccocchi Collection. This significant gathering of Northern Renaissance art attests to a spirit of collectionism present in Siena at the time. 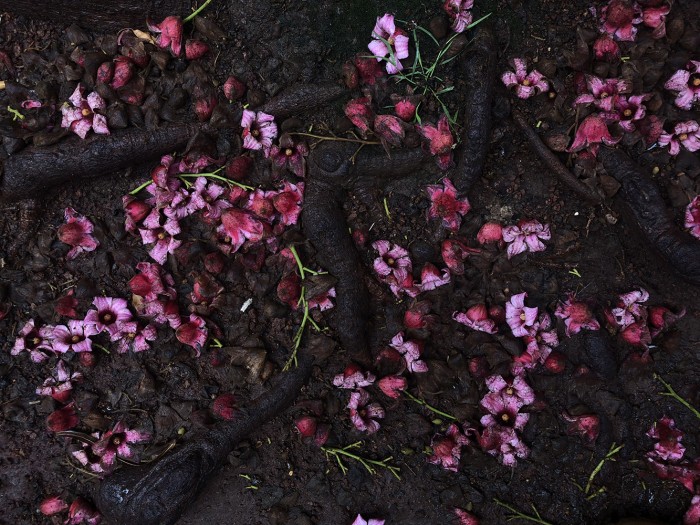 Worth a mention in the Siena area is Galleria Continua in San Gimignano, whose consistently high end exhibitions are worth stopping into in the city of towers (it’s free, too!). This Spring there are four shows, see for more info: www.galleriacontinua.com 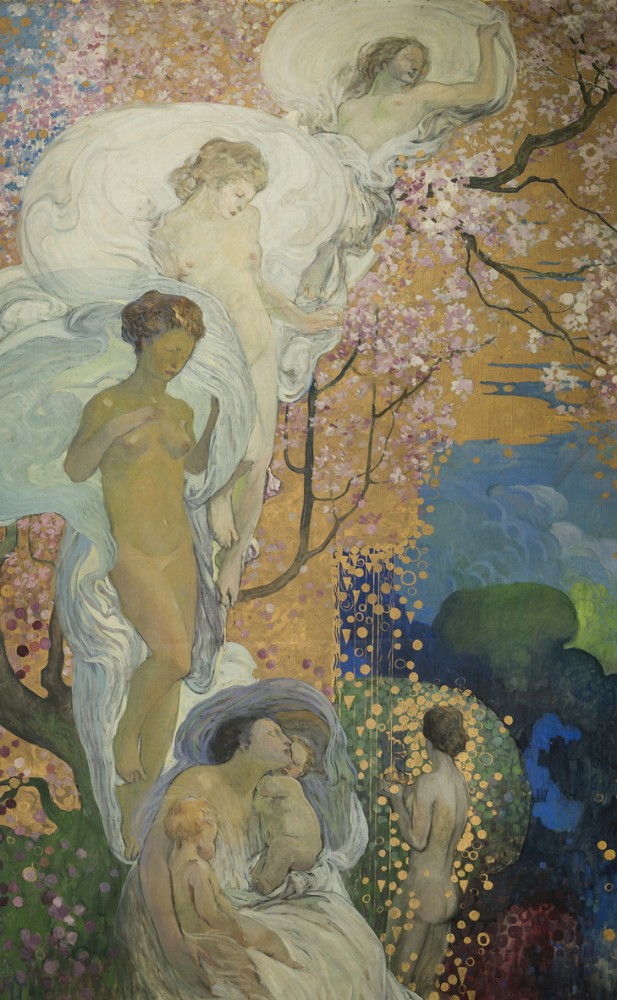 I really like art deco and Galileo Chini is the top example of this movement in Tuscany. This show in Pontedera (easily reached by train and near the Vespa museum) is called Water Horizons in Painting and the Decorative Arts Galileo Chini and other early 20th-century artists. Water and marine fauna are themes in this artist’s work – in fact his best pieces that you can still enjoy in situ are in Montecatini Terme, the thermal baths! See info here.