How often does a new, free museum open up in the city? Roberto Casamonti, collector and owner of Tornabuoni Arte gallery has chosen to open up his personal collection of works that he simply can’t part with, making them available to tourists and Florentines in a spectacular central location. 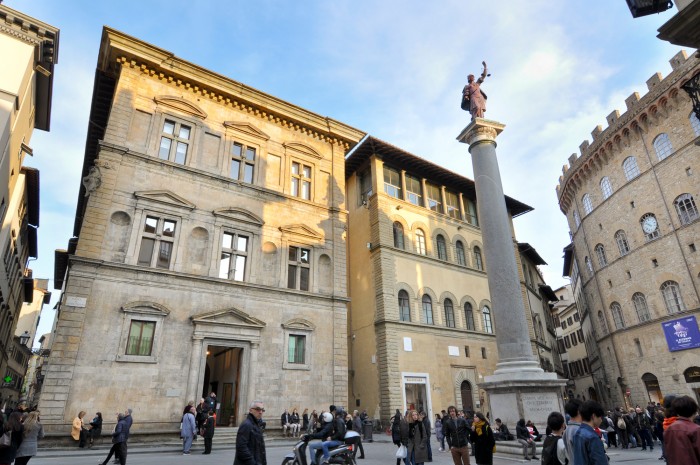 Forty years ago, Casamonti’s first gallery space was in via Tornabuoni – it’s now moved to a luminous space on the lungarni and is present in seven cities worldwide (see me in a video about this gallery two years ago). He’s purchased the piano nobile (first floor) of the Palazzo Bartolini Salimbeni, a Renaissance gem of a palace by Baccio d’Agnolo (1520s) that looks onto piazza Santa Trinità, to make his collection available to the public.

“I love these works very much and I want them to remain in the family, but I feel the urge not to close them up in our homes, but rather to show them to the public. I wish to show the choices made through my lifetime, in the hopes that Florence and all its visitors can appreciate this space,” said Casamonti in a recent interview with Artribune. 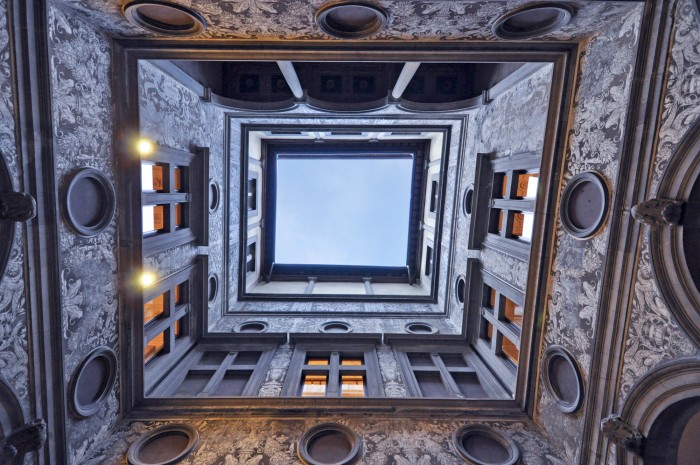 Courtyard of the Renaissance palazzo

Indeed, it’s a pleasure even just to be able to go into this private building, whose shape reflects that of many family houses of the time. A courtyard in the center is beautifully decorated with sgrafitto, which has just been restored. The rooms at the piano nobile flow into each other around this central space, which on one side is open with a loggia so that women in the Renaissance could enjoy some fresh air without going outside in the center of town.

The collection has been curated into two main exhibitions which will cycle annually: we’re starting with the 20th century European masters until the 1960s, while in May 2019 a new display will include works from the 1970s through today. 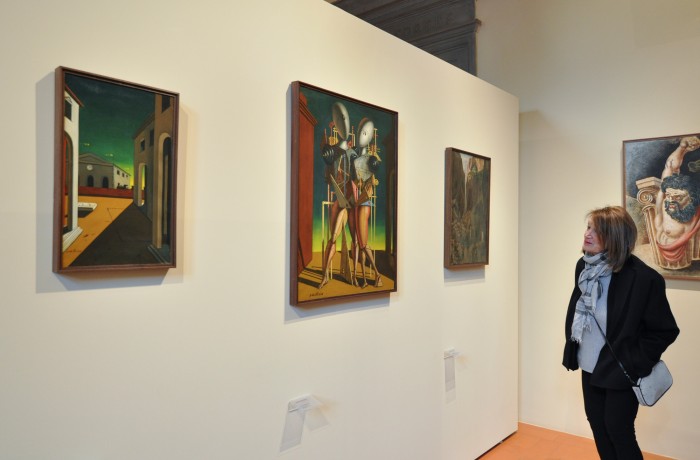 Huge windows illuminate the front gallery space, which begins with works by early 20th century Italians like Rosai, Guttuso, Fattori and Pirandello, along with a few internationals – in particular a wall with three De Chirico’s (there’s also a sculpture by him at the entrance). An early work doesn’t look like what we recognize as his at all, while the other two are classic metaphisical pieces. 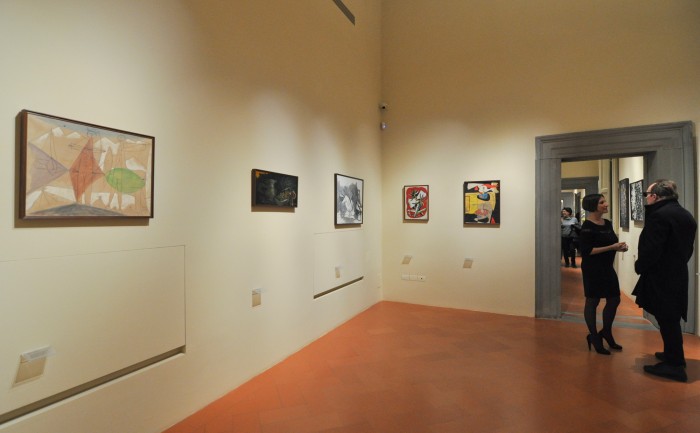 The second gallery space is my favourite as it’s dedicated to the avantguarde European movements. Two Picassos are just lovely, one in particular I fell in love with (in the photo above on the left). There’s also a fabulous Le Corbusier mixed media. 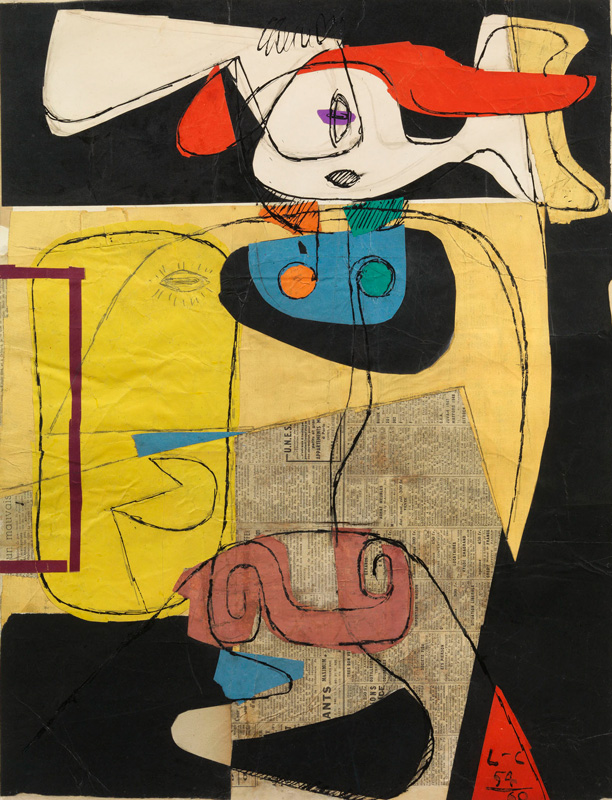 Paul Klee (who I have literally loved since I was two years old), Kandinsky, Braque, Leger… Just leave me in this room! 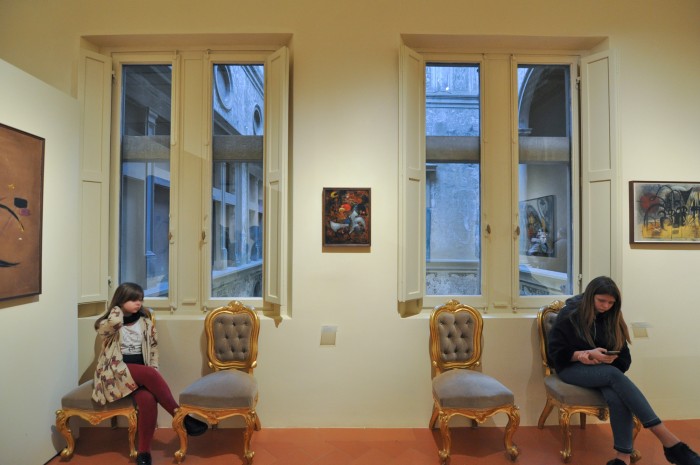 We cycle through the Italians of the group Forma 1, which I find less exciting, before getting to the minimalist, plastic creations of Fontana and Castellani. 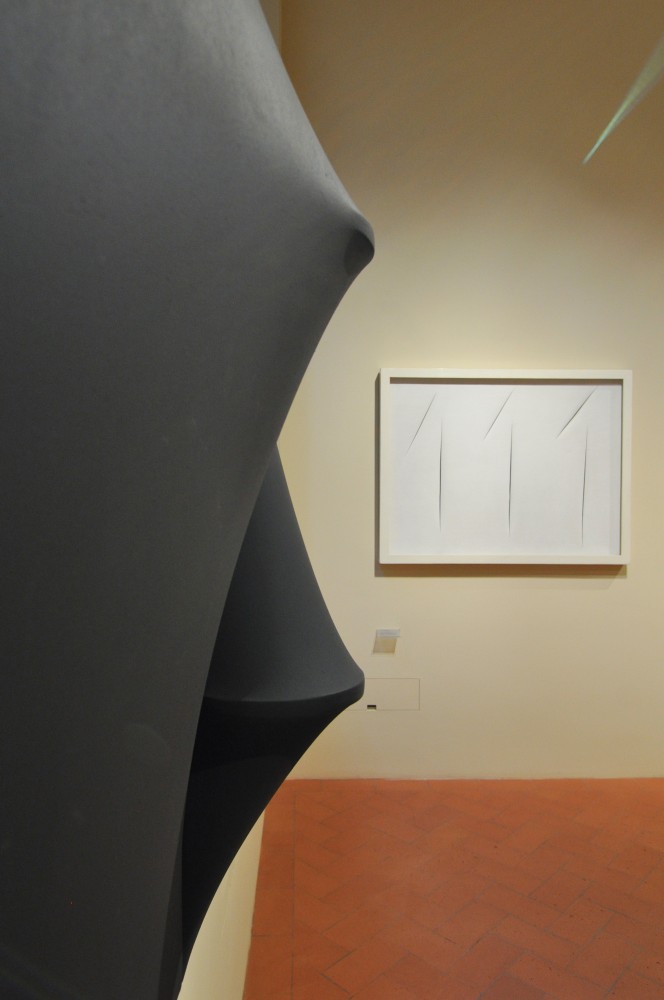 Casamonti denies that this is a museum (despite the incredible quality of the works within), modestly saying it’s just a “collection”, run by a non-profit cultural association created for the occasion. The “collection” is thus visitable for free, upon reservation; the website says free until the end of May 2018, but it’s likely to continue to be so, in line with the owner’s generous views about the noble power of art.

Open Wednesday through Sunday, 11:30am to 7pm UPON RESERVATION 24 hours in advance.
www.collezionecasamonti.com |tel. +39 055.602030
prenotazioni@collezionerobertocasamonti.com