The Ferragamo Museum in Florence: one of 100 places every woman should go in Italy

ArtTrav is pleased to be listed as a resource in the second edition of Susan Van Allen’s book 100 Places in Italy Every Woman Should Go, available in paperback

editions. The author delights us with the following guest post on a museum in Florence that may appeal very much to women, but that does not exclude men from its audience! 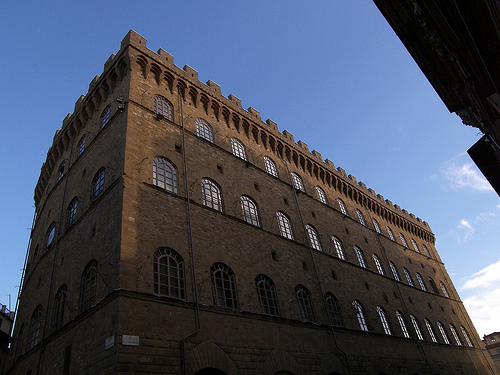 When in Florence, I always love stopping by the Museo Salvatore Ferragamo, located downstairs from the flagship store on via Tornabuoni. It’s never crowded, like so many other places in town, so it’s a dreamy oasis in which to admire the works of the master shoemaker. The last time I was there, as I wandered through the gorgeous rooms of colorful displays, all I heard were oohs and aahs from a few other kindred spirit ladies who were as blissed out as I was.

Currently (from June 20, 2012 to January 28, 2013), the museum is presenting a special exhibit, dedicated to Marilyn Monroe, who adored Ferragamo’s fashions.

In my book 100 Places in Italy Every Woman Should Go I have written about Ferragamo’s story, and reproduce it here. 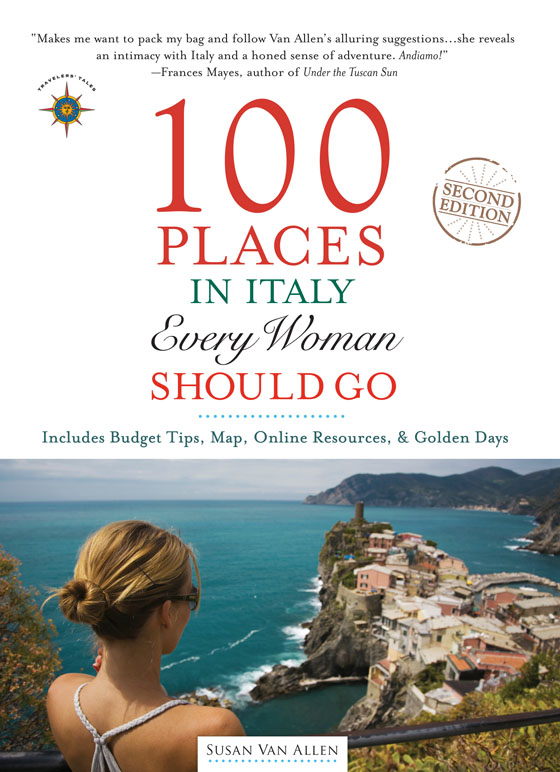 We have Salvatore Ferragamo to thank for being the grandpapa of modern Italian shoe fashion. These days his widow, Wanda, is Queen of the company that he began in 1938. She’s so beloved by Italians they’ve even named a rose in her honor.

The Ferragamo story is legendary. Salvatore was a man of humble beginnings, the eleventh of fourteen children, born in 1898 in the mountain town of Bonito, outside Naples. He apprenticed with a cobbler there, making his first pair of shoes when he was nine for his sister to wear at her confirmation. He took off for America when he was seventeen, and set up a little shop in Santa Barbara that caught the eye of silent film stars like Mary Pickford. Within a few years he was a Hollywood sensation, and besides designing for movies like The Ten Commandments, actresses clamored for his creations to wear off the set. What’s always separated Ferragamo’s shoes from the pack is that he never wavered from his conviction to combine glamour with comfort. He was so obsessed he even took anatomy classes at USC so he could learn all about the foot. 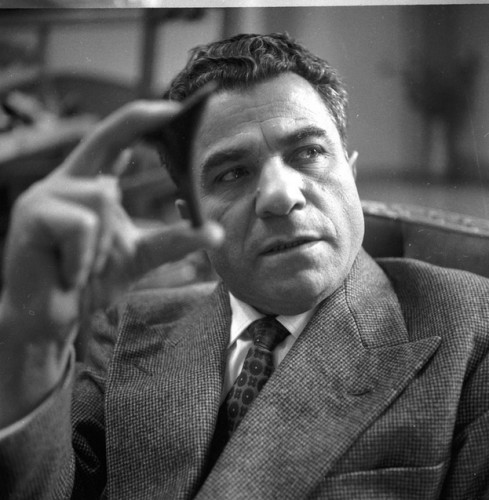 As for Wanda, she met Salvatore in 1939 when he’d moved his successful business from California to Florence and was sending money back to help out his home town of Bonito. A doctor from Bonito wrote to Salvatore, telling him he should visit and see all the good his donations had done. When he arrived, Wanda, the doctor’s nineteen year-old daughter, answered the door. Since her mother had died, she was the lady of the house, and she shyly thanked Salvatore for all his wonderful work. Salvatore turned to his sister who he was traveling with and said, “I am going to marry this woman.”

Three months later, Wanda wed Salvatore, who was twenty-two years older than her. They had six children, lived in Florence, and the retail business thrived, along with Salvatore being named “Shoemaker to the Stars,” designing for such beauties as Marilyn Monroe, Ava Gardner, and Audrey Hepburn. 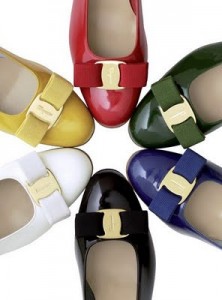 In 1960 Salvatore died of cancer. Wanda was thirty-eight, had no business experience, and could have sold the company. But instead, she took it on, with her eldest child, nineteen-year-old Fiamma, becoming the new creative force. Fiamma, who’d quit high school to learn shoe making from her father, went on to design the award-winning Vara pump—that fabulous square toed, chunky 3-inch heel number with the grosgrain bow. As the rest of the family joined the business, Fiamma continued to design, but sadly died of breast cancer in 1998.

Now the Ferragamo Museum homage to Salvatore with fantastic displays, molds he made for the stars, videos, and photos of celebrities showing off their shoes—from Carmen Miranda to Katherine Hepburn to Andy Warhol. It’s in a medieval palace that Ferragamo bought in 1938 [editor’s note: Palazzo Spini Feroni, you can see it in the Ghirlandaio fresco in Santa Trinita], and even has an original well in a back room, called the Pozzo di Beatrice, named after the girl Dante went ga-ga over when he first laid eyes on her on the Florence bridge that’s steps away from the palace.

Hours: open Wednesday to Monday, 10 am-6pm
closed Tuesday, 1 January, 1 May, 15 August, 25 December.
In August: the Museum is open from 10 am to 1 pm and from 2 pm to 6 pm Mondays to Saturdays and is closed on Sundays
Tickets: 5 euro. Free for the under 10s and over 65s.
The proceeds from ticket sales are used to finance scholarship for young footwear designers.