Beyond Florence‘s many permanent museum collections and historical sites, each new year offers a host of temporary art exhibits to plan your visit around. The “Un anno ad arte” series in the state museums make up for the larger body of these exhibitions, and the 2014 ones are simply listed here along with a few others about which I already have information. As the year moves on I’ll be posting more about some of these, including exhibit reviews and seasonal round-ups of what to see in Florence. 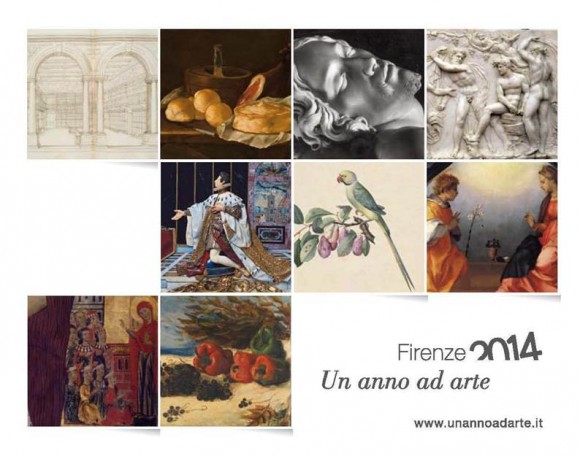 Until February 9, Uffizi Gallery department of prints and drawings, A new homeland of the spirit. Florence and the Venetian artists of the early twentieth century

Until April 7, Museo Horne, Horne & Friends. Florence a dream to be saved

February 18 to May 18, Galleria dell’Accademia, Ri – conoscere Michelangelo (Re-getting to know Michelangelo through 19th century and onwards photographs of works by the sculptor)

May 20 to September 28, Museo degli Argenti, Sacri Splendori. Il Tesoro della ‘Cappella delle Reliquie’ in Palazzo Pitti (Sacred Splendours: the treasures of the Chapel of the Relics in Palazzo Pitti)

Please note: the translated Italian titles are not the definitive English language names of the exhibitions, but their English titles have not yet been released.

This post is for the January topic of the ArtSmart Travel Roundtable, “What art to see in 2014”. See how my colleagues around the table and around the world have interpreted this theme: