I’m heading into a deep tunnel of work, but it’s a good thing. That’s because I’m leading a social media team of 21 people at the major international conference and event, Florens 2012, from November 3-11. Florens is a week dedicated to cultural heritage and economy – more specifically where the two meet (I’ve reflected on this a bit already in this post on economy and culture).

This is a huge event, so there’s something for everyone. If you’re in Florence you won’t be able to avoid some of its manifestations, like a gigantic cross made of marble blocks in Piazza Santa Croce, which is an installation by Mimmo Paladino – who is also one of the event’s keynote speakers. 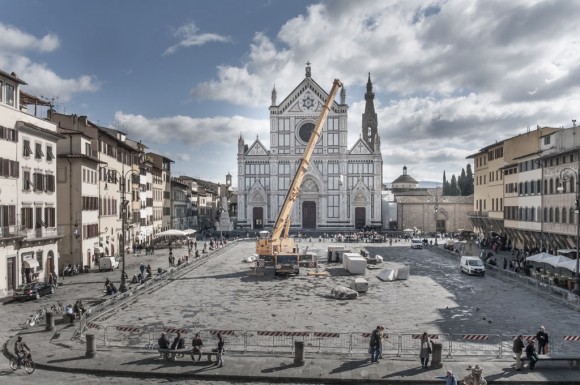 Inside Palazzo Vecchio and in a few breakout locations there are over a hundred conferences, roundtables, keynote speeches and “cultural aperitivos”. And every single one of them is FREE.

For example, Saturday night, November 3d at 9pm, i’m going to hear Mimmo Paladino talk about art and public space, which is a very interesting topic, I think. That talk is in Italian, but many others during the day have simulataneous translation available into English. On Tuesday November 6th at 6:30pm there’s a rountable talk on museum apps, followed by a free aperitivo, where Nancy Proctor, who is in charge of the Smithsonian’s social media and technology, is one of the speakers – this session is in English. “Stranieri” or expats in Florence have their say at a session at the Bargello on the Friday afternoon – it’s always nice to hear another point of view. 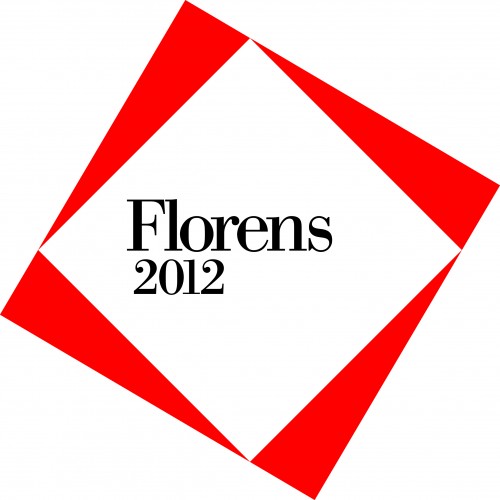 If you’re going to go to the talks – and you really should – you need to sign up here – and then it’s all free.

And, if you’re in the salone dei Cinquecento, keep an eye out for me at the bloggers’ table to the right – come by to say hi, and if I have a moment we can step out and chat. You can also meet the group of international bloggers who won a trip to Florence to tell the story to their readers – there are 7 of them, plus 7 local bloggers and 6 of my colleagues who will be all around, tweeting our rear ends off.

Finally, give me a hand – we’re running a tweet wall that will display your comments projected on a massive screen in the Salone dei Cinquecento, so tweet with the hashtag #florens2012 ! And of course you can follow the fun also on the facebook page of Florens.

If you don’t hear anything else from me in the next two weeks, that’s why.