If you decide upon expat life in Florence, sooner or later you’re going to want to make some new friends. Many students and expats say how hard it is for them to meet Italians, especially Florentines. I found this true when I started out as a student, but it turns out I was looking in the wrong place! This article outlines five groups or communities that organize structured activities in Florence that lend themselves well to networking. Trust me, it’s more effective than just talking to the guy next to you in a bar! 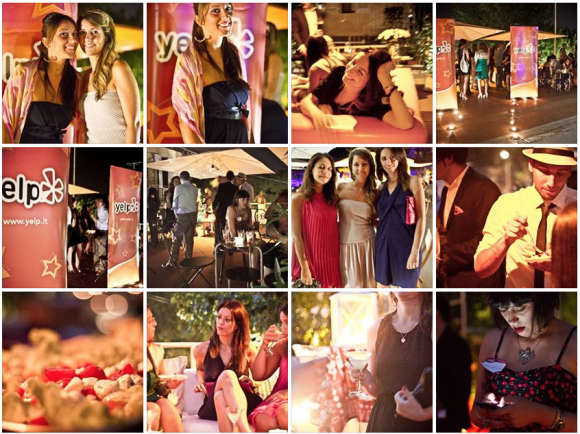 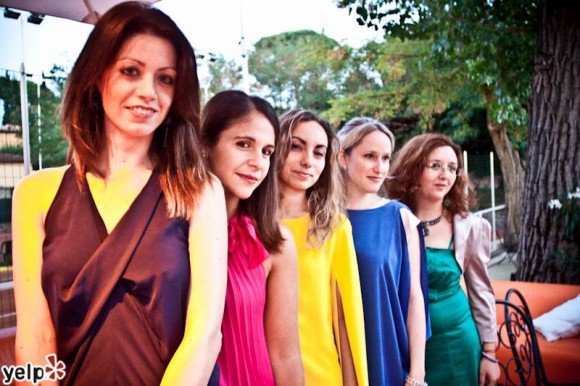 Me (blue) and some other Yelpers

Many of you probably know the local review website Yelp, which has been around for a dog’s age and is well known in the USA. Yelp moved into new cities about 2 years ago, and hired a great, fluently bilingual community manager, Kristina Grancaric. Kristina has done a great job getting together a solid group of outgoing young people who attend the frequent Yelp events.

Yelp is a local review site, more for locals than for tourists. It depends on cultivating a network of reviewers who are socially active and also active on the website. Restaurants but also businesses of any type are listed, and the most frequent reviewers are called Elites, allowing them to attend special monthly events. Yelp organizes free evenings for Elites, and, at this point, also some events open to anyone.

A recent Elite event, for example, was held at Luci sul Piazzale, an open space over Piazzale Michelangelo with a chic bar and outdoor couch and table seating. In the colder “shoulder” months it is covered by a tent. Our group was asked to dress up fancy and everyone looked great, wearing lots of colours. Yelp events force networking – you’re expected to wear a name tag and get to know people, so it’s perfect if you’re looking for new friends who like to go out. There are a few native English speakers in the group, and plenty of Italians happy to practise, too.

To attend Yelp events, register on the website and start writing reviews of every service you use in Florence. Open up a question on the chat thread, and  connect with some of the active Yelpers you see on the site. There are regular “newbie” events you can go to, or get an elite to bring you to an “adopt a new yelper” event which is super cute and usually involves free shots. 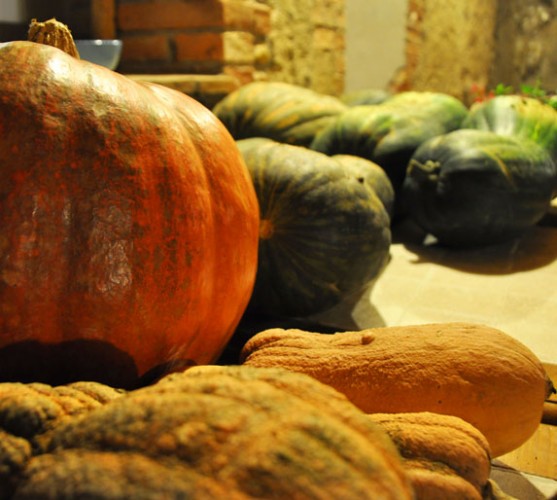 harvested zucca of all types

DeGustibus is an enogastronomical club that organizes occasional dinners, outings and activities centered around locally produced food and wine in Tuscany. They have established a network of agriturismi and food producers where they organize these events. Some don’t have a restaurant but put together dinners for the group in the area used for breakfasts or in their personal living rooms. These dinners always involve a TON of food for about 30 or 35 euros. You sit at long tables and frequently there are people who show up alone, so you’ll be welcomed heartily and fed til you’re stuffed.

De Gustibus also sells member producers’ cheese, wine, oil and vegetables either upon order or with a weekly food box.

Their only defect is that events are announced rather last minute and are a bit infrequent. They are usually out of town but you can ask if someone is available to drive you if you don’t have a car. To get in touch, sign up for the newsletter. If you’re a Brit in Florence, the British Institute is your cultural group for reminiscing about specific English things. You may find solidarity and comfort meeting others from your country, though of course there won’t be any Italians here. Although in the past this association offered a mostly staid line-up of classic films, book chats and semi-academic lectures, lately they’ve opened up more youthfully appealing events. There’s a weekly tea every Thursday at 4:30pm, and circa-monthly thematic aperitivi with workshops reserved for under 30s (last year they did an origami one that looked fun).

They are also just kicking off a writers’ support group this Fall – see Florence Writers on Facebook – where there will be talks but also active workshops, perfect for anyone blogging or writing a book in Florence.

Creative People in Florence is a vibrant international community of artists, designers, artisans, and creative thinkers.  The group was founded to foster collaboration, promote members’ projects, and activate the contemporary arts in Florence. They hold aperitivi about once a month where creative people and those who support them can chat about their experiences, as well as occasional larger events. If you’re an artist working in Florence, membership lets you join group shows and have a presence on their excellent website. Their facebook group, with thousands of people, is a good place to promote or find out about workshops and other opportunities. 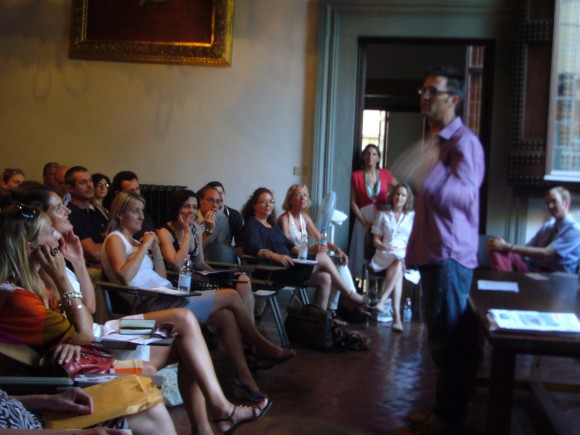 In an earlier article on this blog on “how to put down roots in another country” I mentioned the business networking association ToscanaIN as one way I have met a lot of new people and also made job connections in Florence. This is something I continue to recommend to anyone new to town as long as they can speak enough Italian to understand a semi-formal talk, because these monthly events usually have a talk followed by a networking aperitivo.

Through ToscanaIN, I met my current employers, Flod and The Florentine, as well as made a contact that led to a teaching position. I’ve found suppliers for services I have needed at work. And most of all, I have made lasting friendships, especially with Laura De Benedetto, the president and founder of ToscanaIN whom I count amongst my best friends.

Another nice thing about ToscanaIN is that it reflects the interests of its members, so you can organize an event if you wish. I have organized the annual English language event for 5 years running, with The Florentine. To find out what the next event is, look on the website, join the group on LinkedIN, and sign up for the email newsletter. Events usually cost 10 euros to cover the price of the aperitivo, and you have to be an annual member (25€) to attend.

*NOTE – as of 2014, ToscanaIN no longer holds very regular events

What else do you suggest? These 5 groups organize events at which I have successfully made a few new friends in Florence. What would you add?