Japonism in Tuscany – who knew?

Apparently, before the current trend in sushi restaurants hit Florence, there was a time that Florentines (and Italians) were crazy about Japan. And then they forgot all about it. For a while. Luckily, some scholars have thought to compile evidence of Japanism in 19th and early 20th century Tuscany, resulting in a small but interesting exhibit at Palazzo Pitti, and in this opportunity to review the influence of Japanese culture on Tuscan art.

The term Japonisme (Japonism in English and Giapponismo in Italian) was coined in 1872 in France, by which time there had been almost twenty years of contact between Western Europe and the Eastern country; enough time for some of the European artists to go quite crazy for the essential and spiritual style found in Japanese decorative and fine arts. 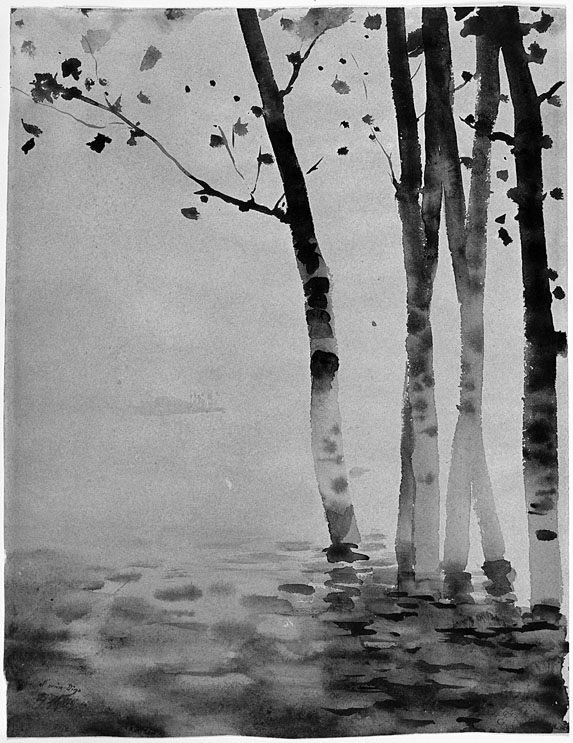 The movement was strongest in France, so some of the first Italian artists to be “afflicted” were those studying in Paris. Meanwhile, back in Florence, the eccentric Frederick Stibbert seems to have been an influential collector of Japanese decorative arts, starting in 1870, to the point that villa owners imitated him. Shopping at the antiquarian Janetti, they decorated whole rooms in a Japanizing style (to various degrees recognizable as such).

The exhibit at Palazzo Pitti is divided into seven small sections, of which I wish to highlight just a few.

A decidedly Japanese feel can be intuited when looking at the china ink drawing of poplars in water by Giuseppe De Nittis (1846-1884), pictured above, friend of Monet and a decade-long resident of Paris. The French Impressionist painter did 24 canvases of the same trees in 1891; one from the Musée d’Orsay is displayed next to the De Nittis. Both are vertical and asymmetrical, though the monochrome work by the Italian perhaps better captures an Oriental feel. 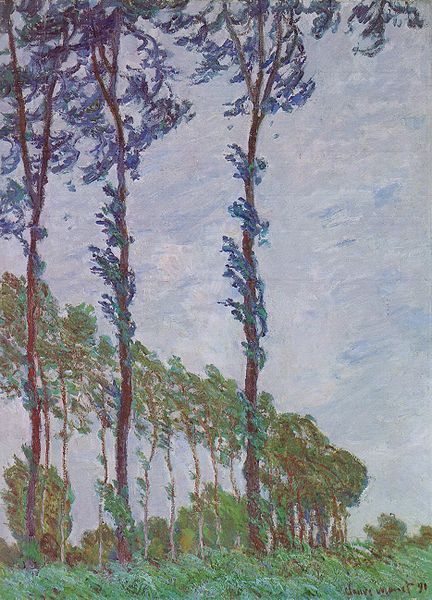 Japan on the skin – the kimono

The kimono becomes an object of great interest to Europeans and Americans at the end of the nineteenth century and a de-riguer accessory for anyone who considered him or herself “into Japan” at the time. Thus it shows up on women in paintings and even in a self-portrait by a female artist, Elisabeth Chaplin (1892-1982). Actually a “red shawl”, the fabric is reminiscent of that used for traditional red-based, floral kimonos, and the artist juxtaposes this fabric with a pose that recalls Bronzino’s portraits, a strange mix of eastern and Florentine. The artist (though not necessarily this painting) was quite well appreciated by the Society of Belle Arti of Florence. 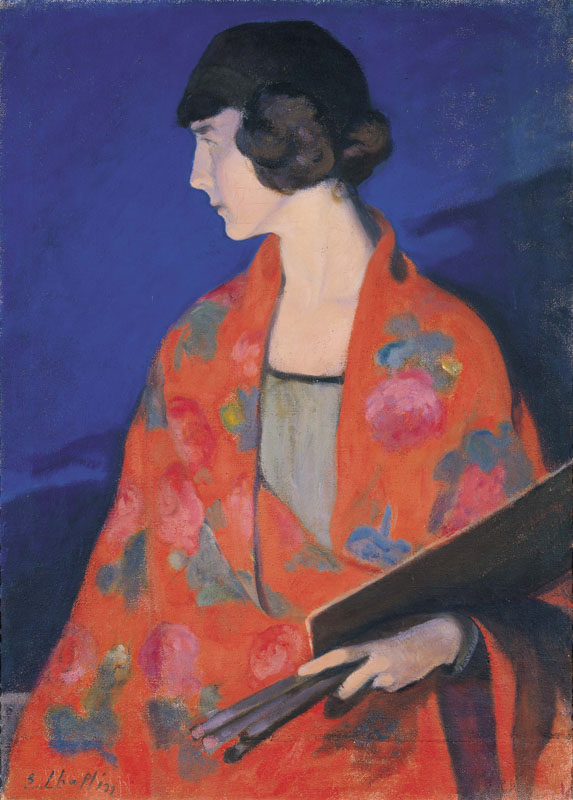 Mario Cavaglieri’s portrait of a woman in a sitting room captures an essence of Japan in its vertical orientation and in the mass of folded fabric that extends beyond the seated female figure, recalling the seated geishas of Ukiyo-e prints.

Later, in the 1920s, Japanese influence mixes with Art Deco very nicely, resulting in a fashion that combines elements from both, as can be seen in a design for a dress by the Florentine Thayat, a good friend of Bernard Berenson’s incidentally (catalogue no. 51).

Of the Tuscan artists influenced by Japonism there’s Vito D’Ancona, Telemaco Signorini and a little bit of Giovanni Fattori – two famous Macchiaioli names. The most interesting of these is, in fact, a small Fattori from a private collection (no photo, sadly, has been provided in the press kit). An image of fisherman on the seafront fixing their nets, the strange perspective and limited colours appear to be influenced by manga images by Hokusai, which impact one also sees on Fattori’s contemporary, Signorini. The latter’s oil on cardboard sketch of a bare tree in Settignano, just steps from my own home, also shows an essentialism that seems sympathetic to a Japanese point of view.

Japonism did not exactly die out, but the vogue seems to have slowly dwindled. The exhibit ends with a painting by Mario Cavaglieri from 1955 that is labeled as the “masterpiece of Italian Japonism”. The large oil, as with so many of the works in this exhibit, takes Japanese objects and themes and renders them with flattened volumes and a strong sense of outline, but either the medium or the mindset of the European artist nonetheless lacks the still beauty and magnitude found in just one, tiny, Hokusai print.