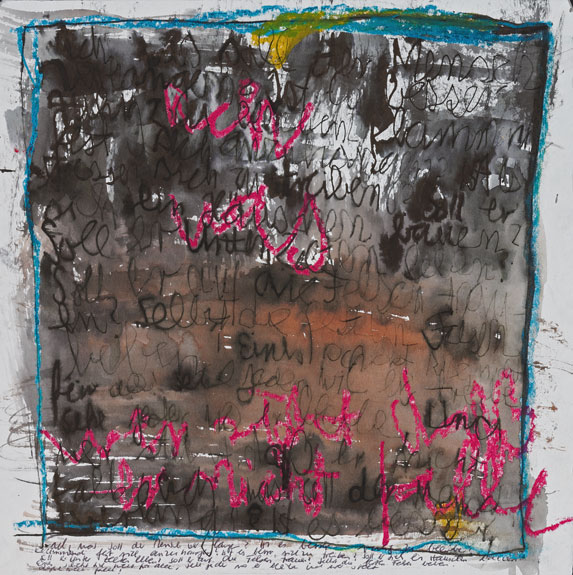 I’m happy to announce the exhibit of a friend of mine’s work opening in Florence at Immaginaria Arti Visive Gallery at via Guelfa n. 22/ a r, Florence, from October 6 to November 1, 2012. I personally love Katrin’s work and invested in one of her paintings a few years ago, so I’m looking forward to seeing how she has evolved since then. 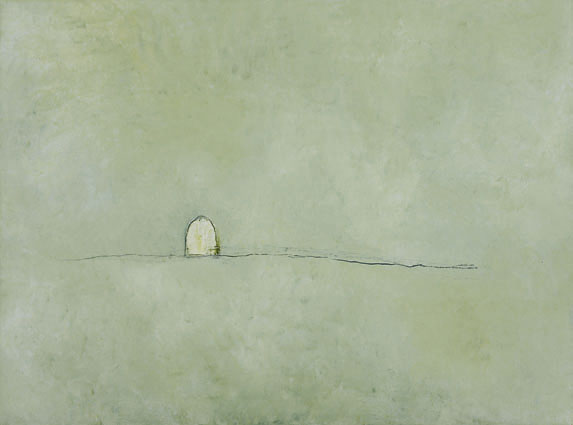 Currently a visiting artist at the American Academy in Rome, she was born in Zeven and grew up in Northern Germany in Heeslingen.

The following is an excerpt from a critique of her work by Susanna Ragionieri:

The idea that forms can unfold in space according to a principle of inner necessity analogous to that of a natural organism, let us say a flower – is one that, since the time of Klee and Kandinski, has opened up boundless realms of experimentation to so many artists. It has also led to the awareness that drawing and writing spring from the same origin: the sign. In the years following the Second World War this awareness was enriched by the vital implications of Gestalt theory, which posited the direct involvement of the body in the creation of art. Hence the distance that could separate artist and finished product was dissolved, and a place was made for the work in progress, open to infinite modifications and developments.

In my view, each of these elements is present in its own way in Katrin Grote-Baker’s work, and the apparently different directions her art takes – material and color, signs, writing – are nothing other than the mark of her obedience to a principle of kinesis, a principle on which she draws like a founding myth, like a veritable wellspring. 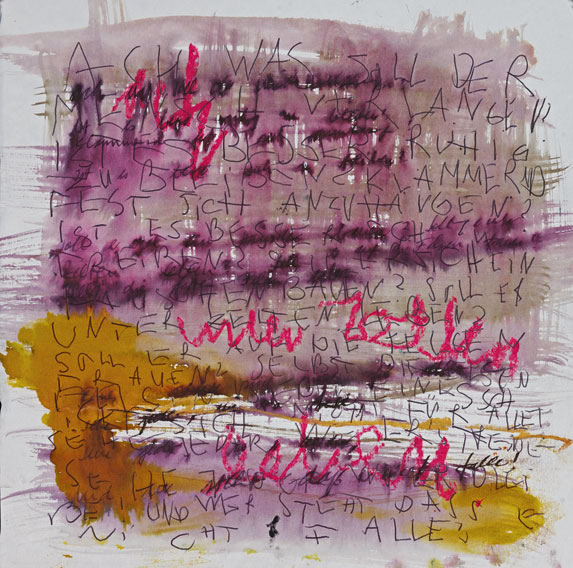 The same energy that gives form to the paint – sometimes applied directly to the surface with the fingertips – also guides the sudden turns of the pencil, tracing short, jolting signs like secret notes in the tonal margin. Hence the work is driven by a certain rhythm, pace, and breath. At times it dances, at others, perhaps, it rests.

Re-examining Katrin Grote-Baker’s works, one realizes that this desire for cosmic resonance is indebted to Cy Twombly, whose example she has embraced with spontaneous simplicity. She has appropriated it, as artists so often do, out of love and with love.

Another aspect of the artist’s work can be seen in the nearly monochrome canvasses, with their thick and distinct application of color. The deliberately minimal graphic element – a reference to a horizon line on which a shadowy shape rises like a far-off city – calls to mind expansive spaces and times, made to contract before our eyes by a few evocative hints. Klee’s notion of the line as a journey, a trail, and thus as life is united here with the vision of unknown worlds and the motif of travel – an essential part of Katrin’s past, which has been divided between her country of birth, Germany, the United States, where she has lived with her American husband, and Italy (especially Umbria and Tuscany), long since her preferred home, a place that for her is not only geographical but also mental and cultural. 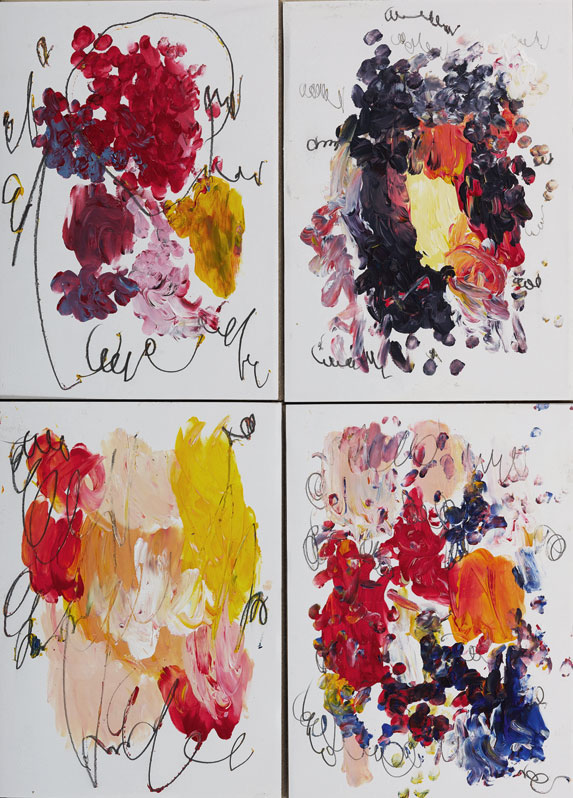