3 new restaurants in Florence with a cultural bent

New restaurants seem to be opening up in Florence every week. Eschewing the traditional Florentine decor, food and opening hours, these businesses challenge crisis by combining food with cultural offerings. 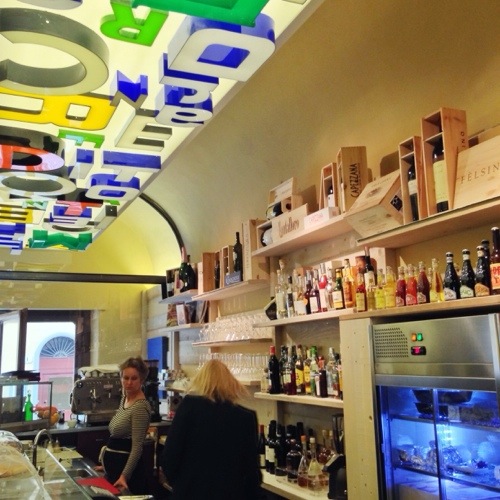 I had the privilege to attend a tasting lunch at the newly opened CIBI on via delle Caldaie, just off Piazza Santo Spirito (www.cibifirenze.it). This ex-blacksmith’s has been beautifully restored by architects at Studio Benaim, who used found objects like slightly rusted post-war metal shelves (I want them!), barrel ribs adapted to make a long bar, and letters from old signs composed into an original long lamp. The atmosphere is truly international, and although it’s not out of place in the funky Oltrarno, what I like about CIBI is that it doesn’t seem very Florentine. 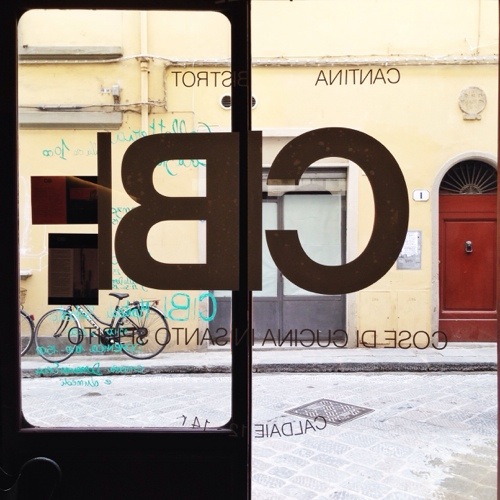 Food and Wine are priority at CIBI but so are the arts. A different artist will be featured on the walls in rotation – the first exhibit was some quite nice abstract paintings. Book presentations and other small cultural events will take place here, especially as the small courtyard garden becomes useable in the spring. And interestingly, CIBI’s kitchen is open all day, for long hours – from about 10am to 1pm – allowing you to eat pretty much any time, or come in for breakfast or afternoon tea and cake. Mix this with an european-cosmopolitan menu that proposes unexpected flavours and you have a recipe for success. For more about the food, see my friend Georgette’s review. 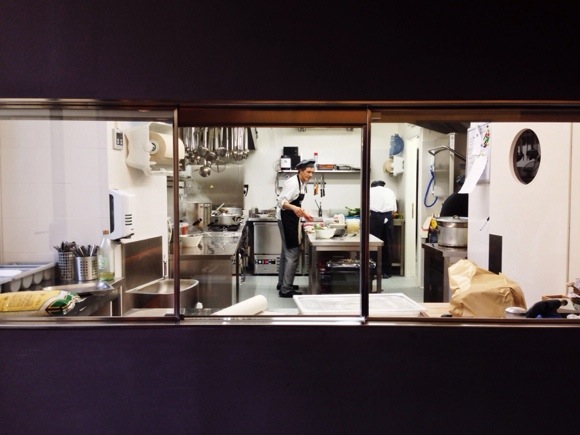 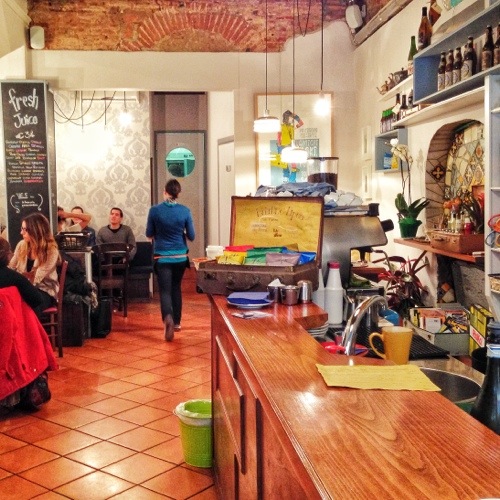 The keyword here is American-style brunch. Le Vespe Café opened in late 2013 on via Ghibellina (76r) in the Santa Croce neighbourhood. You wouldn’t give it a second glance from the outside, but inside it’s very cute, mixing chalkboard menus with the orientalizing remnants of the building’s previous occupant. Le Vespe is open all day and specializes in brunch served until late, with pancakes and Canadian maple syrup due to the co-owner being from Toronto like I am. They also offer a light lunch menu, and they’re open all afternoon so you can have a big mug of loose tea (2€) and a slice of banana bread (1.50€) while using the free wifi. Here, the cultural offering is simply North American. Oh, and the board games… 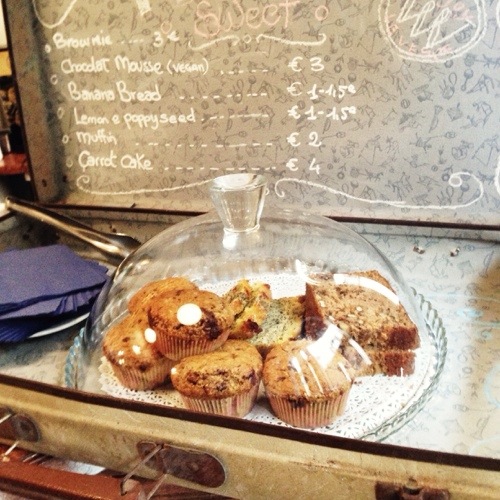 My friends at Zenzero biocatering, an organic vegetarian caterer that I have had the pleasure of using at many events, are now providing the food to the bar at Florence’s latest art cinema house, Spazio Alfieri. Called Zazie dans le Bistrò (http://zazie-dans.com), they’re open from 5pm to 1am and serve soups, salads and baked potatoes (yes!) for dinner, or you can opt for the delicious organic aperitivo nightly from 7-9pm, sometimes accompanied by a language exchange (Spanish, English, Italian, you name it).  Either aperitivo or dinner can be combined with a movie ticket for 12/20€. Alfieri offers some blockbusters but also a largish number of art films, festival stuff and premieres in the presence of the director. Films are often in their original language. To sum it up: organic vegetarian food plus art films? To some, torture. My idea of fun.