The new Opera del Duomo Museum in Florence opens October 29, 2015. Gone are the days when this museum was visited by just a few passionate art historians, but the new museum, under the direction of Monsignor Timothy Verdon, is ready to deal with hoardes of tourists, all the while educating them about the museum’s relevance to the Duomo, and the Duomo’s relationship to the city. 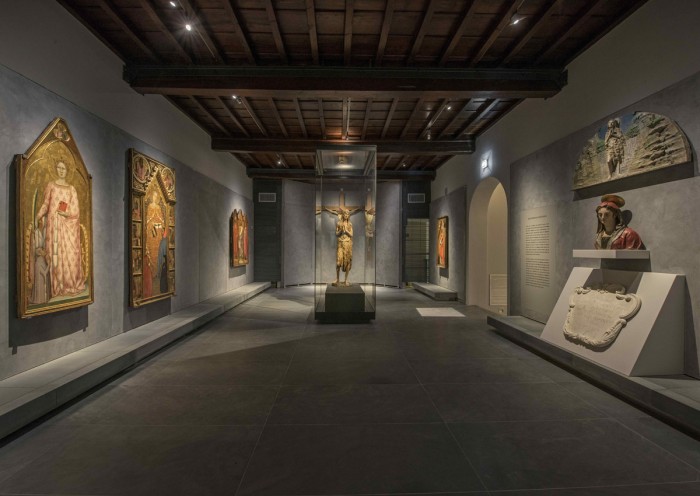 The new museum more than doubles the space of the old one, thanks to the acquisition, in 1997, of a vast space next to the previous museum that was once a theatre (in 1778) and most recently a parking garage! The interior that offered no particular architectonic features “resolved the museum’s thorniest prolem,” as Timothy Verdon said to the press, “how to exhibit more than 100 fragments of the cathedral’s lost medieval facade, dismantled in 1586-87, forty statues, many monumental in scale, and some sixty architectural elements”.

Below I’ve included the exhibition walkthrough and photos I took of each of the rooms described, but first, a refelction on this space and its museology.

Timothy Verdon is a marvellous scholar and speaker, and with this museum project he has demonstrated his full understanding of the power of good communication combined with well-planned architecture and great content. It is a very rare pleasure in Italy that a new museum should open and prove to be not only airy and welcoming but also contain some of the most important art of the Renaissance.

The museum proposes two main “paths”, one for the visitor with limited time (or interest) on the main floor, and an extended one that continues on the floor above. This flow is natural and physically pleasant. There is no question that, with the combined ticket (Baptistery, Belltower, Duomo climb and museum for €15) this museum is going to welcome larger crowds than before, but hopefully the larger spaces will absorb them while the seating areas and smaller rooms will still provide room for meditative looking. This is certainly encouraged by the space itself and by the addition of music in some rooms (like that dedicated to the cantorie).

So what do I think? I love it. Honestly, I already knew I would when I visited it during the construction phase last winter and heard Mons. Verdon speak about the project. In line with the museum’s mission to present works associated with the Opera del Duomo, he’s finally been able to create a space that actually illustrates what the Duomo was intended to look like and returns important works (like those by Donatello and Nanni di Banco) back to their intended context. It’s a museum that represents the spirituality of this place, of Florence, of a Christian past that is essential to our understanding of the city. 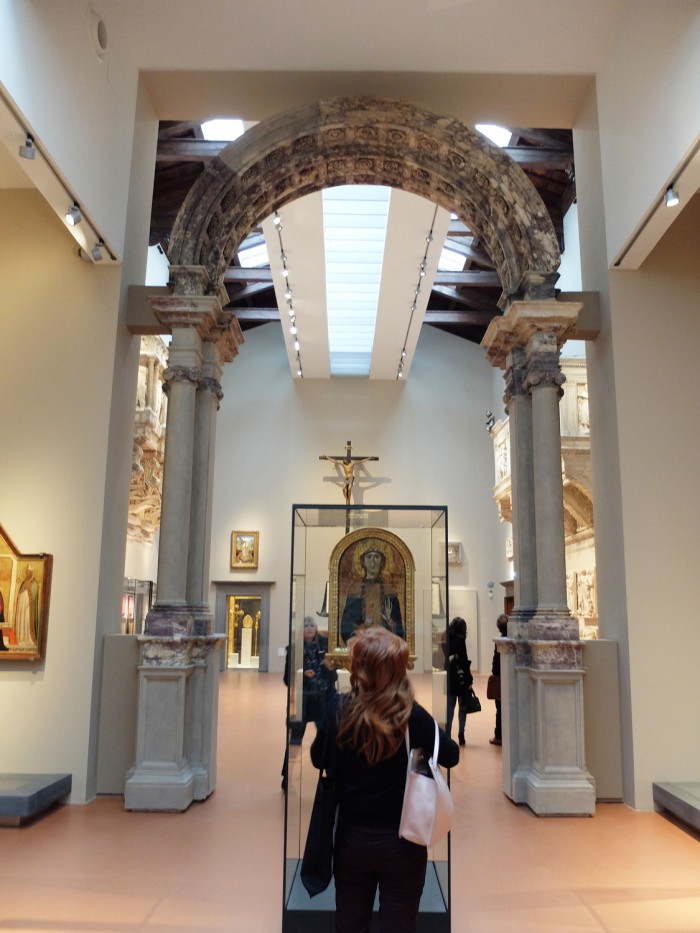 Entering into one of the rooms 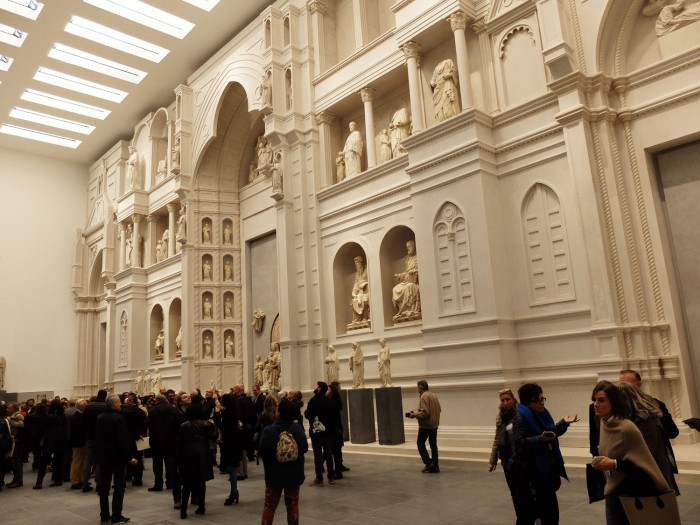 The room of the first facade

The heart of the new museum is the spectacular Room of the First Façade (36 x 20 x 20 mt.), where a huge model of Florence cathedral’s original façade – erected by Arnolfo di Cambio after 1296 but never completed and eventually dismantled in 1586–7 – has been rebuilt in resin and marble dust to cover one whole side of the room. Forty statues of the 14th and early 15th centuries originally carved for the façade by such artists as Arnolfo di Cambio, Donatello and Nanni di Banco, are positioned in front of this gigantic backdrop, which has been rebuilt on the basis of an extant 16th century drawing.

The “Gates of Paradise”, newly restored

On the opposite side of the room, the Doors of Paradise (1425–52), as Michelangelo called them, “will once again occupy a position in front of the cathedral’s original façade, reconstructing a visual and iconographical relationship which had been lost for over four hundred years,” says Timothy Verdon. Standing beside them will be thenewly restored, celebrated North Door of Florence’s Baptistry, made by Lorenzo Ghiberti after he beat Filippo Brunelleschi in a competition in 1401, and these two sets of doors are also to be joined in the future by Andrea Pisano’s South Door. 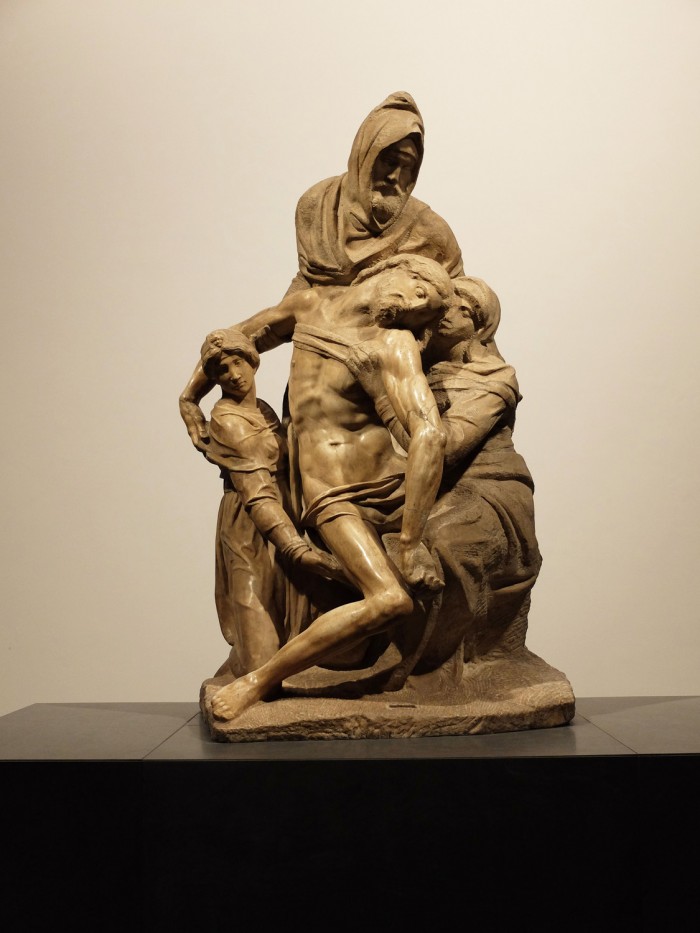 Further rooms showcase the works of art in the collection that have the greatest spiritual impact – masterworks such as Donatello’s Penitent Magdalen and Michelangelo’s Pietà (1547–55). The Pietà is one of the great artist’s most mysterious works. Possibly intending it for his own tomb, Michelangelo took a hammer to it in a fit of depression and attempted to destroy it.

The Magdalen (1453–55), a masterpiece of Donatello’s art and of the Florentine Early Renaissance, depicts an ageing woman ravaged by the passage of the years and by her own self-inflicted penitence, so thin she can barely stand up. Yet at the same time, she radiates an enormous inner strength both from her gaze filled with tenderness and devotion, and from the hands which she is about to clasp in prayer. 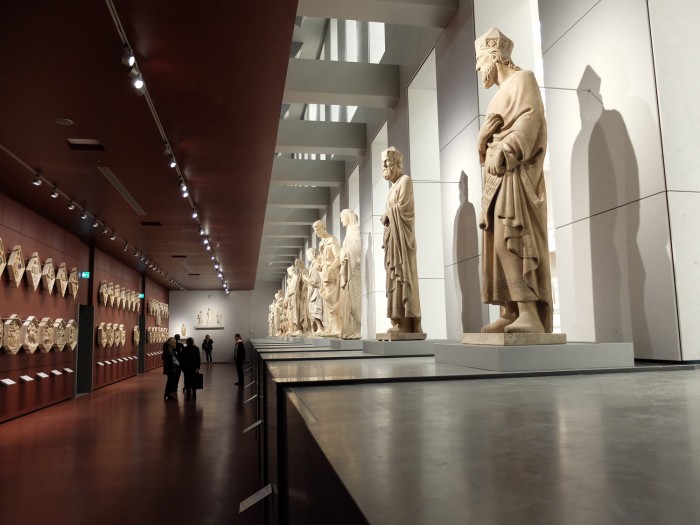 The Gallery of Giotto’s Bell Tower

On the upper floor, the Gallery of Giotto’s Bell Tower, 36 metres long, houses sixteen life-size sculptures – including Donatello’s splendid statues of the Prophets Habakkuk and Jeremiah, the Beardless Prophet and the Sacrific of Isaac – and the fifty-four carved panels which originally adorned the tower. These originals are placed at eye level, permitting a fantastic close-up view of these seldom-appreciated masterpieces. 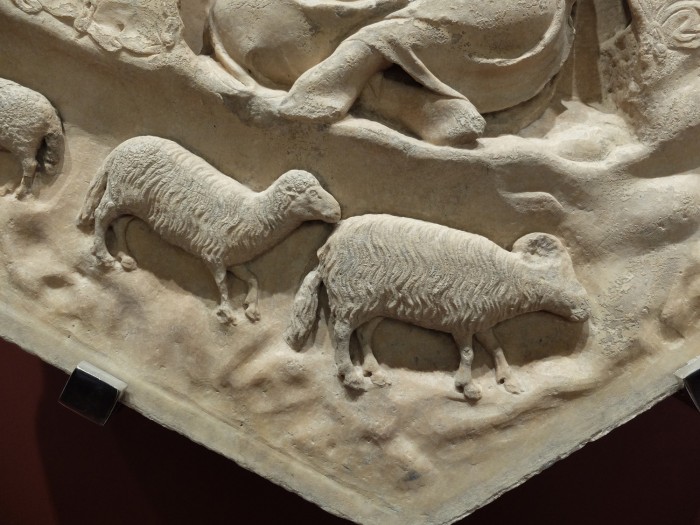 From apertures in both this room and the room of the same size on the floor above, the visitor will be able to look down onto the huge model of Arnolfo’s original façade in a seamless visual dialogue. 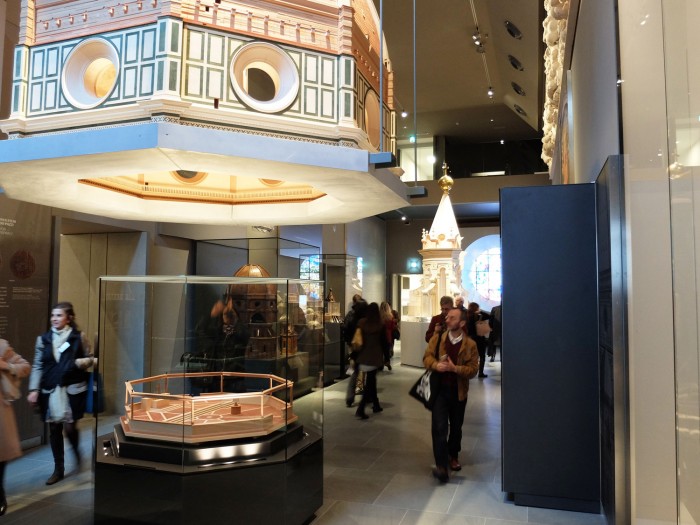 The Gallery of Brunelleschi’s Dome (1418–36), also on the first floor, is a museum within the museum, housing 15th century wooden models including one attributed to Brunelleschi himself, period materials and the tools used to build the dome, along with the great architect’s funeral mask. The room is completed by two large wooden models of the Lantern and of the Dome made by the architect Franco Gizdulich. 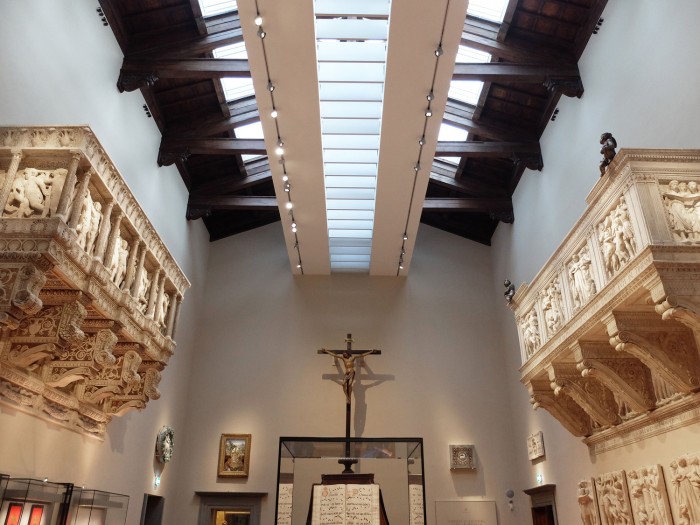 A few steps will bring the visitor to the Gallery of Luca della Robbia’s and Donatello’s Choir Lofts, with the two large choir lofts carved for the cathedral between 1431 and 1439. Next door, an octagonal room houses the twenty-five reliefs from Baccio Bandinelli’s 16th century choir, while the works of art which formed part of the “Baptistry Treasure” are showcased in the Room of the Silver Altar nearby. On display here for the first time since their restoration, the visitor will be able to admire the twenty-seven panels embroidered in gold and polychrome silk with stories from the life of St. John the Baptist, the patron saint of the city of Florence, that were made to a design by Pollaiolo.

Another gallery 36 metres long on the second floor of the museum hosts late 16th and early 17th century works of art reflecting the Medici family’s efforts to “modernise” the cathedral. These include large wooden models by Bernardo Buontalenti, Giovan Antonio Dosio and Gherardo Silvani for the new west front, to replace the façade dismantled in 1586, and ephemeral statues and paintings made to celebrate the marriage of Grand Duke Ferdinando I with Princess Christine of Lorraine in 1589. A small room at the end of the gallery offers a breathtaking view of Brunelleschi’s dome, while on the third floor the same view may be enjoyed from the spectacular open-air terrace set amid the tiled rooftops of Florence.