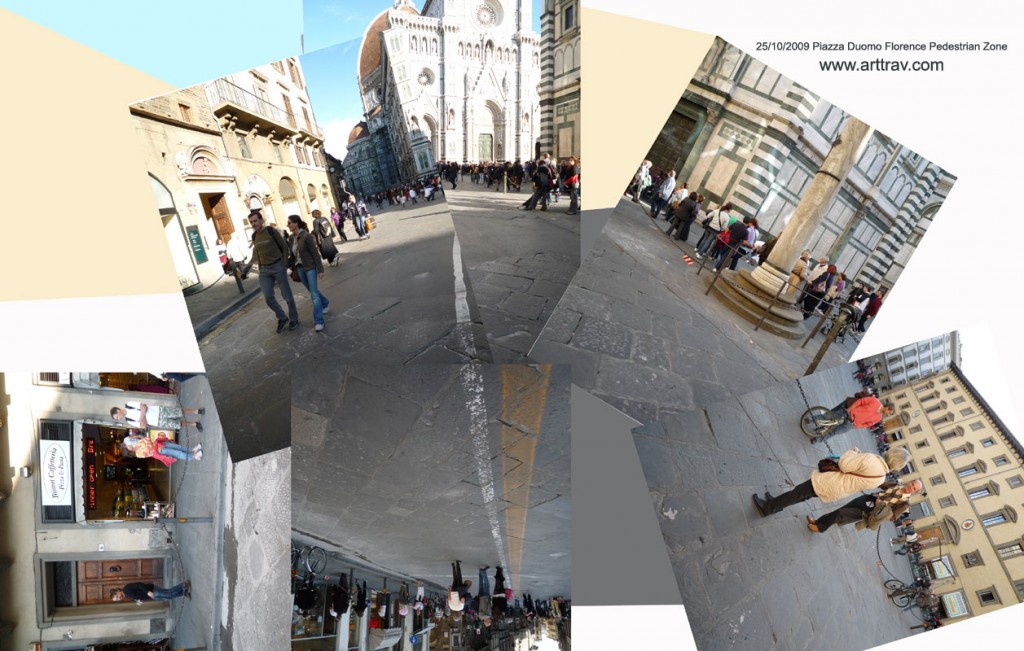 I took this photo standing in the middle of the road, on the yellow and white line across from the column of Saint Zanobius, who until today could not have protected me from being run over by busses, taxis, and motorini had I attempted such a stupid photo trick. I just had to do it. Think of the opportunities…

Well the chains are still up, and the lines are still on the road… Let’s hope they re-cobblestone the area and put down expensive benches and planters, and make it too expensive and difficult to step back and open this area to traffic ever again. For now, it just seemed like a “domenica ecologica” – the occasional sunday closure of downtown to traffic. People still tend to group where chains lead them. The only difference is the number of HAPPY FLORENTINES. Everyone was out and the atmosphere was positive.

We took advantage of a free tour offered by the Associazione Mercurio to the Baptistry and the workshop of the Opera del Duomo. Our guide, Marco, was upbeat and didn’t say any blatant lies (okay, i’m a really tough audience). Going into the Baptistry was a real highlight, something we do too rarely cuz it costs money and requires a line-up. Marco also talked about the three sets of doors to the Baptistry, emphasizing that the Ghiberti and Pisano doors are the originals and that they have been there for 700 years. Too often we Florentines walk past these masterpieces without pausing to think of their monumental import. We then went to the OPD bottega where they make marble copies of damaged statues using the pointer system. The best part of this was a bunch of tools on display which I’ve photographed for you and will be keeping to show my students how sculptures have been made for time immemorial.

I’m really happy that Piazza Duomo is pedestrian only now. We’ll deal with a few weeks or months of inconvenience, and I’m sorry if some visitors will have to drag their suitcases a bit further until things get straightened out… but it’s just such a JOY to have taken re-possession of this historic space. Via Martelli has potential to become a grand boulevard (with hopefully improved cafe’ and shop offerings) and the immediate centeral area around the monuments will be thus expanded, more viable, and less congested.

Have you seen the new piazza duomo? What do you think? it is all going to be okay? 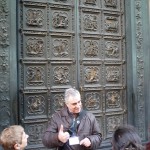 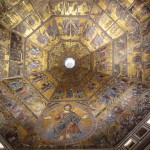 Inside Florence Baptistry mosaics on cuppola 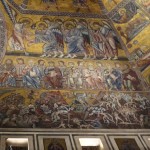 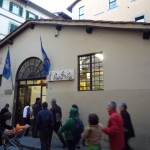 OPD workshop where they make copies 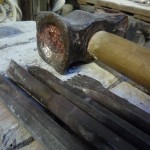 Hammer and chisels used by ancient and modern scuptors