These days, turn on a TV during an election campaign and you will be subjected to the unedifying sight of interchangeable, grey-suited politicians parroting their parties’ scripted sound-bites, denigrating their opponents, and as usual refusing to answer the actual questions put to them by journalists. It is the same across the Western World, year in, year out. But if all this sounds tediously familiar, we should take a look at 15th-Century Florence for rather better entertainment in the political sphere, and the spectacular events that showcased the best and brightest of the powerful families of the city, bringing politics onto the streets in shows of dancing, jousts and sexually-charged feats of arms: armeggerie. 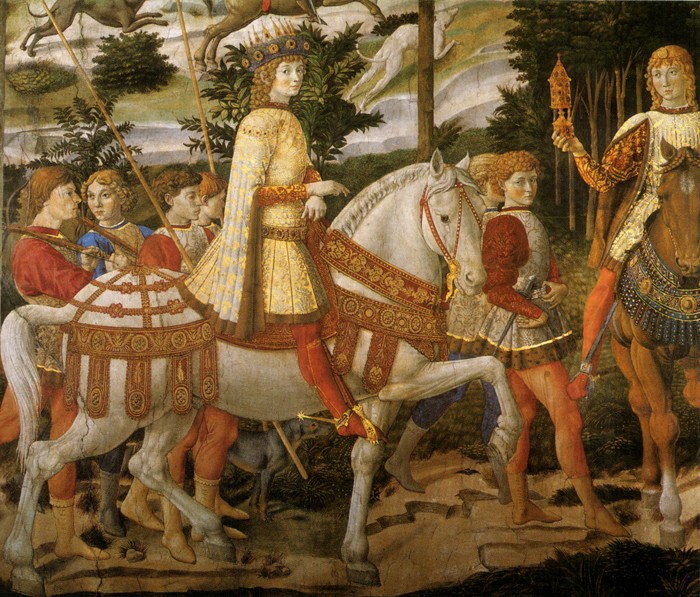 The Brigade. A brotherhood in arms

These events were based around the brigata or ‘brigade’, a group of young men mounted upon magnificent horses, which had at its centre the signore or messere, the young son of a powerful family who dressed his supporters in the magnificent livery of his household, but whose own clothing was more sumptuous by far, marking him out as their leader. The figures in the frescoes of Benozzo Gozzoli in the Palazzo Medici-Riccardi give us a real sense of just how richly-dressed these young men were, and the outer layers of their liveries were ceremonially removed one by one and given away as acts of public charity. The wealthier the family of the signore, the richer was the livery, and the greater their largesse in giving it away. In a city run by an oligarchy – where serious political power lay in the hands of a few rich families – wealth counted for everything.

Depending on the wealth of the family behind the brigata, these events could spread over two days, and included feasting, dancing, a parade, jousting, and the armeggeria itself. The staging of an armeggeria by a brigata allied to the regime was a way of affirming the power of the State, which might provide financial support for the festivities. It could also be used to humiliate their political opponents, but if staged by a family opposed to the regime, then it served as a challenge to the authority of the Comune; a defiant statement that this family chose to exercise their right to ride the streets of Florence. When powerful families staged armeggerie on different days in the same week, then the people of Florence knew that they were witnessing these families engaged in direct public competition. Conversely, some spectacles were used to strengthen alliances between families.

Brigate had been around since the Middle Ages, but their members were so numerous that they had proved a risk to public order, so by the 15th century, the number of participants in a brigata was usually restricted to twelve. The reaction to this bureaucratic restriction was simply to interpret ‘twelve’ as referring only to the signore and his wealthy friends, who formed the core of the brigata, and since each of those participants was accompanied by various retainers and torch-bearers (for these events frequently took place after dark), in practice the numbers of a brigata could still run into the hundreds, and the participation of young women swelled numbers at events still further: for dancing

Brigate could close off public spaces to stage dances – typically a marketplace – and the public were invited to participate in the feasting and dancing. It is possible that the numbers of young ladies dancing were normally just sufficient to partner the members of the brigata, but sometime many more were involved: at one event during Carnival in 1415, some 600 women danced, and a large number of men also. These young ladies were also employed in a diplomatic charm offensive if any dignitaries from outside Florence were present, to whom they served wine and sweetmeats, personally leading the gentlemen to take part in the dancing.

The dancing itself could be competitive, with judges officiating, and prizes going to the winners, but far more competitive was the jousting that followed.

As the diarist Bartolommeo del Corazza tells us, after a dance in Piazza della Signoria in 1421:

“Then, the honour given, they made to joust in the same piazza with long lances, and without shield[s], with helmets and armour of soldiers.”

Jousting specifically in the armour of soldiers without a shield is an interesting detail. This is a period when special heavy jousting armours were being developed to reduce injuries and fatalities (and which had shields), and these young men were jousting in war armour, which – although very effective – offered less protection to the wearer, and was no longer used in conjunction with a shield. So this was no mere courtly frolic. In providing this entertainment, they were running the real risk of serious injury or death: a clear display of their bravery and military ardour to onlookers.

Less directly competitive was the armeggeria itself, although it was hardly without risk. Also staged after feasting and dancing, it consisted of two activities intended to show the horsemanship of the members of the brigata. Firstly, they rode “standing up in the saddle with a golden dart in hand, as is customary…” This display of elegant gallantry was performed for a young lady beneath the windows of her family palazzo, but what followed was more like a Renaissance game of ‘chicken’, and more overtly sexual. Taking up gilded lances, the armeggiatori rode one by one at the full gallop, straight at the palazzo, coming close enough to shatter their lances on the wall beneath the window of the watching lady, but turning away at the last moment. The erotic nature of this display is hard to miss, and inducing your horse to charge at a wall was no mean feat: misjudging the stunt could have ended very badly for horse or rider. Performing these feats well (and being magnificently attired, naturally), would mean that the signore and his brigata had scored a great success.

And once these young men were in the saddle, the public had better look out, too: even though armeggerie were carefully-staged pieces of theatre in defined areas, the Government still issued decrees to unwary citizens to the effect that if by accident they got “injured or killed or trampled in any way” by these mounted bravi, then it was no use complaining about it, because the Comune could not be held liable in any way whatsoever, under any circumstances. So there! 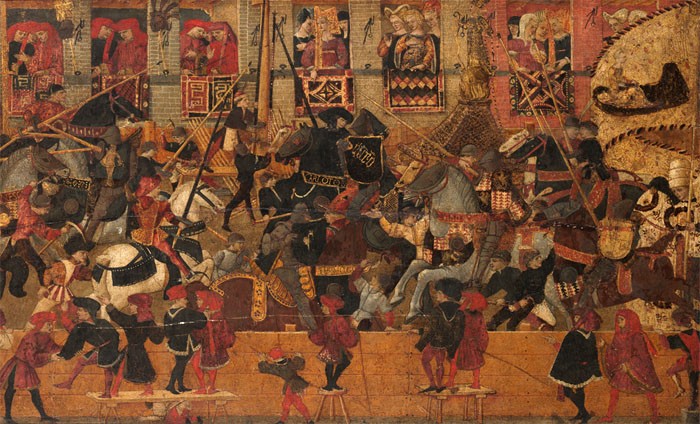 Detail of cassone above

It is remarkable that the young sons of wealthy merchants were taking part in romantic displays of chivalry that owed more to the feudal courts of Northern Europe or Naples than to Florentine republican ideals. By displaying power in the form of wealth and martial spirit, wining and dining the populace and handing out their household liveries for people to wear, the brigate were both appealing for the support of the citizens of Florence and seeking to intimidate their rivals. But also, they were betraying an aspiration to join the ranks of the European nobility whose trappings they were adopting. Democracy it wasn’t, but when it comes to political campaigns, if I had to decide between watching the grey suits on TV, or going down into Piazza della Signoria and taking the chance of getting trampled by a jouster’s horse, I know which I would choose! 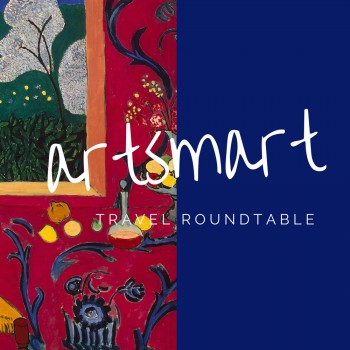 This article is part of a monthly thematic post shared by other arts bloggers around the world. See what they have to say on the topic of “War & Peace”.