It has never been open to the public with regular hours… until now. Alberti’s tiny scale copy of the Church of the Holy Sepulchre in Jerusalem is located inside the Rucellai Chapel, which in turn is part of the Church of San Pancrazio (now deconsecrated and home to the Museo Marino Marini) in Florence. It is one of the things in Florence that many art historians have never had the pleasure of laying eyes on since it is open about once a year (I saw it when it was part of an exhibit on Alberti at Palazzo Strozzi many years ago.) Starting Sunday February 17, 2013, it will be open almost every day. 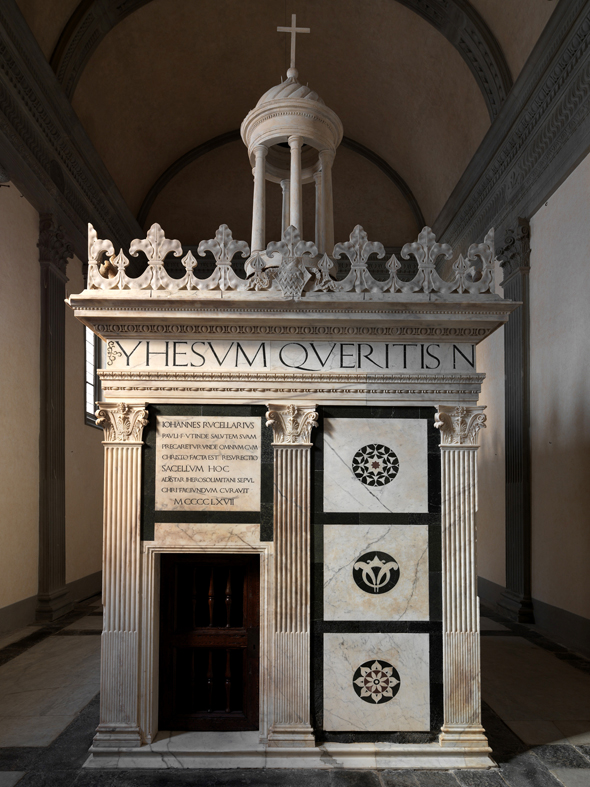 The History of the Rucellai Chapel

The Cappella Rucellai, also known as Santo Sepolcro, was quickly executed and concluded in 1467, as is attested to by the date inscribed in Latin above the entrance door, and is a scale copy of the building in Jerusalem (said to be Christ’s original tomb) which circulated in numerous drawings in the Renaissance. It was the modest tomb chapel of the patron, Giovanni Ruccellai, who was pretty much the second richest man in Florence at the time.

The idea to have a chapel in this shape occurred to other rich men too, like to Georg Emerich who, after having become knight of the Order of the Holy Sepulchre in 1465 (thanks to a pilgrimage there), had a scale copy of the building made in Görlitz (Germany, eastern border). Other copies in Germany and Poland followed. (See this book, page 120) Differences between the Northern and Italian reconstructions of the tomb in Jerusalem are chalked up to the idea that Alberti’s version is an ideal reconstruction. 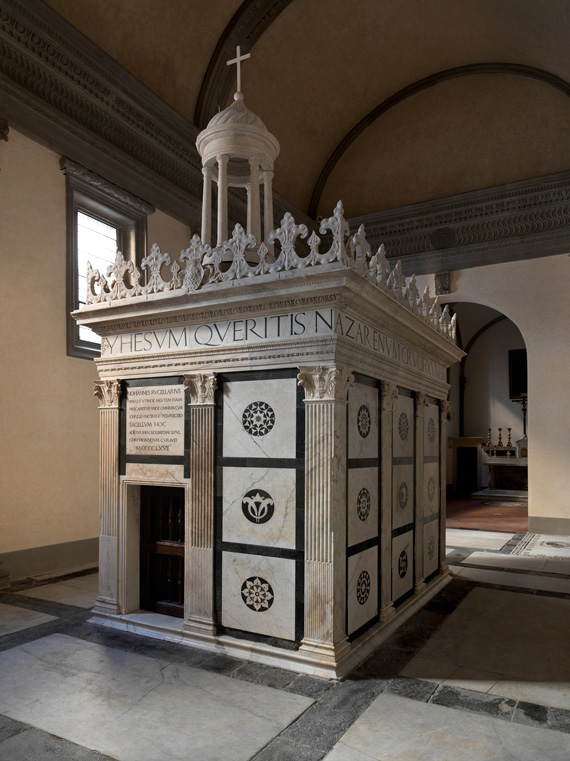 The marble decorations are attributed to Giovanni di Bertino, and consist of finely sculpted gigli up top, thin fluted pilasters, and numerous geometric and floreal intarsiated insertions in the building’s square units. There are, in fact, 30 squares and each holds a symbol that is related either to the patron and members of the Medici family (to whom he wished to suck up), or to astrology. For a detailed analysis of the musical symbolism in this work see the study by Angela Pintore here. 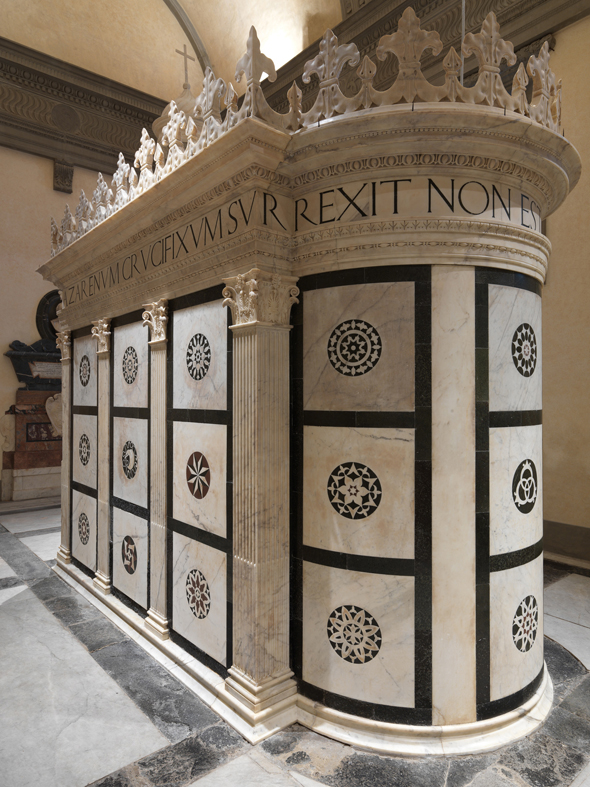 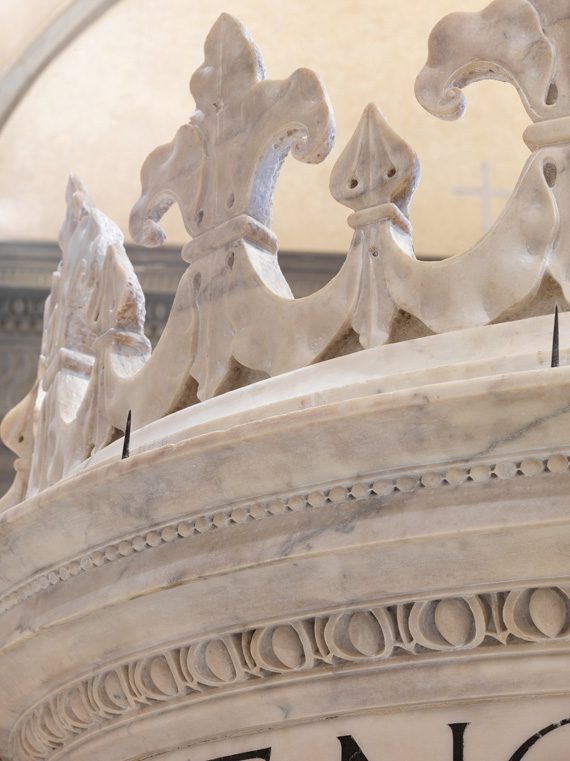 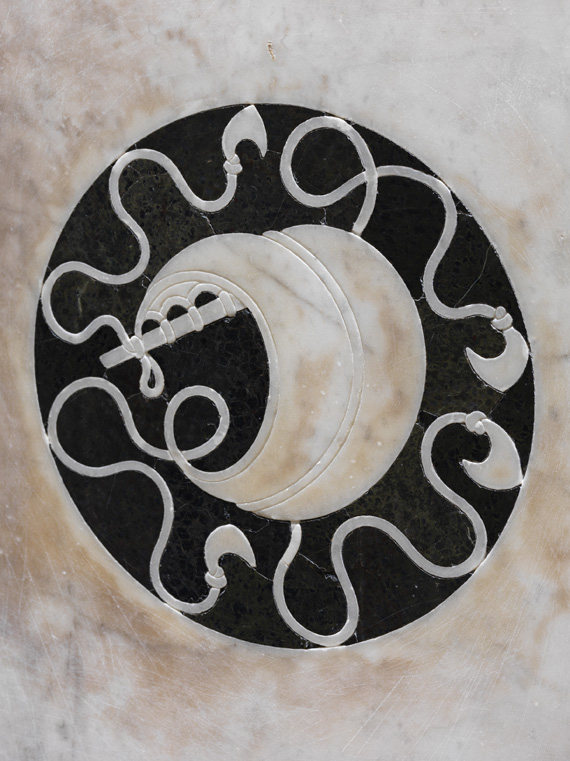 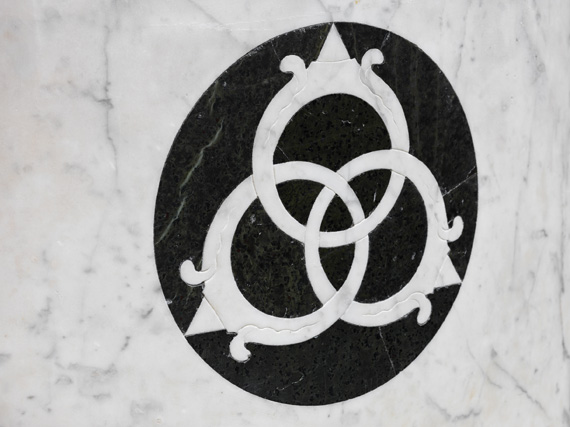 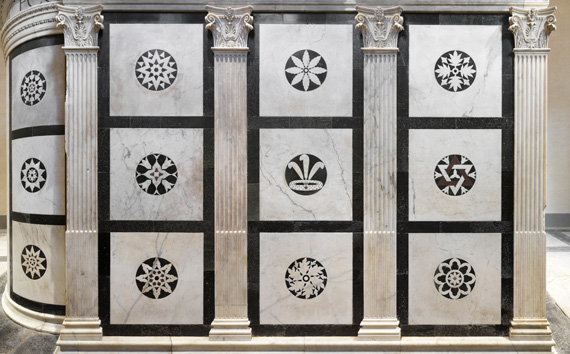 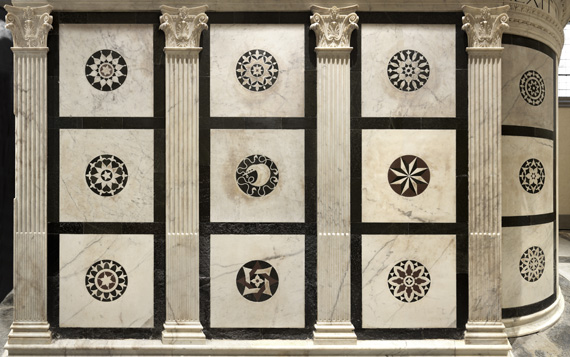 The interior consists of a single altar and painting (I was unable to find out who the painting is by). 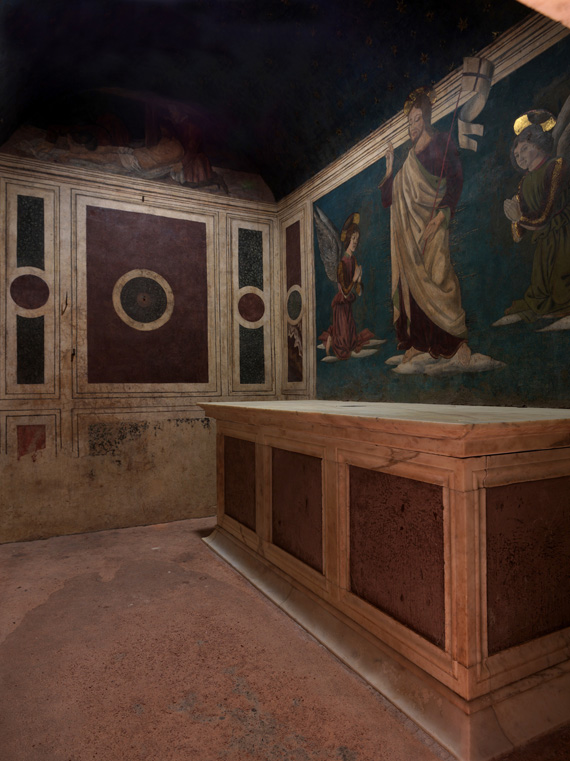 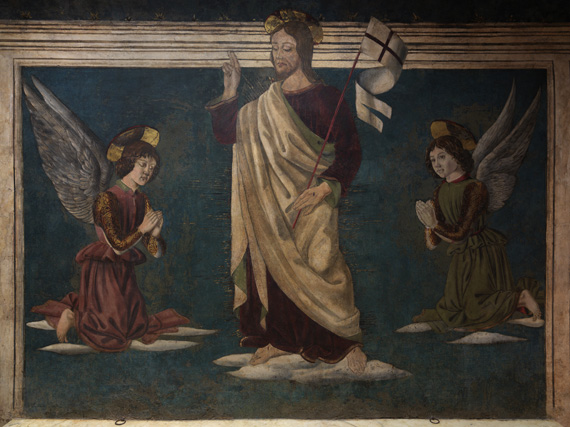 Visiting this chapel was very important in the 15th century – in 1471, a papal bull accorded an indulgence (5 years!) to anyone who visited it over Easter.

Curators have made an app that uses QR codes to explore Marino Marini’s life and works, that also includes an Alberti itinerary through the city. The museum has activated free wifi to allow visitors to use the app.

For other works by Alberti for the Rucellai family, see Palazzo Rucellai or visit the facade of Santa Maria Novella, which features the puffed sail, the patron’s symbol.

For offline reading, see a list of Books by Leon Battista Alberti on Amazon.com

25 people will be permitted to enter every 30 minutes.