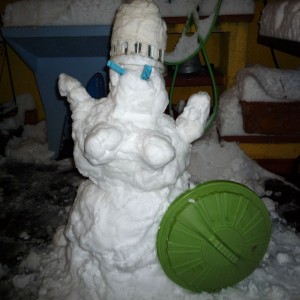 Yesterday we had the biggest snowfall I’ve ever seen in Florence. 28 cm is the official figure in the city. By mid afternoon cars were abandoned in the streets, service vehicles and busses too, and people walked home many kilometers. Airports, highways, superstrade closed. I had the fortune of working at home so I avoided the brunt of it.

In the evening while my husband was attempting to drive home from work (with great success in only 1h50 thanks to my close monitoring of facebook for tips on streets to avoid) I shoveled our courtyard parking area and made a snow woman. She is still looking for a name, although Tuscany Arts facebook fans and friends have come up with: Mrs. Berlusconi, Boudica (brilliant Jason Helbig!), Penthesilea or Brunhilde (Charles Arcudi). Her breasts have been, of course, paragoned to the breasts of Michelangelo’s Night (Emiko Davies), which is what I was going for. I also had Joan of Arc in mind when I constructed her.

Below are some photos from The Florentine‘s facebook page who really did some of the best coverage of the main piazze downtown and in particular the snow with churches! Which makes this perfect fodder for arttrav. 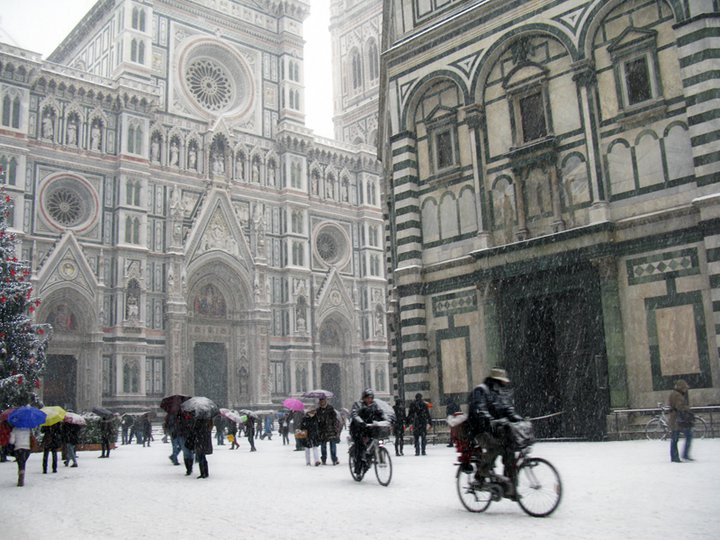 Ah, the Duomo! photo: The Florentine 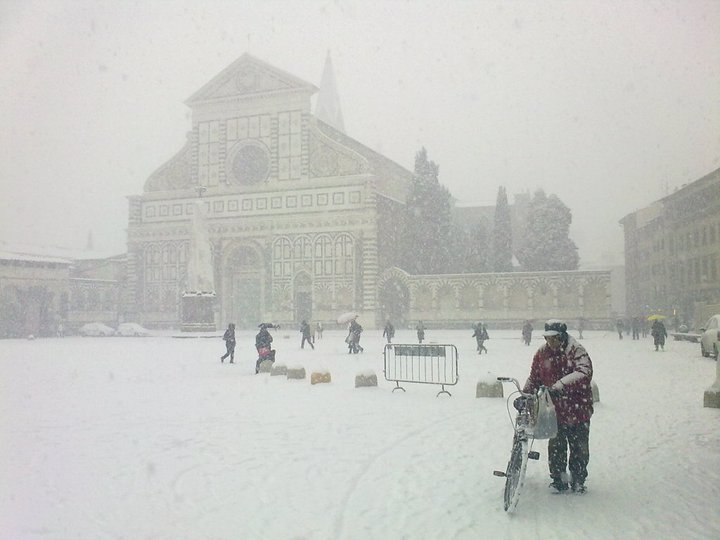 Pusing it through piazza SMN. Photo: The Florentine 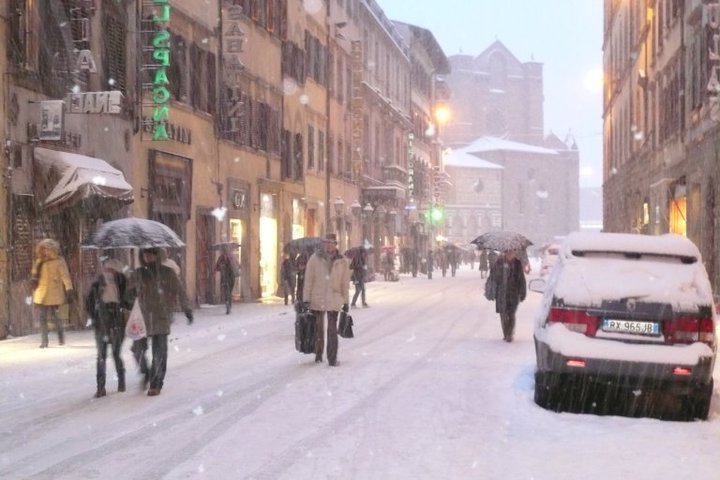 Via Panzani – Photo: The Florentine 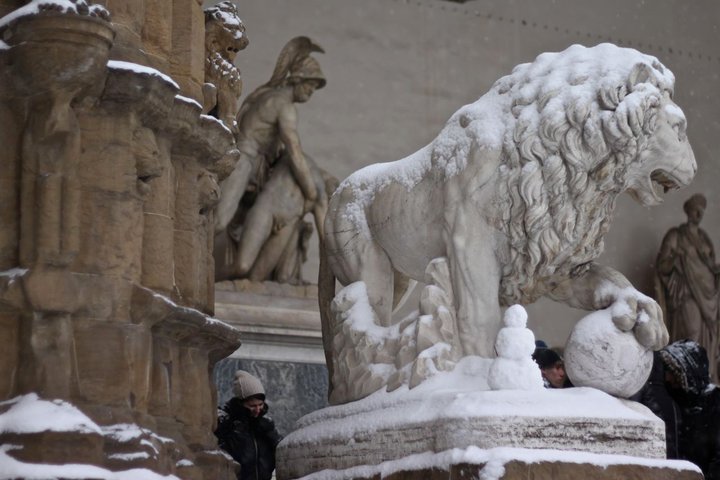 This last one courtesy of Emiko Davies. Check out the mini snowman at his feet!

Now, the morning after, the snow is starting to pack down a bit and it stopped snowing last night. We’re bundling up and going for a walk to check it out. The great snowfall of December 17th 2010 will remain in our memories for a while!