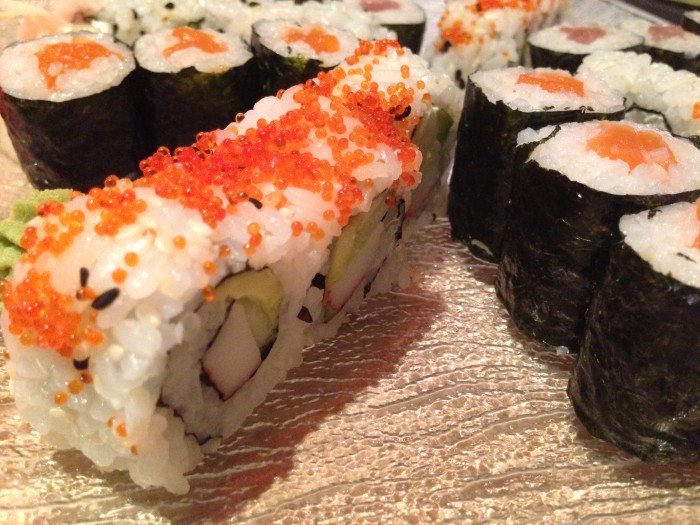 Craving raw fish in Florence and not sure where to get it? Problem solved. Here is a google map of sushi restaurants in Florence and reviews of those we’ve tried below. Florence’s best nightlife blogger, Elena Farinelli, is a big fan of Japanese food so if you can read Italian, you can find more reviews on “sushi reviews from Io amo firenze“.

Sushi in Florence on a Map

View Sushi in Florence Italy in a larger map

Mini-reviews of the ones we’ve tried

Hoseki: Via Il Prato, 64, Currently (2014) my favourite sushi in Florence, the fish is always fresh and they have a few dishes that you can’t get anywhere else, like onigiri, and various dishes with cooked salmon (see photo). 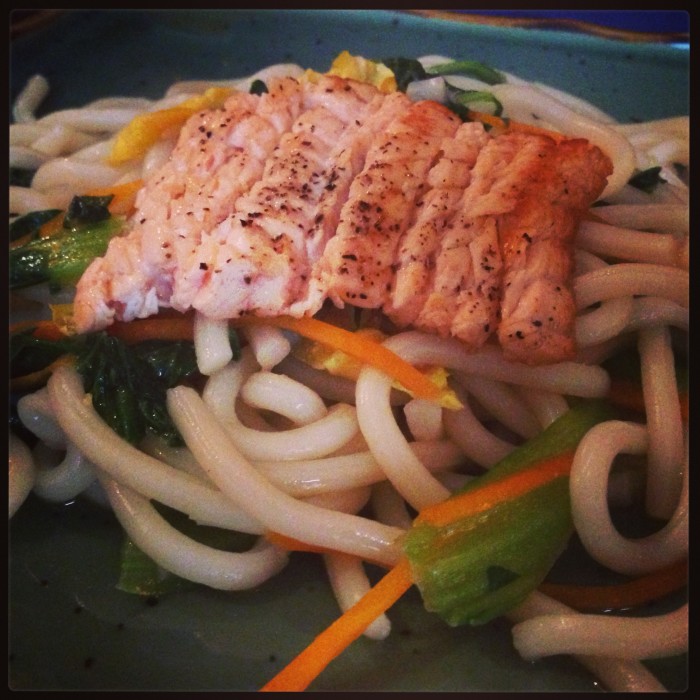 Wabisabi: Via dei Mille, 53 and Via Romana, 80 – Owned by same chain as Sushi Mania, higher quality nori and higher prices. However, the lunch menu is a steal (also on weekends).

Niwa: Via Ponte alle Mosse, 16 – I Like this place a lot – big space, modern decor, with booths and a colour-sensory room. They serve both Japanese and Thai cuisine, and the sushi is quite good quality (not as good as wabisabi, but also cheaper). Service can sometimes be a bit “confused” and liable to mix up orders for a large table, although a recent bachelorette party there was a success (with no mistakes in the service).

Porfirio Rubirosa (at aperitivo time): Viale Filippo Strozzi, 18 – La Nelli says this is the best sushi in Florence and I’m liable to believe her. This swank bar offers sushi at aperitivo time (which costs about 8 euros) with authentic japanese chef. Just step up to the bar and wait for him to hand you a little plateful. He will remember you though – don’t try to go twice!

Sushi Nami: Via Palmieri, 9 – Avoid the all you can eat lunch buffet despite the good price, as some friends got ill. However, their basic rolls or vegetarian sushi is okay for a lunchtime fix if you’re downtown.

Sakura: Via di Novoli 10 – Near the airport, not run by Japanese… and arttrav’s reviewer (my sister in law) once saw a cockroach run across the table beside her. Ah yes, and it was closed down twice by the health authorities. Although we don’t know if the ownership has changed, avoid this place.

Sushi/Japanese restaurants we haven’t tried yet

Rose‘s Sushi Bar: Via del Parione, 26 – This place has been around since before Japanese food became cool worldwide, but i have never been there because the prices are high.

Yagura: Via Pisana, 16 – I haven’t been there but it’s recommended by Nelli as decent sushi and good for other Japanese foods.

Final Note: If you are interested not just in sushi but in other Japanese food, every Friday night the LAILAC Japanese Cultural Association has theme dinners in which you’ll be introduced to elements on a well-priced set menu, and entertained with a quiz towards the end of the night. Reservation required, see website for details.