Eight new rooms have been opened at the Uffizi Galleries in Florence displaying some 50 masterpieces from the 17th century. They’re dubbed “the Caravaggio Rooms“, as these works are definitely the highlights of this section. Finally, these works get some breathing space and a display worthy of their name. 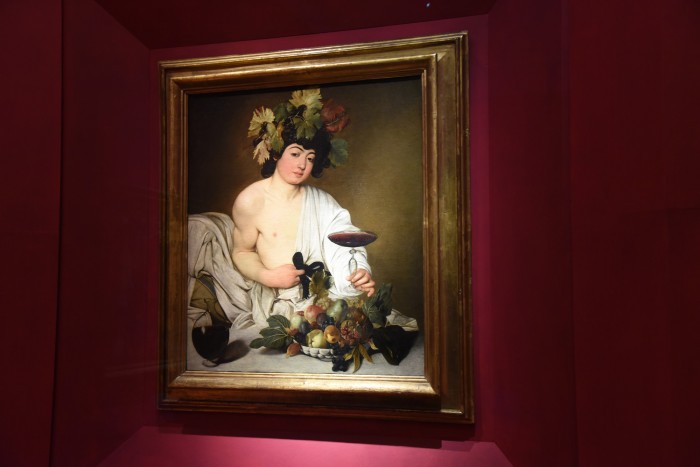 Caravaggio’s Bacchus at the Uffizi (with new red walls)

The deep red walls are perhaps the most shocking and impactful element in the dramatically lit rooms. It’s not the same as the red walls in the room with Michelangelo’s Doni Tondo. The pigment chosen here is one already at use in the 17th century and chosen to match the red textiles seen in many of the paintings of this section.

The rooms follow those dedicated to the Venetian Cinquecento and are the latest part of the Uffizi’s extension plan. The lighting of the rooms combines artificial light with natural daylight where possible, reopening some lunette windows that had been previously closed off. 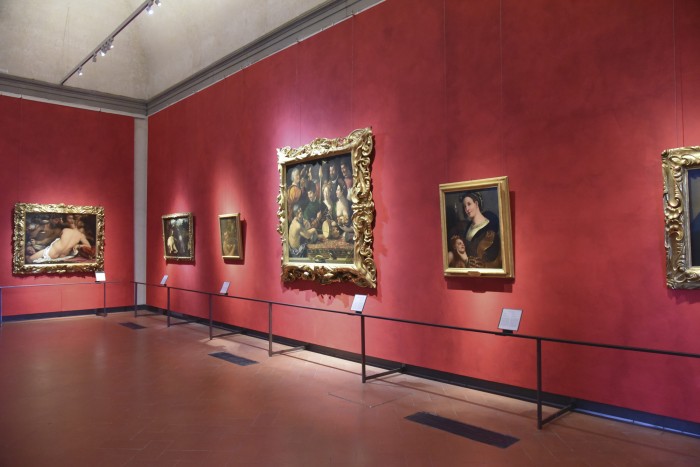 The six rooms are set up thematically as follows. “Between Reality and Magic”, the first room, contains paintings by artists who were active in the 16th century but already paved the way towards a new artistic approach that left the period’s Mannerist ideals behind. The following gallery, “Caravaggio and Artemisia” is dominated by biblical subjects revolving around the theme of violence. It showcases an extremely fine David and Goliath by Guido Reni, as well as, of course, Artemisia Gentileschi’s Judith and Holofernes, one of the Uffizi’s most famous paintings. 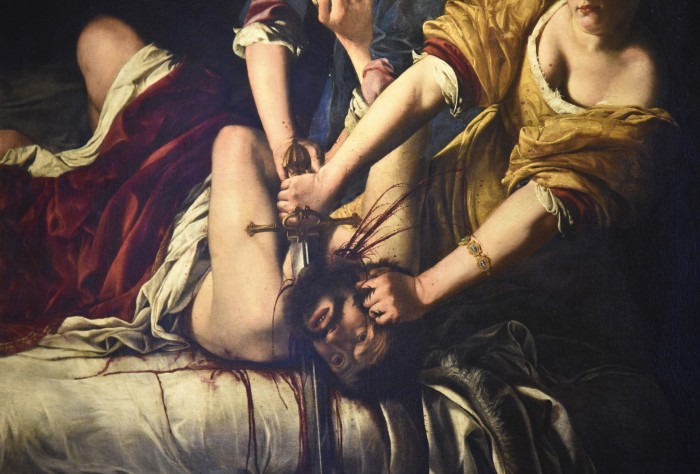 In the gallery dedicated to Caravaggio’s Medusa, the magnificent painted parade shield is displayed in a new case against the backdrop of a large red panel. A Roman statue of Minerva with the head of the Gorgon on her breast provides a sculptural counterpart right next to the painting. The next room is devoted to still-life. Surrounding Caravaggio’s Bacchus we find two Larders by Empoli, a vase of flowers by Carlo Dolci and a still-life by Velázquez clear echoing the work of Caravaggio. 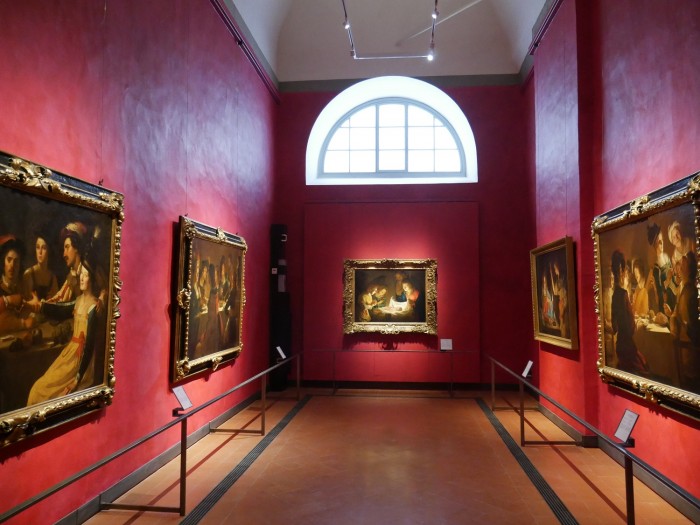 “By Candlelight” is the name of the next room, which is given over to the depiction of candlelit scenes. In the centre, a Nativity by Gherardo delle Notti (Gerard van Honthorst) in which the light appearing to model the figures in the scene is actually emanating directly from the Christ Child; around it, a number of genre paintings by Bartolommeo Manfredi, Mathias Stamer’s Annunciation and Bartolomeo Manfredi’s Roman Charity. 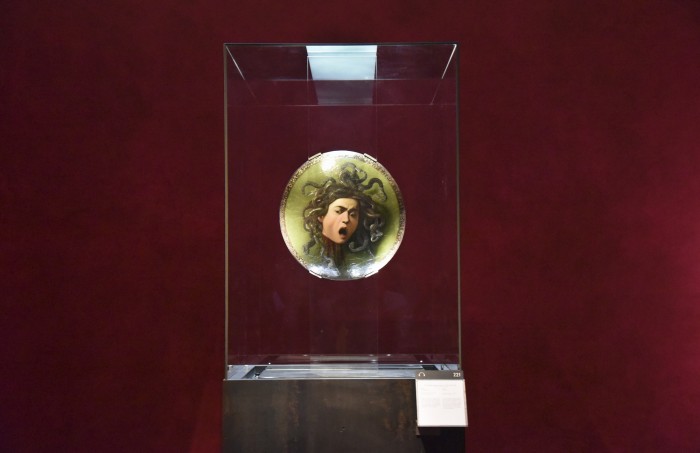 Caravaggio’s Medusa is the star of the rooms

Works by the greatest masters of European painting of the period follow in the next gallery, with portraits by Rembrandt, Rubens and Van Dyck. European portraiture goes hand in hand with Florentine portraits in the following room with the Portrait of Galileo Galilei and a monumental triple portrait of Cosimo II, Maria Magdalena of Austria and their son Ferdinando II, both by Justus Sustermans. The final gallery, called “Florentine Epic”, spotlights paintings with literary themes.