The Uffizi Galleries have been generating a lot of news lately, with the opening of the new Caravaggio rooms, and previous to that a section about Vasari and the history of the museum. They’ve also recently signed an agreement with the National Archaeological museum to devolve 2.5% of the museum’s ticketing profit to that museum, while ticket holders to the Uffizi can visit the Archaeological museum for free (within five days). Now, yet another section of the Uffizi is open to the public – the Contini Bonacossi collection – and it contains things you have never, ever seen. Here’s a sneak peak. 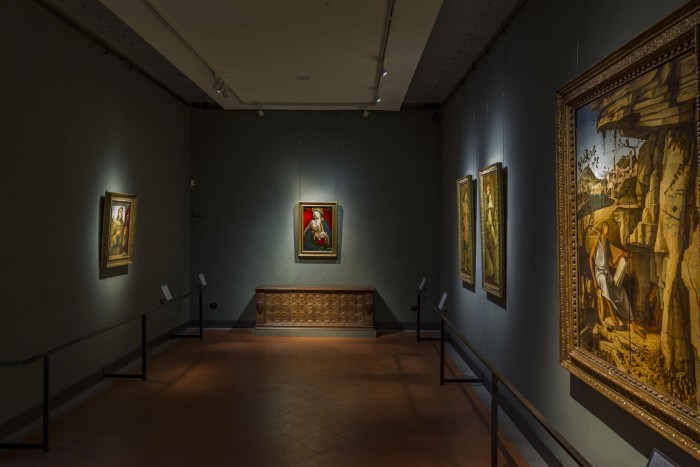 Contini Bonacossi Collection at the Uffizi

Who was Contini Bonacossi? The noble family still exists. The collection is named for the antiquarian who donated it to the state, Count Alessandro Contini Bonacossi, who amassed it alongside his wife Vittoria Galli. Between the wars, he was “in” with all the big names in art history and collecting, including Warburg, Kress, Guggenheim and Longhi. He became an Italian senator in 1939. In the 1920s, Alessandro purchased some land outside of Carmignano (PO), which, together with a later farm purchase, makes up the Capezzana winery, which you can visit today (excellent wine and casual restaurant).

In 1955, Alessandro Contini Bonacossi passed away and left his entire collection of art to the Italian state: 144 paintings, sculptures, art objects and furniture. Like many things Italian, it took some time to actually legally accept the donation, which happened in 1969. 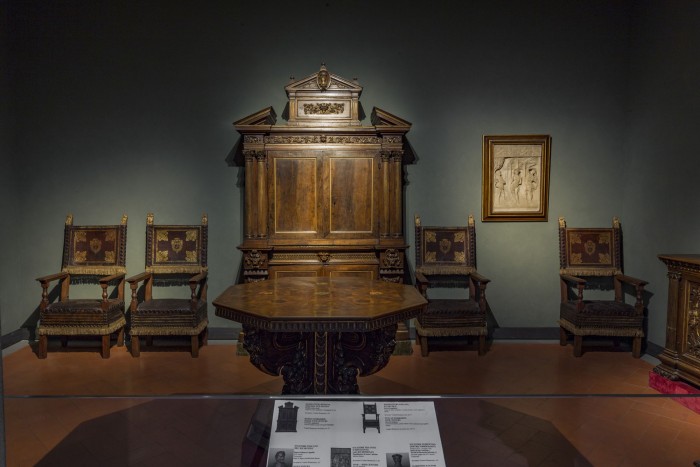 From 1974 to 1998 it was housed in rooms at Palazzo Pitti that could only be visited upon appointment; the same went for when it moved closer to the Uffizi, in via Lambertesca in 1998 until 2011. With the major Uffizi renovation project underway, these spaces were connected with the main museum, but remained closed due to lack of staff.

Now, the rooms have been renovated thanks to a donation from two American-led associations, Amici degli Uffizi and Friends of the Uffizi Galleries. The fact that these rooms form a kind of enclave that is separate from the main galleries (and also architecturally quite distinct) make them particularly ideal for the display of a single collection. To help you orient yourself, these rooms were previously referred to as the “blue rooms” and held the works of the “pittori stranieri”. 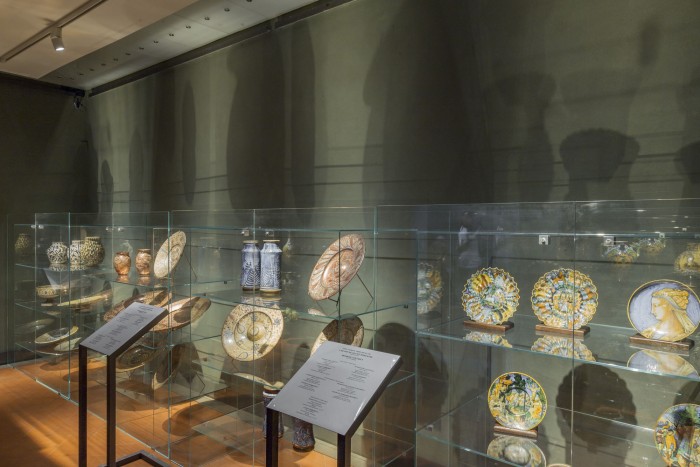 Following the wishes of the donor, the collection is displayed all together, and this makes for a rather different effect than most of the rooms at the Uffizi, which is primarily a painting gallery (with the exception of the Roman statuary in the hallways and the Tribune, which we can call “multimedia” – originally, since the works from inside it have now been moved out). Hence furniture is displayed near paintings, and a section is dedicated to maiolica (with a particularly interesting collection of coats of arms painted on plates). The only other maiolica room I know of in Florence is the one – that I love – at the Bargello. 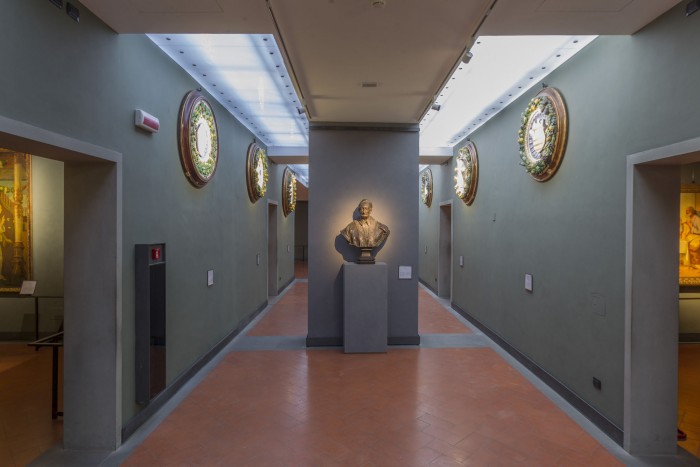 So what are the highlights of the collection? 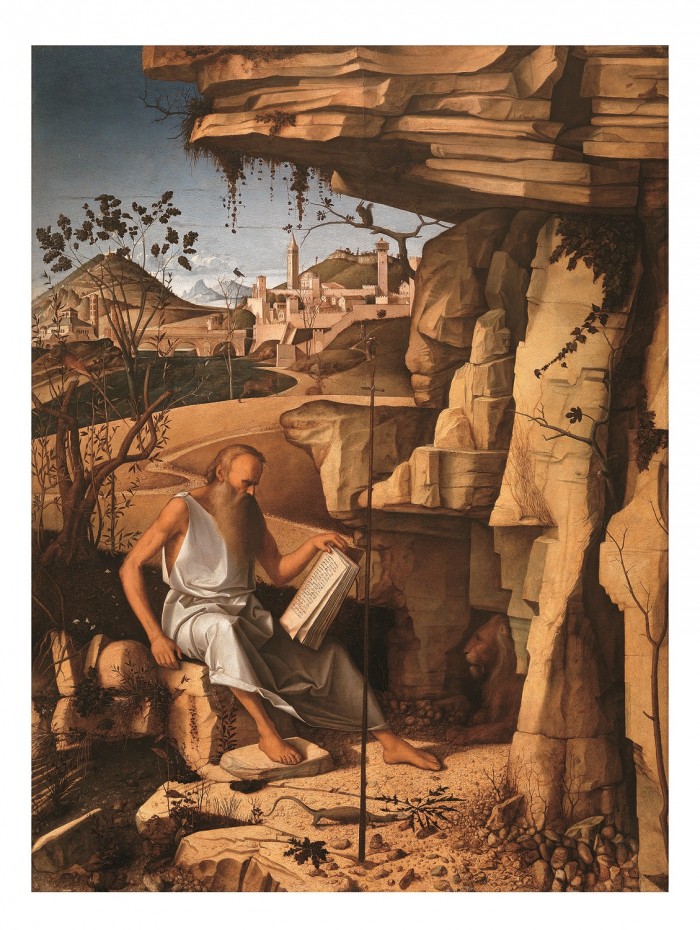 This panel is larger than you’d think, dating to around 1480. There are other versions of it in the National Galleries of both London and Washington, but the Uffizi Contini Bonacossi panel is the real deal. If I promised you things you’ve never seen before, you might say you’ve seen this around – it has indeed been part of various exhibitions put on by the Uffizi and others, I believe (I know I’ve seen it!). 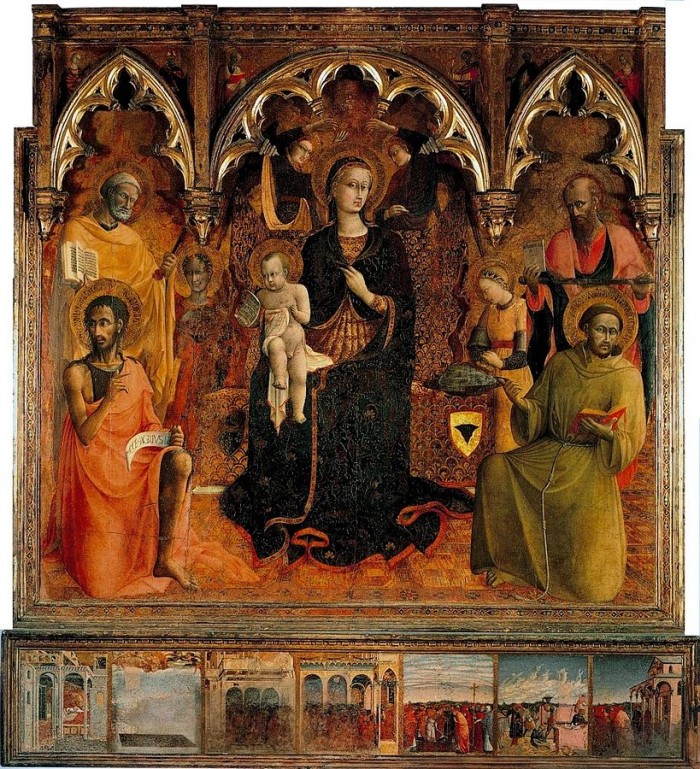 This large international Gothic polyptich was previously in the Duomo of Siena; signed by Sassetta, it dates to the early 1430s. It was moved to storage when tastes changed, and purchased by a confraternity in Chiusdino (where fashion mattered less?). After the suppression of the convents it passed into private hands, eventually showing up in this collection. 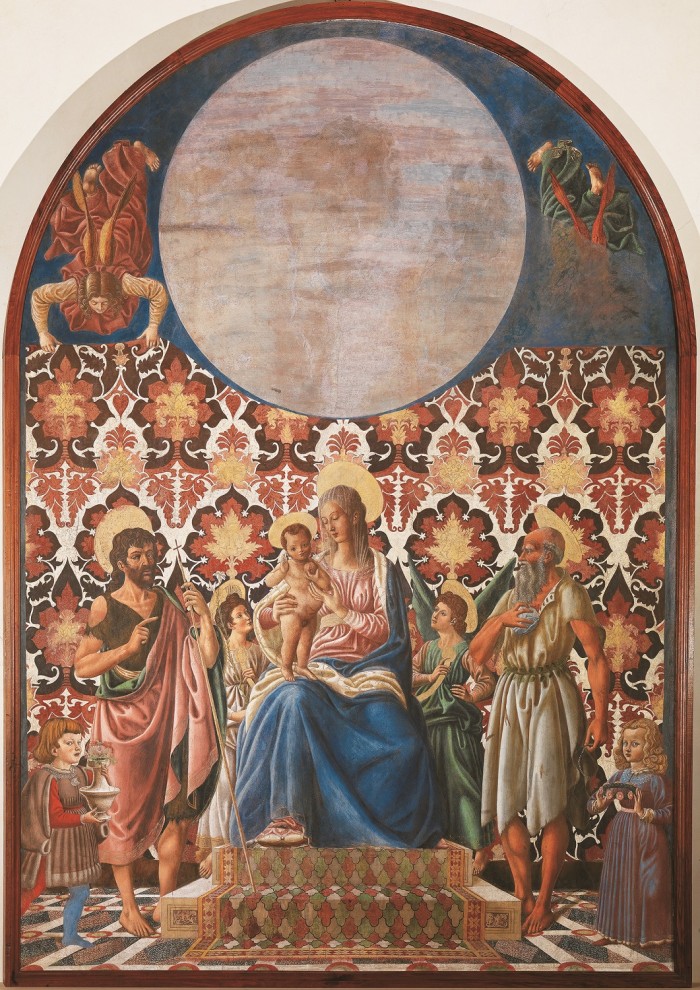 A detached fresco that was originally located in the private chapel of the Pazzi family at their Castello del Trebbio near Pontassieve. Its detachment was supervised by Stefano Bardini. (See the full entry for this work on the Uffizi’s official website). 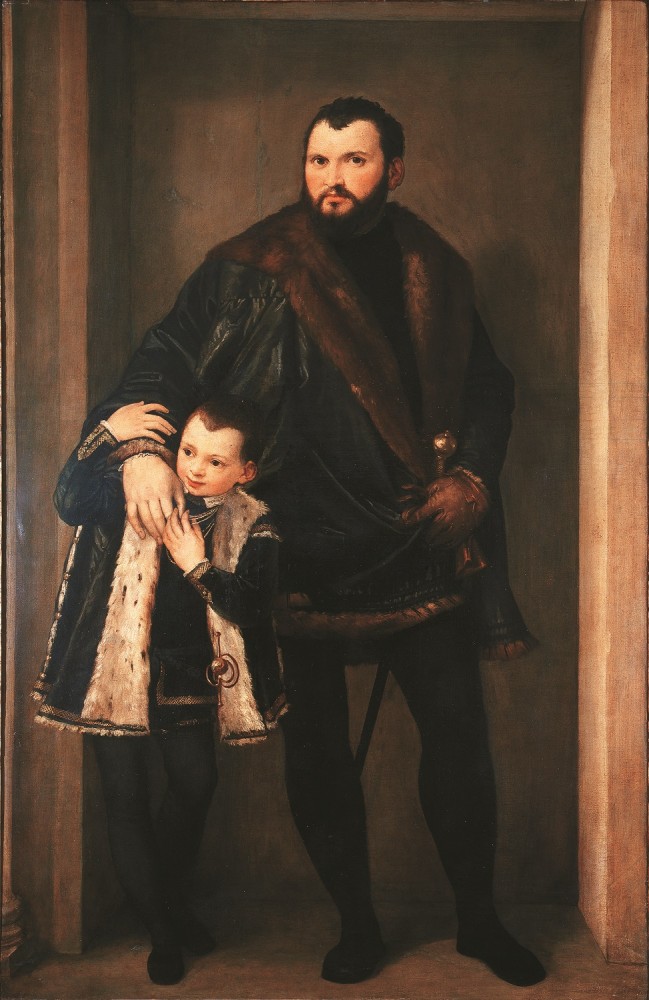 I have always loved this Veronese double portrait (dating to 1552-1553) because of the playful attitude of the young boy, Adriano, who seems to want to go out and play rather than stand there in a formal fur capelet. This portrait was displayed in the patron’s palazzo in Vicenza alongside a pendant work of his wife with their daughter. 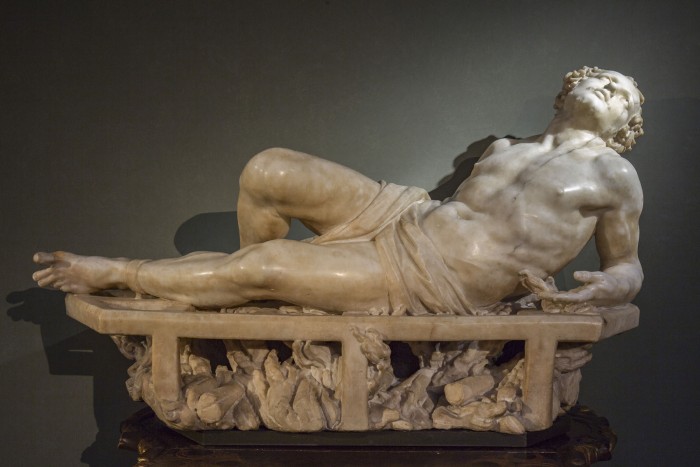 This important sculpture from 1617 is an early work by Gian Lorenzo Bernini that depicts Saint Lawrence at the moment of his martyrdom on a grill. The saint has a look of almost ecstatic anguish, while the body’s musculature is both taut and relaxed; below him, the artist has attempted to render flame in marble (to not bad effect). 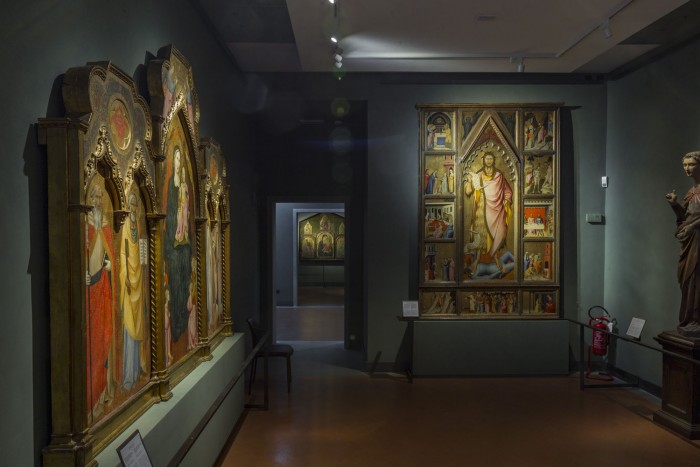 With the Uffizi ever expanding and all these new spaces, the visit will get longer and more tiring, making it an always better idea to visit in the off season or get an annual pass, with the intention of making shorter visits to take in all the new sections and these masterpieces that we’ve not had a chance to admire before.