In a world in which everyone is a photographer and Instagram aesthetics overtake our daily lives and travel experiences, it’s refreshing to meet a photographer who dances to his own rhythm. Naples-born photographer, musician and lawyer Augusto De Luca (born 1955) photographs in black and white, with an attention to composition and the minimal elements required to tell a story, be the subject a person or a city. Sometimes realist, sometimes metaphysical, from De Luca we can learn how to approach an Italian city through a personal lens in a way that doesn’t make the result look like a standard postcard (or Instagram post). 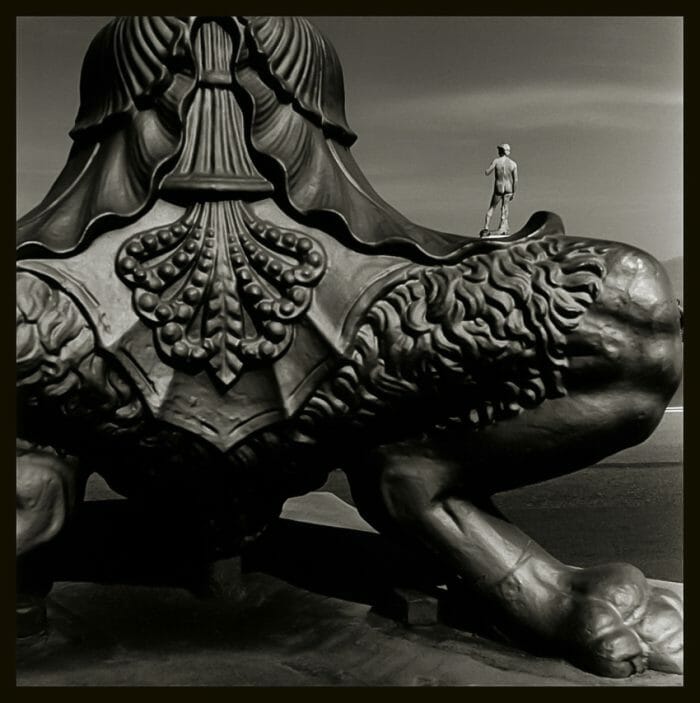 Professional photographer since the 1970s, De Luca has published numerous books and has held exhibitions in museums and cultural centers in Italy and abroad, and even at the Camera dei Deputati in Rome. His works can be found in important collections such as the National Library of Paris, the National Museum of Photography in Charlesroi (Belgium) and the National Art Museum of China in Beijing. Commissioned in the 1990s by the Ferrovie dello Stato to create six photo books dedicated to the cities of the high speed train, he received the “Premio Città di Roma” in 1996 for his book Roma Nostra, alongside Ennio Morricone who contributed a poem to the same book. Below, De Luca answers my questions about photographing Italian cities.

ArtTrav: Tell us your background: you’re a lawyer but also a professional photographer!

Augusto De Luca: When I went to university in the mid 1970s, everyone was really into music and photography. I was a violent rocker; I got started with music, but I passed over to photography when a friend invited me into his darkroom. As I saw the images miraculously appear in the acid, I fell in love and decided to become a photographer. In just a few days I’d accumulated all the necessary equipment to shoot, develop and print. 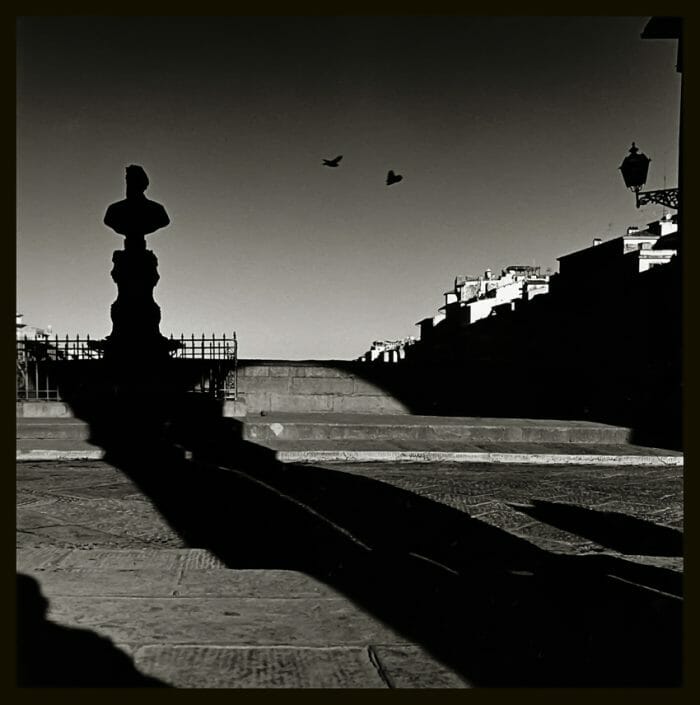 I’m a self-taught photographer with a compulsive desire to experiment and express myself in every medium. I think I am an explorer of the immense universe of art. Artists are explorers who look for the key to opening up the doors to emotions and sensations, where rationality, fantasy, truth and fiction create an explosive mix. My art is an expression of my soul, but I am also many other things – performer, lawyer, collector, musician.

AT: What is your favourite city in Italy to photograph, and why?

ADL: I love photographing Rome. Center of the world and perhaps of the universe, when I cross the streets of Rome, despite its greatness that command respect, I feel totally at ease. It’s a city to which all of us, in some way, belong. Rome is ours. It is without time, classic, modern, antique and future, beyond fashion and beyond the many rulers who have passed through and left only a few marks.

In my photos, I underline Rome’s total autonomy, its suspension in time. I photograph it totally deserted, like a stage on which life plays out every day but afterwards, you only see and hear an echo.

Rome is a treasure island. City and Art become one idea, making it the largest museum in the world. Walking through Rome, getting a coffee, eating, living here, it’s only a brief stop on the incredible voyage of history.

AT: Your photos – rigorously in black and white – have nothing in common with “postcard images” of Italian cities. Or… do they?

ADL: I am not sure. I can say that my photography is founded on geometry, an essential part of visual grammar. The structure, composition and geometry are the key to reading each image. But my photos are of course filtered by emotions, by the rapport created between the place represented and me. My photographs of Italian cities are both about the city and about me; through them, my ideas, passions and also demons come out. 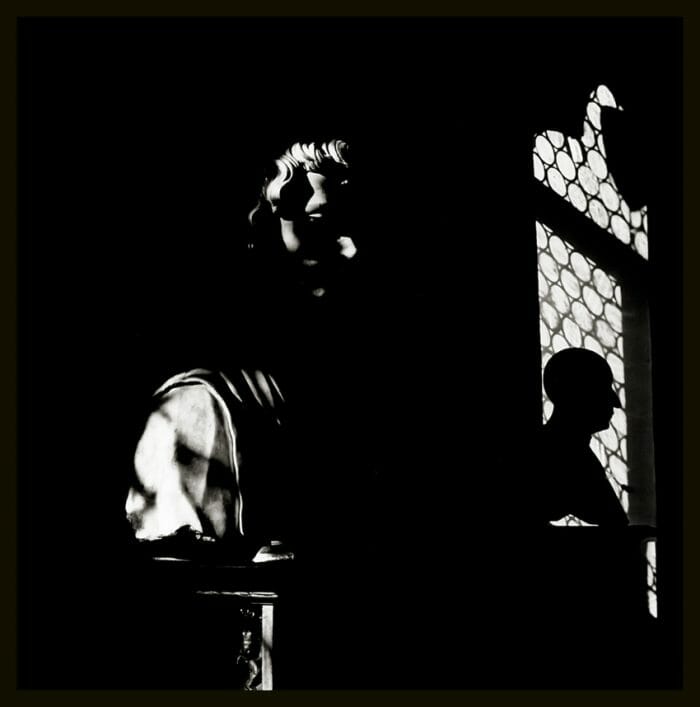 The other essential element in my photographs – as in all images – is light. Light not so much to illuminate so much as to be eliminated: shadow gives the image depth.

AT: What tips can you give to help us create memorable photos of the Italian cities we visit?

ADL: There are three “little tips” or ways that I work that result in photos the way I like them. Photography of this sort is not instantaneous, it takes patience, time and the right atmosphere. 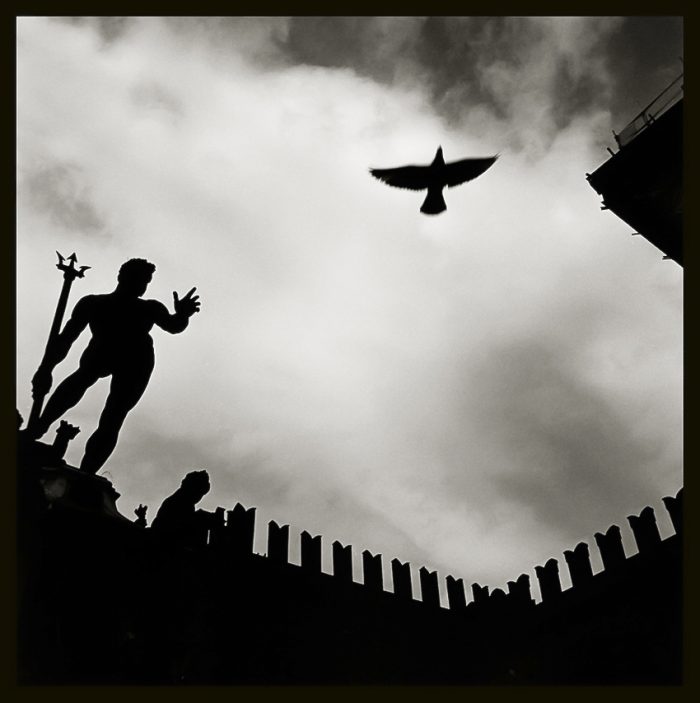 1/ Emptiness. It’s impossible to understand the spirit of a city when it is full of toursts of every nationality. You miss out on the atmosphere and vibration, which come out, however, at dawn, when the city is suspended in the silence of its monumental beauty. For me, that’s when I catch the hidden and truest images of place.

2/ Silence/Music. I photograph alone, and I isolate my senses with headphones through which I play the music of Mozart. This eliminates background noises like cars and people, and it permits me to concentrate on the metaphysics of a place and capture its essence. 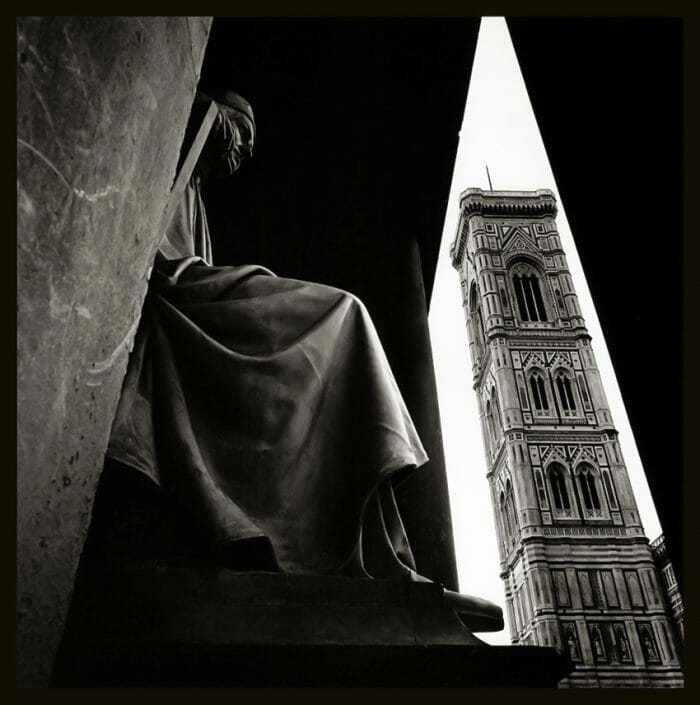 3/ Patience. I think that a photo story of a city should be totally spontaneous and intuitive, dictated only by what attracts you and what generates a synthesis between external truth, rationality and creativity. So for me, a photo is original because it includes elements that each one of us specifically chooses – not because it contains a famous monument or something, but because it’s important for us. After choosing a location, it’s necessary to hang out there for a while, moving around to find the right framing – where “right” means “yours”.

Augusto De Luca said one thing that really struck me; for me this encapsulates the challenge of the real photographer, especially now, in the Instagram era, when every part of a city is recorded on its location tag. “If you photograph things that others photograph, or if you do it for others, you’ll end up doing things that everyone else has done just because you know people will like it.” 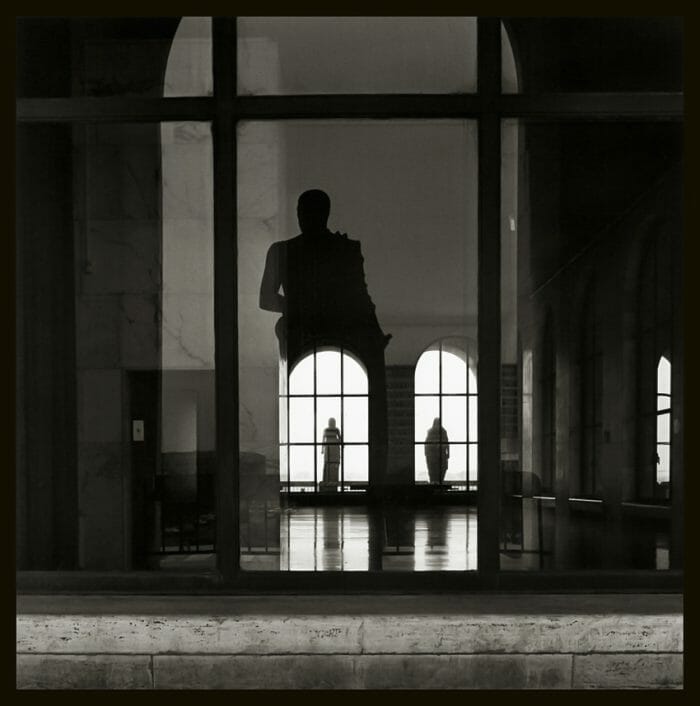 Augusto De Luca is not on Instagram and does not have his own website. You can see more of his works here or in the books below.