Which is why I find it surprising that so much contemporary art is found in Umbria, a stodgy – though beautiful – central Italian region known more for its reserved and conservative nature and the fact that it pretty much ran out of iconoclastic steam when native son Saint Francis of Assisi revolutionized the Catholic church in the thirteenth century than for its artistic envelope pushing.

Yet Contemporary Art in Umbria seems to pop out at you from the most surprising places. My first brush was about twenty years ago when I stumbled upon Flash Art. (Contemporary art seems to lend itself to being stumbled upon. I have lunched at many oddly shaped park benches before realizing that I am perched on some conceptual stone torso.) 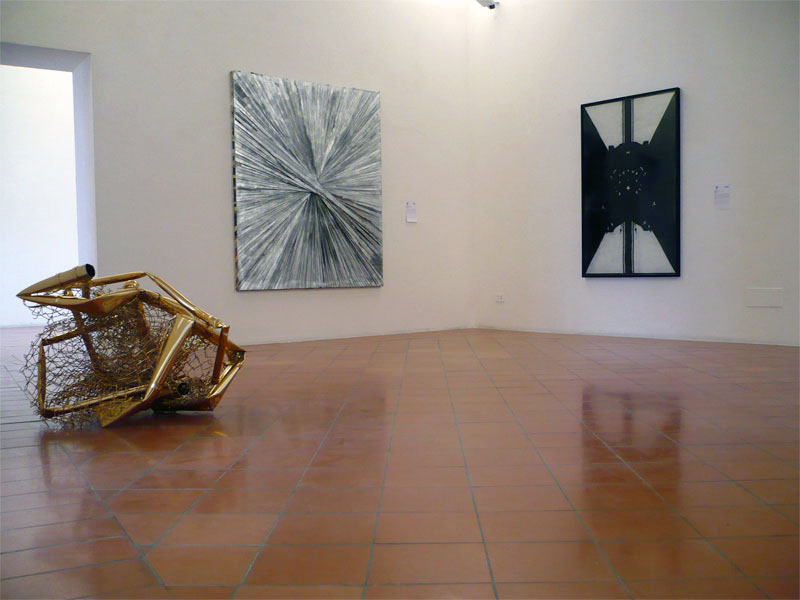 Flash art is an annual show of contemporary artists held in the improbable venue of Trevi, a tiny medieval hilltown otherwise known for its olive oil and black celery. The event was organized by the venerable Flash Art periodical, whose editor is originally from this Umbrian village. Like most collective exhibitions, the works were a mix of the banal (how many more times are we going to be shown rooms bare but for a pile of trash in the center and a sense of angst hovering above?), the thought-provoking, the visionary, and – primarily – the self-referential. But the juxtaposition between the historic stone palazzi and the jarring contemporary installations worked. No longer an annual event, Flash Art has morphed into a permanent exposition space called Palazzo Lucarini Contemporary which has been host to shows of contemporary artists since 1993. 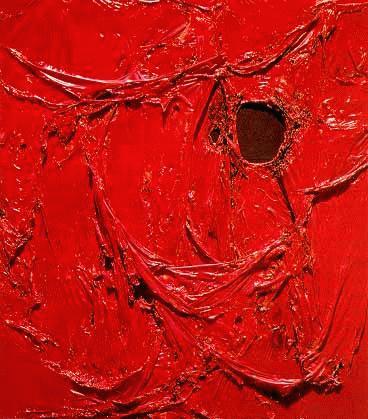 Then, in 1995, Alberto Burri died. Which means that everyone suddenly fell in love with Alberto Burri, including those who had never heard of him. Including me. Born in the Umbrian town of Città di Castello, Burri is one of the best known contemporary Italian artists outside of Italy. His abstract collages, charred wood, plastic, and burlap works, cracked paintings, and Cellotex creations are included in the collections at New York’s Guggenheim, Paris’ Musée National d’Art Moderne, and London’s Tate, but his most complete collection of works can be found back in his small hometown in northern Umbria. The Burri Foundation owns over 250 works; those from his earlier period are housed in the Renaissance Palazzo Albizzini, while those from 1970 until his death can be found in the Ex Seccatoi del Tabacco, an immense industrial complex used in the mid-1900s to dry tabacco and restored and converted into a exhibition space in 1990. 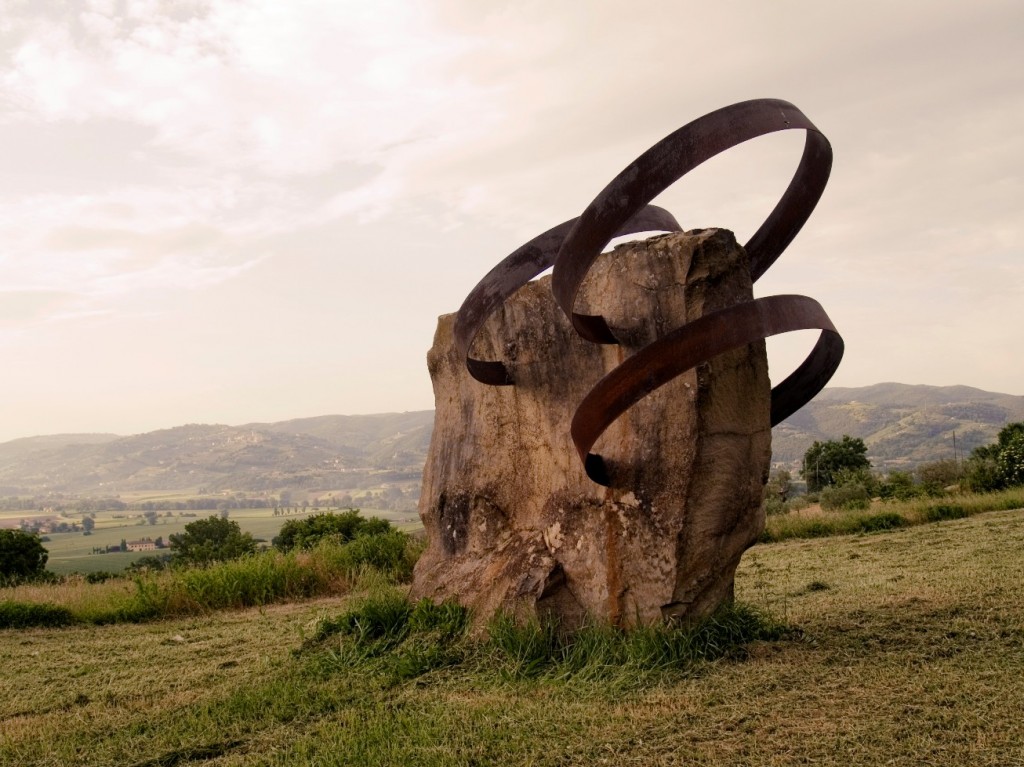 Perhaps one of my favorite stumbles occurred in the bucolic vineyard-covered hills near Torgiano. I was toodling along on my bike, minding my own business, when I came around a curve and suddenly found myself facing a monumental stone and steel sculpture surrounded by nothing but fields and pastures. “Huh,” I thought. I continued peddling and about half a kilometer down the road came across a towering stainless steel tree. By the third work of art, I figured there must be a rhyme or reason here, and indeed came to find out that I had unwittingly biked right smack in the middle of one of the best collections of contemporary landscape art around. Scultori a Brufa began in 1987 when this tiny hamlet decided (somewhat mysteriously; no one seems to recall the catalyst) to begin annually installing a work of contemporary outdoor sculpture in the center of town and the outlying hills. The project is meant to ponder the relationship between wine and art, art and nature, and/or artist and local – depending upon whom you ask – but the effect of these spare pieces surrounded by the romantic Umbrian landscape is undeniably fetching, regardless of the message.

Contemporary Art Museums in Umbria (plus: hotels, restaurants, and galleries)

The art of art 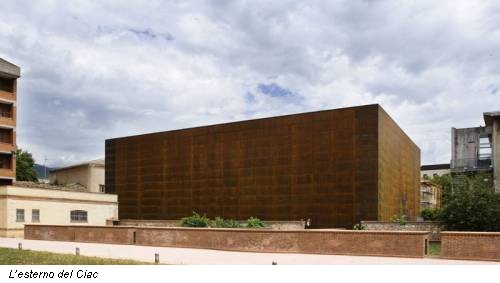 Despite this climate of budget cuts and economic crunching, Umbria has (against all odds) opened two new Contemporary art museums in 2010: the brand-new CIAC Museum in Foligno and the new-to-you refurbished and reorganized Museo Carandente (part of the Palazzo Collicola Arti Visive complex) in Spoleto. If impenetrably sleek websites and chic-ly unhelpful staff is any sign, these are both destined for greatness.

The art of sleeping

Umbria is home to two luxury hotels which combine four star hospitality with four star contemporary art. The Albornoz Palace Hotel in Spoleto and the ArteHotel in Perugia both have frescoes, paintings, sculptures, reliefs and temporary exhibitions throughout their public spaces, private rooms, and outdoor gardens.

The art of eating 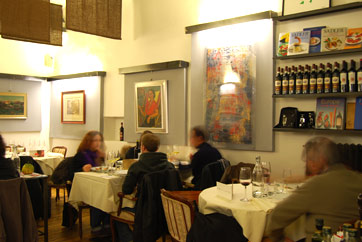 The art of shopping

For a taste of what contemporary Italian artists – Umbrian and non – have to offer, you can take a look at the friendly and tiny Minigallery (it lives up to its name) in Assisi or the larger but more formal Galleria Artemisia in Perugia.

PS – If you love Rebecca’s writing as much as I do, you’ll want to read her blog about expat life in Umbria.

Rebecca is a transplanted American city girl living in the Umbrian countryside. Stay at her place or read her blog at www.brigolante.com