Emilia-Romagna Earthquake – why we need to help

We hear of natural disasters too often these days. We watch them on the news and see photos online and look on with horror. Maybe we think about them a bit, or donate, or do something else to help. And then the media backs off and… nothing happens (that’s a Monty Python quote, for those of you who didn’t catch it).

The Italy Blogging Roundtable group this month has decided to suspend our regular thematic programming – each of us is posting about the earthquake.

This is a personal post. It’s about how I feel, and I’m going to try to be as journalistically accurate as possible: if I get something wrong, correct me in the comments, but I warn you, there’s some opinion here. At the bottom you’ll find concrete info on how to help. I want to talk about WHY it’s important that we do something about the latest earthquake to hit Italy, in Emilia-Romagna, and how “something” can also include thinking, writing, and talking, because we must not forget, we must not let this area remain in ruins. 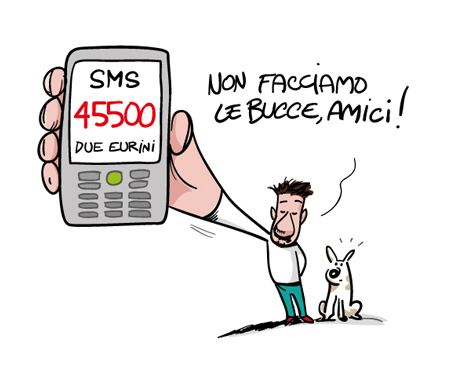 I cannot sit here in Florence and NOT think about last week’s earthquake. I felt it, right here at my computer, safe on the ground floor of a thick-walled, post-war apartment. I have never felt an earthquake before, even when others have hit nearby. Here, it was just a little tremor, but I could think of nothing else since (it also made me nauseous all day, is that normal?).

We’ve seen earthquakes in Japan, tsunamis, Haiti… and I have to say it’s been rather abstract for me (yes, I was horrified, yes, this might be the wrong reaction, but it is what it is). Maybe it was feeling the shake, maybe it’s the fact that we’re just a few hundred kilometers away, maybe it’s that I now know too much about how these things go in Italy, for this time, it does not feel abstract.

May 20 and 29 2012, Mirandola in Emilia-Romagna was at the epicenter and was, from what I can tell, totally destroyed. The whole area in and around Modena has been affected. People have lost their homes and places of work; others lost lives, some while they worked in relatively new warehouses that should have resisted. (Note: read about the parts of the region not affected by the earthquake.)

What brought it home for me was this heartfelt, first-hand account by Francesca aka Fraintesa. I’ve met her once, and know her only on facebook. But someone I know, even tangentially, was there. And that’s when you realize this could be you, me, or our grandmothers. And we’d all be living outside, in cars, campers, parks, or tent cities, sharing, as she says, one bathroom for the whole town, and living in the only clothes we have left. When the earth shakes it knows no distinctions of age, class, or anything else that might matter in the rest of our lives. In an area that, a decade ago, seemed perfectly safe. An area that is one of the pillars of the Italian economy, not to mention emblematic of quality Italian food (balsamic vinegar and parmigiano reggiano).

For this economy to return, but more importantly, for these people to get back to their lives, their schooling, their jobs, we must rebuild. To rebuild, there are a series of steps that need to take place. Other than raising the money to rebuild, and making insurance and governments pay up, to rebuild you need proper surveying, cleanup, fast processing of permits, and seismic-proof new structures.

To pay for this rebuilding, the Italian government is in the habit of upping the price of gas. It has been doing this in situations of disaster or war since 1935 (for the Abyssinian war). Each of these raises in the cost of gas were to expire after some time, but they have never been retreated, so we’re still paying for each of them. That 1.9 lira for the war in 1935 isn’t costing much, and neither is the sum of 75 lire for the earthquake in Irpinia. For the Florence Flood and the more recent Tuscan and Ligurian flooding in 2011 there were also raises. And now for Emilia they’re saying 2 cents per liter. For Aquila in Abruzzo, nothing. (And nothing for the damage in Assisi in 1997, either, as far as I can tell).

If driving my car were to help those who lost their homes, I would drive more. But as far as I can tell, rebuilding doesn’t happen the way it should. I have already mentioned an episode of Report about how, in Abruzzo, Aquila is a ghost town and three years later people are living away from their homes located in the still-inaccessible historical center. You may say that’s because there was no tax on gas destined for them, but I also mentioned that we’re still paying a tax on gas for the 1980 earthquake in southern Italy at Irpinia (Campania). What happened during and after this earthquake on a political, financial and social level is complex and beyond my full understanding, but what I know is that a lot of money went to that area, and still continues to be invested in its rebuilding… but that many towns have never been rebuilt, and that in some cases, concrete housing areas overlook the destroyed areas, as in Abruzzo.

What can we do about this? I am not sure. But I would think that political pressure would help, and I get the impression that the area around Modena might have that kind of force, more so than the unfortunate neighbours to our south (this is the opinion part of my post). And if I don’t have any political influence? I think we can write about it, talk about it, and not forget it. The more people around us – and abroad – know what is happening, the less “they” can do things the wrong way. Keep Emilia-Romagna in the international spotlight.

Before rebuilding, though, we need to address the needs of the people who depend on our charity right now, who have very specific needs of food, shelter and medicine. There are many ways to donate, which I list here.

How you can help by sending money

To donate from abroad, make an international bank transfer to:

To donate from Italy you can use the same IBAN as above, or send an SMS to donate 2 euro to 45500.

If you are located in a nearby area of Florence, ask around to see who is collecting items to send to the area. Here in Florence there is a collection by the Methodist church and a group on facebook in which I am participating which is setting up another collection and truck. People are going to need materials for weeks on end, including but not limited to mosquito spray, sheets, plastic camp sheets, dry foods, toilet paper. Check Fraintesa’s blog for updated lists.

Italy Blogging Roundtable about the earthquake

Keep the voice loud by reading and sharing what the other knights of the roundtable have to say – there are 5 of us and we have been at this for a year and a month now!