Opening hours have been extended, new free days announced and ticket prices changed for state museums in light of a recent legislative change, with the immediate effect of later hours at some of Florence’s most important museums. In addition, some “exceptional” evening openings have been announced. State museums in Florence (those run by the central Italian government rather than by the city or another entity) fall under the umbrella of the Polo Museale Fiorentino and include the Uffizi, Accademia, Bargello and Medici Chapels. The welcome changes help spread visitors out over a longer period of time, creating some opportunities to see artworks in a less crowded setting. 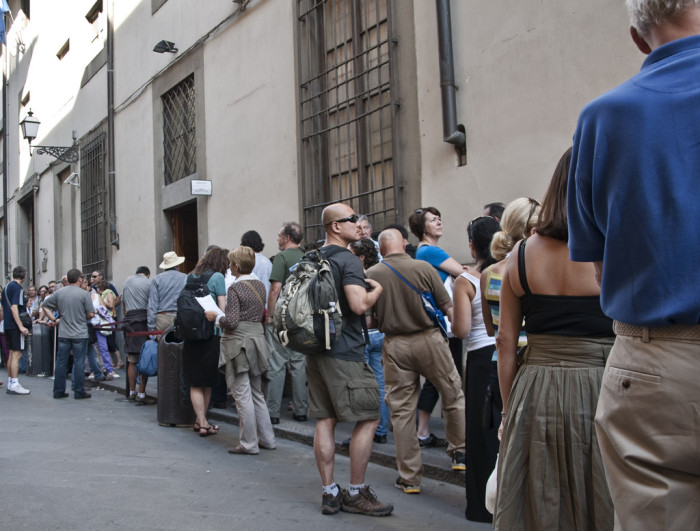 Lining up to see the David | Photo Eric Parker, Flickr

The changes that have been announced have come over the period of approximately one month, and as a frequent museum goer, I felt the need to get the information straight and gathered all in one place.

Ticket prices have been changed to align them with the rest of the EU, and in light of the fact that more than one third of all state museum entries in Italy recently are free. This emphasis on free entry, to categories that are believed to be able to afford a ticket such as retired tourists, has harmed the already financially crippled structure. The new changes are summarized clearly as follows. 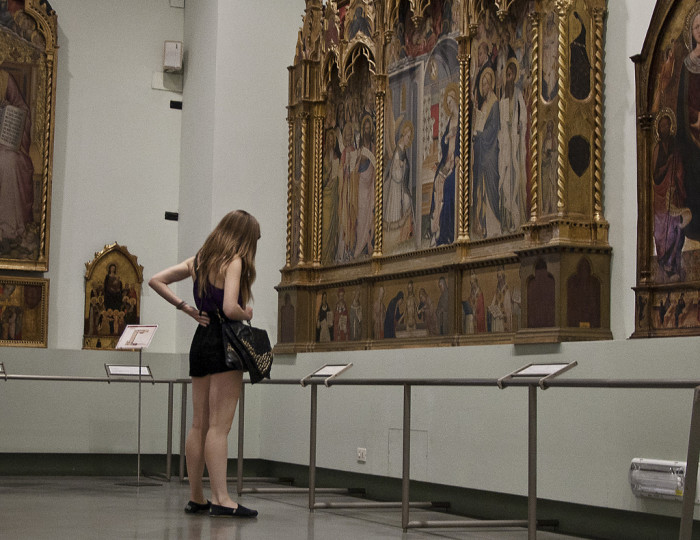 Ten opportunities per month to enjoy the large museums later, at the regular ticket price.

Sources: The changes cited are part of the ArtBonus law passed in June 2014, information from the ministry’s website (June 19). Florence museum openings via press releases received from the Polo Museale Fiorentino. All laws and opening hours ares subject to change without notice.