Growing By Numbers at the Venice Biennale 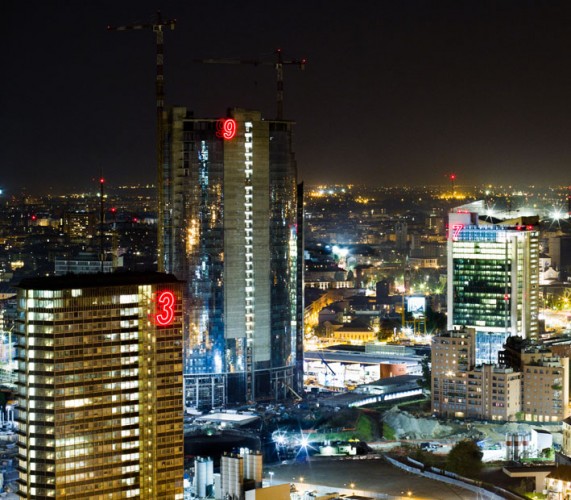 Milano’s skyscrapers are the protagonists in a project that took place between December 2010 and April 2011 in which large (9 meters tall), bright red LED numbers were placed on them. The buildings involved were both historical (like the Stazione Garibaldi) and new or still under construction (Cesar Pelli in Porta Nuova).

In “Postcards from Growing by Numbers,” the observer can “connect the dots” or in this case, the numbers, just like we used to do as kids in order to reveal an unknown form. They represent the growth and change in the city of Milan, which is growing its way towards the Expo of 2015. The numbers are silent, set up in different directions. The artists – Paolo Cesaretti and Antonella Dedini – don’t know who saw them, nor what those observers thought – and they would like to know. 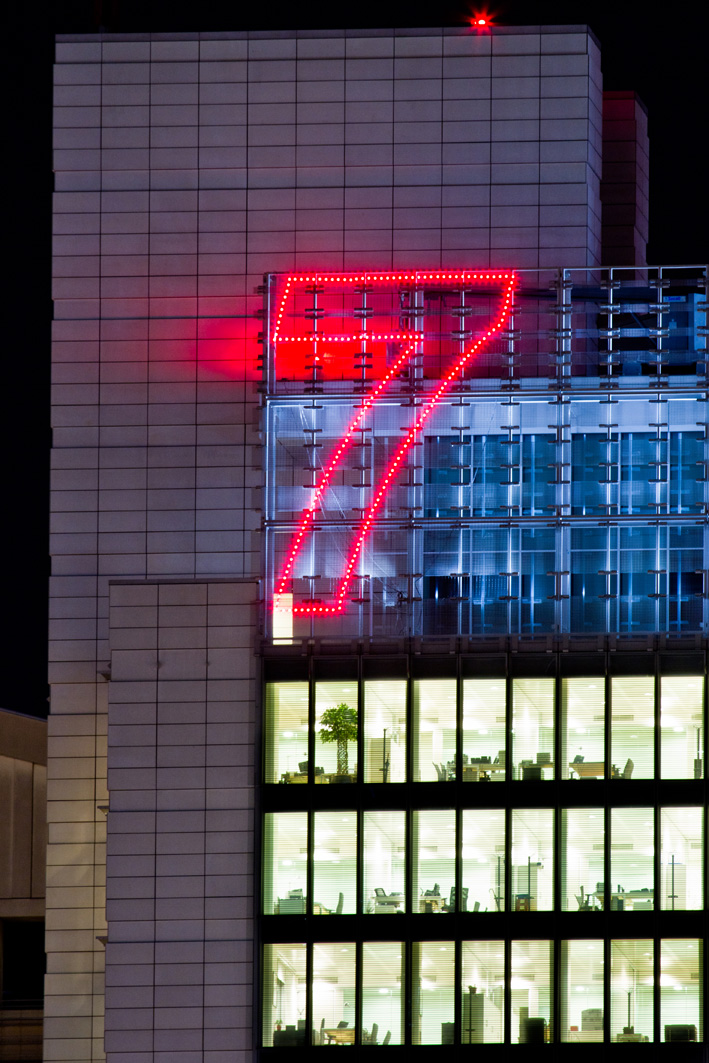 This work is part of a larger exhibit at Palazzo Bembo put on during the 13th International Architecture Exhibition at the Biennale di Venezia, which has the overall theme of “Common Ground”. This show is called “Traces of Centuries & Future Steps” and aims to enlarge the spectator’s awareness for his/her own personal existence as a human being within a specific space and time. 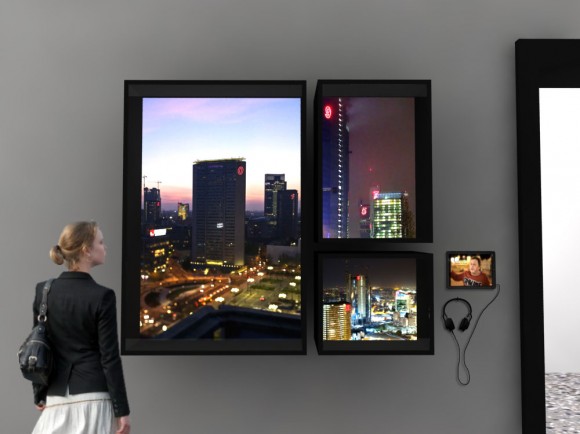 The theme of the Biennale is a very interesting one for those of us who are consciously and strongly influenced by the space that surrounds us, and perhaps even more so as a way to raise awareness in those who don’t think about such things. Each year I say I’ll make it to the Biennale, and this year I think there’s good reason… I can only keep hoping. 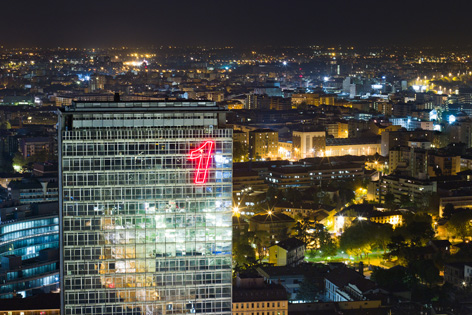 If you’re headed to the Biennale be forewarned that it attracts a lot of visitors, despite it being autumn. Check what hotels are available for what price and if you find Venice full, you might also try Padova, which is just half an hour’s train ride away.