Locorotondo: Trullo resort, restaurant, and the beauties of Puglia

A 4 day weekend is long enough to take a road trip down the boot to Puglia, a land that in my experience is polarized between beauty and blemishes: unfinished “abusive” construction not far from beautiful beaches, polluting industries, amazing trulli, cacioricotta on orecchiette, friendly people, and natural beauty that in some parts would be better without some of the aforementioned elements. This long weekend’s trip to the Valle d’Itria, however, showed me the real beauties of Puglia and we’re already thinking about a return trip to see what we’d missed. 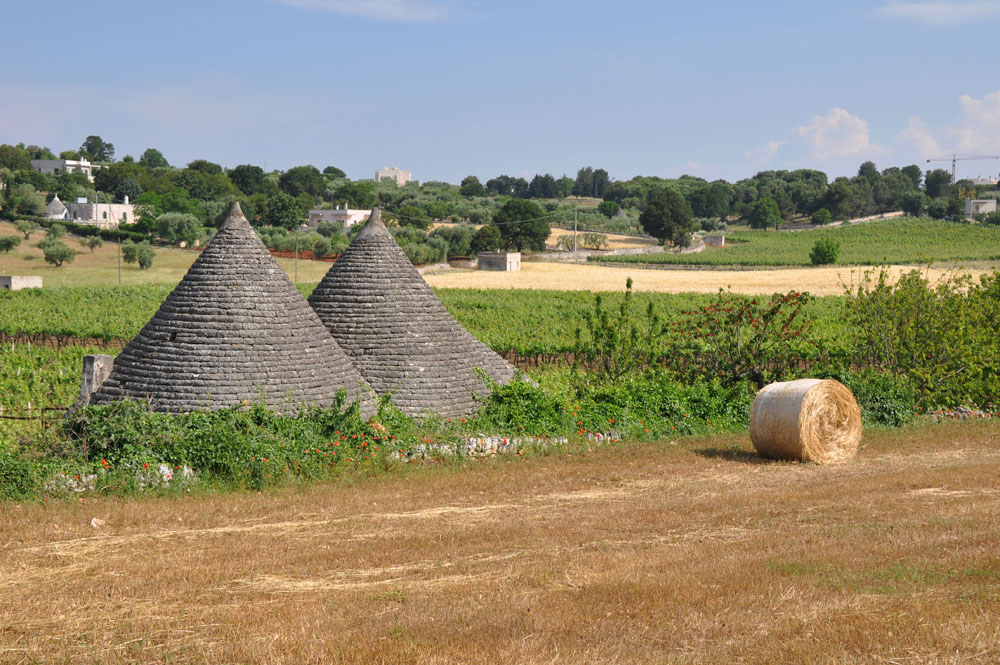 Puglia is dang trendy these days. Rapper Caparezza is from Molfetta (province of Bari), which probably has contributed a lot to the region’s image. So has Nichi Vendola, the region’s gay president and national leader hopeful. The Italia Wave music Festival has abandoned Tuscany for Puglia, for some time now touted as “the new Tuscany,” though I wish no such thing upon them. There is no question that this region has a lot to offer, from culinary delights to nature. There is also a significant art historical element, from Taranto’s Magna Grecia and good archaeological museum to the Baroque whiteness of Lecce. But a visit to Puglia in the summertime usually means it’s too hot to realistically visit any of these things: we tend to opt for the beach and anything we can see, or eat, on the way. 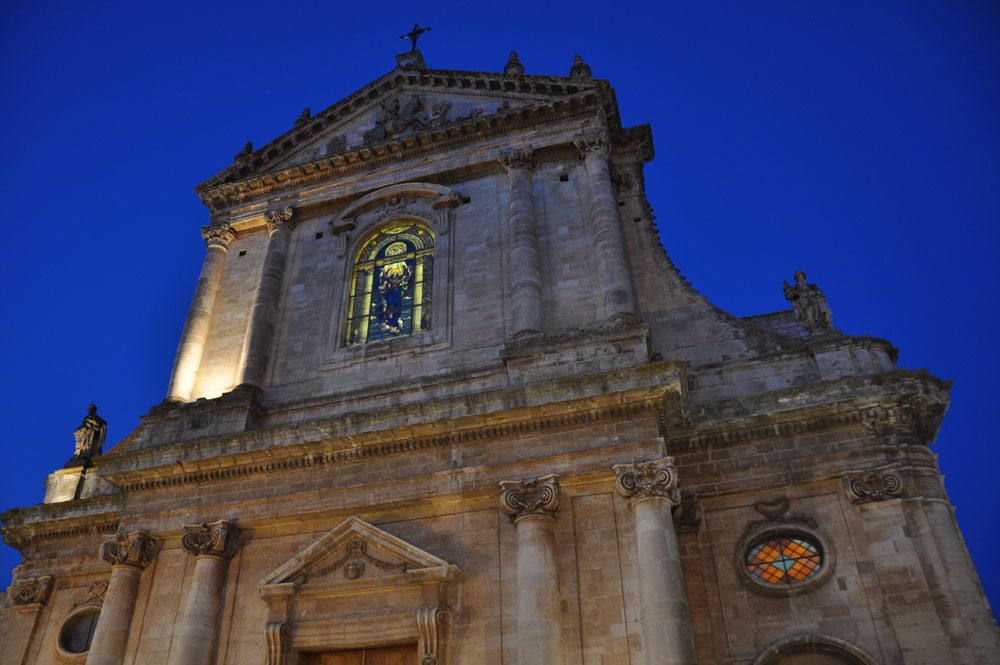 A Baroque church in Locorotondo

We booked a stay in a luxury trullo resort called Il Palmento with Groupon – 2 nights for 179 euros. We had pretty low expectations, having heard terrible things about Groupon (from bad quality on the consumer’s part to the fact that these deals have put many people out of business), so were pleased to find that the place exists at all. 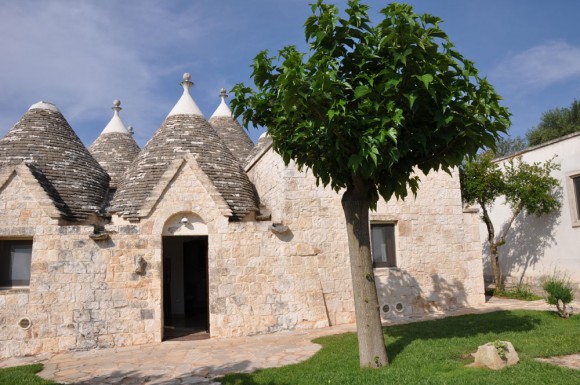 This trullo is ours.

We received no lesser treatment for being “Grouponers”, and were indeed very, very thrilled to stay in a large two-cone trullo. These structures are traditionally thick-walled and a bit dark due to their single opening, designed to be cool year-round except in August when they become unbearable. Our trullo was of the modern type: it had large double-glaze windows and air conditioning! We took advantage of the resort’s swimming pool (a double oval, one for kids) and tennis court (nobody else used it). The place is frequented primarily by families with 2.2 kids who probably liked the convenience of the facilities which also included a restaurant and after-dinner poolside activities that we avoided like the plague. 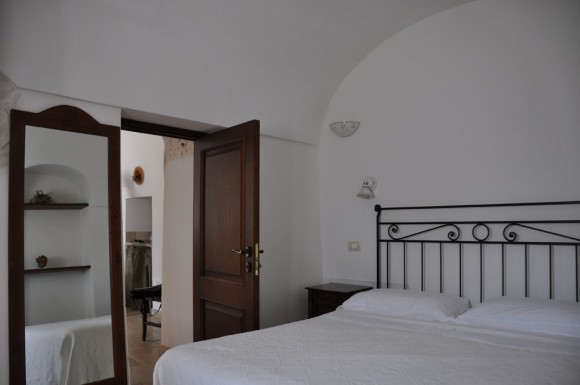 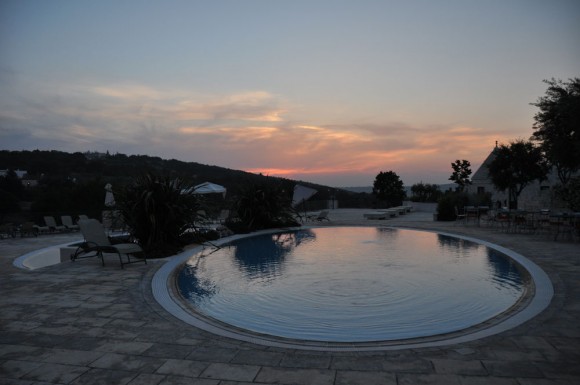 The nearby towns of Martina Franca and Locorotondo are popular summer dinner destinations for residents of Taranto, who go there to escape the heat of the city and take in a good meal, often dining al fresco. I have to share one of our dinner experiences with you as we found Bina (via Dottor Recchia 44-50) in Locorotondo to be a very special, modern reinterpretation of Pugliese food. First of all, the decor of this tavern space is very much our style – modern, all white, it incorporates traditional elements like ceramics from nearby Grottaglie but uses the most modern versions available. Bina cooks with traditional Pugliese ingredients and recipes, refined with some modern combinations and artistic presentation. 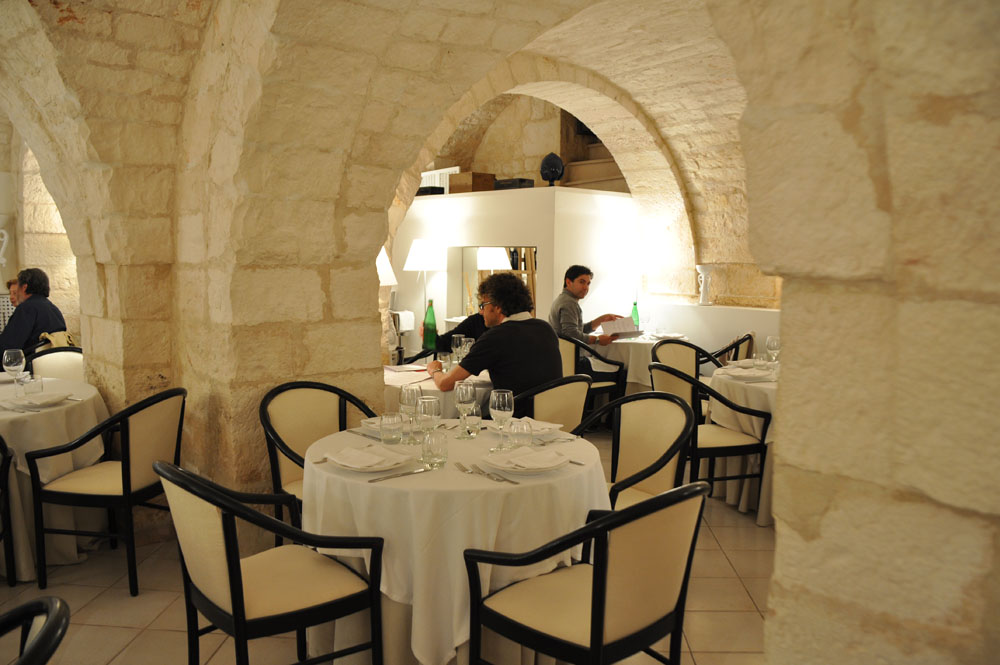 I photographed all my food but spared Tommaso this vice as he appeared quite ready to devour his. I loved the presentation of the antipasti (on the house) – a bowl of olives and another of fried bread balls with mint and cheese inside that are the most delicious thing I have ever tasted. 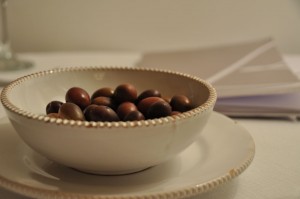 I moved on to my primo, described on the menu as follows: “spaghetto fatto in casa con fagiolini verdi, pomodorino fresco del pendulo e falde di cacioricotta della Valle d’ Itria.” The combination of green beans and pasta is typically Pugliese, a poor food that hugs long pasta when cooked to the right point. 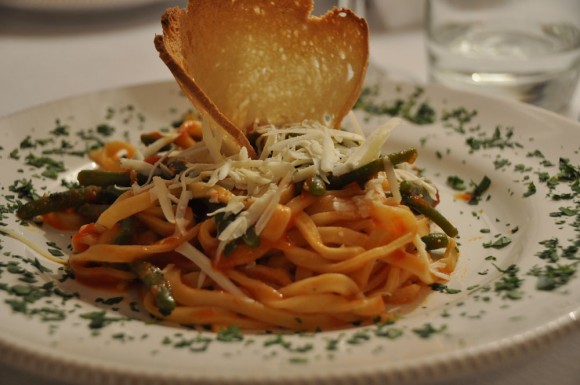 For secondo I had the cheese plate (note the mini burrata and ricotta) while Tommaso had mixed roast meat that looked as appetizing as possible given its nature. 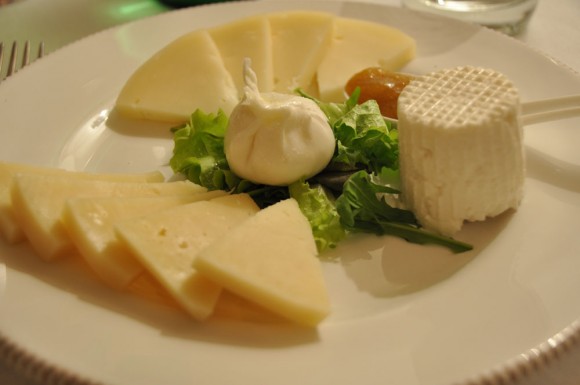 Service was at a leisurely pace, perfect for a romantic meal or for eating with a group of friends. My only complaint is one that I often hear echoed by American tourists – too much salt. I load tons of salt on my food, and this was even a bit much for me. Prices are slightly above average but we are convinced that anywhere else a restaurant like this could easily charge triple and still be full every night (we spent 58 euros for two, with one glass of wine and no dessert). Easily the best meal of the year 2011. Go Puglia!

After this and other visits I wrote this guide for a week-long trip in this area of Puglia: