Motherhood in Art through the ages

March 8th is International Women’s Day, and to celebrate this year, we’re looking at images of motherhood in Italian art through the ages, the subject of an exhibition in Parma that opens today and runs through June 28, 2015. 170 works from prehistory to last year in every medium make up this exhibit about the sacred and “mysterious” status of maternity. 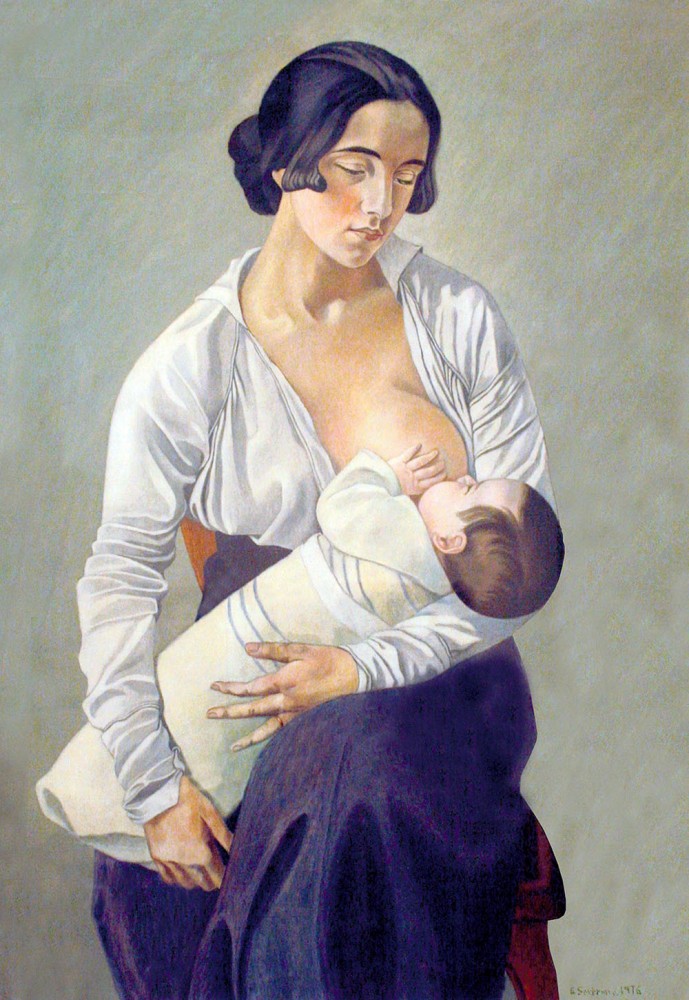 The show in Parma surveys maternity in four main themes, which we can see through a sampling of the images included here. First is mother goddess in the prehistoric and antique periods, like this example from the archaeological museum of Cagliari, or the Bust of Proserpina from the 2nd century BCE. These images focus on fertility, and maternity in this way represents a constant relationship between humanity and the divine. 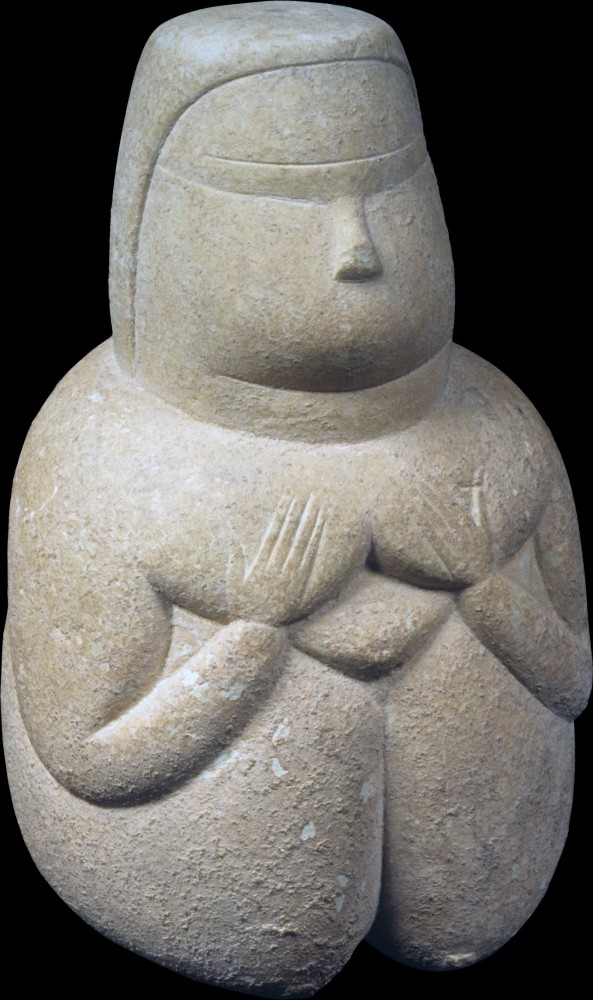 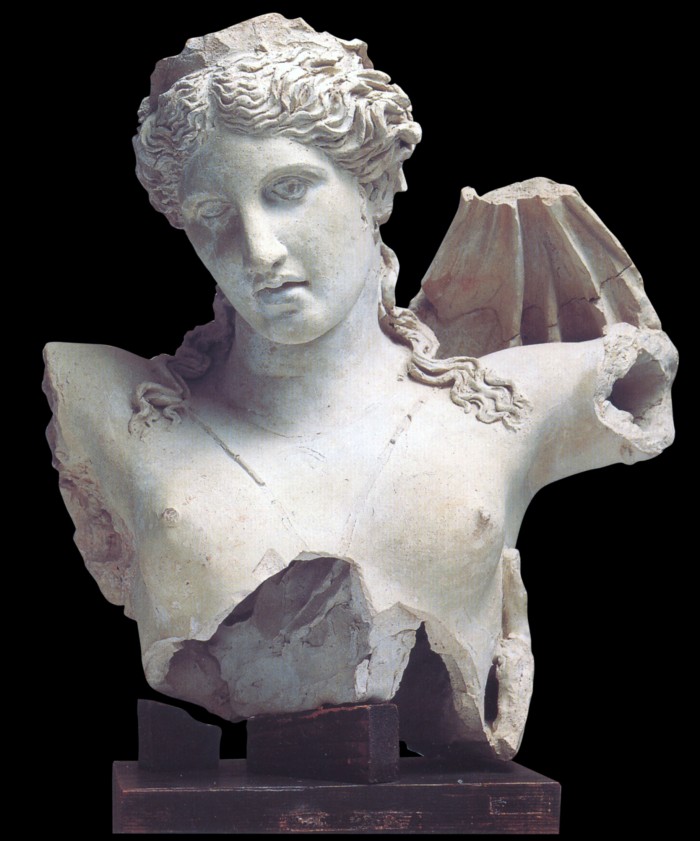 Moving on to the Middle Ages, maternity is most often represented in the figure of the Virgin Mary, seen in Byzantine icons and masterpieces of panel painting. In works from this period, Mary plays a reassuring role, one of protrectress, as we see in the Madonna della Misericordia by Bartolo di Fredi from 1364. 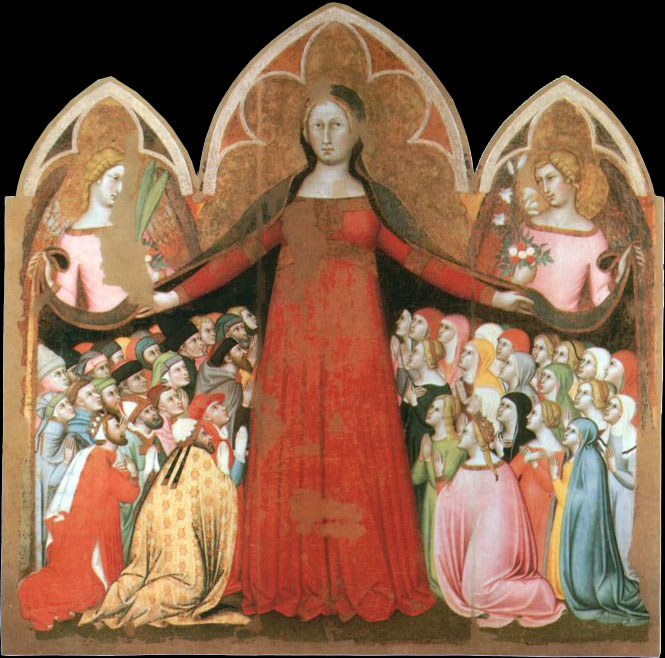 There is not much representation of intimate motherhood at this time, although we do sometimes see the “Virgin Lactans” or nursing. A painting by Alessandro Moretto in the style of Titian from the 16th century is, nonetheless, a touching and quite intimate scene. 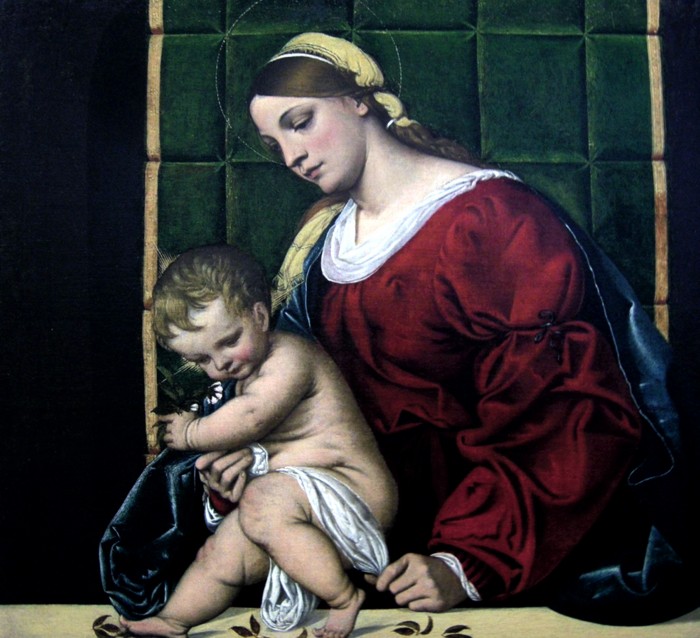 It is not until the 19th century that we start to see an understanding of maternity that is familiar to us in modern Western society. Gino Severini’s 1916 Maternity is a far cry from the akward Virgin Lactans, in fact – a real breast feeds a real, swathed baby in this case. Francesco Hayez’s family portrait showing Countess Teresa Zumali Marsili with her son Giuseppe, in 1833, is also a relatively credible picture of infancy (if only for that minute that the child sat still). 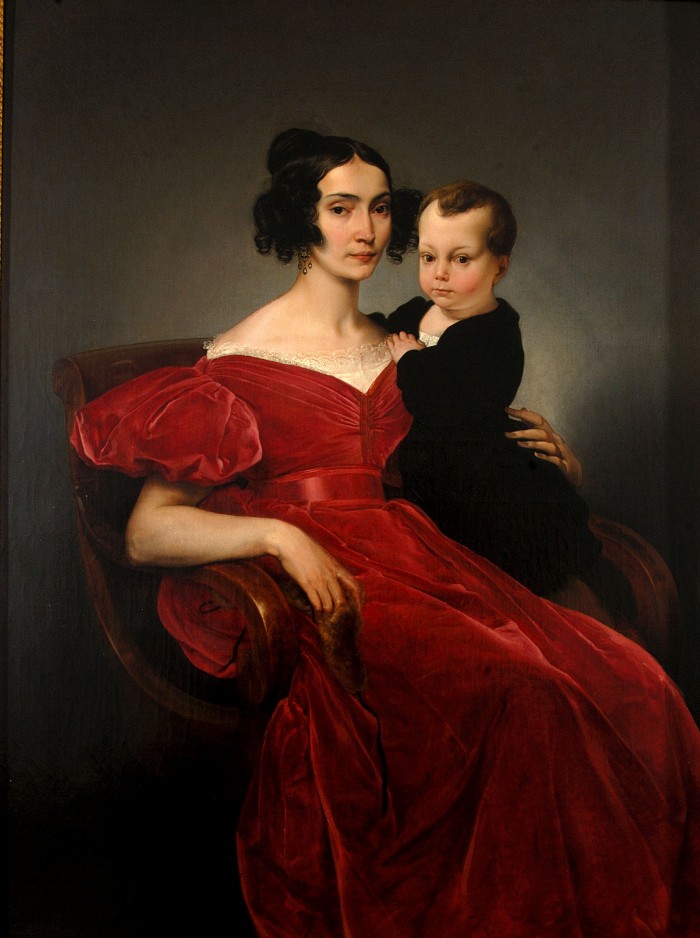 A particularly touching image from this period, I think, is Raffaele Borella, Le madri, 1918 – a rare image of mature motherhood. 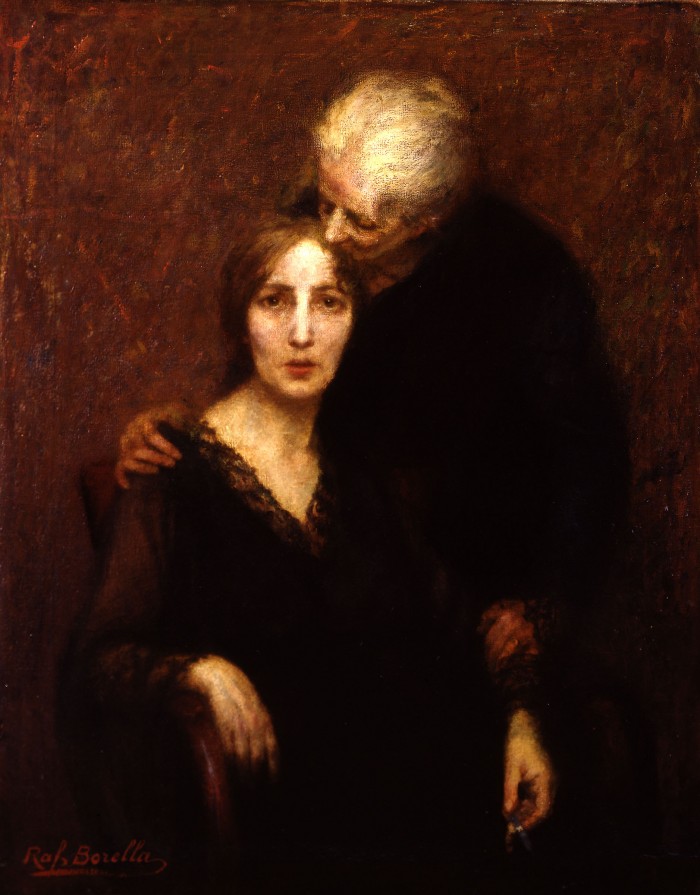 The exhibit moves us up the present day with an interrogation of the new female archetype in modern society and art, in which the woman is no longer a sacred or domestic mother but a much more complex, emancipated figure. Works by Mimmo Rotella, Michelangelo Pistoletto, Max Kuatty, Bill Viola and Mat Collishaw address this while making reference to the past. Bill Viola’s 2002 Emergence is a video still from a work commissioned by the Getty that represents a man emerging from a fountain, which in composition and style refers to Renaissance images of deposition and resurrection. 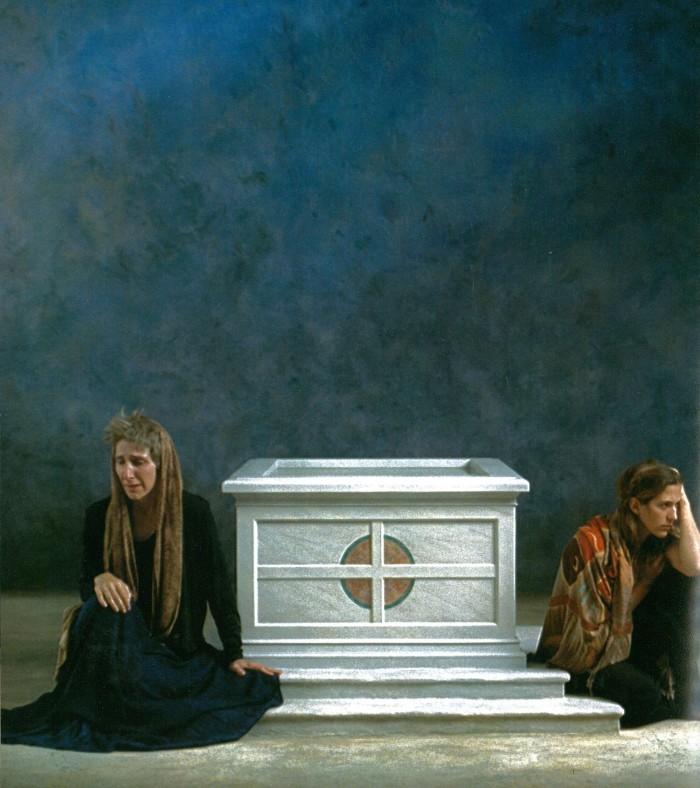 The most recent image in the show, from 2014, is by Mat Collishaw: Black Mirror is a work created for the Borghese Gallery in Rome that “mirrors” a painting by Caravaggio of Mary, Elizabeth and the Christ Child enclosed in an ornate black glass frame. 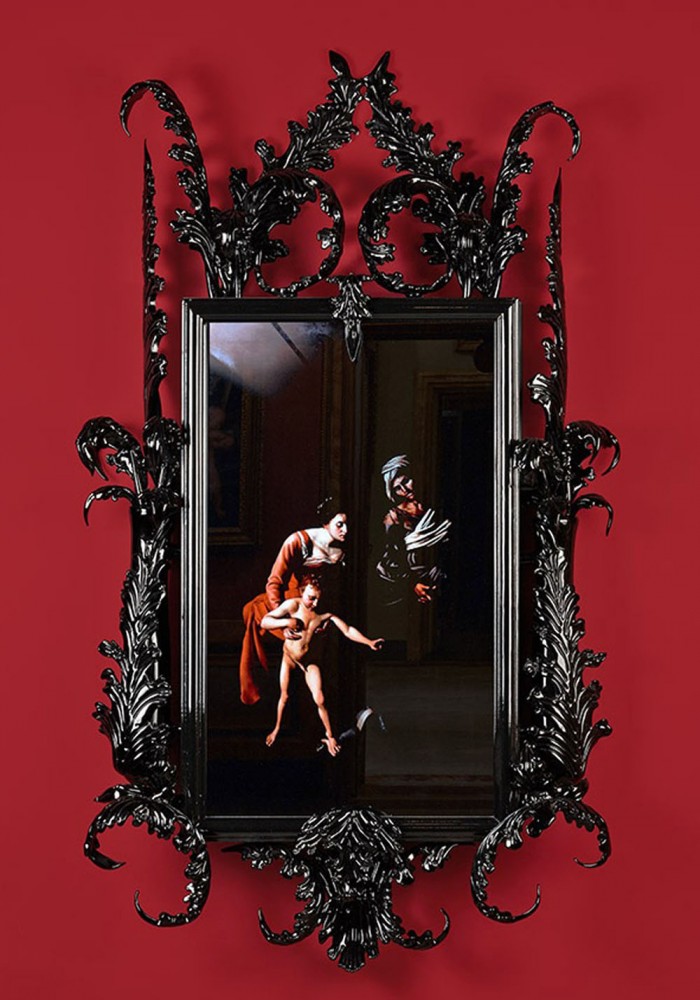 The show demonstrates how, throughout history, the role of the woman, specifically as mother, has inspired artists who represent this essential part of every human life.

Just for a joke: My colleague Leo Cardini at Flod depicted all our staff as figures in famous paintings. He made me into an unwilling mother by Raphael. 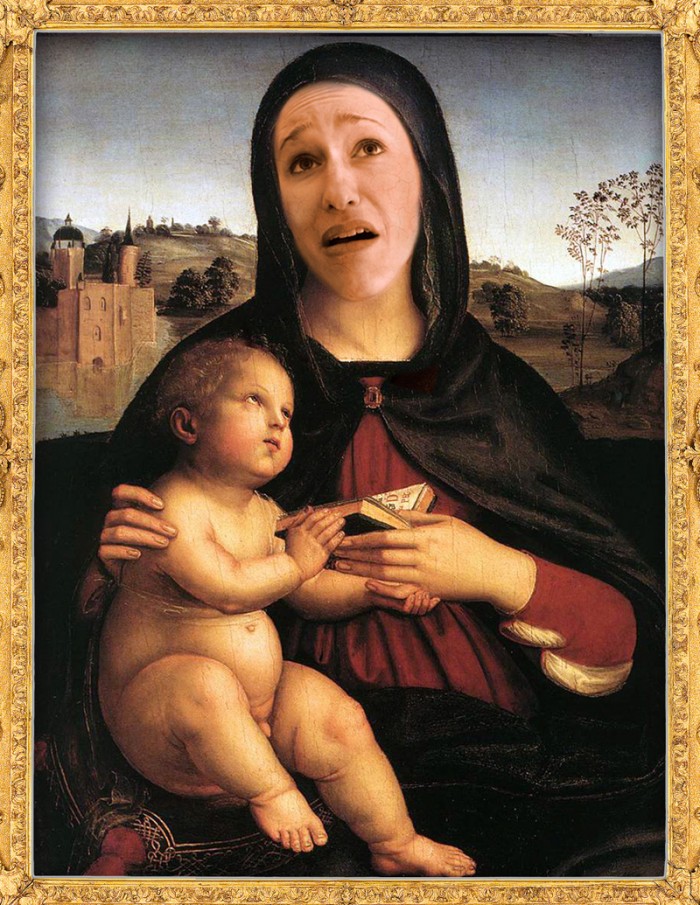 Me as upset Madonna and child