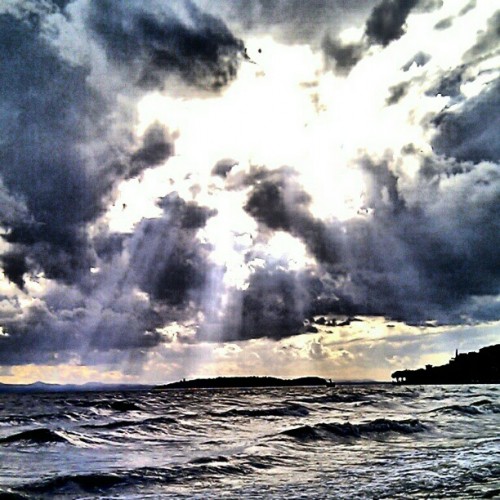 If you thought Instagram was just a gimmicky way to make crap photos into good ones, think again. I’m a recent convert; very specifically, I converted last week when Kirsten Alana showed a group of us in an iphoneography workshop the amazing things she can do with her iPhone 4s. The take-home message was: if you think of your smartphone as a camera (and apply the same rules and rigour to it as you would to your Nikon), it is a camera. So at a weekend conference in Umbria, when the weather was variable and my free time limited, I used exclusively my smartphone – an HTC Desire – to take pictures. You be the judge. 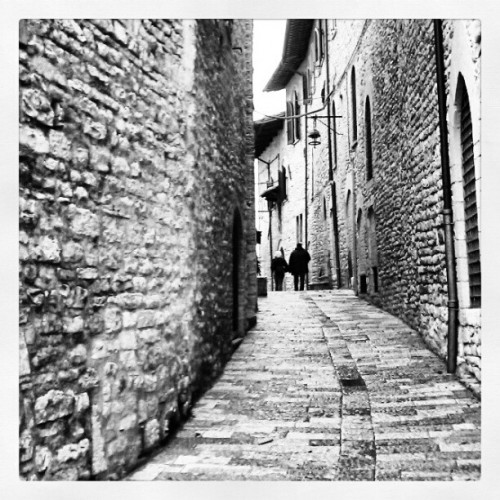 Assisi in black and white

Assisi’s medieval streets are charming, and even in the rain (it was raining here!) a flat photo can be made pretty using the right combination of apps. This was taken with the Android app Camera 360 in HDR mode, then imported into Instagram with the inkwell filter and frame. 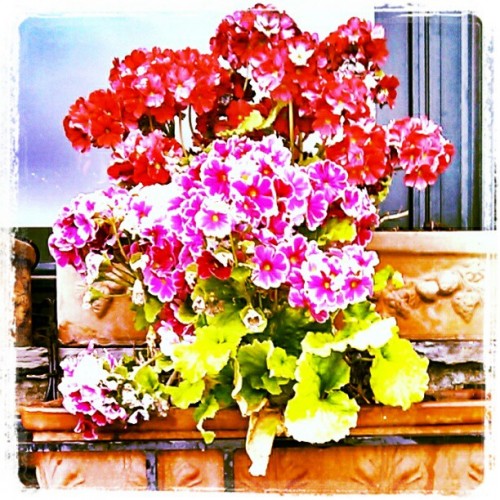 Conversely, any colour can be made into too much colour with the same apps and Kelvin filter. 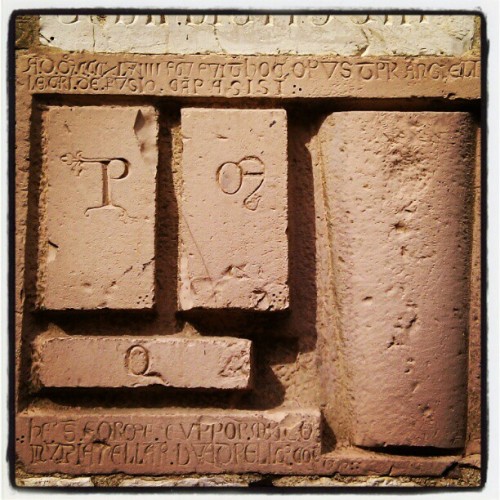 The official measurements in Medieval Assisi

This is a really cool element on the wall of Assisi’s city hall equivalent: a diagram that was used to indicate the measures for this medieval town (which varied between towns and regions). This detail shows the official size of a roof tile (right) and other types of bricks. Below there are metal inserts that indicated the lengths of things like a bolt of cloth. The photo is taken simply with instagram. 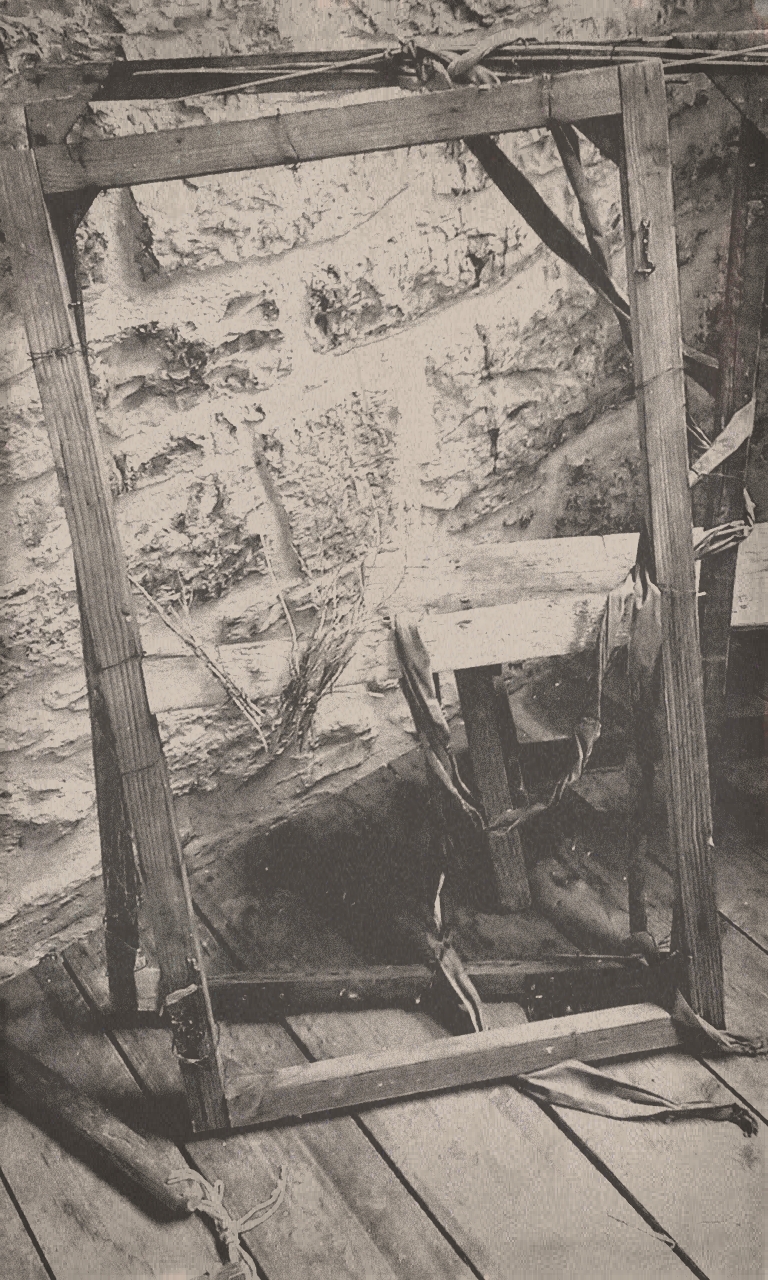 A little corner in the medieval streets of Assisi was being prepared for a medieval fair to be held in a few weeks. These wooden frames caught my eye, but lacked interesting light. Solved (I think) by the 1839 filter on the Android app Camera 360, which mimicks the sepia tone and lack of contrast found in some of the first cameras. 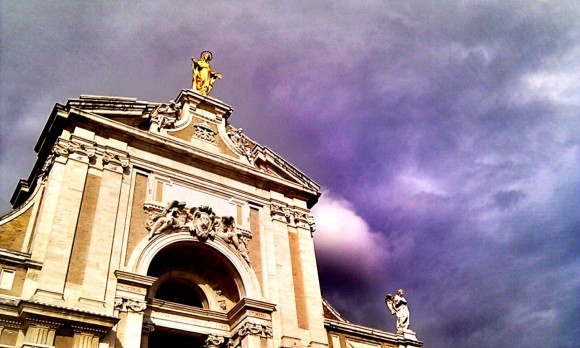 People drive through the town below Assisi, Santa Maria degli Angeli, mainly to get to the top. But this modest town is home to a gigantic 17th century church that encloses a much smaller 9th century nucleus called the Porziuncola, which sits like a funny hut in the midst of a grand apse. It’s an important location to the Franciscan order, though to look at it today, you could easily miss this fact, and many tourists do.

I was driving away from Assisi when I saw the church’s facade silhouetted against a dramatic dark grey sky and a ray of light illuminating the guilded saint that tops it. The sky turned purple with the HDR app.

These photos by no means provide a fully representative image of Perugia, but are just some really cool details that I spotted in my short visit (this time around – I’ve been plenty of times before). 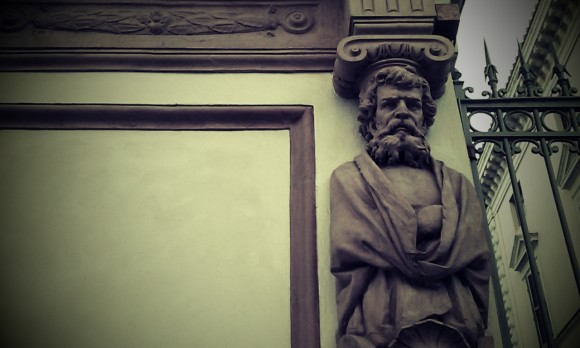 I love this 16th century caryatid sculpture on the side of a building, guarding a gate. The camera’s lack of zoom forced me to think of a composition unlike what I would have chosen with my usual 18-270mm lens. I used Camera 360’s Lomo filter for this one. 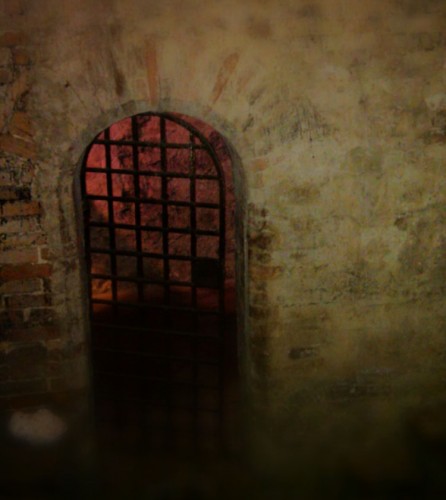 My very favourite part of Perugia is the Rocca Paolina, a sixteenth-century fortified structure imposed on the conquered city of Perugia by the Farnese Pope Paul III. The story is amusing enough to warrant its own post: the people so hated the papal ruler that the fortress defended the ruler against the city more so than the city against the outside! It has now been reclaimed for multiple uses… including, when I stopped by, a forestry convention that resulted in this display: 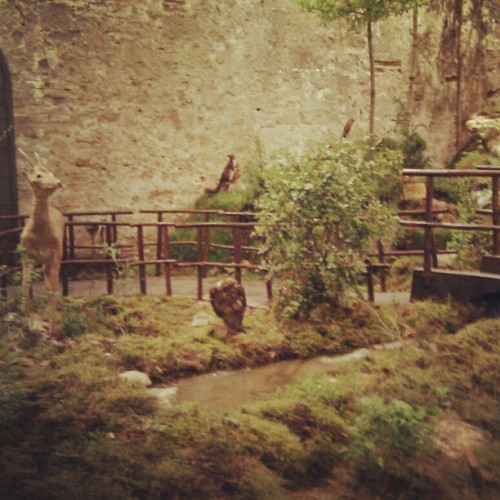 The famous underground forests of Perugia?

Wonderful weekends come to an end, so I got in my car to leave Umbria for my more familiar Tuscany. And the skies opened up and there were my very favourite type of clouds doing their riotous display… and as I drove down the Perugia-Bettole superstrada I kept spending a dangerously long time glancing over to Lake Trasimeno, to my left, over which the clouds had opened to reveal that kind of light that makes you think there really is a god. Quick, find the nearest exit and hightail it to water access! I stopped at “Camping la spiaggia” (at what exit I do not know) and begged to be let in (the lady refused, but I was pushy). I had to get the shot before the light changed. And I did. 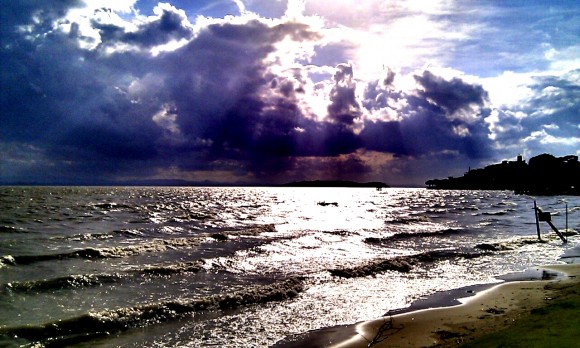 Lake Trasimeno and those godlike rays of light 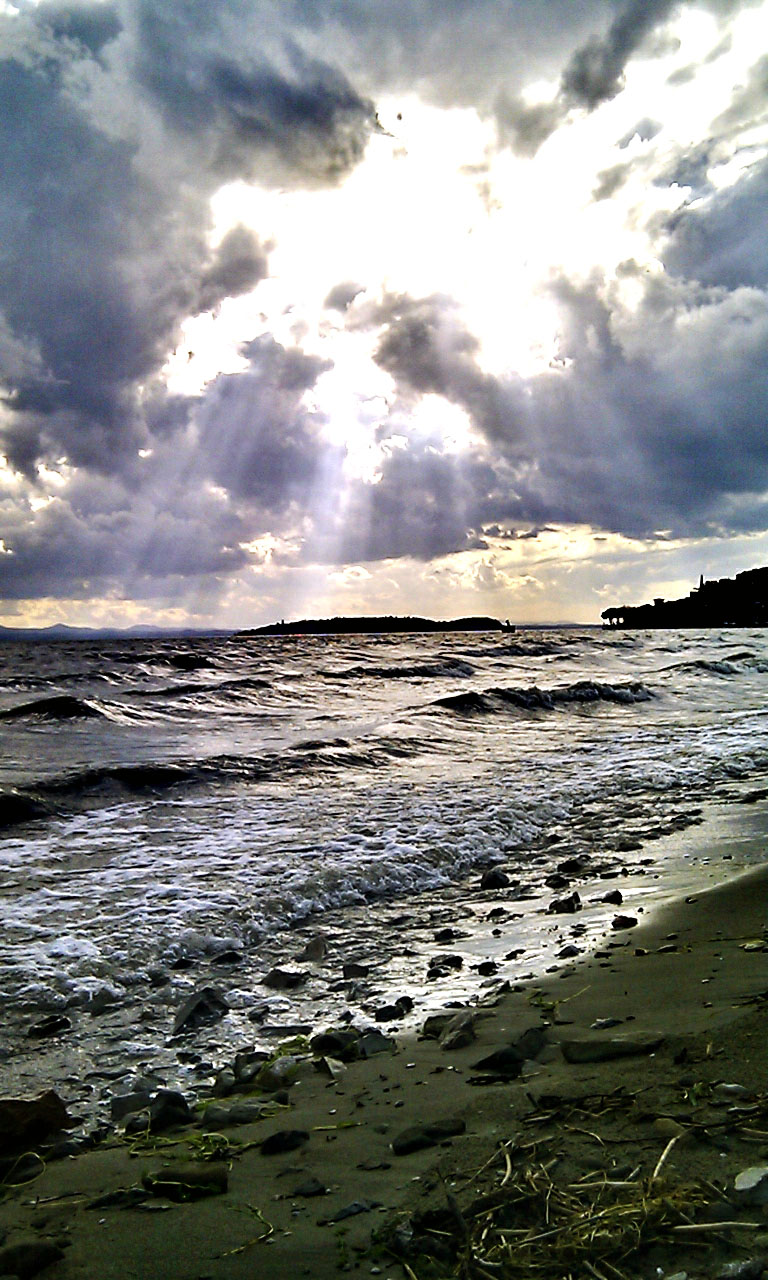 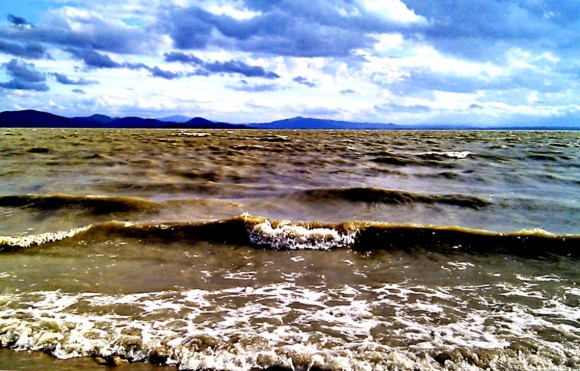 Lago Trasimeno HDR (this one makes the water rather unappealing)

The opportunity to learn about smartphone photography and explore the beautiful Umbrian landscape was made possible by the Travel Bloggers Unite conference that I attended. Oliver did an amazing job pulling together great sponsors, speakers, activities, and attendees for an intense weekend of networking and eating. Especially eating. I particularly want to thank Luca of Confindustria Umbria and the Region of Umbria for welcoming us travel bloggers and really pulling out all the stops to show us how awesome their region is. I will be back, I promise.

For readers who want to visit Umbria, I suggest you get ideas from Umbria on the Blog.

And if you want to play with smartphone photography but can’t afford an iPhone, buy an HTC like mine: HTC Desire Unlocked on Amazon.com for US readers

or HTC Desire HD for European users on amazon.it