First exhibit of Banksy in Rome

An exhibition of artworks by the artist known as Banksy, including original paintings, prints, sculptures and rare objects from international private collections will go on display for the first time in Rome at Palazzo Cipolla from May 24 to September 4, 2016.

This is the first time that the European public will be able to see a vast collection of original work by the artist in a curated museum exhibition. With unique paintings and rare pieces brought together from international private collections from around the world, this is a groundbreaking achievement in terms of the format, scope and sheer scale of the body of work being exhibited. Of course, the artist has nothing to do with it: the show is organized by Fondazione Terzo Pilastro – Italia e Mediterraneo with works from private collections. 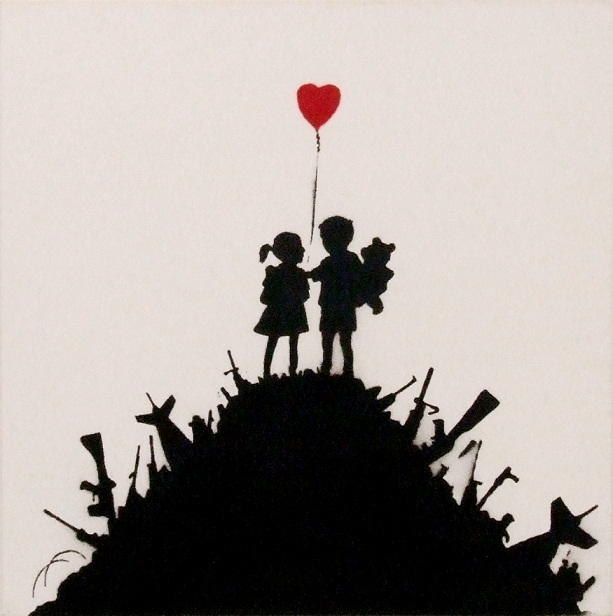 War, Capitalism & Liberty examines how Banksy views social and political events with irreverent wit and artistic skill – from his black and white stenciled sandwich board-wearing monkeys declaring ‘Laugh now but one day we’ll be in charge’ to the unsettling image of ‘Kids on Guns’. 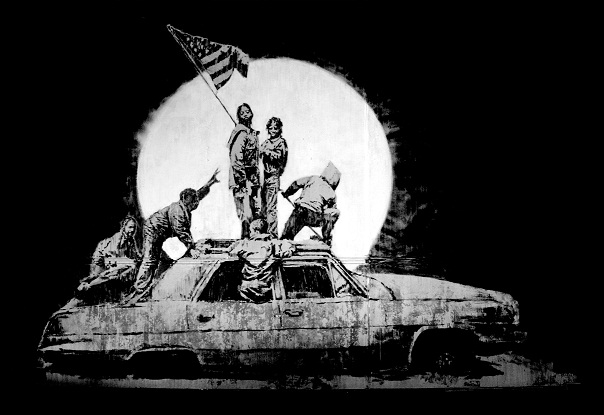 It’s important to note that the works in question have not been removed from the street but are “portable”. “A corpus of over 120 works including sculptures, stencils, and other artistic expressions, all strictly from private collectors and, therefore, absolutely not removed from the street,” comments the show’s co-curator and Bansky dealer Acoris Andipa. According to Prof. Avv. Emmanuele FM Emanuele, President of Fondazione Terzo Pilastro – Italia e Mediterraneo, “the Fondazione is interested in giving voice to a form of street art expression that takes art out of the museums and shifts it into everyone’s world, making it something that belongs to our daily lives.”

With his roots in Bristol, the artist known as Banksy continues to have a global influence on the urban art movement and is arguably one of its most notorious artists with an anonymous persona that has captivated international audiences since the late 1990s. His anonymity and refusal to conform means that he is as difficult to nail down as is his artwork and, thus, a survey of his works has never been officially or unofficially exhibited in a private museum to a public audience. 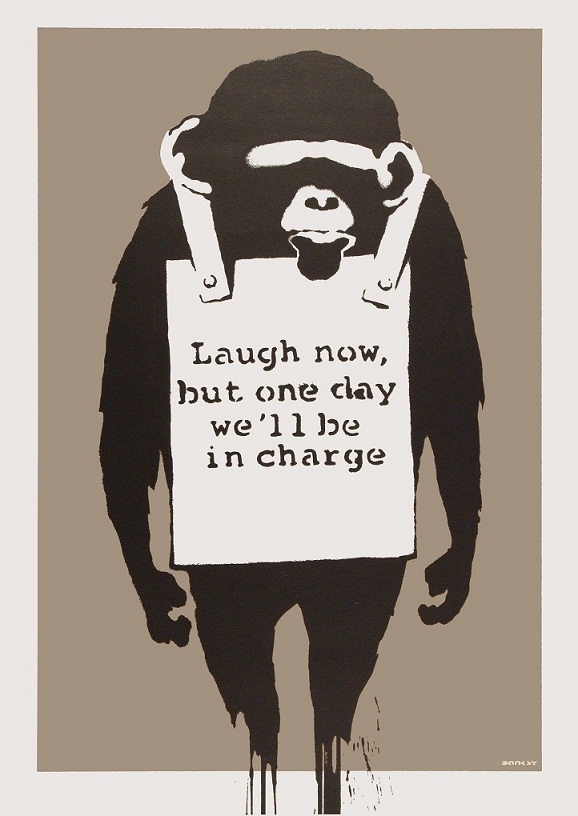 Although the artist remains anonymous, he is believed to have been born in Bristol in 1974. Taking inspiration from the Bristol Underground Scene, the artist claims that his distinctive style, which combines stencil and graffiti writing, developed out of a need to quickly create large-scale works. 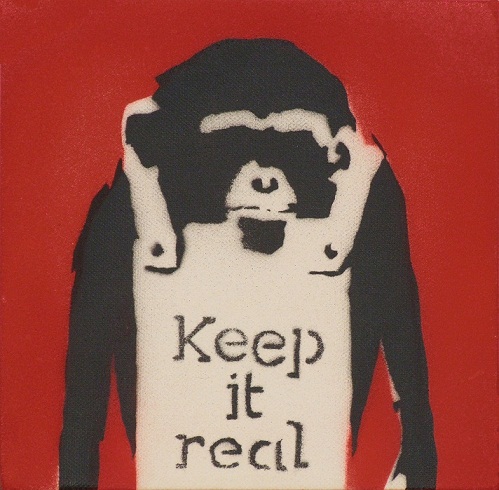 The artist’s first show was held in Bristol in 2000 at the Severn Shed. In 2002, he exhibited at Los Angeles’ 33 1/3 Gallery and in 2003 he was commissioned to design the cover of Blur’s ThinkTank. In 2013, he held an official residency in New York titled ‘Better Out Than In’ in which he set up a street stall selling canvases for $60 USD to unsuspecting tourists, few of whom bought the works. In 2015, he made an entire “bemusement park” called Dismaland, bringing together other notable artists including Damien Hirst, to greeted visitor of all nationalities and ages with unhelpful staff. The artist has also experimented with film and received an Oscar nomination for his documentary Exit Through The Gift Shop.