The Pantheon is one of the most important works of ancient architecture that comes down to us today. In fact, one of the main reasons it’s so important is that it still has a roof, which is a rarity in itself! Its huge hemispherical dome and open occulus are a marvel of engineering and evidence of the Roman mastery of concrete building techniques. 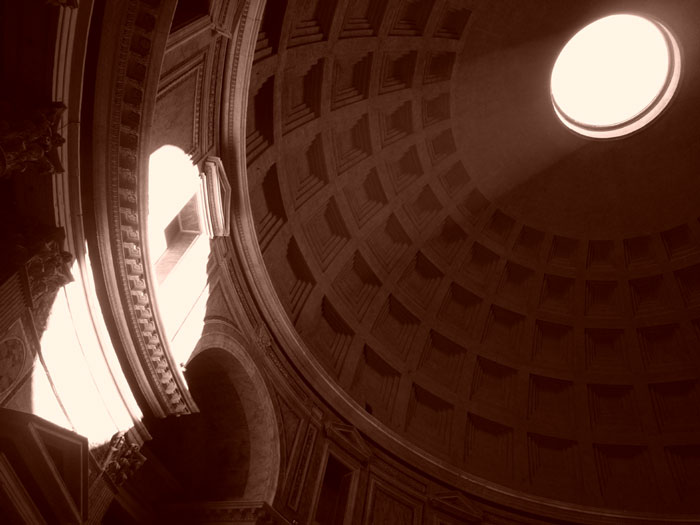 An inscription on the front of the building claims that “M [ARCUS] AGRIPPA L[UCI] F[ILIUS] CO[N]S[UL] TERTIUM FECIT”, or that Marcus Agrippa built it (around 41 AD) but this building was not placed here by Agrippa: the original building burned down in a fire in the year 80 AD. The emperor Hadrian built a brand new building on this location, but he re-installed the original inscription there—strange, considering usually people commission monuments for their own glorification. However, in Hadrian’s time, probably everyone knew that he commissioned and built this building, and by leaving up the inscription, he also associated himself with the much venerated emperor Augustus, which was a good political move. 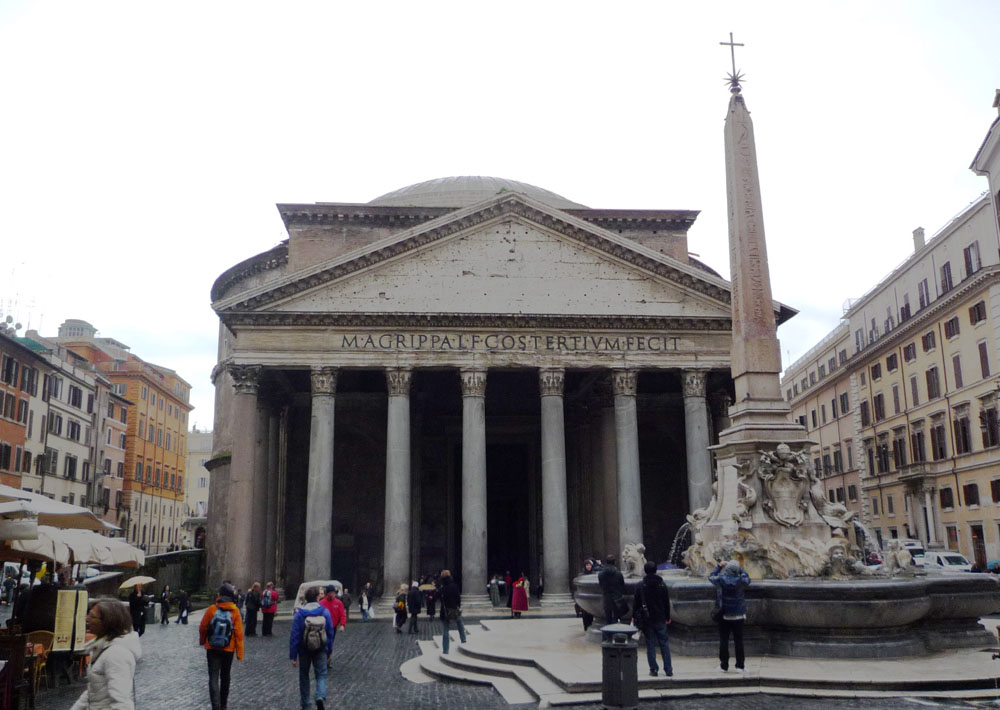 What is really most exciting about this space is the architectural construction. The Romans were the first civilization that was able to enclose vast interior spaces. Before the Romans, the size of buildings was limited by the technology available. Here, we have an enormous, unified room—no supports anywhere!—built in the second century. And the whole thing is topped by a very heavy concrete dome:
its width is 43.3 meters across (142 feet). This dome is as wide as half a football field, and that’s the largest span constructed until they build the Georgia Superdome. Really, nobody was ever able to build so big until the use of reinforced concrete in the 19th century. The dome weighs over 5000 tons which is equal to about 4000 adult elephants.

In Middle Ages, superstitious people refused to believe that the dome was built with the help of pagan demons… but actually, the Romans used not demons, but CONCRETE!! This is how they did it: 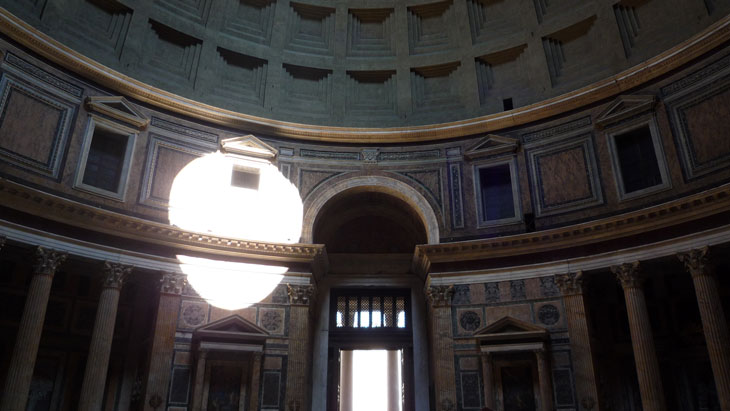 We cannot see most of this buttressing and support, so the work just comes across as incredibly harmonious. This is helped by careful attention to proportions: the height and diameter are both 43.3 meters. This balanced, harmonious feel has captured the imagination of centuries of people. By the 15th century, it was being described as the most beautiful church in Rome. More recently in America, round buildings preceeded by temple fronts still signify spaces of great importance in education and government – for example, Thomas Jefferson’s University of Virginia library was modeled on the Pantheon, and is the centerpiece of his plan for modern universities, upon which many US campuses are founded. Many State Capitol buildings of the late 18th and 19thc centuries, including the U.S. Capitol Building in Washington, also center around a portico and domed structure, expanded into practical use with wings.