Italian beaches are a very civilized affair. Most of central italy’s beaches are sectioned up into “Stabilimenti balneari”, or bathing establishments. These consist of a hut or structure with a bar, bathrooms, shower and changing area of various degrees of fanciness. Here you rent an umbrella with chairs, ie., your own spot of beach. In Viareggio prices can run from about 40-70 euros a day for two people under an umbrella! Locals rent these by the season, so you may have to arrive early in the morning, or phone ahead, to get a spot in the busy months. There are some public beaches, though these are sometimes hard to come by, and they have no bathroom or other facilities. 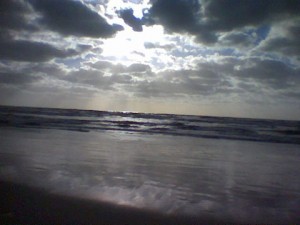 Below, you’ll find an updated (June 2013) review of some of the beaches in Tuscany – Viareggio, Maremma, Follonica and Cinque Terre (which is not in Tuscany!) – with driving directions and specific directions on how to find the free or paid beaches mentioned.

Viareggio and the Versilia area 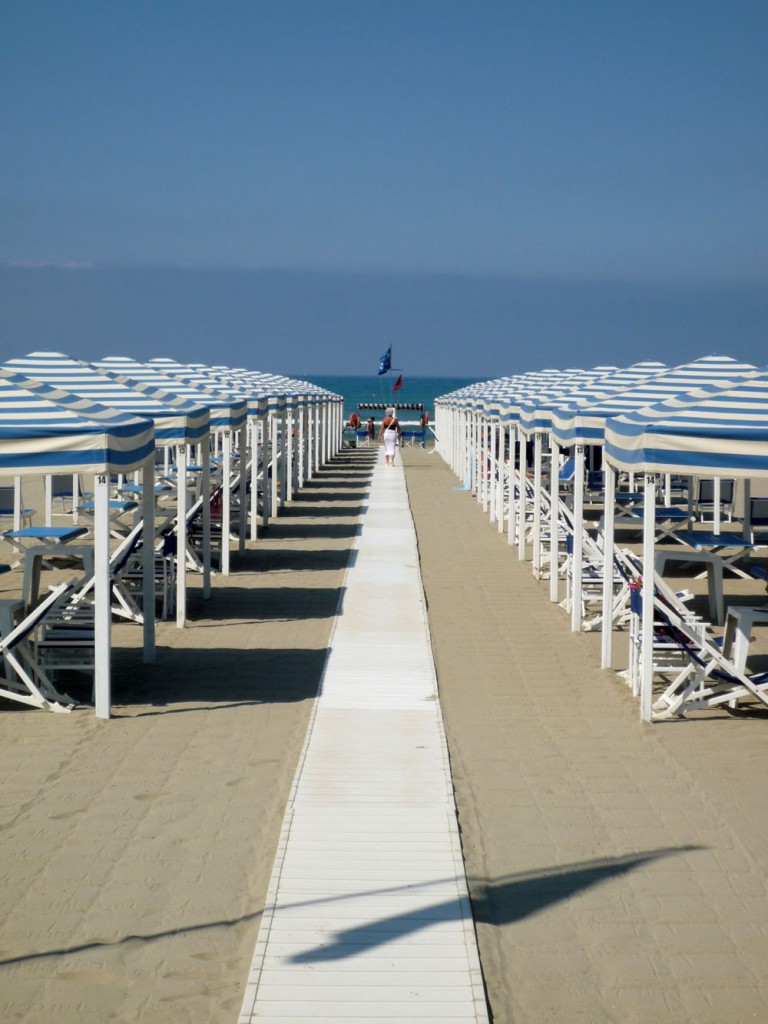 The catwalk in early morning

In late June, July and August, masses of Florentines head out on weekends to the beach. Some have beach homes, others drive there in the morning. All of them take the infamous “firenze-mare” road, which is congested with traffic, and they go in groves to Viareggio and its long strip of beaches.

Viareggio is not very charming, but it has water, sand, bars and shops, and can be reached by bus for a day trip. It does have a few things going for it though:

Nearby Fiumetto and Lido di Camaiore is frequented by families, and boasts beach establishments with names like “bagno roma”, next to “bagno milano”. It also has a roller rink. The theatre area called the Versiliana has cultural and childrens’ events.

Forte dei Marmi appeals to the rich and famous. Here you can observe boob jobs and other elements of tanned television stars. This is also where unstrung youth go for night clubs and overpriced drinks.

Getting there:
Should this description have enticed you to take a dip in the salty waters of the viareggio area, here is how to get there.
By Car from Florence: Follow the highway signs for “A11 Firenze-Mare”, out past the airport. This road leads to Lucca. The last exist is viareggio. To get to Fiumetto, keep going north from viareggio along the waterfront, following the signs towards Forte dei Marmi (A12/ SS1).
By bus from Florence: you can take the Lazzi bus for the cost of 5.70E per person. The Firenze-Viareggio bus also makes stops near some Versiliana beaches. From the viareggio station you may take a separate bus, operated by the same line, to get to Forte dei Marmi.

Viareggio is not far from the lovely town of LUCCA – why not combine the two for a few days? 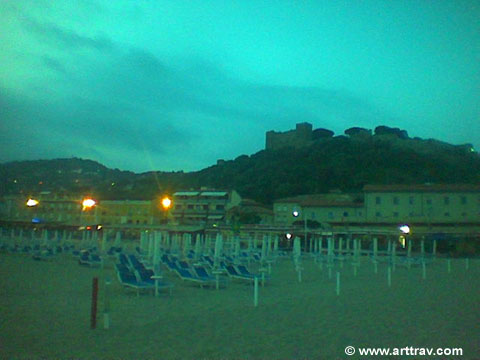 The more adventurous or car-loving Florentines go to the Maremma or Grosseto region, which boasts cleaner beaches, colder cleaner water, and nicer views. The drive is a bit longer, making a weekend here more viable than a day-trip from Florence, though the latter is fully possible. This area has a lot to offer, including Etruscan ruins and fabulous hill towns, so you wouldn’t be bored if you decided to spend a few days enjoying both water and land. My favourite beaches are as follows: 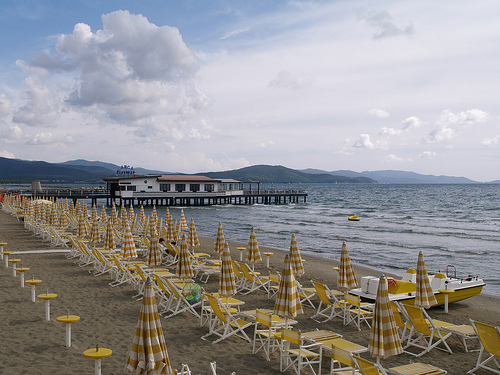 A beach-side town that has been relatively citified. There are numerous pay beaches and a long stretch of free beach. From Florence, drive the FI-PI-LI, then take the highway towards Rosignano and exit at Follonica. Follow a small sign for “Il Boschetto” which is the name of the free beach – you’ll get to a roundabout and see a canal. Park along the canal and walk towards a bridge over that canal, stay on the unpaved side of the canal for a few feet and you hit the free beach. The water is clean and pleasant.

There is a residential beach “village” with apartments and hotel in Follonica that has services at a similar level to Riva del Sole mentioned above. This is Golfo del Sole aka Villaggio Svizzero: www.golfodelsole.it 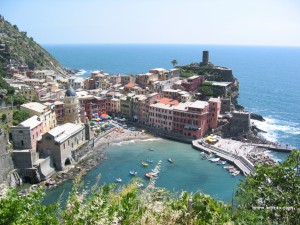 Finally, if you’re desperate for some nice water, Cinque Terre is not ridiculously far, and is (only!) accessible by public transportation. Yes, I realize it’s not in Tuscany but in Liguria, but we might as well adopt it!

From Florence, it takes 2 hours on the Intercity train from florence to La Spezia, from which you need to take a regional train. There’s an 8pm train out and you can be home by 8pm, if all the connections work (which they rarely do). Read here for how to get to Cinque Terre from Florence in greater detail.

Much loved by American and German tourists, cinque terre is no longer undiscovered italy. The menu is the same in every restaurant, and you seldomly hear italian spoken. That said, the locals are very friendly and open to tourism, and the views are breathtaking.

The area is famous for its hiking, which is surprisingly strenuous. The “via dell’amore” is the best known, and hence the least romantic of the bunch.

In low season (early May, September etc.) it is possible to arrive in the morning and just ask around for a room. Just about everyone has something for rent and it is common to be assailed by offers as you step off the train. In high season, browse the net for B+B’s of which there are hundreds.