Winter is the best time for Birdwatching in Tuscany

I recently became a member of WWF – no, not the wrestling foundation, the wildlife one! Inspired by the beautiful photographs posted daily by the director of the two WWF Oases in Maremma on their Facebook page, we headed out to the Lago di Burano for an educational Sunday visit. I know nothing about birds, really, but I get a lot of joy out of observing animals and natural landscapes. Under the guidance of their expert guide Lorenzo (who has not one but two degrees in biology), we learned to identify the plants, insects, animals and birds we encountered along the way. But the biggest discovery is that winter is the best time for birdwatching in Tuscany! 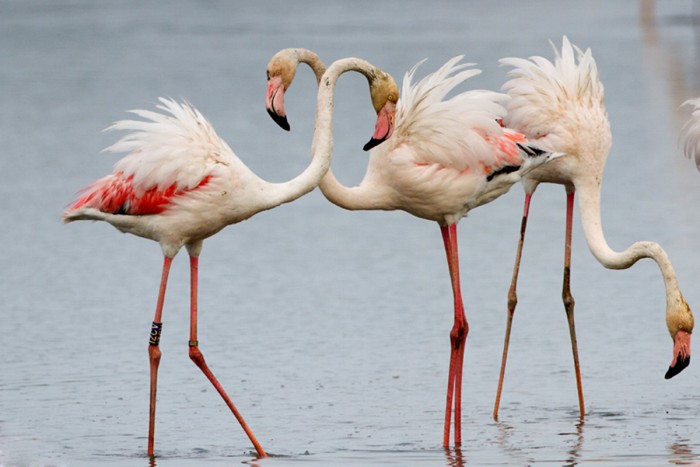 I asked Fabio Cianchi, coordinator of the WWF Oasi in the province of Grosseto (and the abovementioned excellent photographer!) to show and tell us what kinds of birds we can expect to see on a visit to “his” natural areas in the winter, and I’ve also done a little research to find out where else we might visit to see more of these marvelous creatures.

In Maremma there are two WWF Oases. We visited Lago di Burano, which was the first oasis to be established in Italy in 1967. The property is managed by WWF and was declared a “wetland of international importance” and later a state natural reserve. It consists of an inland saline lake of about 140 hectares, as well as woods and a section of coast. These three types of terrain encapsulate the biodiversity of the territory of southern Maremma. It can be visited only with a guide, on Sundays. 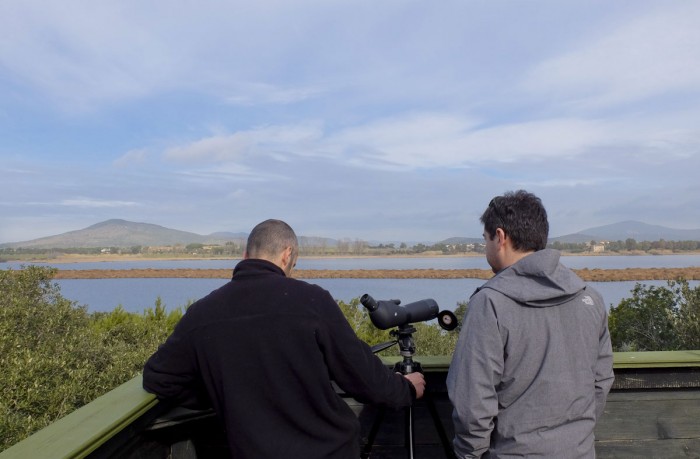 The Lago di Burano is important to preserve because it is an important part of winter migration for numerous species of birds, mostly from Northern Europe, who, like we humans, appreciate the Maremma’s warmer winter climate. From autumn to spring, you’re likely to see ducks of every type, graceful herons (not just white ones but the rarer grey ones), huge black cormorants, impressive falcons, and the always scenographic pink flamingo. 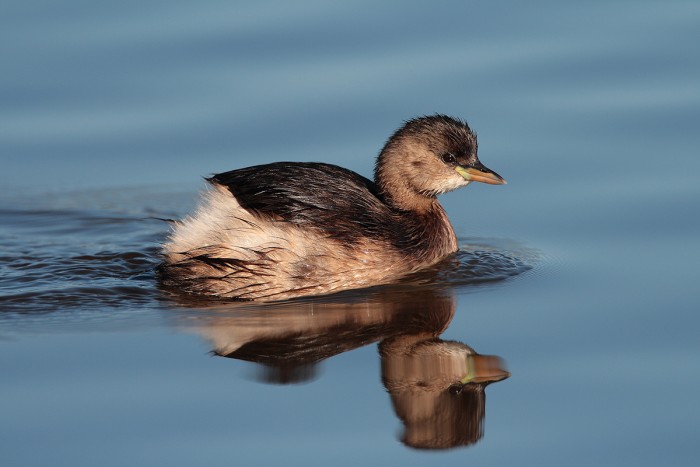 Spotting one of these Little Grebe (tuffetti), my heart jumped for joy! Isn’t it adorable? | Photo Fabio Cianchi

I also got to spot an adorable kingfisher (martin pescatore in Italian), his bright little body swiftly diving into the water, and some very cute little tuffetti (apparently called little grebe in English) – their Italian name describes how they dive (tuffare) and swim great lengths underwater. Birds are observed primarily on the lake from observation huts, and the guide carries a powerful monocular that he trains on the harder to spot birds. 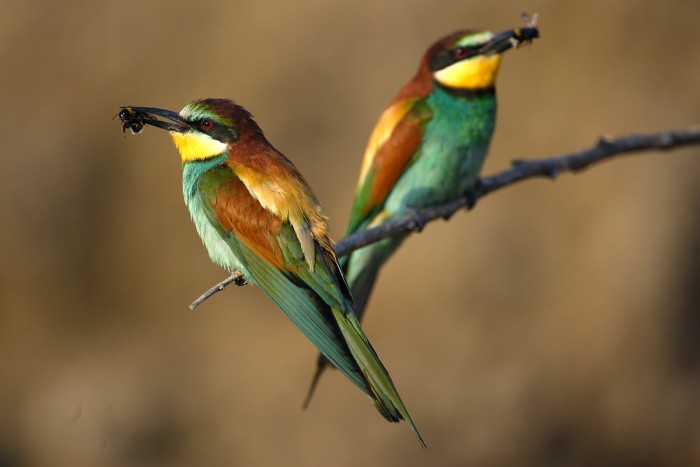 In the peacefully quiet woods, walking along a beautifully maintained trail, it was equally enjoyable to learn the identity of the many plants that typically make up the macchia mediterranea (Mediterranean maquis), the brush that one spots in this part of Maremma, even much further inland. The bushes and trees that thrive here have evolved to survive in high, salty winds, generating small leaves that have less surface. 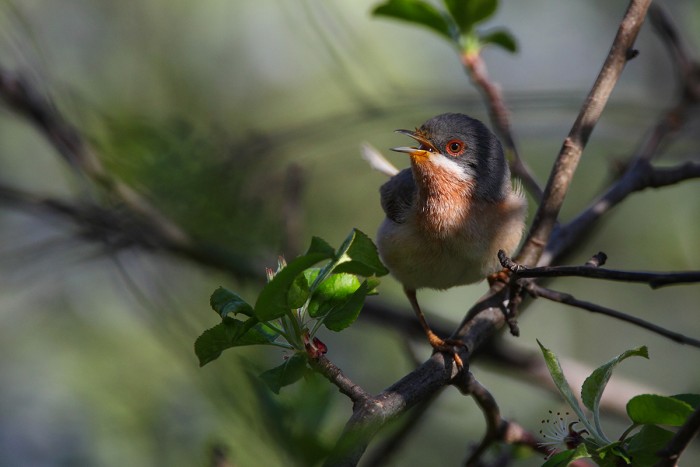 Common examples of this are the lentisco, part of the pistacchio family, and the most fascinating pungitopo (Ruscus aculeatus, known as butcher’s-broom, similar to holly) whose leaves are actually stiff extensions of its stem, and whose flowers and berries grow from the center of these “leaves”. It used to be wrapped around cheese to protect it from mice, hence it’s name, mouse-stinger. 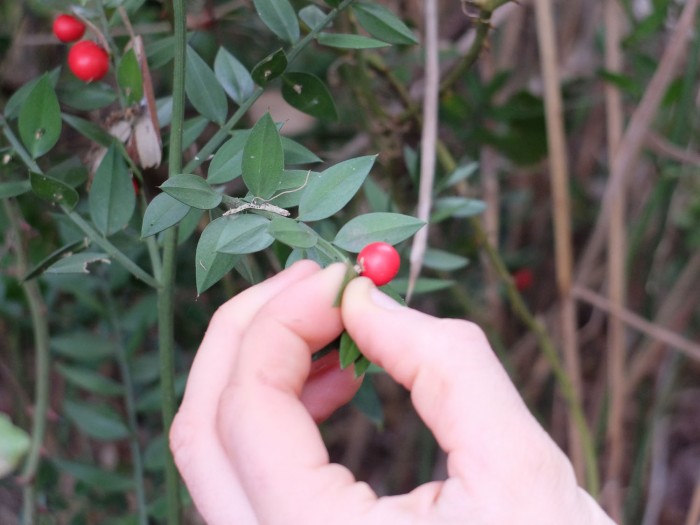 Not far away is the other WWF oasis in the area, the Riserva Naturale Laguna di Orbetello, which is open regularly from September to May on weekends and holidays during daylight hours (other months, evening visits by appointment), and can be visited without a guide (though if there is a tour, I suggest taking it – the amount of knowledge you get is really worth it!). 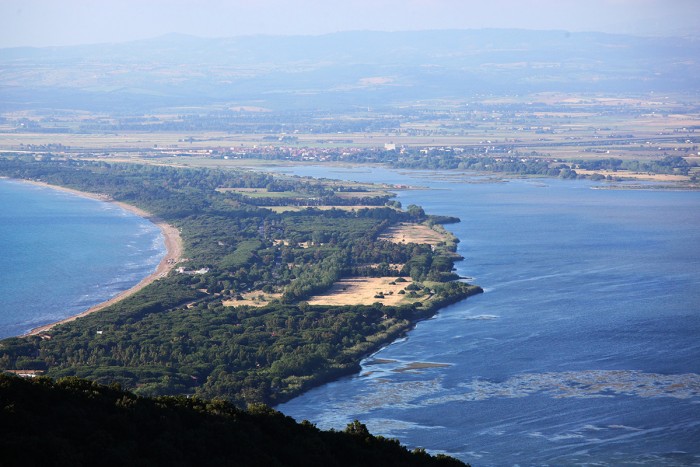 Similarly to Burano, this is a wetland lagoon with three habitats: Mediterranean maquis, coast with sand dunes, and a salty lagoon. The vegetation and bird population here are also similar to Burano, though expect to see some different species as well. For example, this is the only breeding site of the common tern and little tern along the Tyrrahenian coast. You also might spot the odd and graceful cavaliere d’Italia (black-winged stilt) which is the symbol of the WWF Italia oases. Visit this oasis in winter and you’ll see up to 300 species of birds. In the summer, there are a lot of birds, but less variety. 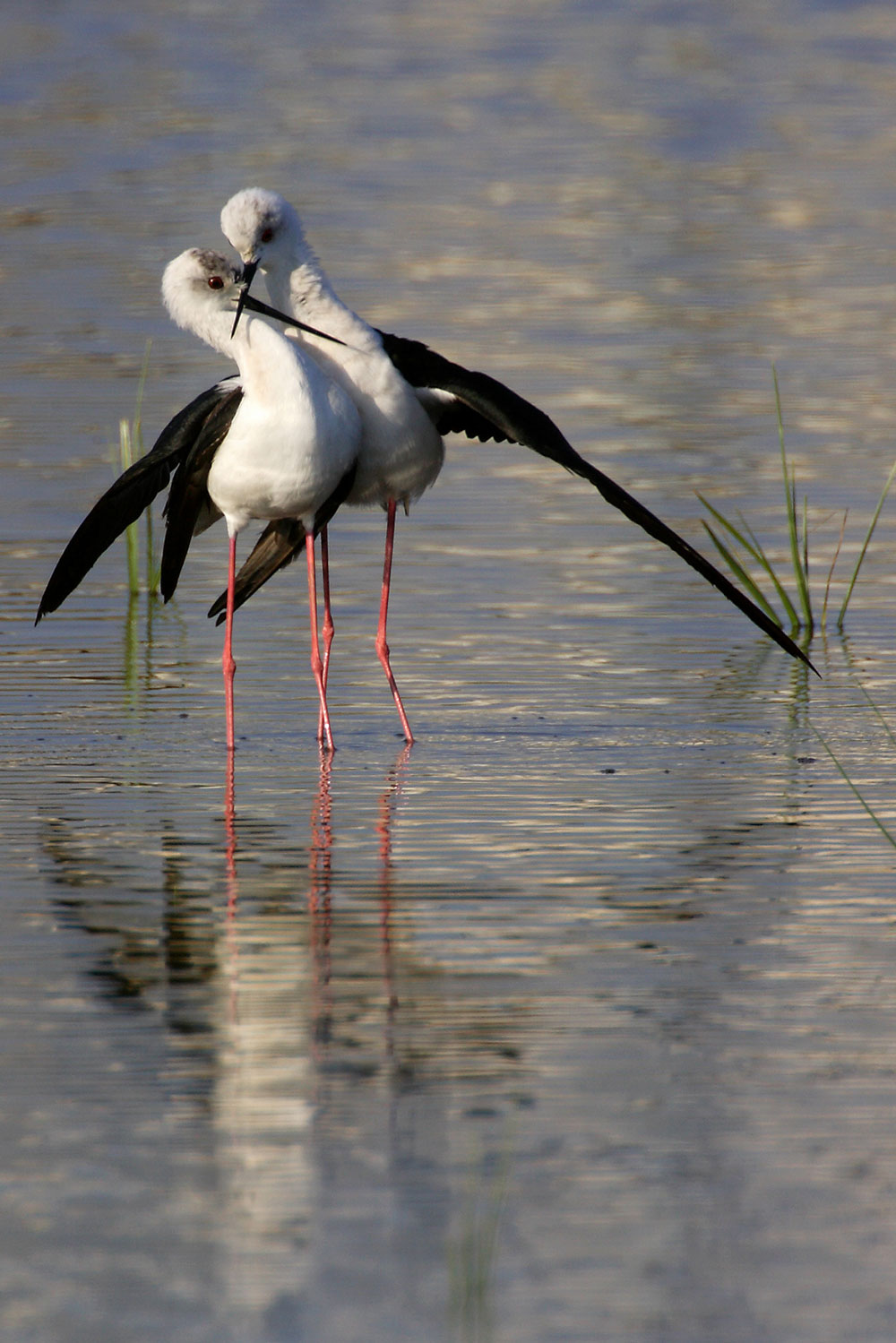 Both parks are involved in a fascinating project to encourage the breeding and release into the wild of the almost-extinct geronticus eremita (Northern Bald ibis), which, if you get to see one, is one of the weirdest looking birds in the world. Extinct 400 years ago, a European project born right here saw human parents successfully breed and migrate the birds. They are equipped with GPS microchips, and they spend their winters in Maremma. (More on this project here.) 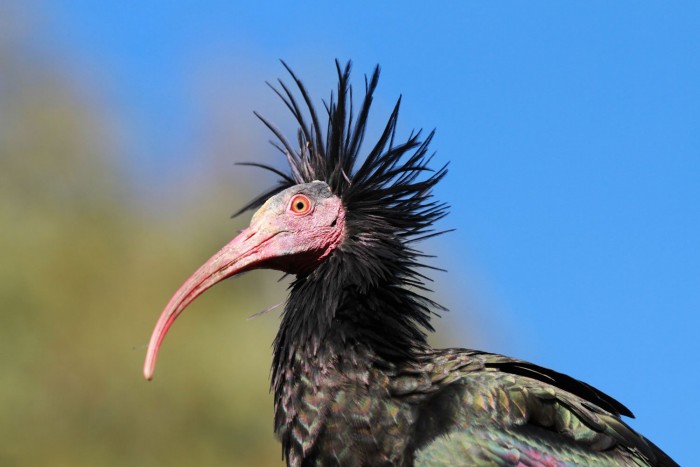 A little higher up in Maremma, near Castiglione della Pescaia, is the Diaccia Botrona reserve and the Museo Multimediale Casa Rossa Ximenes, managed by Musei di Maremma. Open year round, tours of this saline wetlands are done by boat (in the winter, Thursday to Sunday afternoons). 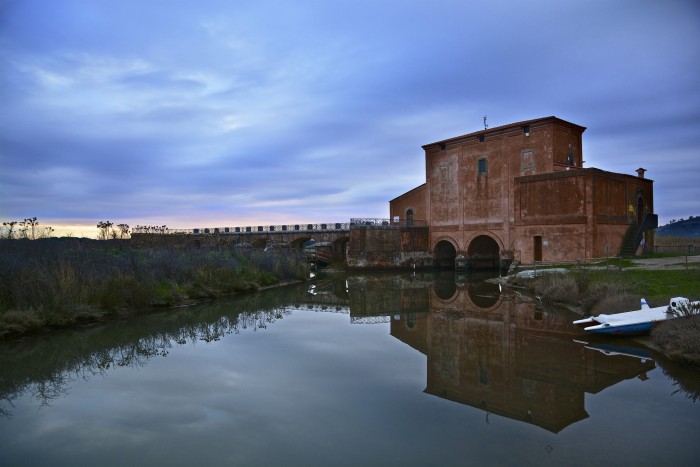 The visit includes a really informative video at the beginning, that traces the history of this area’s geography and shows how this small wetlands used to extend much further inland. All the more important to preserve it now. It was fascinating to learn about the bonification of these lands, something that has always fascinated me about Maremma. 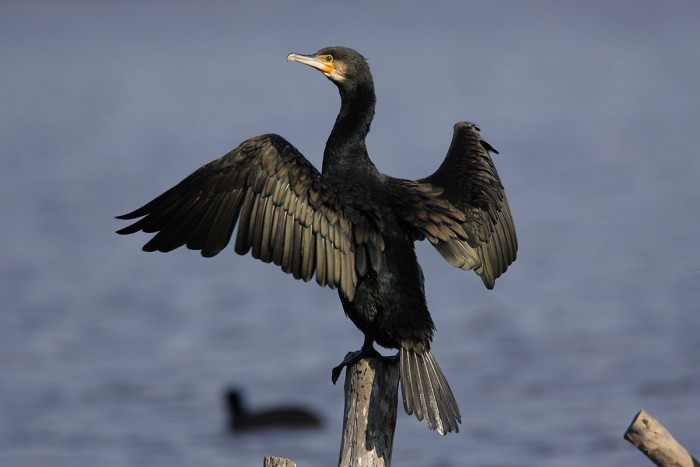 Moving up the coast, my next trip is going to be to the WWF Oasis at Padule di Bolgheri (area well known for its excellent wine – why not combine the two!?). The 350 hectares of pine forests, flooded woodland and ponds represent untouched Tuscany. Housing many of the same birds as we see further south, one can expect also to see larger mammals and reptiles. It’s open Saturday and Sunday mornings from November to April, reservation required. 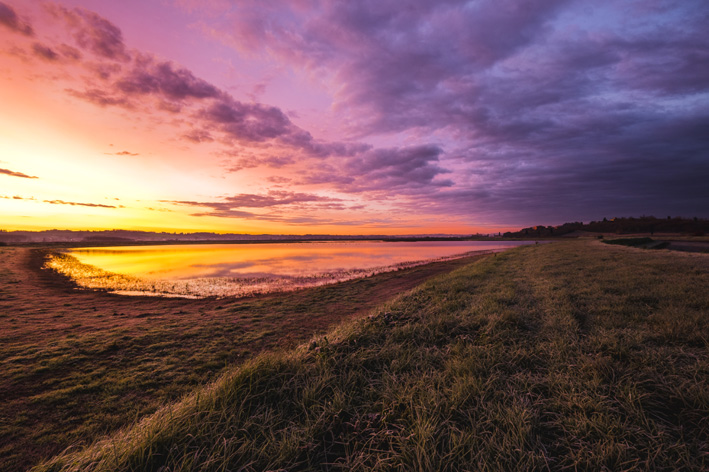 If you’re looking for something closer to Florence, the Padule di Fucecchio are just an hour’s drive away, past Pistoia in the Valdinievole. Visits to this marsh are unquestionably better in the winter as there ought not to be tons of mosquitos. Another preferred migratory area, the Lame di San Rossore (the San Rossore waters) shelter over 10,000 water birds in the winter.

The winter is hardly long enough to visit all these locations and enjoy all the nature and birdwatching Tuscany has to offer!

This February, the Italy Blogging Roundtable is talking about animals! For almost 5 years, this group of Italy loving bloggers shares a theme each month. We’re not always so good at publishing our posts, but do check out the blogs of my friends: