Frankly, before my now-husband took me to Maremma 10 years ago, I’d never thought of Italy as having beaches. I realize that it’s a length of land that sticks out into the sea and so technically has water on three sides, but I’d never taken that into consideration. I came here to study Renaissance art. I came for historic cities. And frankly, I’m not much of a fan of water, sun, or sand. 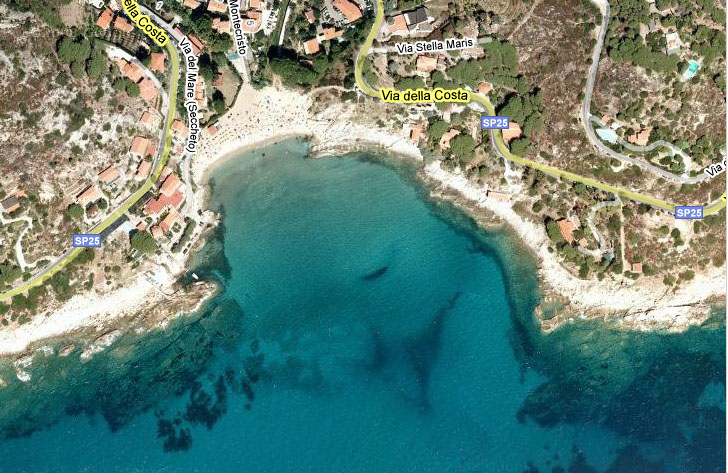 Elba: “our” beach at Seccheto

Well, times have changed, and this year, exhausted from a hard winter at work, we needed a relaxing beach holiday. Preferably inexpensive and easy to get to. Although Elba is a common beach destination for Tuscans, my Florentine husband had never been there (his family tends to go to the beach either at Viareggio or down south in Puglia). We found a cheap mini-apartment for weekly rental, I got over my total fear of boats and booked the ferry, and we packed the car to the gills for our week on Elba. I did not have very high hopes; this trip was not my style and I feared near-mortal boredom. But when I got there I was struck by the relaxing natural beauty of this island, the lush vegetation, the clean water, and the long days with temperate weather.

In typical arttrav style I researched the history of Elba and the cultural or artistic things to see with my trusty Touring Club Italia Guide (mine’s Italian but this one’s a decent english substitute). Basically, the island is very rich in iron deposits, and was used as a mine from Etruscan times onward. The principal port city is in fact called Portoferraio, in which is buried the word ferro, or iron. A Ligurian population lived on the island during the iron age (lucky for them, their island had the most fashionable metal…), then the Etruscans, then the Romans who liked going there for vacations in splendid villas. It passed through various hands during the Medieval and Renaissance periods. Interestingly, the Medici changed the mining system from tunnel to open air. Since the second world war, the island’s economy has moved increasingly towards dependence on tourism.

Elba may be best known for the fact that Napoleon was in exile there from May 3 1814 to February 26 1815. This had an impact on the constructed landscape of Portoferraio, which already was dominated by its Cinquecento fortifications – including a Medicean bastion upon which you can walk, built by Bernardo Buontalenti in 1558 – and late 18th-century structures ordered by Grand Duke Pietro Leopoldo. The National Museum of the Napoleonic Residences can be visited daily in the summer from 9am to 8pm and according to the outdated official website, this will cost you six thousand lire. 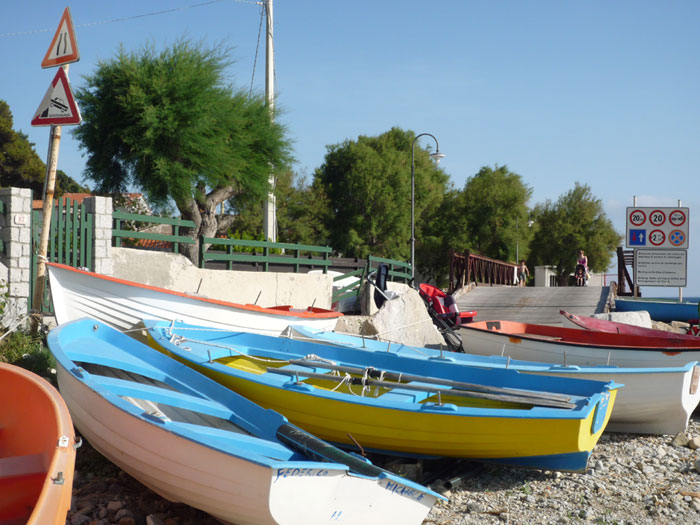 The rocky beach at Pomonte

This research proved entirely useless to me, because once I saw the little beach in front of our rental hut, I didn’t want to leave to go explore the rest of the island. Apparently there is hiking and various sporty activities for those so inclined. We stayed in the very small town of Seccheto, which is between the two more famous beaches of Cavoli and Fetovaia. The town features two restaurants, two hotels, two mini markets, a bakery, pharmacy, and newspaper vendor. The tourist population was mostly northern Italian, and in June it was not too crowded. We did drive around to check out Marina di Campo, a town with more stores and hotels and something of a nightlife, and Pomonte, a really freshing rocky beach at which there is a famous wreck popular with divers. 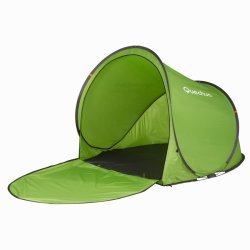 I will definitely return to this beach. The water was crystalline and just cool enough to be hard to get into but wonderful once you’re in. The beach is free and without the services found in Viareggio, but there is a little bar hut that rents umbrellas and lounge chairs for a reasonable price. We brought our own adorable pop-up sun tent from Decathlon that makes you look like a pro as it sets up in two seconds… and then takes two people with higher degrees half an hour to figure out how to close it. After week we could close the thing in a flash and in the end I highly recommend a tent of this sort for fair-skinned people or children (you can get a similar Pop up Beach tent on amazon

). The sound of the waves and the long lazy days were so relaxing that I just read a whole lot of good fiction and became regenerated and healed by the sea air.

PRACTICAL INFORMATION to plan your trip to Elba

There are two ferry lines that take you from Piombino to Portoferraia: Moby which has nicely decorated newer boats, and the slightly cheaper Toremar which we took. It’s an hour’s trip so frankly there’s no point in spending extra money. There is not much shade on deck so bring an umbrella if you don’t mind looking like a dork (that’s what I did). Tickets can be reserved online; you must know the model of your car because you pay by weight/volume. Incidentally they don’t weigh your car when you get on, so you can then load up with beach toys, food, towels and everything else you need without fear!

On that matter: There are large supermarkets in Portoferraio and Marina di Campo. Prices are slightly higher than on the mainland, so if you have a cooler and are staying in a self-catering accomodation, consider buying some food elsewhere and bringing it with you.

There appears to be only one, centralized tourist office for the whole island. We should have stopped there when we were in Portoferraio because all the other ones were unceremoniously closed down despite online informaton to the contrary. This is the official tourism website.

There’s a good introduction to the seven jewels of the Tuscan Archipelago on the official tuscany tourism website, where you can also book lodging online with no booking fee.

Further reading on arttrav: read about Beaches of Tuscany here.