The Ghirarium: How Etruscans stored and ate dormice

Here is a common kitchen appliance from Etruscan and Roman times that has gone the way of the dodo bird… the GHIRARIUM. Etruscan finds in many areas, including in Cortona and Chiusi, have revealed the common presence of a special terracotta pot used for the alimentary raising of dormice, in Italian “ghiri”. 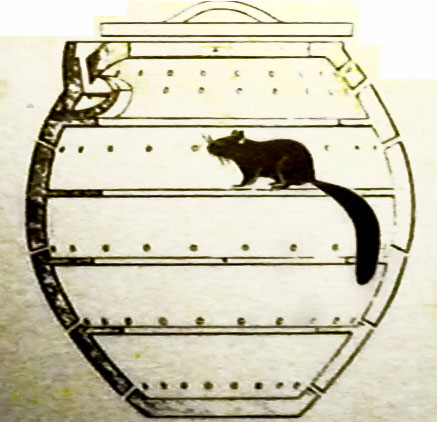 The Ghirarium has shelves built into the sides and airholes for the mice to breathe. They cannot get out of the top due to the shape of the pot, which anyway is covered with a lid. There is an etruscan example on display at the Museo Archaeologico Nazionale di Chiusi (SI) and the reconstruction pictured below at the MAEC in Cortona.

Yes, the adorable sleepy animal was a delicacy, particularly good roasted on a skewer, or stuffed in the oven. The following ancient roman recipe (not quite Etruscan, but likely good enough) for stuffed dormice is courtesy of Bert Christensen’s website: Prepare a stuffing of dormouse meat or pork, pepper, pine nuts, broth, asafoetida, and some garum (substitute anchovy paste.) Stuff the mice and sew them up. Bake them in an oven on a tile (or at 180 degrees for 45 minutes). 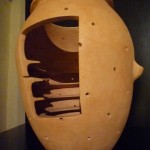 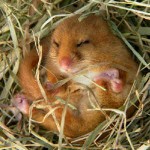