Guests with stars: Michelin chef “exchanges” in Florence and Tuscany

There’s a recent trend of inviting guest Michelin-starred chefs for special menus in brilliant locations. Last year I enjoyed one such occasion with a memorable meal in the cloister of San Marco. This year, there are a few occasions in Florence and Tuscany to sample delicacies and get to know the cuisine of different Michelin-starred chefs from around Italy.

In the Chianti countryside, the Ristorante il Pievano at the 5-star resort Castello di Spaltenna has organized 6 star-studded evenings where their Michelin-starred executive chef Vincenzo Guarino has invited an impressive line-up of colleagues to join him in the kitchen. The dinners will be held in the courtyard, while into the fall season they’ll be located in the restaurant’s rooms decorated with attractive antiques. This could also be an opportunity to explore (or stay at) the 1000-year-old castle, small medieval borgo and monastery. For info see www.spaltenna.it 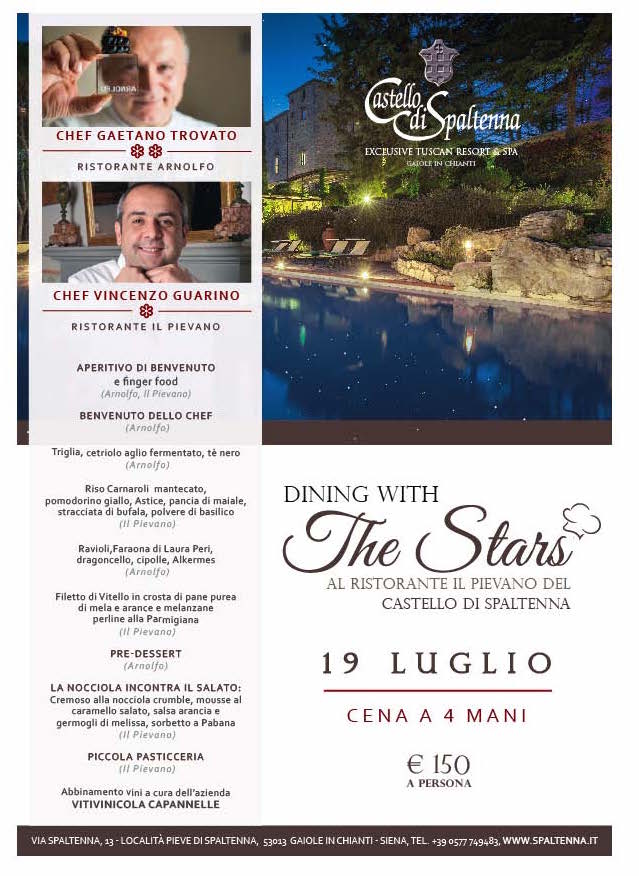 The menu for the first of these dinners 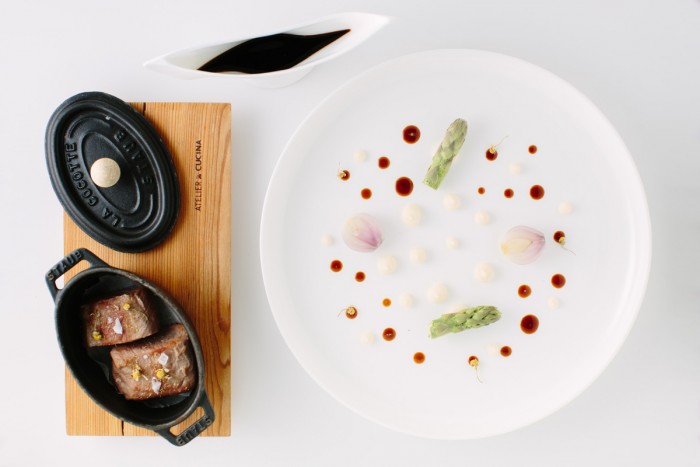 This year the Michelin starred chef Peter Brunel, at Lungarno Collection’s Borgo San Jacopo in Florence, invites the best Italian Chefs and the most renowned wine and food journalists to astound guests with unmissable cooking challenges and exclusive menus in the second edition of Spoon. Each evening begins with a welcome aperitivo in their lounge, followed by a divine 5-course meal and followed up with the creations of pastry chef Loretta Fanella. (Click for info)

24 Relais & Châteaux properties and restaurants in Italy propose exchanges amongst their chefs in 2016, in some of the most beautiful resorts in the world. The meals, with menus that showcase both chef’s specialties, are usually 5 courses with aperitivo and dessert and include drinks. 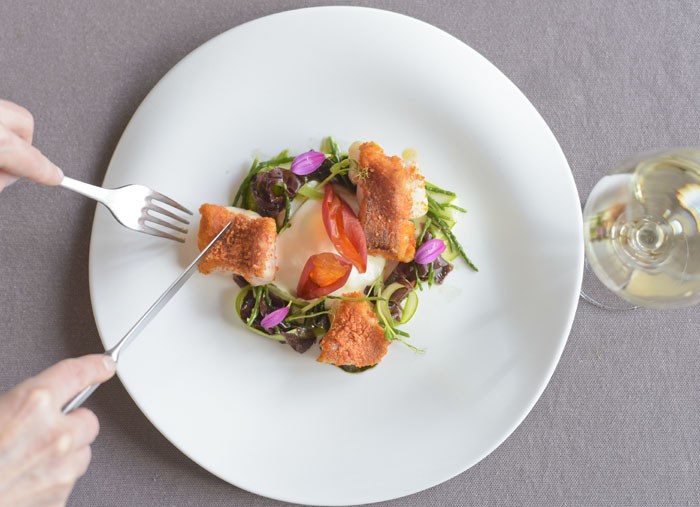