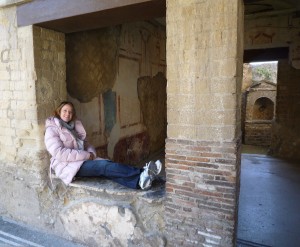 Off a courtyard into a bedroom in one of the Roman houses. That’s me looking thin and lovely.

I was searching through some photos from field trips that I led for UGA in 2008 in a bout of nostalgia brought on by an upcoming visit from my friends Roy and Terry who were my colleagues that Fall. At the end of term we took students to the Bay of Naples and there was the optional day trip to Pompeii which, for once, I did not have to lead.

I don’t recall who it was came up with the idea, maybe it was I, but anyway we decided to “skip Pompeii, go to Herculaneum“. We’d all been to Pompeii before and my memories of that archaeological area tend to be associated with heat and dust. Don’t get me wrong, it’s an incredible place that you should go see at some point, but it’s really big and extended, and to find the works of greatest impact and colour, you have to walk for miles. Herculaneum is more compact and more bang for your buck (the same entrance price, by the way) with its numerous intact frescoes, mosaics, and two-storey structures. It is also much less crowded. Roy, Terry, and I had a magical day feeling like we’d discovered the place ourselves. 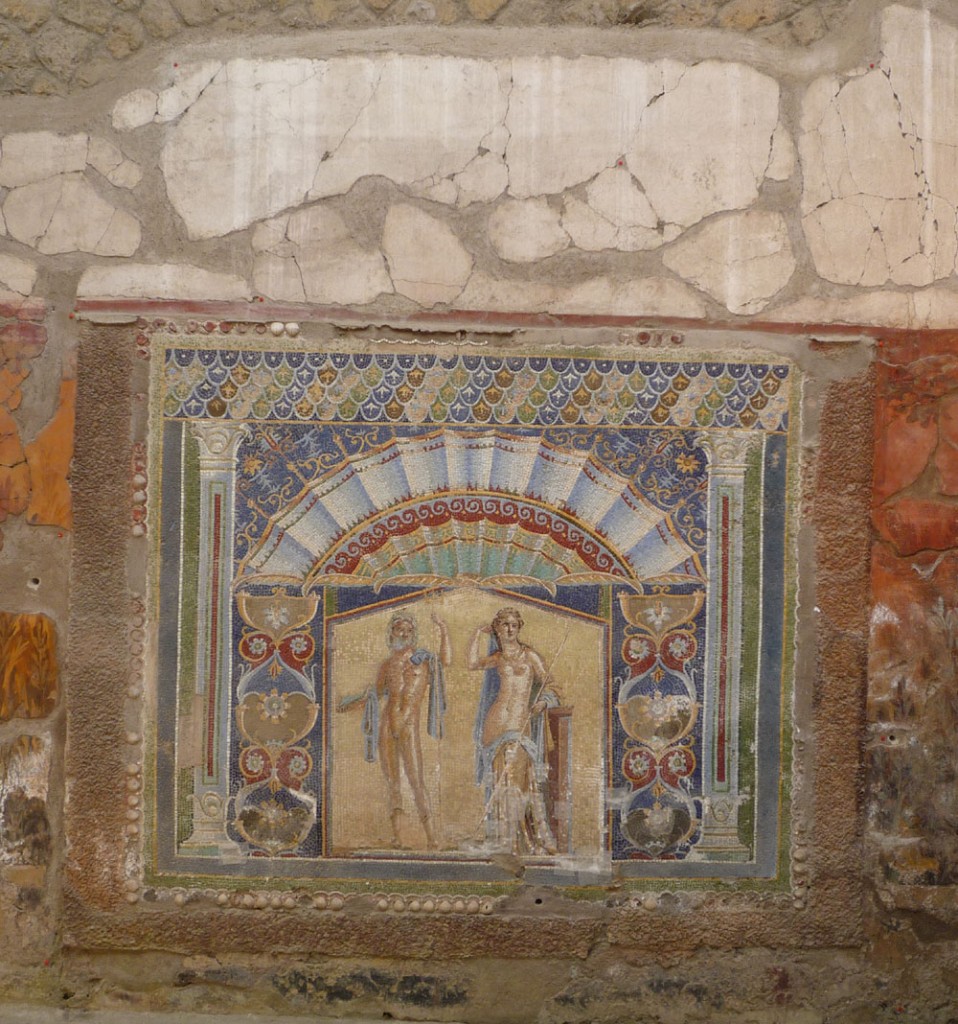 Excavations of this site began in the mid 18th century and what we now see is only the part of the inhabitation that extends inland from the sea; the forum and other areas are underneath the modern town. Like Pompeii, Herculaneum was destroyed with the eruption of Vesuvius in the year 79. In the 1980s, archaeologists discovered hundreds of skeletons of people who, during the eruptions, attempted to flee the city in boats containing all their precious belongings. 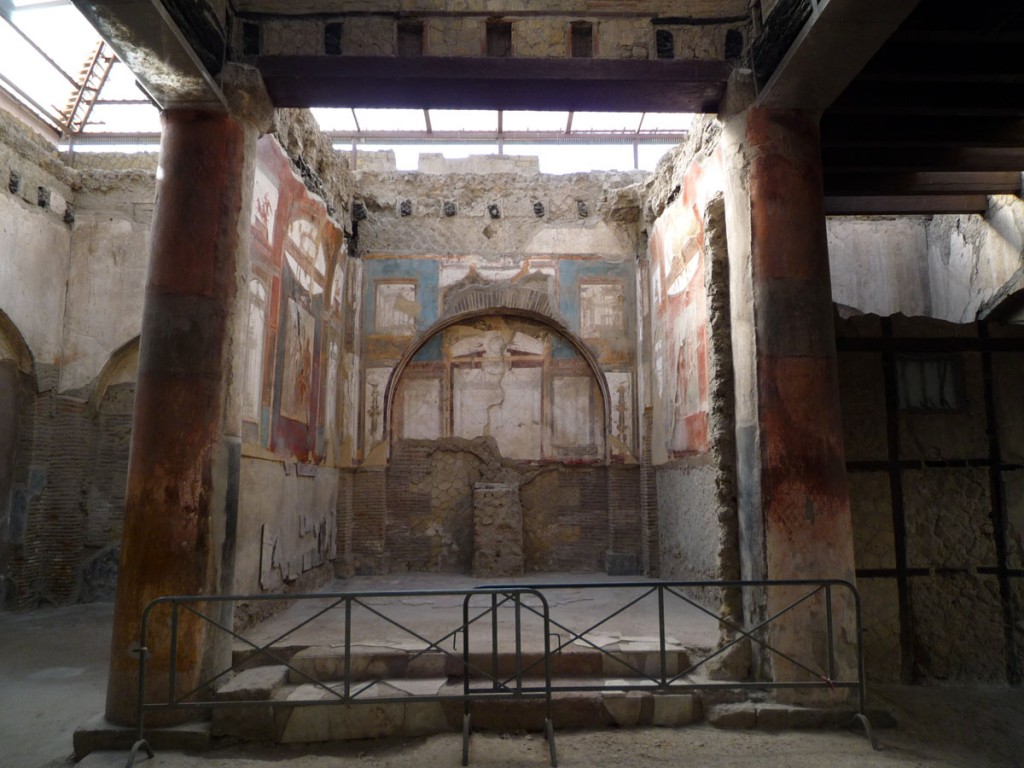 Herculaneum is unique because there are preserved wood, papyrus, and other organic materials; as well, unlike Pompeii, the weight of the ash seems not to have caused all the buildings to collapse, so there are two-story buildings with wooden second floors. If you also read my other blog, Tuscany Arts, you know that the Etruscans, too, built houses with wooden second floors, but Herculaneum gives us a unique opportunity to see this actually preserved.

Although I’ve read up on everything I can, I’m not an expert on Roman archaeology so I’ll leave you with this photo gallery of our visit to Herculaneum and the links below to help you should you wish to read more about it and plan your own trip to see it in person!

There is a wonderful online virtual tour chock full of restoration information at www.herculaneum.org.

This site AD79 Eruption has detailed information about the history of the site and what can be seen now, as well as an impressive annexed blog by what appears to be a large panel of experts.