Italy From Above: A Satellite View by @Squareofitaly

What does the impact of mankind look like when you get far enough above the Earth to remove all signs of human habitation except the permanent ones? One sometimes discovers interesting things on Instagram – one account I’ve recently found and enjoyed is @SquareofItaly. Brainchild of Ottavio Rusalen, a 25 year old from northern Italy, the account features savvily selected, beautiful satellite images of Italy. I asked him if he’d be willing to share a few reflections here in an interview. 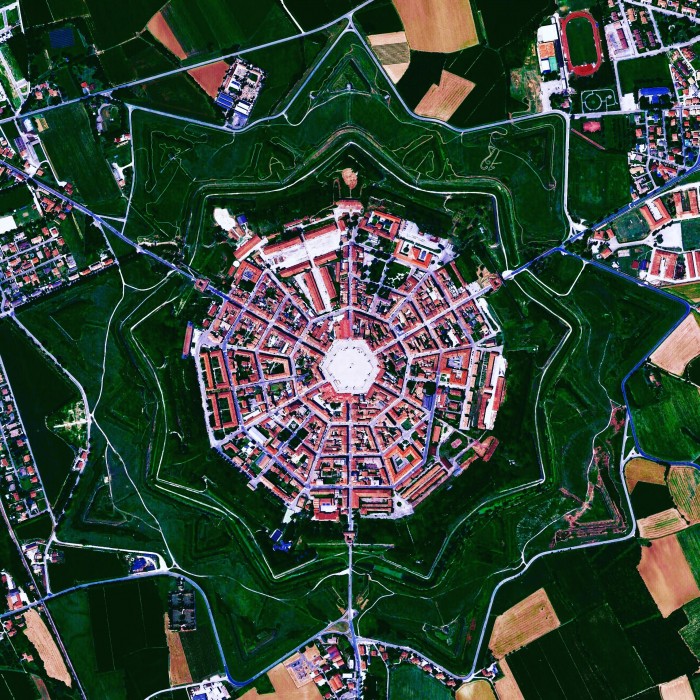 My name is Ottavio Rusalen and I am from Gorgo al Monticano (a small town in the province of Treviso), I’m 25 years old and I work in a marketing and communications agency.

Hey so do I! You also spend your spare time on Instagram despite doing it for work… Do tell us, what is @squareofitaly?

Square Of Italy is the first (and only) project dedicated to observing Italy from satellite level. I refer to it as a project because it’s not just an Instagram account – I hope to develop it into a book, a traveling exhibition in Italy, and a blog to develop some of the themes that come out of observing landscapes that we can see from high above. 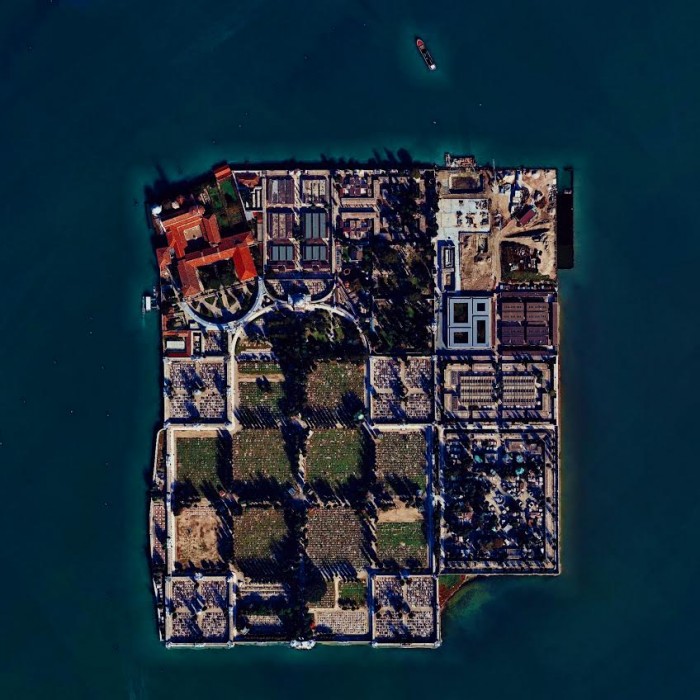 The island of San Michele in Venice | Landsat

So what is the goal of this project?

The project’s goal is to discover Italy from a totally different point of view compared to that presented by many of the self-defined photographers on Instagram. Beyond this, I hope to sensitize viewers about the impact that humankind has on the environment and on what is around us, as well as to admire the beauty of the Italian landscape and generate respect for it and for the great gift that this nature gives us. 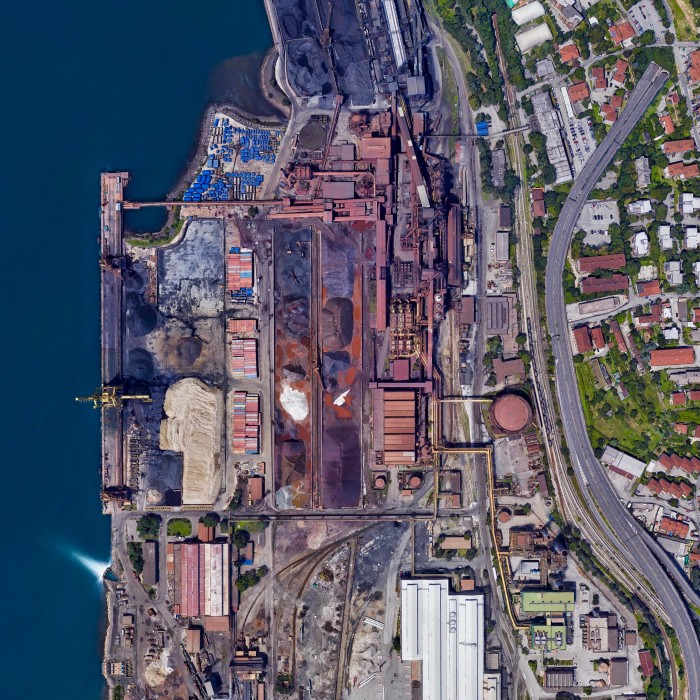 The Ferriera di Servola, near Trieste, is the only producer of cast iron in Italy | Digital Globe

How do you source your images? What tools do you use? Do you do any editing?

Well I can’t give away all my secrets! Let’s say that if you read the captions you can figure out how I get them… My research begins simply by “traveling” around Google Maps, though I also use blogs or newspapers since some images are connected to news items. I do a tiny bit of editing just to make the image usable online, but nothing invasive – it has to be as natural as possible. 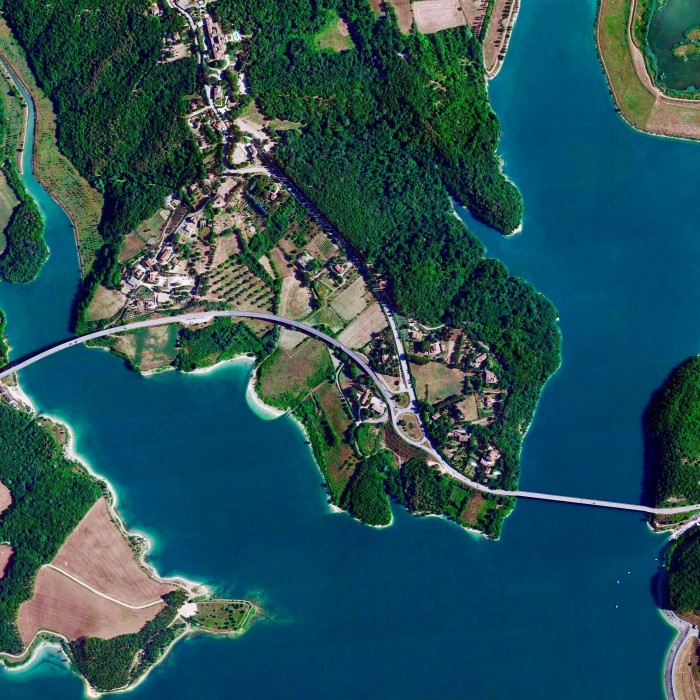 The project has been very successful on Instagram. In a world prepared for images #fromabove through the diffusion of drones, how are your satellite images different?

I think that the Instagram page is appreciated because it’s a different theme than what you usually see. It’s true that they are “from above” pictures, but the aspect that unites all of them is that they have been “taken” from satellites. Another secret to its success, I think, is that the images are primarily of Italy (though I occasionally feature other places in the categories #squareofworld and #squareofeurope); there are no other pages of which I know that focus on Italy in this way. 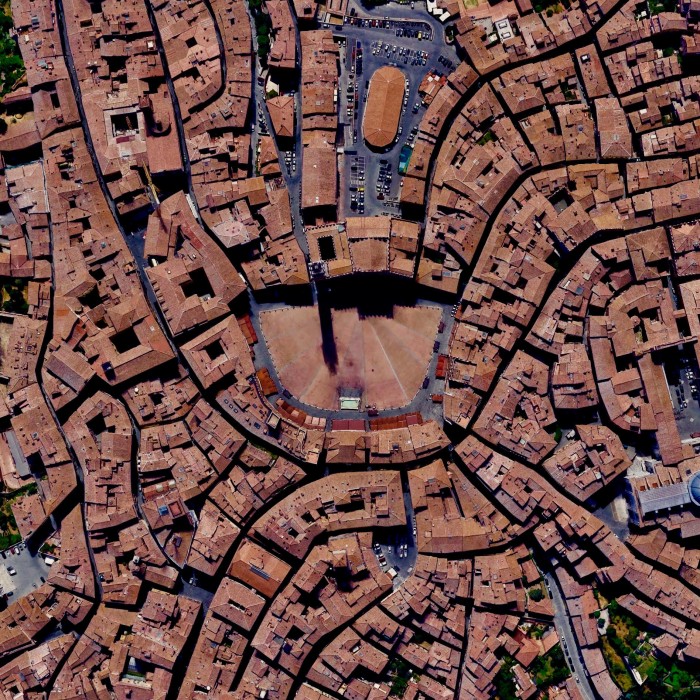 Siena from above | Landsat

Tell us about the images of Italian cities you have found.

No doubt that what hits me the most is the geometry of so many Italian cities. I never stop wondering at the perfect lines with which some areas are drawn. 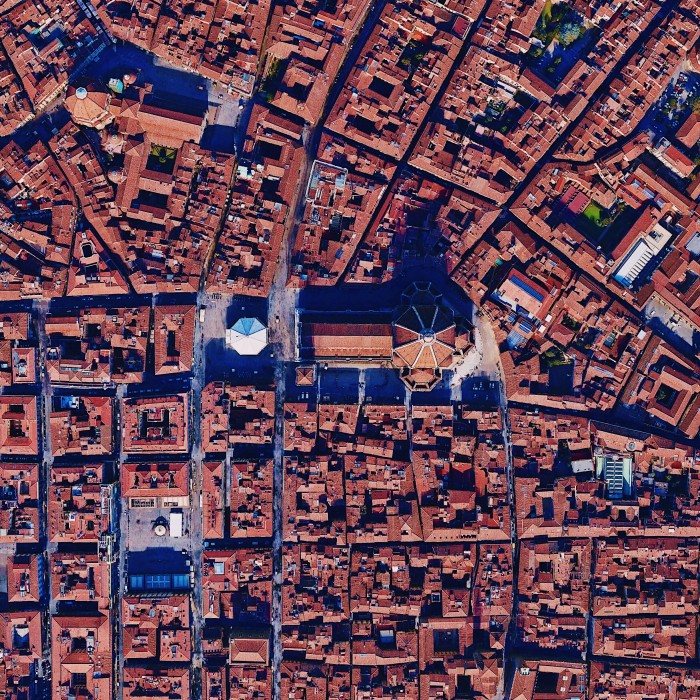 But you don’t only focus on cities… What about natural sites?

The natural areas are a bit harder to source for this project because often it’s hard to find a shape in them. But in Italy there are plenty of natural areas that seem to have been drawn with a ruler! 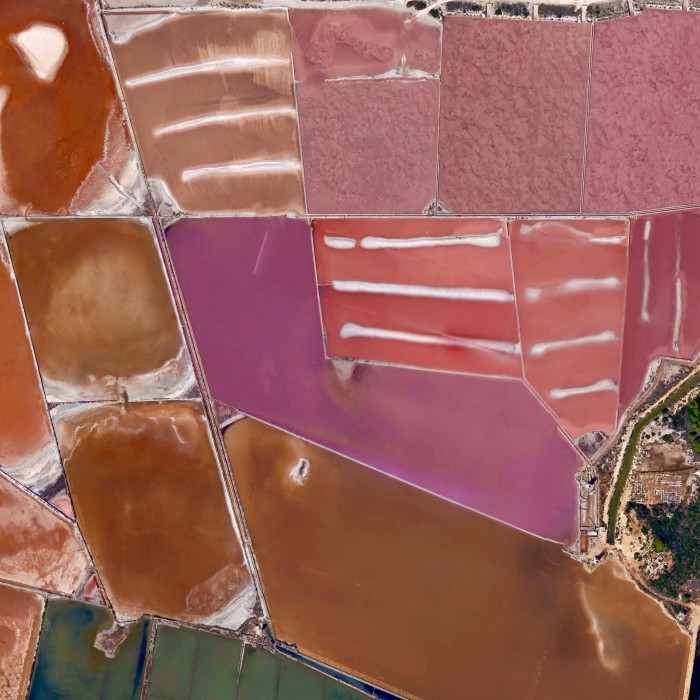 You also look beyond Italy to some fascinating places in the rest of the world – I was amazed by the golden ratio worked into the planning of a residential area near the port of Alkmaar! What differences have you observed comparing Italy to other places in the world?

Often the difference comes simply from the age of the places we’re looking at. Many Italian centers appear more “messy” from above because they were built ages ago, when urbanism didn’t impose straight lines [editors’ note: or didn’t exist at all], while in the new world you can see much greater study of spaces and shapes in urbanistic projects. 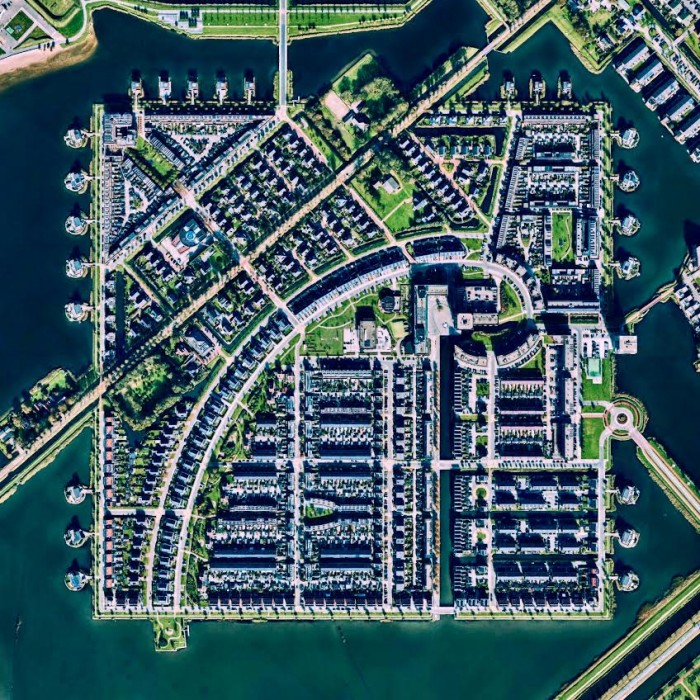