5 things not to miss in Rome

In this guest post, Steve Brenner suggests a slow approach to travel: even if you have only a weekend in Rome, or a few days, there are some things he thinks you should not miss to experience Rome like a local (or as close as possible to one)… and of these five things, only one is a museum! 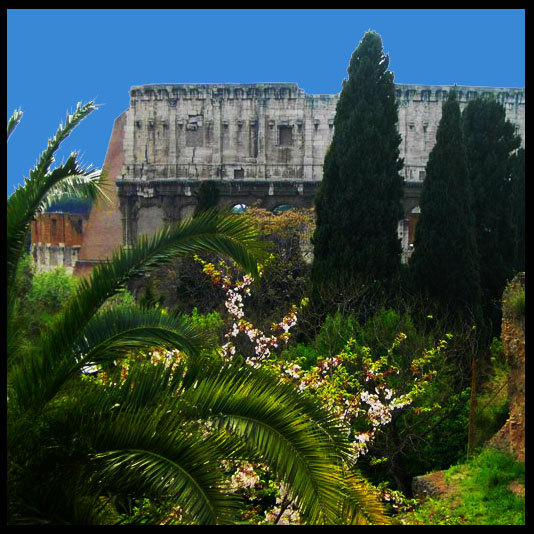 I’m a big advocate of the Slow Travel and Slow Food movement. If you’re not familiar with it, the basic idea is that the modern world is attracted, and addicted, to things in fast forward, and one has to make a conscious effort to go against that tendency and slow down – not because doing things slowly is necessarily better, but because some things require more time to do them properly. When you speed it up, you ruin it. For example, to make a good zuppa di fagioli (bean soup), you need at least a few hours, and you should have soaked the beans the night before. If you speed that up, you’re going to be eating some nasty, crunchy beans.

How do you reconcile this when you only have 2-3 days? Well, It’s not easy. There is some major stuff to see without creating serious guilt – nobody wants to admit that they came to Rome and didn’t go to the Vatican. And yet, the Vatican is a big commitment and frankly, it’s not much fun [editor’s note: arttrav knows how to have fun in the Vatican, it’s a matter of perspective…]. I’m not suggesting you cross it off your list (actually, I am), but I’m going to make some suggestions of things you need to fit in to your short stay, beyond all the churches and museums and archeological ruins. If you miss some of the major sites, that’s fine. You will have experienced what Rome is about, what it has to offer, and what it feels like.

1) In the evening, go into the center and get a gelato and go for a stroll.  There’s San Crispino, a famous gelateria near the Trevi Fountain that’s worth starting at. Take the A line subway to Spagna and walk from there. Get your gelato, pass by the fountain, throw in your coin to ensure a trip back, and then head over to the Pantheon for a prosecco (Venetian champagne) in the piazza. Or just stroll without a destination. Get lost in the labyrinthine streets of the center.

2) Go to the Borghese Gallery

Probably the best collection of art EVER – and managed in the most painless way imaginable. Since you’ve booked ahead there’s no lines and you can only stay 2 hours, which is right when museum fatigue kicks in anyway*. Get the audio guide – it’s well worth it and you’ll get so much more out of the experience – you’ll actually appreciate Bernini and Caravaggio. Afterwards, get one of those big buggy-bikes and ride around the Villa Borghese. Look at the view of the city from the Pincio and sit in the cafe near the lake and have a coffee. [*note that this is the opinion of the guest poster, not of arttrav, who got kicked out of the Borghese trying to stay beyond the time allotted, 2 hours is nowhere near enough, and museum fatigue is a myth.]

3) When going to the Colisseum, head there by way of the Colle Oppio park which was built out of the remains of Trajan’s bathhouses and over Nero’s “Golden House”. Stop for a Campari and soda, or an Aperol (orange flavored aperitif) at the cafe in the park. It’s a great way to first see the Colisseum.

4) Go to Testaccio, an overlooked, blue-collar neighborhood of Rome near the Tiber river, across from Trastevere. 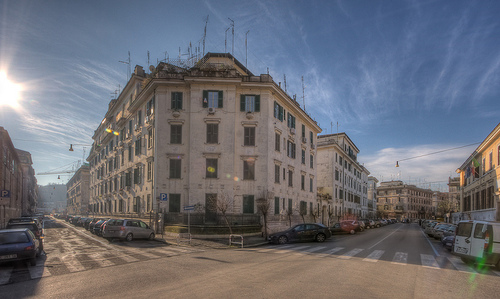 In ancient times, this was the main trade neighborhood for goods coming and going into Rome, and takes its name from Monte Testaccio, a man-made “mountain” created from broken pieces of discarded terra cotta pottery. Take a stroll through the market, or visit the Città dell’Altra Economia, a sort of haven of all things organic (bio) in what was once the city’s slaughterhouse. Eat at Pizzeria at Da Remo, an inexpensive, a quintessential neighborhood pizzeria experience.

5) Stay in an apartment and cook something for yourself. The markets in Rome are amazing. The mercati rionali are neighborhood ones. Head to Piazza Vittorio for the cheap, gritty, good stuff if you’re near Termini, or there’s the market in Testaccio which is also the real deal. Or get some fresh mozzarella, olives and bread and make a picnic to have in a park – there’s the Villa Torlonia, the Vila Ada, the Villa Borghese, and the Villa Celimontana. In the summer, these parks often have open air cinemas and music. You can see some food shopping advice here from some kids (mine) who are particularly “in-the-know”.

Also, prepare to come back. If you threw your coin in the Trevi Fountain, this is a guarantee anyway. The Vatican will still be there. You can always hit it on the second or third trip. 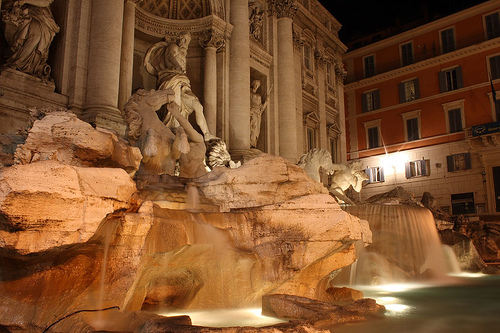 Steve Brenner and his wife Linda Martinez moved to Rome with the dream of opening an eco-friendly, budget hotel called The Beehive. They also own Cross-pollinate, a vacation rental service for apartment rentals and B&Bs around Europe. They currently live in Orvieto, a medieval hill-town in Umbria, an hour north of Rome.