From Bauhaus to Futurism, Berlin is heaven for lovers of modernist architecture. Natalie Holmes, Context Travel’s regional manager for Central Europe and a freelance writer who focuses on art and architecture as well as sustainable travel, takes us on this virtual tour of 20th century architecture in Berlin. She can also take you on a real tour should you be headed to Berlin soon! 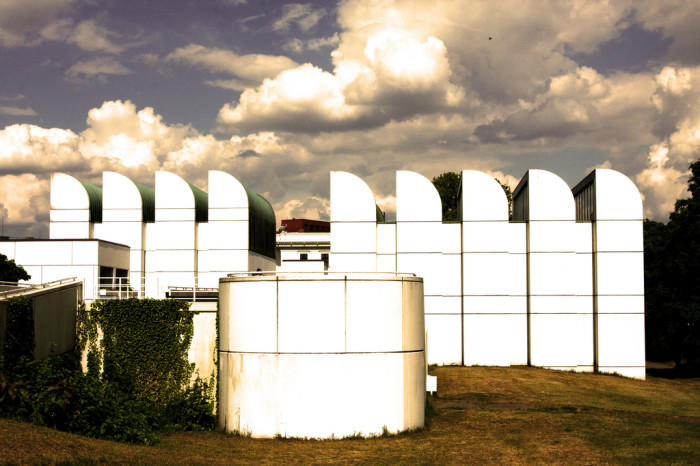 Founded by architect Walter Gropius in 1919, the Bauhaus School went on to establish itself as a design movement whose legacy can still be felt today. The Bauhaus philosophy is multifaceted, but basically sought to democratize design by placing function before form, creating unfussy products that would be available, and useful, to the general public ‒ a reaction to the gaudy luxury lifestyle items that were de rigeur at the time. The School started out in the central German city of Weimar, before moving to Dessau in 1925 and then onto Berlin in 1932. The Nazis came to power in 1933, and as Bauhaus was classified by Hitler as “degenerate art,” the Berlin school was promptly shut down, never to re-emerge. Berlin’s Bauhaus Archive was designed by Gropius himself (a late work), and holds a permanent collection of art pieces, items, documents and literature relating to the eponymous movement, as well as a roster of temporary exhibitions showcasing the work of Bauhaus artists across all manner of media. 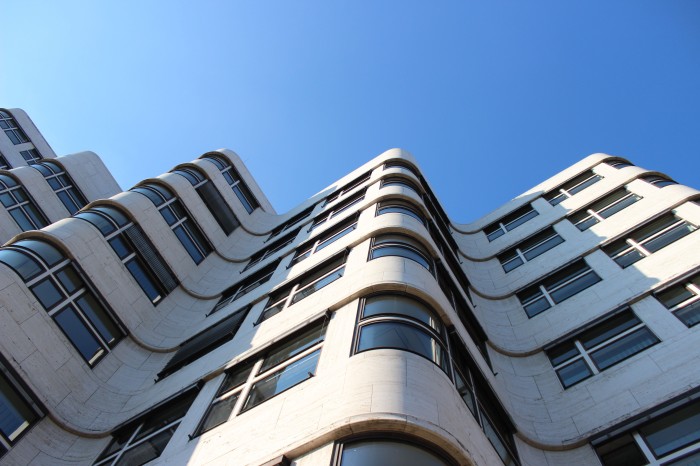 Overlooking the Landwehr Canal, Shell-Haus is a striking structure designed by Emil Fahrenkamp and finished in 1932, after the architect won a competition to design the new headquarters for the eponymous oil company. Shell-Haus is one of Berlin’s first steel-framed high-rise buildings and is widely regarded as one of the most influential office block designs of its era. The distinctive wave-like facade is a typical example of New Objectivity, a German architectural movement of the 1920s and ‘30s that took cues from the Bauhaus School, working towards a more practical engagement with the world. 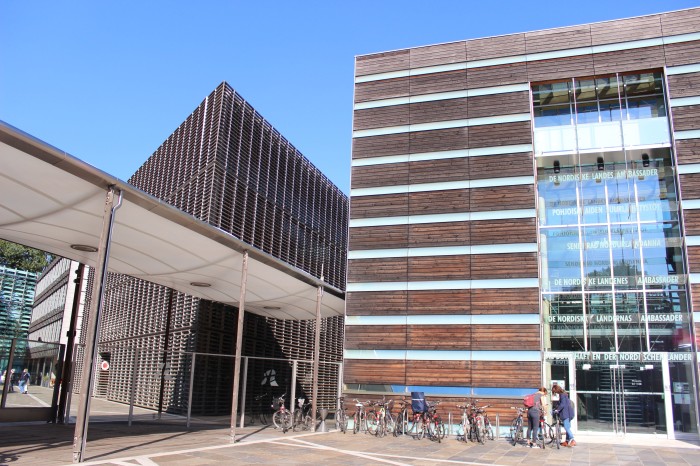 At the end of the Cold War, a formerly divided country became one, and Berlin was chosen to become the capital of a new, unified Germany. This effectively meant that an entirely new diplomatic quarter needed to be built, and indeed, the process that began in 1990 continues to this day, as nation states seek to assert their identity through architecture. The Nordic Embassies building is a prime example, with five scandinavian countries (Denmark, Finland, Iceland, Norway and Sweden) sharing one complex in a groundbreaking spirit of post-modern egalitarianism that clearly extends to the spatial design. 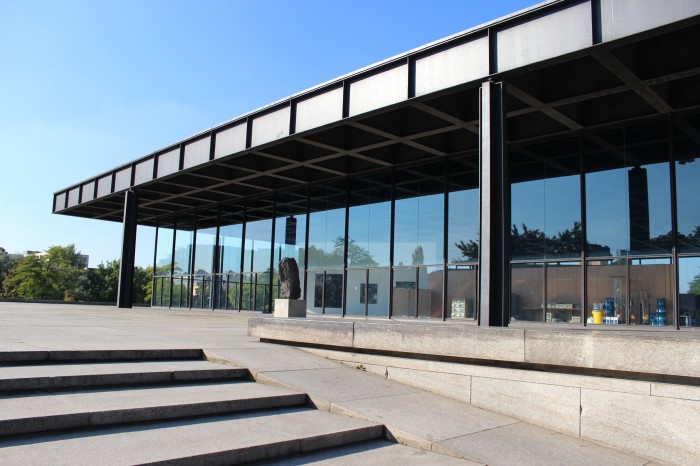 The Kulturforum is a series of cultural buildings developed in the 1950s and 1960s. It operated as a Western counterpoint to Museum Island in the East, as a deliberate display of cultural achievement through architecture. The site is home to both pure modernist forms and the more organic designs of Scharoun, epitomising some of the different ways 20th century architecture evolved. A highlight of the area is the extraordinary Neue Nationalgalerie, designed by ex-Bauhaus director Mies van der Rohe, after the commission was given to him as a present from the West Berlin authorities on his 70th birthday. 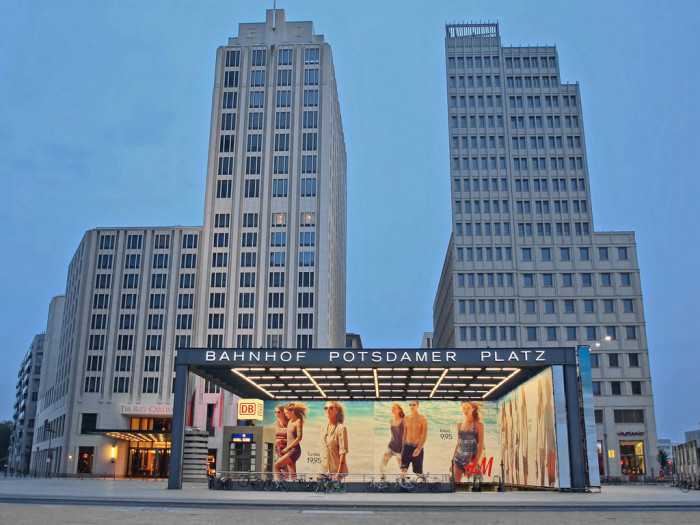 Potsdamer Platz was once the busiest square in Europe. Today the square is a showcase for the new Berlin, complete with modern skyscrapers and plush hotels. Potsdamer Platz is home to the giant Sony Centre, a Hollywood-style walk of fame detailing German film stars, and a restored memorial to socialist martyr Karl Liebknecht. The site is rich in modern history, having changed dramatically throughout the twentieth century: in 1920s it was the centre of Berlin nightlife (and modernity in general), before going on to become an important hub for the German film industry. Then, during the Nazi era, it figured in the plans of Hitler’s architect Albert Speer for rebuilding Berlin, before being devastated during WWII and going on to acquire status as ‘a death strip’ during the Cold War. More recently, debates have raged over the new, reinvented Potsdamer Platz; both in terms of aesthetics and whether the values it represents really do reflect the complexity of modern-day Berlin.

If you’d like to explore Berlin’s 20th century architecture in the company of a local expert, join Natalie in Context Travel’s brand new walking seminar, From Bauhaus to Futurism.

A native English freelance journalist and editor living in Berlin, Natalie Holmes writes about a range of topics, including (but not limited to) art and culture, architecture, literature, sustainability, responsible travel, and science-art crossover events.