Archaeology in the garden – a unique museum experience in Florence

As you walk down the streets of Florence, you’ll occasionally peek through a gate or doorway and see some of the city’s hidden gardens. The large green space behind a fence on via della Colonna, across the street from the side of the Ospedale degli Innocenti, belongs to Florence’s Archaeology Museum, whose ancient sculpture collection I wrote about recently. This is not just your average attractive shrubbery: the garden is an integral part of the museum’s collection history. Created at a time in which it was considered acceptable to move artworks from their original locations, the “archaeology garden” contains transported Etruscan tombs from around Tuscany, making for a unique and immersive art experience. 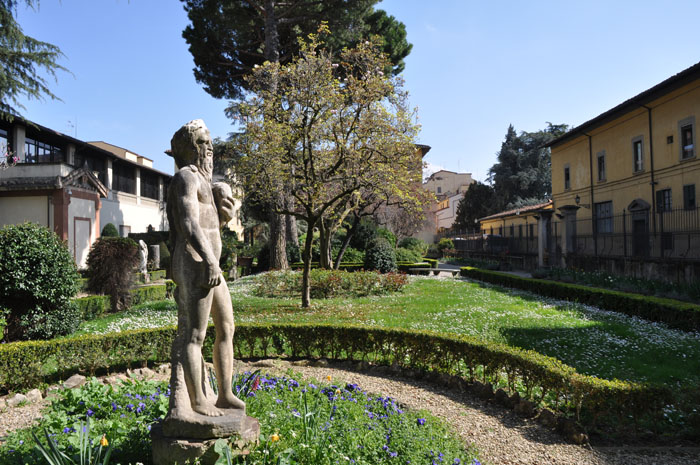 In 1892, Luigi Adriano Milani, then director of Florence’s newly formed archaeological museum, wrote a letter to the government outlining his plans for the garden at Palazzo della Crocetta, a rectangular space across the street from the extended side of the Ospedale degli Innocenti. This area had been made into a garden already in the mid 18th century, when it received its regular English garden style beds from Boboli’s gardener, Francesco Romoli. But Milani’s plans now were to use this space as an open air museum, both for antique sculpture and for transported architecture. 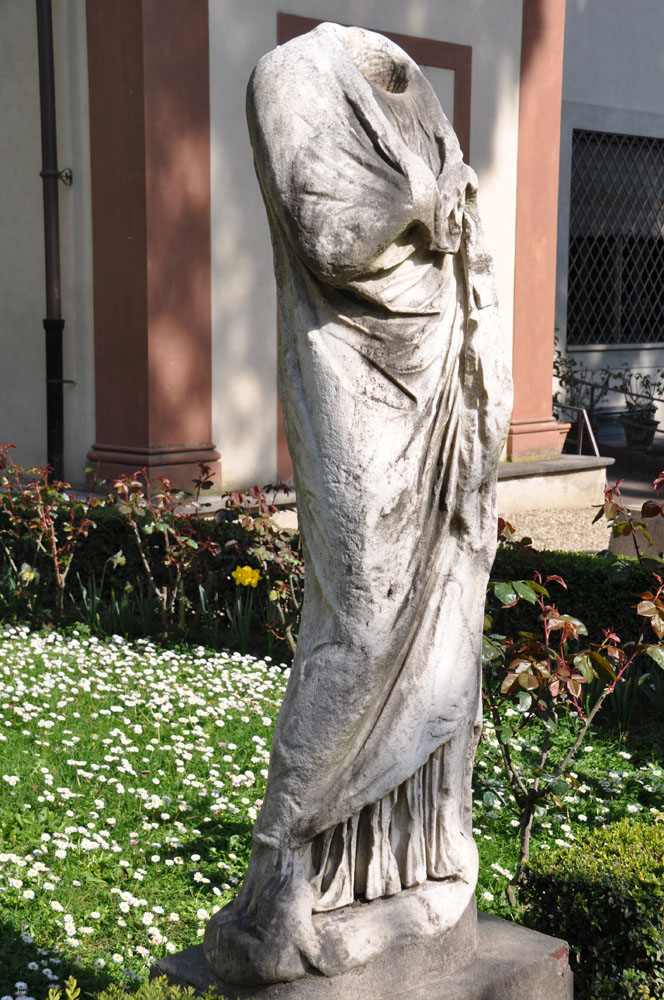 The idea was to dismount certain Etruscan tombs found in remote areas of the Tuscan countryside and transport them to Florence, to this garden, where they could be admired by gentleman scholars. The criteria with which tombs were chosen was mainly if they were in areas that could not be sufficiently monitored or guarded (like the Maremma, then full of cowboys and theifs). Another factor certainly was diversity, since Milani wished to represent the different types tombs that the Etruscans built. Mlani’s architect carefully numbered stones and kept good track of things as he dismounted massive sites and rebuilt them in Florence, respecting Etruscan building techniques (with minimal insertion of modern materials). His plan was widely applauded by European scholars. 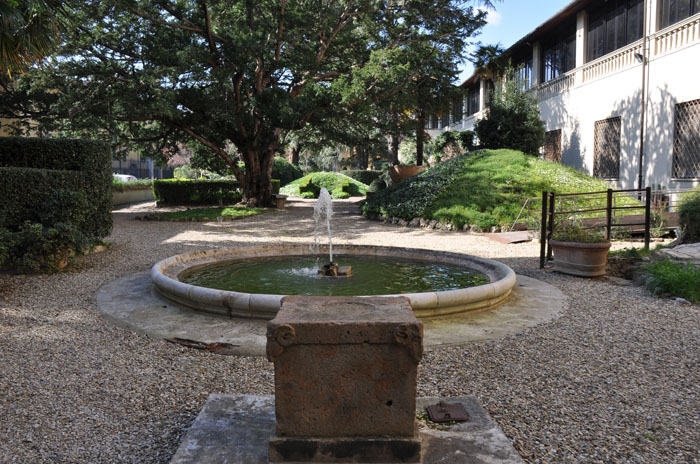 In the garden, you’ll see and get to peek into the principle types of Etruscan tombs, which my guide explains to me are many, but seem to me to be primarily: camera (room), dado (dice), tumolo (mounds) and pozzetto (well). In the photos you’ll see some examples. 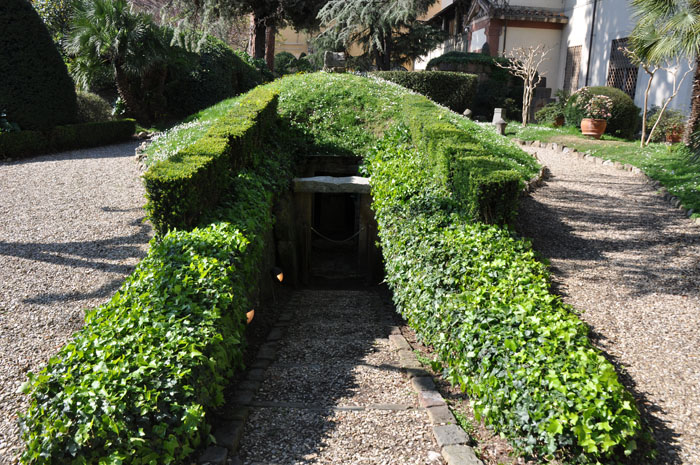 Tumulus tomb, if I’m not mistaken :) 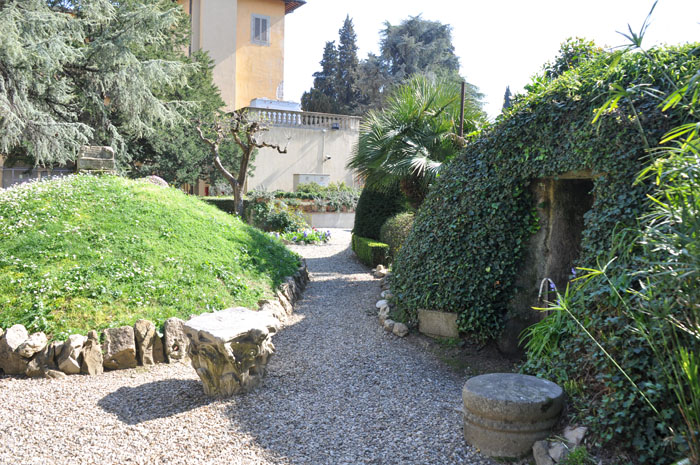 Entrance and back of two tombs 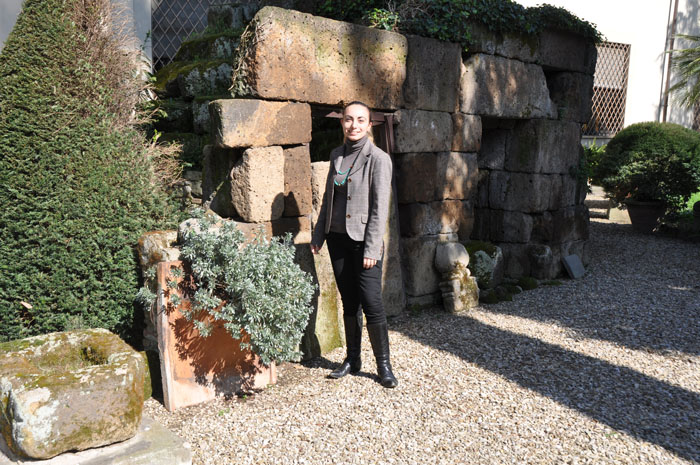 The most exciting tomb is the Tomba Inghirami from Volterra, which actually is not transported architecture but reconstructed ex novo, since the actual tomb was built into the rock. However, you can enter this dark space and you’re faced with the original carved urns that were discovered in the tomb! They are of incredibly high quality and it’s hard to believe that they are basically stored in a hole in a garden.

Inside the Inghirami tomb – original urns 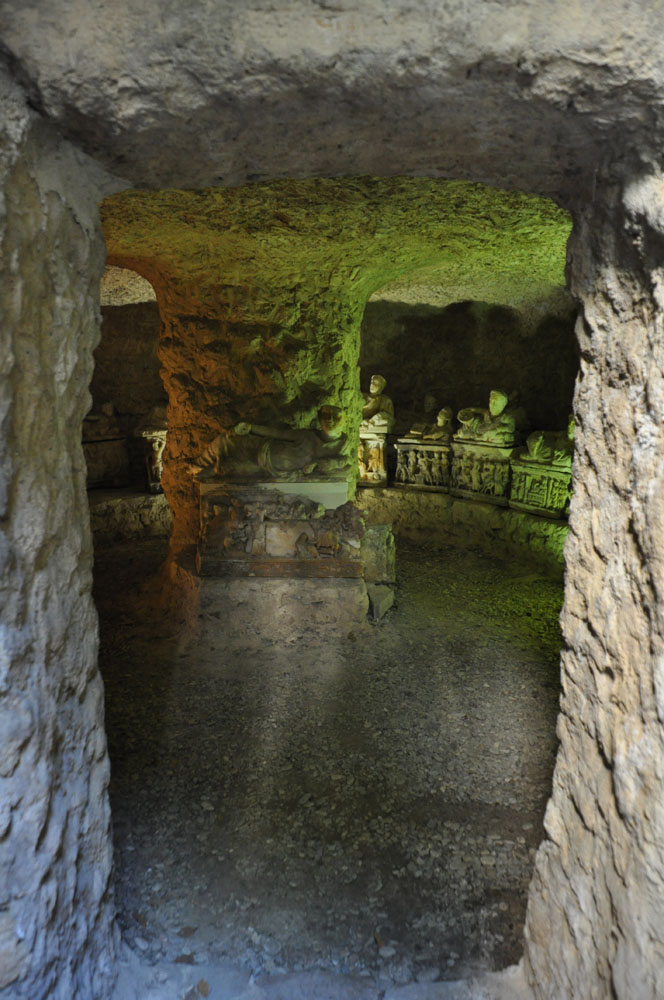 Walking into the tomb

The garden, as you can imagine, evolves with the seasons and is beautifully kept up by a gardener with a great touch for flowers. The “archaeological garden” is certainly a unique experience in Florence, where you can learn about Etruscan history by walking in it, while a well-informed guide explains it to you.

Spring flowers in the garden

The garden is open regularly only on Saturday mornings, and is accessed with an obligatory guided tour included in the museum ticket price.

When the weather is good, as it has been often this Spring, the garden is open when there is sufficient museum staff. You can call ahead (055 23575) the day of, or send a tweet to @MAF_Firenze. 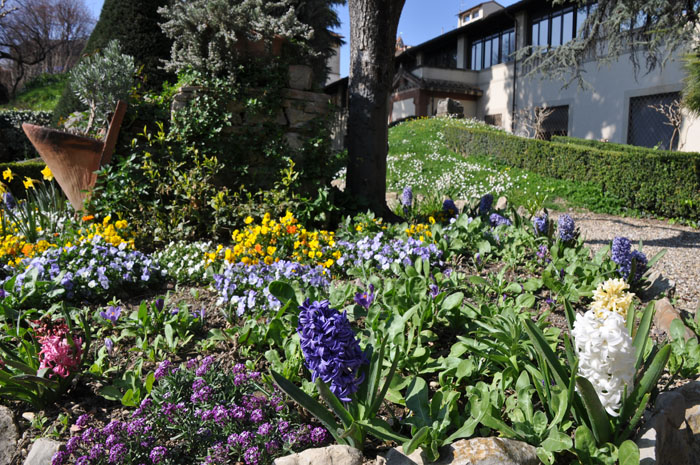