One of the best things about living in Italy – as well as the food, the weather, and just… living in Italy – is the proximity to so many places to visit. Where I grew up in Canada, a 4-hour drive would get you a day trip at some fort in the middle of nowhere. My present home of Florence may be a small town, but at least I can go hiking in its green hillsides straight from my front door. A short drive takes you to any number of cute Tuscan towns to visit. Fast trains connect you to Naples, Rome and Milan, Verona or Venice. And if you’re willing to put up with the hassle of getting on a plane, you can arrive just as quickly and cheaply in any one of the great European capitals.

Spending a weekend in Europe, in one of its major cities, is just enough to get a taste of what’s on offer, knowing you can easily return soon. Honestly, I don’t do this often enough, resting on my laurels so to speak: in over 15 years I still haven’t exhausted the options for weekends in Tuscany. But when I want to get away to see a major museum and breathe some big city pollution (ha ha), here are some of my favourite destinations. 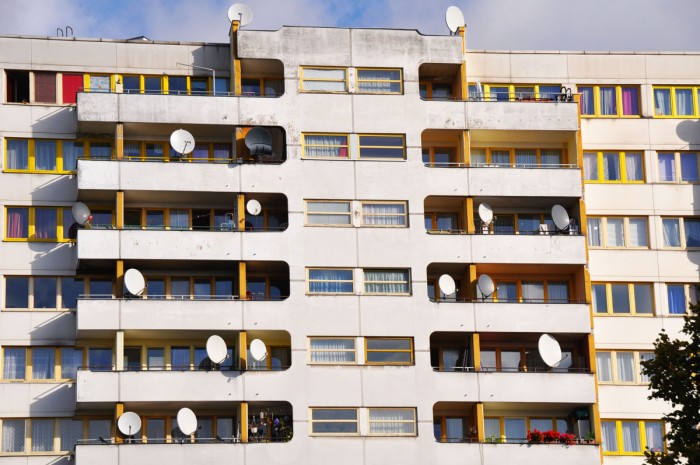 Ah, Berlin. I have spent too little time getting to know you. A 5-day fall trip a few years ago was just enough to get a taste, at just the right time, as “they” were saying one ought to go before it became overly gentrified. What struck me most about Berlin was how bohemian it was – people hanging around in outdoor bars made of upcycled crates, co-workings full of mismatched furniture, small private galleries hosting beer-fueled midnight talks. I took a street art tour, which I felt was a good way to understand this world.

The other side of Berlin is Museum Island, where you could spend a few days moving your way through art history, from Egypt through to Romans, Asian and Islamic art to 20th-century Germany. There are also some really great state and private museums in other parts of the cities. My two favourites were the really uncrowded Neue Nationalgalerie (20th-century German art in a fantastic building by Mies van der Rohe – currently closed for restoration) and the rather too crowded but really fascinating DDR Museum, which spotlights life behind the Iron Curtain.

Looking at this #painting by Sam Francis: my favourite at the @tate Modern

It’s a bit obvious, but London is one of the best places for a quick European trip, especially now that the pound has tanked. Get it while it’s still in Europe, right!? Even in the wintertime, when weather is almost guaranteed to be awful, there’s plenty to do indoors. Take the tube to one of my two favourite museums in the whole world: the V&A or the National Gallery. You can easily lose yourself for the whole day in either, and entry is free, at least to the permanent collections. Being partial to the Italian paintings, of course, that wing of the “natgall” is where I would spend the most hours.

On my last visit to London, unable to drag my husband into the usual haunts, I finally went to the Wellcome Collection, a rather quirky assembly of material making up the history of medicine. If the weather is good (as it was for us!), consider it a bonus and head out for a walk in the famous Hyde Park, where the sheer vastness of the green space reminds you that you are in one of the world’s great capitals. Squirrels and ducks seem like novelty to me after spending too long in Italian cities (where at best you get rats and pigeons). 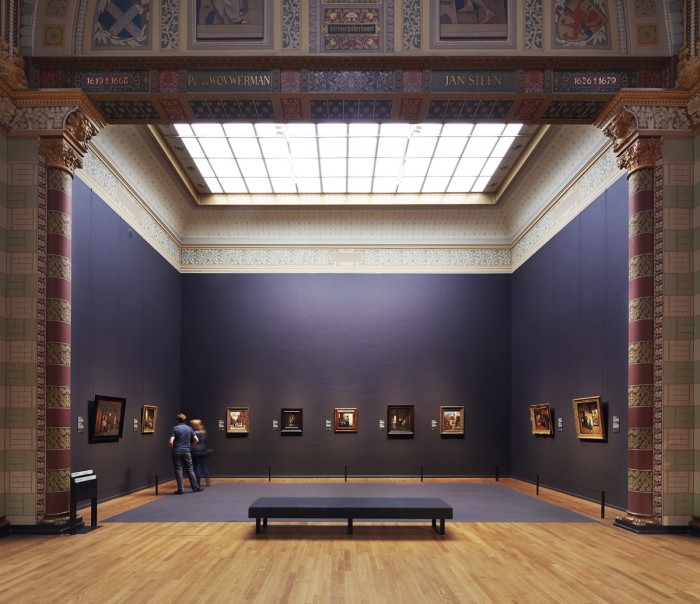 I admit it. I have never been to Amsterdam. I don’t really know how that happened, since I have wanted to go to the Rijksmuseum for as long as I can remember. The museum is – I imagine – one of those places where every hall contains something that will jump out at the eternal student of art history. While I specialized in Renaissance Italian art (which is really why I haven’t ever been to Holland), the art of the “Netherlands” was on the undergraduate curriculum, and I encountered rather more of if when I did my graduate studies in prints: the Dutch printmakers were some of the most innovative, and very cheeky too. Other visitors may prefer the Van Gogh museum or the Sex Museum, while I have heard that the Anne Frank House is underwhelming. Personally, my goal is to go in Spring, when the tulips bloom at the Keukenhof gardens – I may be an art lover, but bulbs pushing up after a long Winter are the happiest thing in the world. 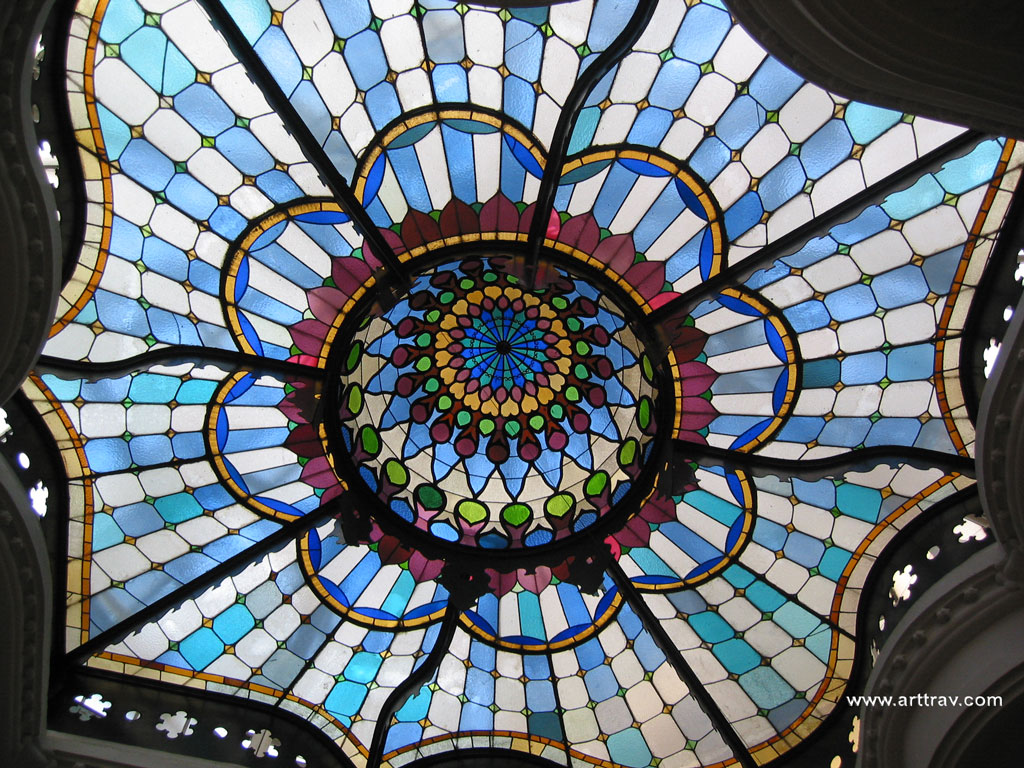 Skylight in the decorative arts museum of Budapest

I’ve had the fortune of going to Budapest twice, once by car from Florence in 2005 or so, once on a longer trip down the Danube with my mom when I was a kid, soon after the fall of the wall. My maternal family is from there, so I had the privilege of being escorted by locals who were proud to show off the best of their city. At the time, there was still a strong sensation of recent wealth, of east meets west, with crumbling buildings awaiting restoration alongside newly shining exemplars of the country’s best Art Nouveau architecture.

For art lovers, the Hungarian National Museum often has interesting exhibitions, but my absolute favourite place to visit is the Museum of Applied Arts (Iparművészeti Múzeum). The late 19th-century building’s architecture is a joy to behold, it really is, while the collection of maiolica, in particular, demonstrates such incredible creativity. Other than museums, although hardly off the beaten track, I also really enjoyed the Matthias Church, with its over the top neo-Gothic decorations.

Where would you go? For more weekend break ideas, check out the deals on Voyage Privé.