Totally Lost is a collective photographic research project mapping “uncomfortable” places linked to Totalitarian Regimes in over 25 European nations. So far, 186 photographers have mapped some 300 locations and taken about 2600 photos. Abandoned insane asylums, now-quiet Fascist summer camps, and absurdly shaped monuments to nothingness, photographed with a stark modern eye, testimony to a near-past that has been too quickly and forcefully forgotten. These abandoned totalitarian buildings in Italy are some of the creepiest yet most wonderful things you’ll see this year. 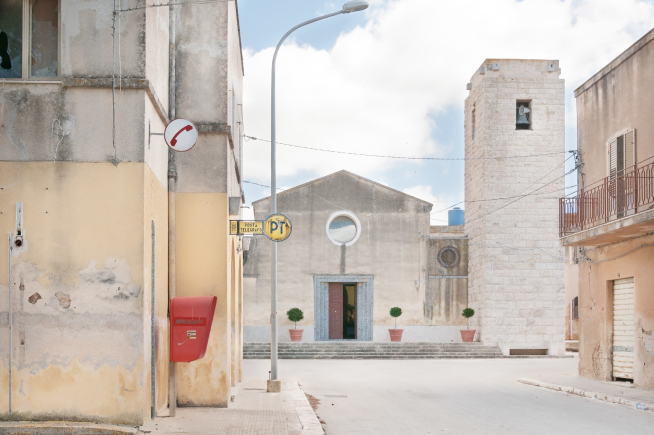 Post office, police headquarters, school, church, main piazza… this small town has got everything you’d need and want in a charming sourthern Italian location. Except for inhabitants. Began in 1943 and never fully completed, a dozen families inhabited this half-town until the 1970s. 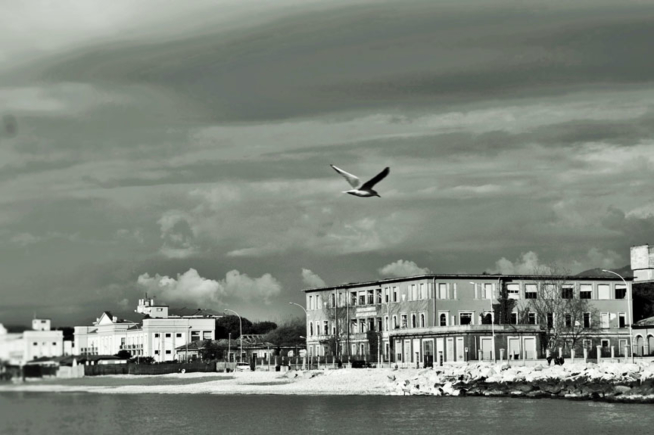 Hundreds of rooms, swimming pools inside and out, dining hall, infirmiry… just one problem. This 35,000 square meter resort in Tuscany has been abandoned since the 1980s. It was built in 1926, and was used in a propoganda film soon after WWII. Now… seagulls. 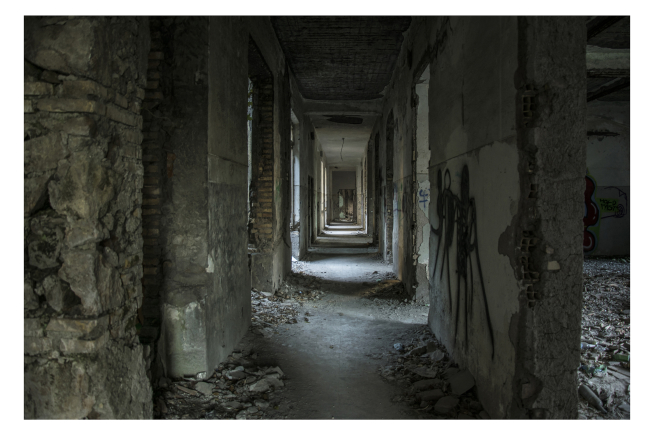 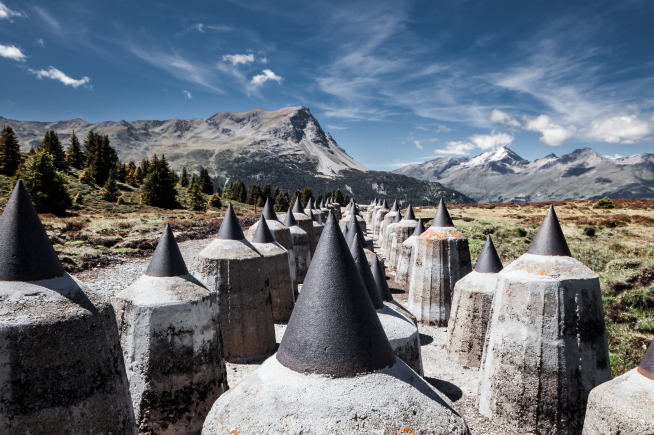 No cart shall pass. But if you like interesting contemporary sculpture, you might think this was an installation for art’s sake, rather than a military defense made in 1938. The name of this charming location? Pian dei Morti. Valley of the Dead. Wonder why? 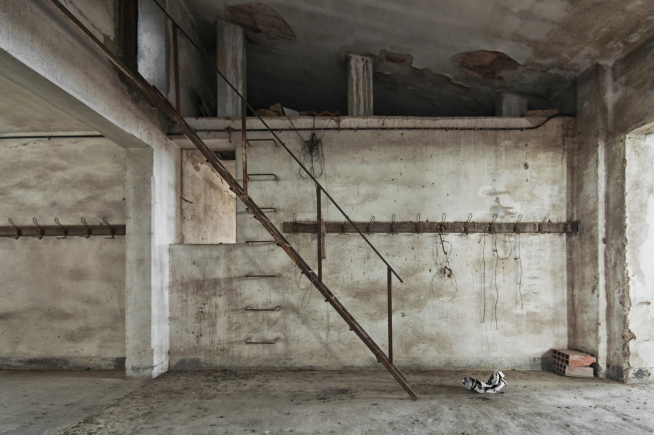 This huge building belonging to the tabacco consortium in the Padana plains was constructed in 1946 and is still in partial use. If you’re looking for racks, metal hooks, shady stairwells or anything else as a backdrop to a chase scene at the end of the movie, this is your ideal set. 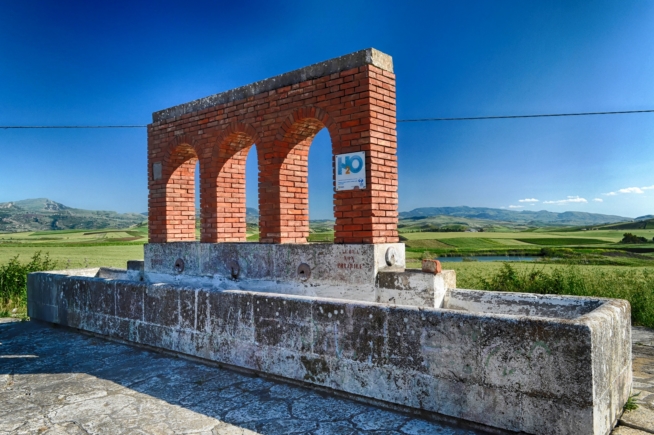 Part of a great Fascist plan to create small towns close to farmlands in order to discourage farmers’ migration to big cities, some 100 people lived in this town in the 1940s. By the 70s, only one family was left, and that was Signor Sollazzo, who owned the general store – and closed it. Now it’s a ghost town, crackling in the Sicilian sun, bits of metal bouncing down the empty piazzas blessed by a warm wind. 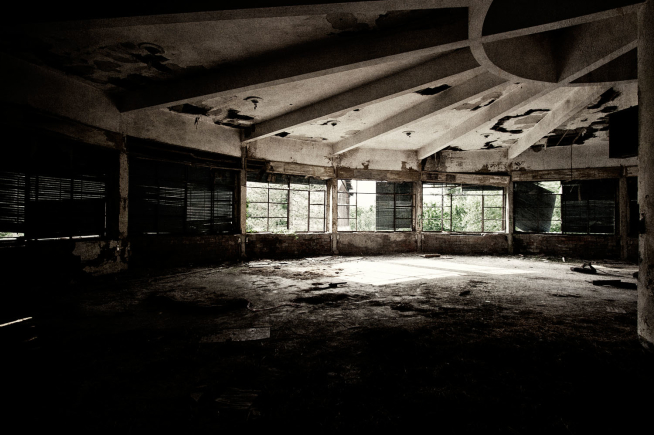 Constructed in just 7 months as a Fascist childrens’ holiday camp that gives new meaning to the phrase immerso nel verde, in WWII it was a partisan stronghold, where Germans and other suspected fascists were held prisoner. 129 soldiers and prisoners were shot here, their bodies dumped unceremoniously in the nearby dense woods. Needless to say, it wasn’t used after that. Evening stroll, anyone? 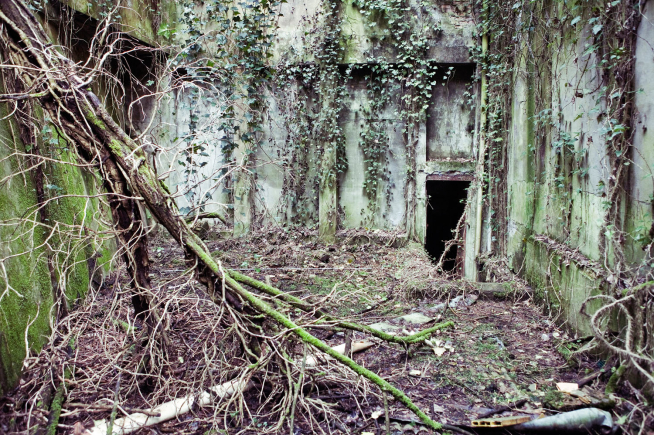 Nature taking over the Caproni factory

Mussolin commissioned this aeronautic factory in 1935 to be run by Giovanni Battista Caproni, one of the fathers of Italian airspace engineering. About 150 planes were made here. A series of underground tunnels provide handy escape routes, in which were set up the first Italian cultivation of champignon mushrooms. 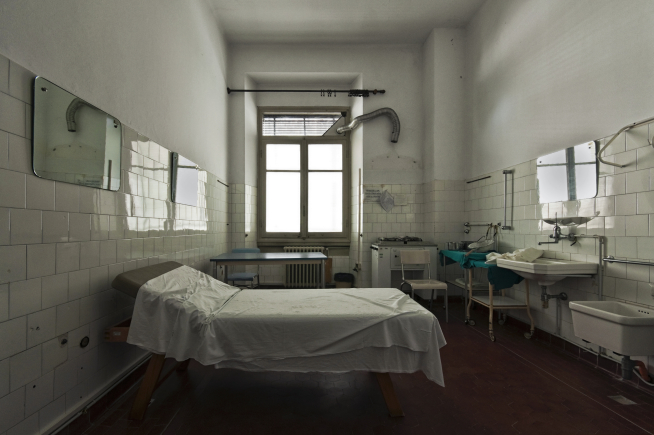 Built in 1939 and recently restored, and then abandoned – seemingly very suddenly. This is otherwise a perfectly well equipped hospital. If not somewhat out of date.

This European Union project is available to all through the online database at www.totallylost.eu

An exhibit of some of the photographs most related to the Romagna area of Italy has been curated by Spazi Indecisi and will be open 9 – 11, 16 – 18 and 23 – 25 September 2016 at the following locations: Casa del Mutilato, Forlì – Acquedotto Spinadello, Forlimpopoli – ex Casa del Fascio di Teodorano, Meldola.

Two cultural itineraries have been created in a territory that is set up like an open-air museum: “Totally Riviera”, a voyage to the coast through what remains of eight Fascist-style colonies and “Totally Terra”, an itinerary that connects to inland buildings such as Case del Fascio, military industries, etc. These two maps will be handed out to visitors leaving the exhibitions.