A cultural weekend in London, Bloomsbury

This is a guest post from Jude Harrison, who works and enjoys hanging out in the Bloombsbury area of London and thus offered to tell us about some of his idiosyncratic favourites in the big museums of that great city… just in time for the Diamond Jubilee and the upcoming London Summer Olympics!

London is one of the biggest global destinations for tourists and travellers, attracting millions of visitors every year. Some of those people are just travelling through London (either for a connecting flight through to America or on their way East), but as you probably know, being well connected to continental Europe, London makes for a great weekend destination (from Florence, Italy, or wherever you might live). 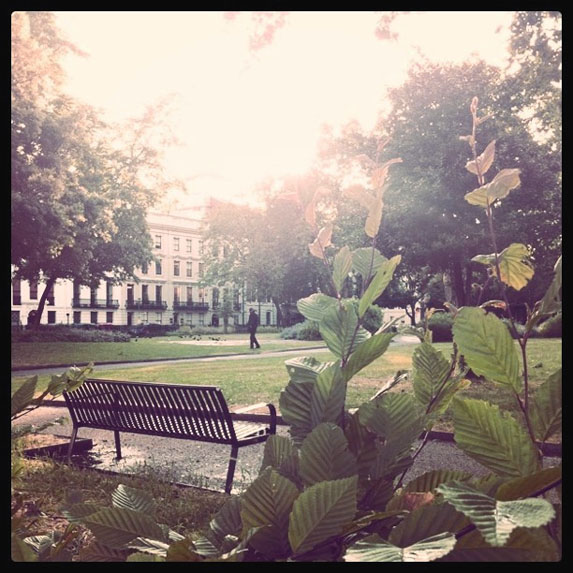 Whether planning a weekend in London or just a stopover on a flight, why not take a day to look around? If you choose a particularly centrally located hotel in the city that isn’t too expensive (I personally like the well-located Bloomsbury Holiday Inn), you’ll find yourself well positioned to take advantage of the many museums and theatres nearby that make a short visit profitable.

Start the day off by taking a stroll around the gardens of Bloomsbury Square (the first formal square in the city, apparently dating to 1660!) with a fresh coffee and a pastry from one of the many tiny boutique cafés in the area.

From here the British Museum is just around the corner. The building itself is enough of an attraction for some people, with its neo-classical pillars and porticoes which hint of the wealth of Greek, Roman, Persian and Egyptian material contained within its walls. In fact,  the British Museum would be more appropriately named the World Museum, as its artefacts tell a narrative of world history and the development of human civilisation. 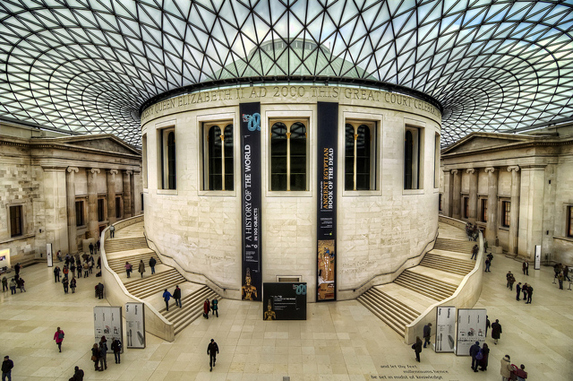 As such, there are exhibits from all over the globe. This has been controversial in the past; there is particular ire with regards to the Elgin Marbles and various Greek monuments, with material that had been excavated, rescued and maintained by British archaeologists in the 19th century now being claimed back by the Greek Government. Much of the material has been handed over to the Athens Museum, where it tells the story of that city. However, some remains in London, where it forms part of world history.

Like almost all museums and galleries in the UK (with the exception of special collections and exhibitions), the British Museum is free to enter – but they encourage donations (about £5 seems reasonable for a museum that really could keep someone occupied for a week).

Once you’ve exhausted yourself in a few of the exhibitions, you should grab a glass of Bordeaux in one of the small wine bars in the area (and maybe some crackers and cheese as well – all that new knowledge can leave you hungry!). From here, a ten/fifteen minute walk will take you to Trafalgar Square, home of Nelson’s Column and the four imperial lions. The fountains are popular throughout the year but can be extremely busy in the summer.

At Trafalgar Square, there is a choice of art galleries, with both the National Gallery and the National Portrait Gallery in situ. I personally prefer the latter – it has a range of Holbein’s (a famous Tudor painter and creator of the iconic image of Henry VIII, which can be viewed here). 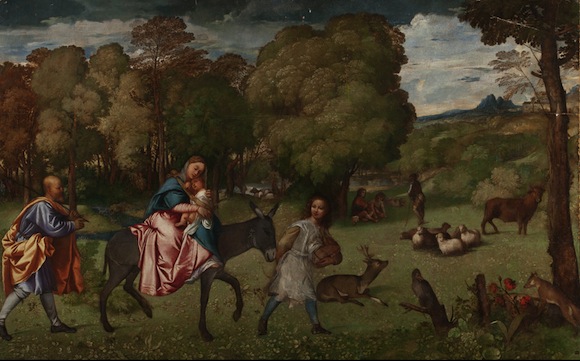 However, the National Gallery is running two interesting Titian exhibitions – from April 4 to August 12 2012 there’s “Titian’s First Masterpiece” centred on his youthful The Flight into Egypt. It’s the first time in 200 years that it’s been displayed outside of Russia, so worth taking advantage of if you are an art lover with no immediate plans to visit St Petersberg/Moscow! A second exhibit, called “Metamorphosis, Titian 2012” (from July 11 until September 23 2012) has contemporary visual artists responding to Titian works in the permanent collection and also features some dance performances in the gallery. It is part of the cultural projects planned for the upcoming Olympics.

There are also many other representations of scenes from Ovid’s Metamorphoses in this huge museum. Ovid’s work has been popular for over 2,000 years and delights and disturbs in equal measures. The various artists who have tackled episodes from Metamorphoses have achieved visualisations that are just as interesting as the literature, but a lot of the themes are dark and violent. For example, one of the pieces that can be seen in the National Gallery shows Europa being deceived by the God Zeus, who has disguised himself as a bull (shape-shifting is common in Ovid’s work), in order to kidnap her from the tranquillity of Tyre. Disturbing indeed.

For those of a more cheerful disposition (like myself), who believe that Metamorphoses is a distressing piece whose art should be confined to the gloomy enclaves of the Victoria and Albert Museum rather than occupy the airy halls of the National, there are copious images of animals in a variety of poses. My absolute favourite is Rousseau’s Surprised! featuring a tiger stalking the jungle. Its appeal lies in the ridiculousness of the lines used to create the scenery, which is suggestive of geometric blindness on the part of the artist. The tiger seems to float on a patch of long-grass, with an inane grin fixed upon his feline jaw. This painting will only appeal to those whose artistic interests can extend beyond diligent adherence to Renaissance lines of perspective. 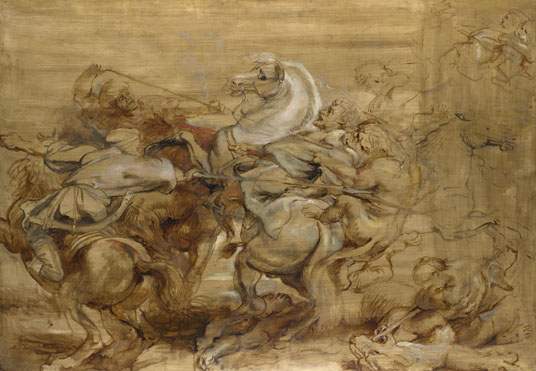 Some fiercer big cats can be found down the corridor, in Rubens’s A Lion Hunt [editor’s note: one of the most famous drawings inspired by the Lost Leonardo battle in Palazzo Vecchio]. Excitement abounds in this sketch, as a lion leaps from the bush to attack a mounted rider from behind. If this image had a bit more colour it would certainly be a childrens’ favourite; as it is, this dubious honour goes to the giant painting of a famous racehorse by George Stubbs, on the floor around which can be found scores of children attempting to recreate the comically oversized likeness of the rearing Whistlejacket.

If your tastes are less high-brow (i.e. you are the kind of person who ‘knows what they like’), then you may prefer to visit the (also nearby) Cartoon Museum, which combines the workmanship of creating the images used in classic cartoons with a major blast of nostalgia and feel-good factor.

You might also like to visit one of the many theatres. Bloomsbury is within a five minute walk of London’s Theatreland, which offers a diverse range of plays, shows, musicals and operas. My personal favourite is The 39 Steps (on Piccadily), but if you want something that is universally popular, try Les Miserables or The Lion King.

So come to London and give yourself enough time to explore at least these great museums… or maybe more!

Jude Harrison lives in London and is a serial visitor of its museums and galleries.