8 things that may surprise you about Italians

Stef and Nico are Dutch expats in Italy since 2008. Their adventure includes buying a home in remote Lombardy and renovating it to make a B&B, with plenty of funny stories on the way. Stef has recently published these anecdotes in a hilarious book Living in Italy: The Real Deal – How to Survive the Good Life, translated from the original Dutch. With the same sense of humour, he’s written up these 8 surprising things about Italians he’s learned about Italians during his time here. 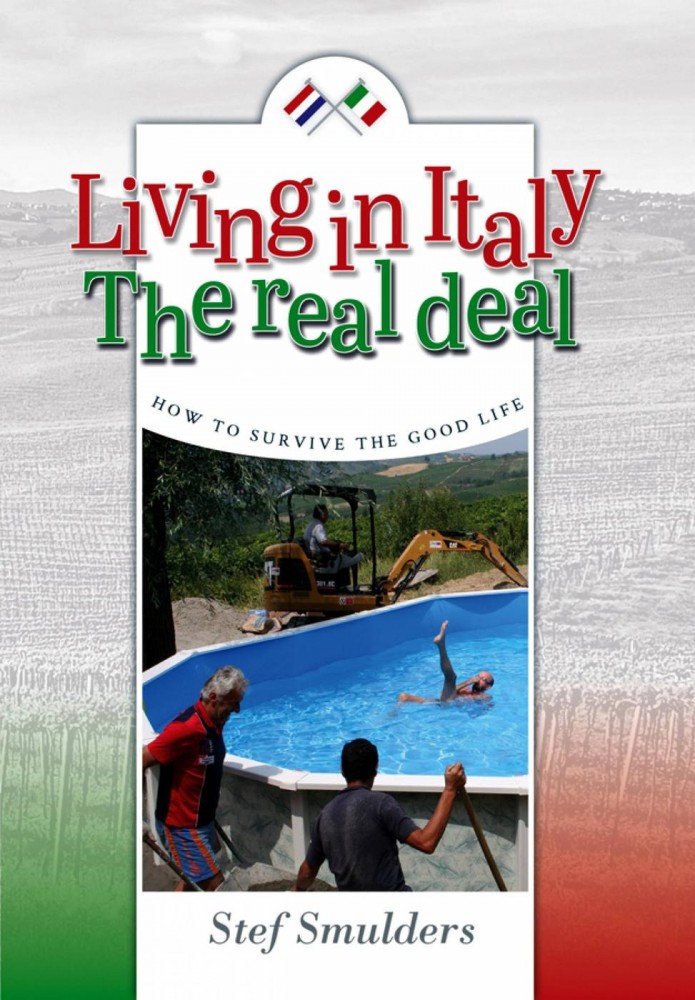 As Beppe Severgnini said in his book La Bella Figura “Your Italy and our Italia are not the same thing. Italy is a soft drug peddled in predictable packages, such as hills in the sunset, olive groves, lemon trees, white wine, and raven-haired girls. Italia, on the other hand, is a maze. It’s alluring, but complicated.”

Everybody knows about the beauty of Italy, the culture, the climate, the food, the landscape. And yes, most of us also know about the horrific traffic, the slow mode of doing things (domani), the mafia, the bureaucracy and so forth. Still, there are some things you will only become acquainted with once you live in Italy for a while, longer than the average holiday allows, say six months or longer. Some of these things are nice, other funny and others again, annoying. They often have to do with one of the three major obsessions of the Italian mind: safety, health and food. In this article I list a few of these ‘surprises’ that I as a Dutch expat, living in Italy since 2008, have experienced hands-on. Fasten your seatbelt as it is going to be a bumpy ride!

1/ Italians do not drink coffee all the time

In our home country, The Netherlands, we offer a cup of coffee to guests when they arrive at our home or office. Every meeting or visit starts with a cup of coffee. But to our big surprise – Italy is the country of espresso and cappuccino! – the Italians we receive at our home always decline the offer, indicating that their stomach only supports it at breakfast, after lunch or dinner, but not midday or at other times. When I say that I’m used to drinking eight or ten cups a day, they look at me with compassion: “you are surely going to encounter severe health problems or death for this!”

As demonstrated by the aforementioned non-coffee-drinking, the average Italian is preoccupied by health issues, much more than we, Dutchmen that are used to bad and cold weather, think is… healthy! In Italian university cities, for example, you’ll see a lot of people riding bikes: it’s a favorite, cheap mode of transport for students. But not when it rains, not even when there is only a slight drizzle! The streets are void of bicycles (and pedestrians) then. Rain is bad for your health, you’ll catch a cold subito. In Holland, if you didn’t bike in the rain, you’d stay home half the year! When we do this we attract the attention of horrified Italians. “This guy must be mad, he’ll end up in hospital for sure!” The health problems you will hear Italians complain most about are the colpo d’aria’(draught) and the cervicale (a kind of pain caused by stiffness of muscles in the neck). These are usually caused by cold wind and rain. Disaster!

When expats talk with natives, inevitably the comparison between citizens of your country and the average Italian comes up. Without exception, the local will praise the customs and character of your fellow countrymen as opposed to the maleducati italiani. Italians prefer foreigners as their clients, guests and neighbors. Italians are always arrogant, untrustworthy, and rude in their eyes. 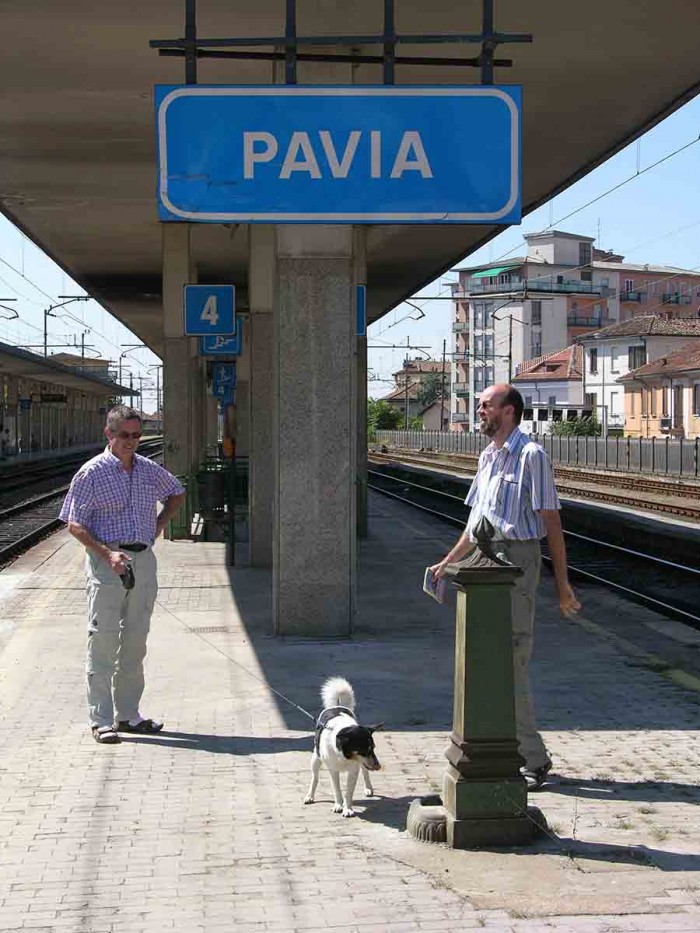 In the countryside, you’ll notice that a lot of farmers still have a watchdog that is forever on a short leash and always outside, summer and winter. Some have a bunch of hunting dogs that stay in small huts all year except for during the short hunting season. You get the impression that these animals are seen as tools, useful, but not ‘man’s best friend.’ But you only need to enter a bar or restaurant with a domesticated pup that customers and owners alike start to cuddle your pet, exclaiming words like monello, che carino, che sei bello as if your dog were your firstborn child. They love them! The best way to get into contact with locals is to borrow (or adopt) a dog for when you go out to eat or drink: you are sure to enter into a conversation with all of those present.

Italy is one of the major wine producing countries in the world and so everybody tries the country’s wine when on holiday here. And the Italians drink wine as well of course. Even on work days at lunch. Some of the pensionati, the old men you see in or in front of the bars of every village, start in on the wine around 11am or so. And wine never fails to be abundantly present at dinner. But there is an exception: with pizza almost every Italian drinks beer. If you ask them why, they say it tastes better (the gastronomic argument) or that it is better for your digestion (the health argument). If you order a wine with beer, some may look at you a little surprised. If you want to blend in: try a beer.

6/ While spotless in private homes, Italian public toilets are “surprising”

During my first 6 months in Italy I lived in the university city of Pavia, 25 miles south of Milan. Going out and drinking quite a lot, I had to visit the restroom on many occasions. Every time I was presented with a ‘surprise’, which often was a nasty one. After a while I started taking a special interest in what I would discover: that there would be no seat, or at least no useable one, was to be expected. I have come to the conclusion that the public toilet in Italy is still considered to be a squat toilet (the ‘hole in the floor’), albeit with an extension on top, a sort of funnel that allows for better aiming. No seat then, at least not on the toilet itself. The seat often still is laying around somewhere in the room though.

Don’t be surprised if there is no toilet paper either: always bring your own! More often than not you will not be able to lock the door, as they key of the original lock is missing and the hook clasp that was fitted instead is long gone. So you find yourself performing athletics: you need to check whether the door opens towards the inside in which case you may be able to block it with your foot while squatting above the toilet, thus avoiding an unpleasant ‘exhibition’ when some other needy person tries to enter. Unfortunately, the WC is sometimes so large as to make this blocking tactic impossible. In many cases the door opens to the outside anyway. I could go on about this for many pages, and have done so in my book (link above).

7/ Each Italian has his/her “secret address”

Food is the major reason to live in Italy and an obsession of both expats and locals alike. When talking food with your neighbours, your interlocutor will often start to tell you about a very special address where the best prosciutto, the best fruit, the best wine, etc., is to be had. A place nobody else knows about as most people are satisfied with low quality products. According to the ‘expert’ you are talking to at that specific moment, that is. As it turns out, every Italian has these altogether different addresses where the best this or that is to be had. Every Italian considers himself or herself to be the expert on gastronomic matters, where others are just ‘dilettanti’, amateurs. Do not contradict, just nod politely and take note of the addresses. All of them. 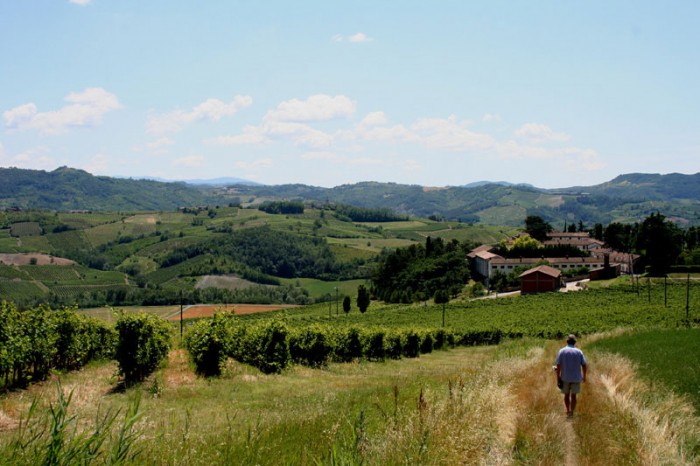 Italian road signage is notoriously sloppy as anyone who has one tried to navigate the Italian spaghetti roads knows. But there is a specific phenomenon that I only noticed after a couple of years: the last sign, to a restaurant, a hotel, a bed-and-breakfast, a winery etc. is always missing. I know of a winery in our area that must have spent thousands of euros having the regional administration install 30, 40 or maybe even 50 official direction signs to their office. But once you arrive at the destination there is nothing and if you do not know where to look you will miss it and drive on and on without finding it. Why? I have come across this phenomenon so often that I am sure that there is something deliberate behind it. It could not just be sloppiness or chance.

After giving it a lot of thought I have developed the hypothesis that the last sign is missing because Italians are also safety maniacs. They think the country is swamped with burglars and as soon as they know where your office (and money) is, they will come after you, for sure. So it is better not to indicate the exact location of your firm. The owners probably expect you to phone them once you are near, so that they can provide you the final directions ‘a voce’.

Stef Smulders is the author of Living in Italy: The Real Deal - How to Survive the Good Life (an expat travel guide) and owner, with his partner Nico Boots, of the B&B I Due Padroni in the Oltrepò Pavese.