Florence with children from Christmas 2012 to Epiphany

If you are staying in Florence with your children during the 2012 holidays or you are coming here from abroad, here you can find loads of culture and sports to do with your children in town, in order to have fun and learn new things together.

Here is a day by day calendar of Florence events for kids for over the holidays. While we usually list things for kids Francesco’s age (4 years), this list also includes a few activities for slightly bigger kids.

Florence’s Planetarium (Fondazione Scienza e Tecnica, via Giusti 29) presents stories under the stars for kids aged 5 and up with their families, at 3pm or 4:30pm. See here for details.

Florence Winter Park at Obihall (Lungarno Aldo Moro) presents “Waiting for Santa” – saint Nick will be welcoming children with small gifts and souvenir photo. From 10.30 to 12.30 and from 15.30 to 17.30 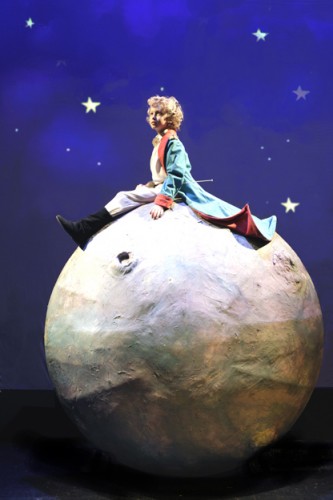 Or for kids who’d rather sit still, go to the theatre for the timeless classic Il Piccolo Principe (the Little Prince) by Antoine de Saint-Exupéry! At 4:45pm at Teatro Puccini (Via delle Cascine 41)

Christmas Day at home can be boring after all the gifts are open! Skip the traditional going to the movie theatre and go see Cappuccetto Rosso (little red riding hood) at 4:45pm put on by our favourite puppeters, Pupi di Stac, at the Teatro Puccini (Via delle Cascine 41). 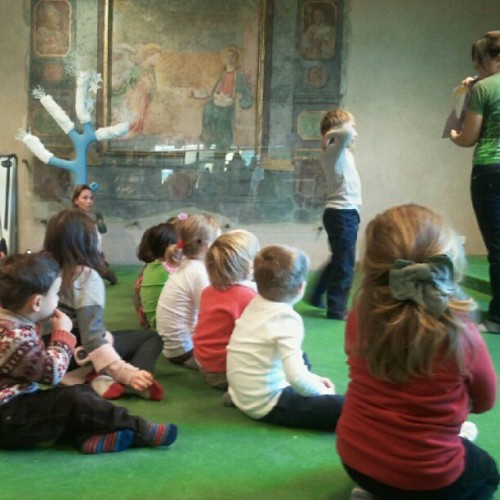 Oblate Library (via dell’Oriuolo 26): 4:30pm Reading and workshop in Italian for 3-6 year-old children “A sweet little man” –by Scioglilibro Association. Starting from the traditional tale “The GingerBread man” written by Stefano Bordiglioni you will create a soft and sweet puppet with coloured cloth and felt. We love the Oblate’s Cafetteria for its healthy snacks and good view of the Duomo, too.

Not much to do on New Years’ day, but there is some theatre for kids:

Oblate Library (via dell’Oriuolo 26): 4:30pm Animated reading “Run the broom” –with puppets for children and families by the cultural association Teatrolà.

In the afternoon a Marzipan workshop at Ikea (Sesto Fiorentino) from 17.30 to 18.30 for children aged 4 to 10. They can knead, mess, create their own Epiphany marzipan cakes (and we can go shopping with Ikea sales just started). Sign up here.

Florence Winter Park at Obihall (Lungarno Aldo Moro) “W W the Epiphany” with entertainment, games and sweets gifts for children from 15.30 to 17.30. 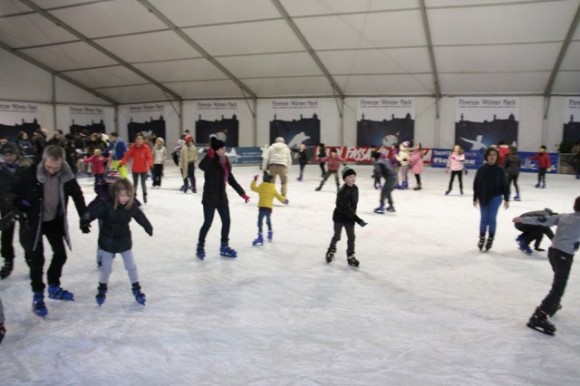 Florence Winter Park at Obihall (Lungarno Aldo Moro): The winter park on the banks of the Arno River is in full operation: from December 21 to January 6 it hasextended hours from 10am to midnight. Skating on a small ice rink overlooking the arno, or skiing on a tiny slope, perfect for kids who have never skiiedor snowboarded before, plus a winter market and other fun activities. See www.firenzewinterpark.it for costs and times of various activities.

Ice skating rink at the Parterre (near Piazza della Liberta) – this is Florence’s traditional location for the ice rink, ever since it moved out of downtown. Last we looked there is a free rink in front of the Coop in Gavinana (the skates cost money to rent, though).

Have fun and relax during these holidays! We’ll be back in 2013 with more Florence for Kids!

Laura is the founder and CEO of MakeTank. She is the mother of Francesco, and for arttrav writes about travel with children.