Giovanni di Paolo Rucellai envisaged this palace as a statement of his wealth and prominence, and the importance of his family in the Santa Maria Novella neighbourhood. The commission of a family palace must be seen also in light of Rucellai’s other architectural commissions, those for the facade of the church of Santa Maria Novella, the family loggia and piazza out front of his palace, and his personal burial tomb in the shape of the Holy Supulchre annexed to the parish church of San Pancrazio. 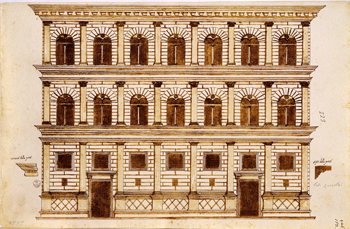 To paraphrase what Giovanni wrote in his memoirs, “from 8 houses I made one” – 3 on via della vigna nuova and 5 behind. Having had the old houses practically gutted in a pretty intense rennovation, Giovanni commissioned Alberti to design a facade to unify the hodge-podge structure behind. The very regular facade has been attributed either to Alberti or to Bernardo Rossellino, since we lack documents. There are some equivocal stylistic and iconographical elements that argue for a date beyond that possible for the attribution to Alberti. Nonetheless I’m going to stick with the traditional attribution to Alberti. 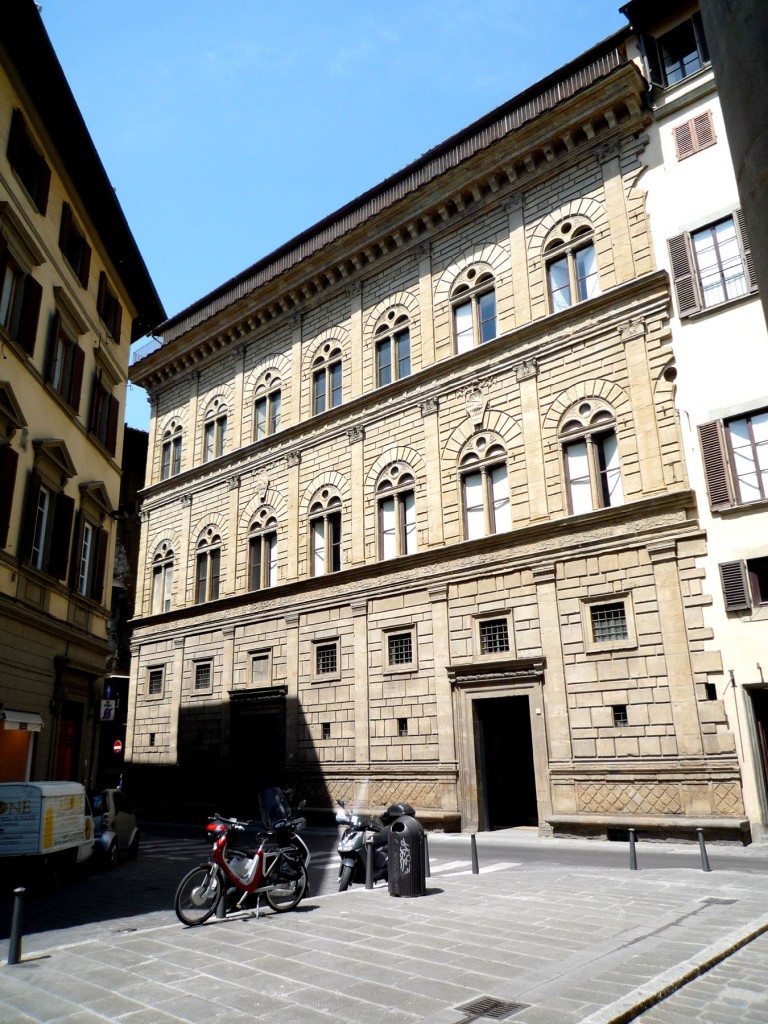 The main characteristic of this palace facade, and the one that distinguishes it from its precendents, is the regularization and division of the bays by pilasters. This classical element, borrowed from ecclesiastical architecture, adds a sense of dignity to the palace. The stone is much smoother than that of the Medici palace, which provided the main influence for Florentine domestic architecture in this period. A feature that does seem to come from the Medici palace is the bench that lines the facade. Benches were useful waiting areas for visitors, as well as simply a place to sit for neighbours to chat. This bench is a very dainty version, with a backrest of diamond shapes made to emulate indoor furniture. 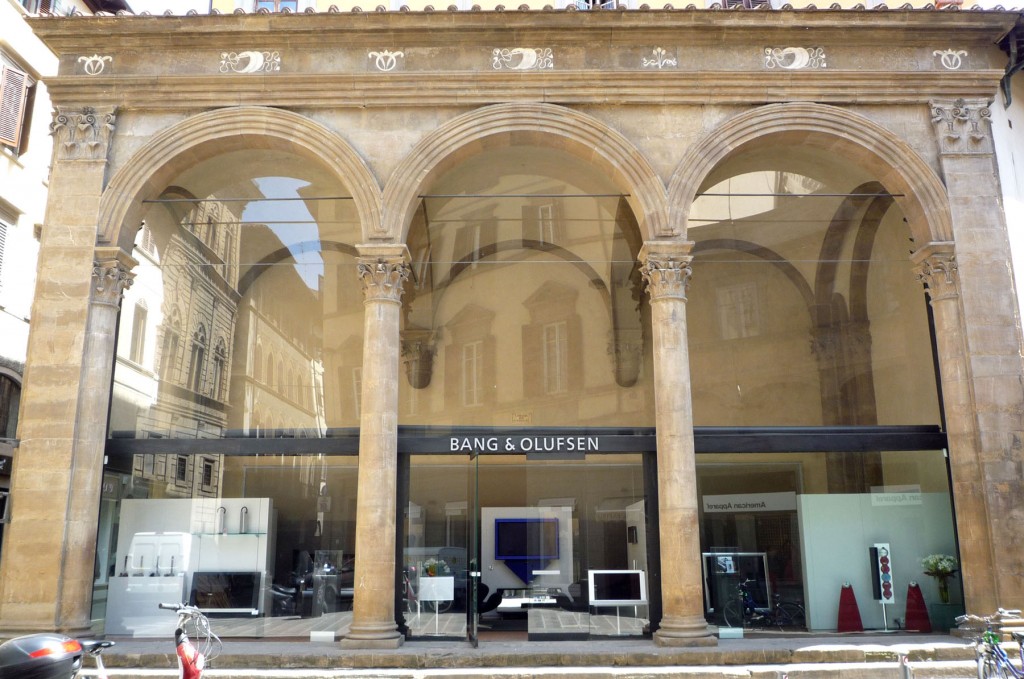 The loggia, across the very small piazza in front of this building, was built in the 1460’s after a relative of Giovanni’s charged him, in his will, to build it. (It now houses a store, which has changed since it was Bang & Olufsen.) The purpose of the loggia was to host family parties – like a grand rec-room. The loggia and palace combined reflect the Renaissance desire to make family lineage visible, and to provide a constant place for it.

Giovanni Rucellai wrote that he hoped the Rucellai would always live in his home. As far as I know, the family is still in charge of it. The building houses an archive and a study abroad program called, not surprisingly, The Institute at Palazzo Rucellai (now changed names to ISI Firenze).

For further reading:
–This site in italian describes the history of the building and the recent restoration.